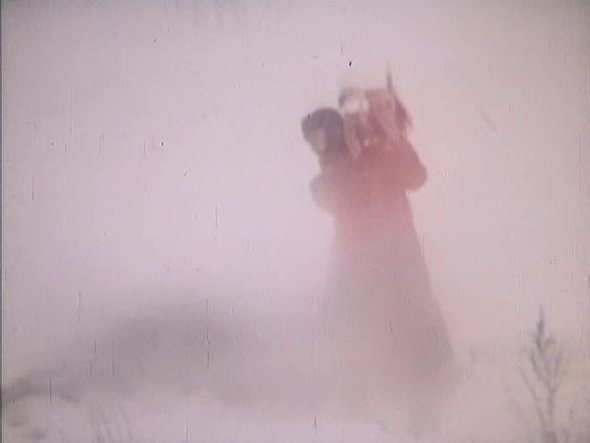 The Horse, the Violin and Some Nervousness

In Soviet times it would have been described as a ‘stormy debate’, as critics, filmmakers and academics came together to discuss the future (or otherwise) of Lenfilm, the great Leningrad-housed ‘second’ studio (after Moscow’s Mosfilm) of the former Soviet Union. It was the end of a symposium at the 12th goEast Festival of Central and Eastern European in Wiesbaden, Germany, and the climax of a retrospective that aimed to show how the studio’s output ranged beyond its recognised ‘classics’ (though there was still room for Grigori Kozintsev and Leonard Trauberg’s 1935 The Youth of Maxim), spanning both the avant-garde and the populist.

Thus the films ranged from Irina Evteeva’s The Horse, the Violin and Some Nervousness (1991) – a contemplation of the poet and playwright Vladimir Mayakovsky that’s like an Andrei Tarkovsky film re-envisaged by Stan Brakhage – accompanied by a mash-up of the music of Dmitri Shostakovich – to Igor Maslennikov’s wildly successful The Twentieth Century Approaches (1986) (the sixth part of his telefilm series ‘The Adventures of Sherlock Holmes and Dr. Watson’), with its peculiar take on early 20th-century London. Some rate Vasily Livanov’s portrayal of Conan Doyle’s great hero as the definitive screen incarnation. 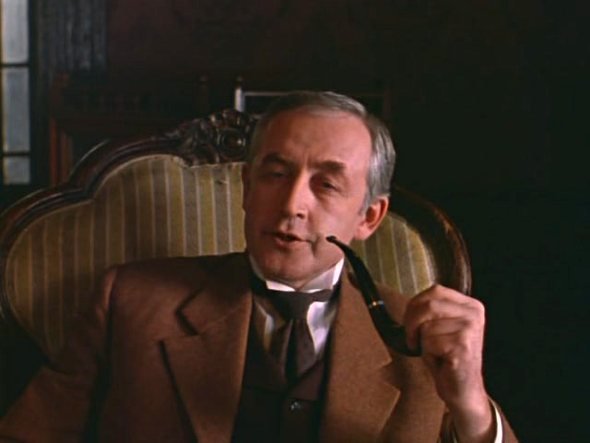 The Adventures of Sherlock Holmes and Dr. Watson: The Twentieth Century Approaches

Perhaps the retrospective’s secret ‘hero’ was Fridrikh Ermler. His pride in having been a member of the Cheka – precursors of Stalin’s feared NKVD secret police – has led to him often being reviled as a pro-Purges conformist; in fact this self-mythologiser had spent most of his time at the agency shuffling paperwork.

Ermler’s films are a series of Manichean wrestling matches as he deliberately seeks out opponents to test his belief in Communism. Most extraordinary was the 1965 documentary Facing the Judgement of History, an extended staged interview with the veteran monarchist politician Vasily Shulgin, who had persuaded the Tsar to abdicate in 1917 in an attempt to deflect full-scale Bolshevism). Hauled back to Leningrad to retrace his past ‘mistakes’, the subject calmly defuses Ermler’s accusatory bombs.

The symposium included papers on subjects including Lenfilm’s avant-garde, recent discoveries from the archives and Shostakovich’s work at the studio. The final panel discussion made for an ending that was, paradoxically, both animated and downbeat.

As with St Petersburg/Leningrad itself, Lenfilm has had an independent streak, probably engendered by that second-place status. The studio took its name in 1934, after morphing through a variety of identities since the 1918 state collectivisation of the former Aquarium theatre-garden, which had hosted Russia’s first public screening in 1896.

In the 20 or so years since perestroika, Lenfilm, like Russian film production in general, has stumbled through a constantly changing landscape. Russian filmmakers have long complained about the difficulty of finding funding at home, and even arthouse darlings such as Aleksandr Sokurov have been forced – more or less willingly – into international co-productions. That may not seem unusual to Western filmmakers, but for those brought up in the Soviet system – in which, whatever the difficulties, they were rarely financial – this has come as a shock.

Rampant piracy has also undermined the industry. Lenfilm’s own back-catalogue runs to about 1,500 titles, but some legitimate-looking Russian DVD labels seem to have been sailing more than close to the wind for several years. 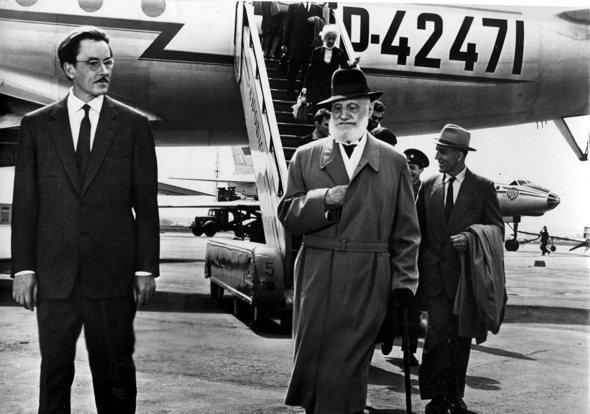 Facing the Judgement of History

In 2003 Lenfilm leased its rights to a television station, using the capital injection to upgrade its sound stages. But it was a catastrophic decision: not only did it lose the income, but ten years on its facilities are again relatively outdated, and many demoralised members of staff have gone to the better-paying Mosfilm or quit the industry altogether. With the licence now about to expire, the studio perhaps hopes to repeat the exercise, but it is by no means clear that it will regain direct or total control over the rights.

As a result, Lenfilm has moved from being an Ealing towards being a Pinewood – from a studio making its own identifiable films to a facility renting out its space, props and costumes (at least, the ones that haven’t been stolen). ‘Superfluous’ studio spaces have been transformed into unrelated businesses, including tennis courts and supermarkets, in a desperate bid to maintain income. And recent events beg the question of the studio’s very survival.

As Lenfilm faces bankruptcy, an ‘official’ plan – backed by President Vladimir Putin and the City of St Petersburg – would see it 25 per cent state-owned, with the rest held by Sistema, a conglomerate whose interests range far beyond the media. The studio would also move out of its prime central St Petersburg location, freeing the site for Sistema’s new business park.

Filmmakers, suspecting a land-grab (the site has been ludicrously undervalued), and fearing that Lenfilm’s new incarnation will find no room for anything except the most blatantly commercial films, have counter-proposed a loan of 2 billion rubles (£40 million) to be repaid over ten years from ongoing productions and the reversion of its all-important rights. Ironically the plan is fronted by Sokurov, whose Faust was funded through Putin’s direct intervention. An open letter to Putin was signed by many of the important ‘artistic’ filmmakers, including both the Alexei Germans (father and son), Konstantin Lopushansky, Alexei Uchitel and composer/producer Andrei Sigle.

(Since the symposium another plan has emerged, backed by the St Petersburg Public Council, but like its rival plans few specifics have been revealed. The Lenfilm filmmakers group recently cut short a meeting with the Minister of Culture in frustration at the speed of deliberations, but declined to discuss it publicly.) 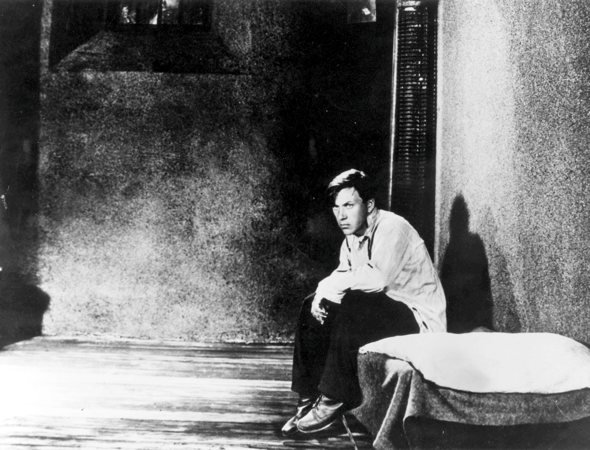 The Youth of Maxim

At the Wiesbaden debate, Lenfilm’s CEO Vladimir Shaydakov issued a stream of would-be soothing words and asked people to wait for forthcoming announcements which he was sure would address their concerns. But he has been promising an announcement for months. Having described the studio as a “city of dreams”, he hopes to see it 100 per cent state-owned, staying on its current site and retaining its artistic independence (though Putin’s enthusiasm for Nikita Mikhalkov’s Burnt by the Sun sequels, with their scandalously revisionist view of WWII, make one doubt the possibility of state-owned ‘independence’). Shaydakov would make improvements to the studio space as well as a training centre, hotel facilities for visiting crews and a café.

That last feature might seem obvious – clearly the studio needs some sort of restaurant – but here there’s an extra resonance. Lenfilm’s old café (along with the city’s underground rock club Café Saigon) were long-standing hang-outs of the Soviet intelligentsia, where one could speak more frankly among colleagues. But will that be a priority for hard-pressed filmmakers? Or for the visiting crews that seem to be a large part of the plan but who will have no interest in the studio beyond its ability to provide the necessary facilities? Shaydakov danced on a knife-edge, seeking to flatter traditionalists and modernisers in turn, bemoaning the state of education but implying that the ‘good old days’ of the cultured elite had passed and that modern audiences demand something new.

It was not a convincing performance, though that was not entirely his fault. With nothing concrete to announce he could only claim that “progress is being made” and point to current productions: Sokurov’s regular returns, Alexei German Snr’s long-gestating adaptation of sci-fi writers Arkady and Boris Strugatsky’s It’s Hard to Be a God, and Sergei Bondarchuk’s Stalingrad.

But these are occasional lights in the eerily deserted and increasingly shabby studio. Beyond  was no sense of a long-term strategy, leaving the uneasy sense that the studio will continue to live hand-to-mouth, production to production. And Shaydakov struggles with the ‘Lenfilm heritage’, alternately praising it and giving the impression that the past is past.

The floor became increasingly agitated and a streak of nihilism crept in. With modern technology was there even a place for old-style studios? Is the plan to cater only to ‘successful’ films (à la David Cameron’s recent exhortation to the British film industry)? Some in the room may have been put in mind of Soviet cinema in the late 1940s and early 1950s, when that idea led to a small number of propaganda-filled monstrosities, a policy only stopped with the death of Stalin.

Finally, the symposium turned again to the ineffable Lenfilm ‘spirit’. Svetlana Proskurina, a regular member of Sokurov’s team, bemoaned the loss of the studio’s energy; critic Olga Sherwood foresaw the studio ceasing to exist except as a production base. Indeed, several were of the opinion that the essence of Lenfilm is already lost for good. It is hard to disagree.