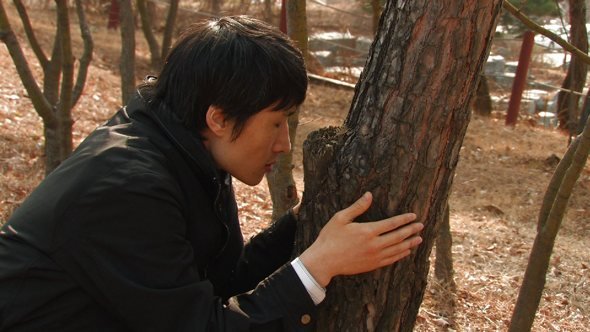 Cinema is no stranger to blindness. Werner Herzog’s Land of Silence and Darkness (1971), Derek Jarman’s Blue (1993), Gary Tarn’s Black Sun (2005): these are just a few of the films that have, in their own distinctive ways, explored the social, aesthetic and philosophical dimensions of sightlessness. That each of them is uncommonly good is perhaps no coincidence: directors are preoccupied with ways of seeing, of constructing reality in small, gradual steps, of thinking spatially.

Yi Seung-Jun’s documentary Planet of Snail deserves to be added to the pantheon of cinema about blindness. It’s a tenderly observed portrait of Young-Chan, deaf and blind since childhood, and his wife Soon-Ho, who has a spinal deformity. She’s so small that when they walk the city streets together they resemble a little-and-large double act. She communicates with him by finger-Braille, tapping his fingers like an avant-garde pianist searching a keyboard for secret melodies. She has spent much of her life in physical pain, in isolation: Young-Chan, with his dry wit, his facility for poetic expression, his calmness, is as much a lifeline to her as she is to him.

Yi’s last film Children of God (2008) was a finely textured account of impoverished Nepalese youngsters using imaginative means to eke out existences near a sacred Hindu temple in Kathmandu. One unforgettable detail was the sight of them diving into a river to retrieve gold from the mouths of the cremated dead. Planet of Snail too is punctuated with memorable images: Young-Chan lifting Soon-Ho on his shoulders so that she can try to fix the sputtering light in their bedroom; Young-Chan putting his arms around a tree and lingering there with such intensity of feeling that using ‘treehugger’ as a insult seems like a nadir of philistinism. 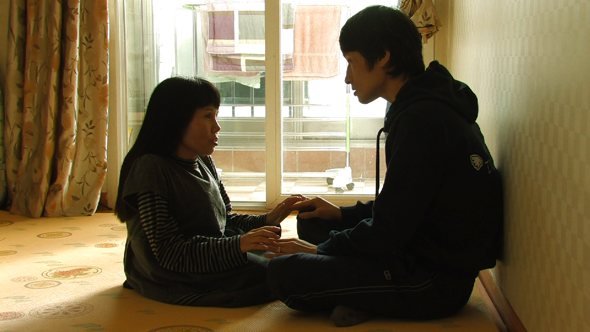 Soon-Ho and Young-Chan at home

The film’s title stems from Young-Chan’s belief that, as someone who’s deaf and blind, even in his dreams his life is as slow as that of a snail. A student of Hebrew, and shown entering writing contests, he likens his condition to “being surrounded by a thick fog”. People like him, he claims, feel as if they have been “left in space alone”; they have “the heart of an astronaut”. But these sentiments aren’t expressed as despairing cries – Yi eschews both pathos and sputtering rage in favour  of a more subdued approach that recalls the work of Kore-Eda Hirokazu.

Allaying any anxieties that watching a blind person on screen carries with it a trace of voyeurism, Yi depicts Young-Chan advising local actors who are developing a play about deaf-blindness. In another scene, the ever-impish Soon-Ho teaches her husband to throw pine cones so precisely that, on her order, he flings one in the direction of the camera, hitting the director in the face. Don’t be too gauzy, she seems to be warning him; here’s some grit. She needn’t have worried: Planet of Snail could rightly be called a beautiful evocation of love; more precisely though, it’s also a fastidious account of the labour of togetherness. 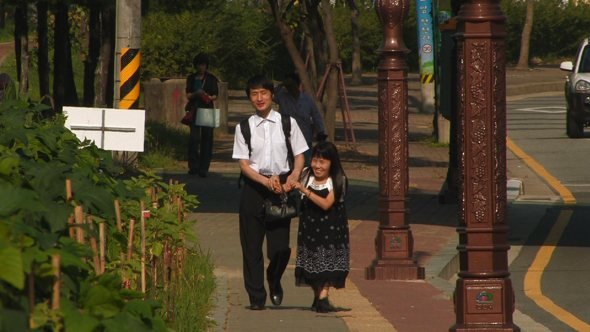