Sheffield stoked by Jarvis Cocker and The Big Melt

Jarvis Cocker led a blazing live soundtrack to BFI archive footage of our steelmaking past on the opening night of Sheffield Doc/Fest 2013. 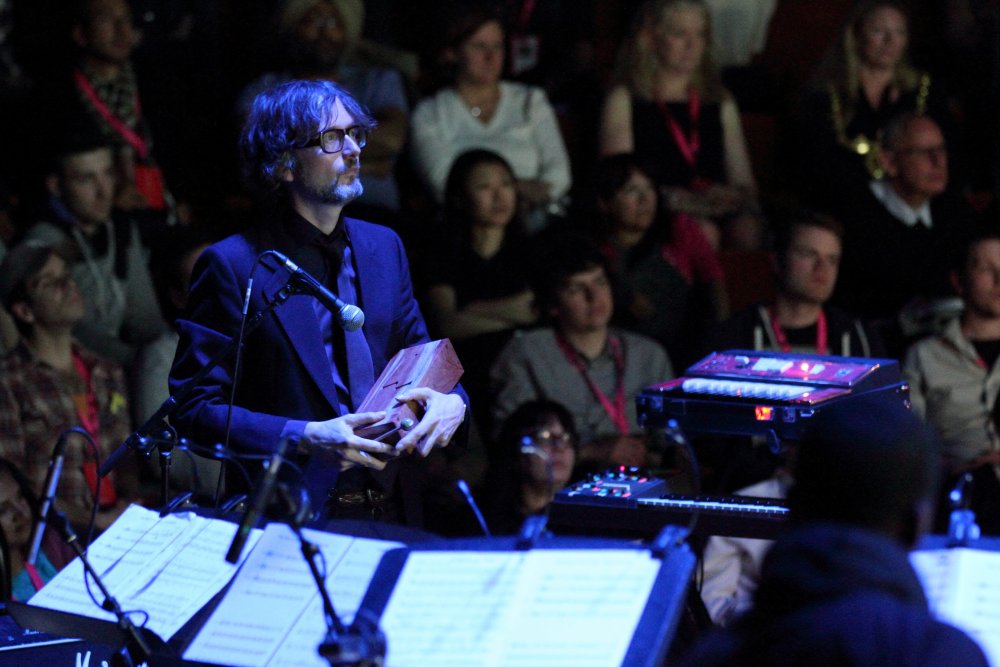 Last night, at Sheffield’s Crucible Theatre, an enthusiastic crowd saw one of the final spectacles of the BFI’s This Working Life: Steel project, featuring Jarvis Cocker and a host of other Sheffield musicians performing live to visually stunning films restored by the BFI National Archive.

A suitably fiery curtain-raiser to the 2013 Sheffield Doc/Fest, marking the centenary of stainless steel production in the city, The Big Melt uses footage from a variety of archive films about steelmaking. Directed and editor Martin Wallace shows a particular fondness for the 1951 animated film River of Steel, and The Building of the New Tyne Bridge (1928), which documents the perilous feats of men assembling the bridge at altitude.

“We wanted to tell a story about steel that opened-out the basic social history and facts about the process itself,” Wallace says. “There are some awesome BFI archive films that already paint a vivid picture of the real story, so we wanted to drag this archive into the present, re-imagine and invigorate it, turn it into something more fantastical, more playful and, at the same time, more challenging.” 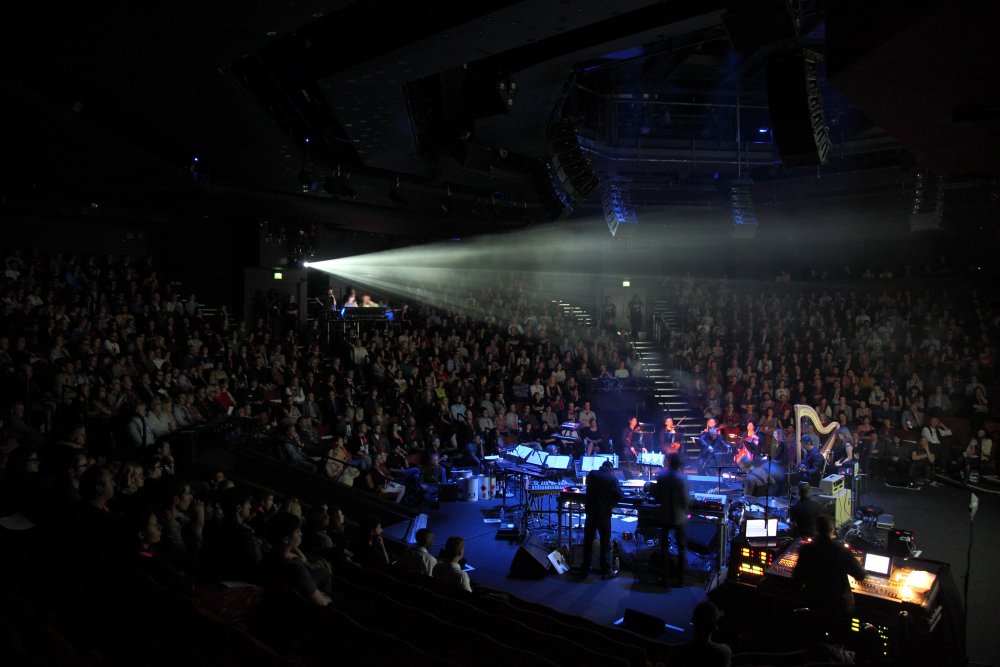 Comparing his experience of growing up in Sheffield in the dying days of the steel industry to hanging around a film set after the production has finished, music director Jarvis Cocker said:

I vowed never to get into all that ‘Sheffield: Steel City’ biz. But guess what? Looking at the BFI’s awesome collection of steel-related films changed my mind. I only hope that we can pay proper homage to the extraordinary individuals featured in this footage. Our aim is to melt faces (and hearts) – and to blow minds. With maybe a bit of smelting thrown in for good measure. The jesses are so off.

The audience at the Crucible were given strips of blue plastic through which to view the film, to replicate the experience of the steelworkers who wore glasses with blue lenses to protect their eyes from the glare of the molten metal – one of the relatively few gestures towards health and safety in the postwar industry.

Musicians led by Cocker included singer Richard Hawley, The Forgemasters, a string quartet, a children’s choir, and the City of Sheffield Brass Band, bringing the BFI’s This Working Life project full circle from the launch of the first strand, King Coal, with the Redbridge Brass Band at BFI Southbank in 2009. 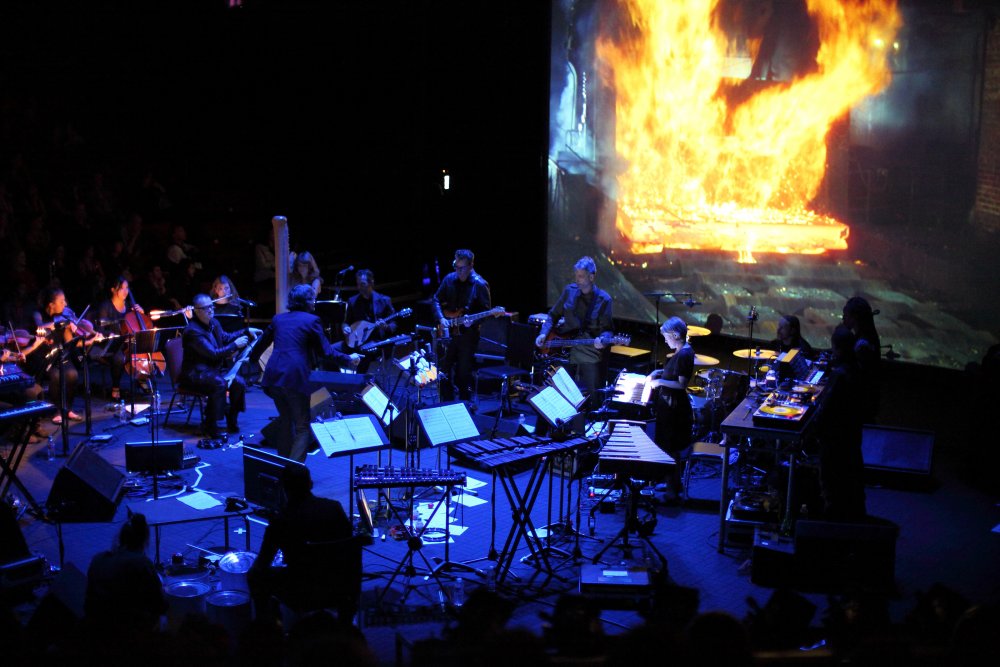 The smeltingly spectacular visuals and eclectic live performance met a rousing reception from the audience, with Cocker rounding off: “We’re in a crucible – I hope that we’ve all melted together into one.”

The restoration and screening of key archive film footage is at the centre of the BFI’s This Working Life: Steel project. For so many people this isn’t Britain’s ‘industrial heritage’, it’s their family history.

“Sheffield has produced a lot of metal in its day,” notes festival director Heather Croall in the Sheffield Doc/Fest programme, “but this is a new kind of Sheffield heavy metal.” Plain to see in the archive footage, the city has lots to be proud of – no wonder everyone attending the festival is digging out their Yorkshire credentials.