Creative destruction: Better Books, Cinema 65 and the birth of the London film underground

Henry K. Miller excavates the mid-60s bookshop where by night the likes of Jeff Keen, Bruce Lacey and John Latham attempted to wreck the print word. 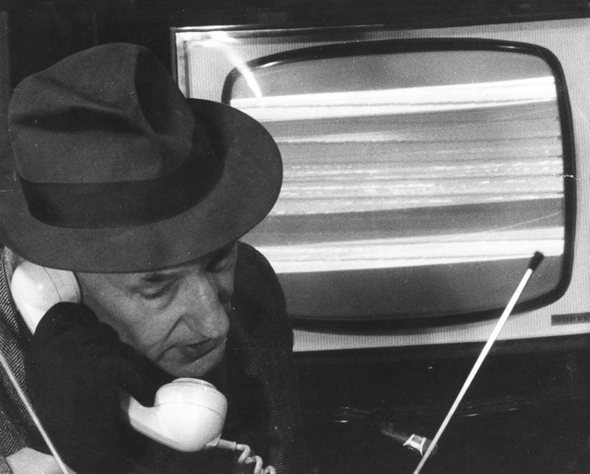 Located roughly opposite St Martins School of Art, as it was then called, at the corner of Charing Cross Road and New Compton Street – don’t look for it, it’s not there any more – Better Books was in the mid 1960s a crucible of auto-destructive art, neo-Dadaist assemblage and sound poetry, the nursery of British underground film, and in daylight hours a bookshop. Jeff Nuttall, in his classic chronicle Bomb Culture, described a clientele made up of “idealistic figures in publishing, up and comings, amiable potheads, one or two celebrities, and a rash of kids of all three sexes”.

According to curator Rozemin Keshvani, its basement was given over to ‘happenings’ after a fire in late 1964. The inaugural event, The Operation, staged by Nuttall and occasional filmmaker John Latham, involved a mock surgical procedure, lashings of fake blood, and Bruce Lacey – a fairly well-known figure at the time from television and his West End revue An Evening of British Rubbish – running around in a rubber suit. On becoming manager the following year, Nuttall’s friend Bob Cobbing, who had run film societies in North London, began to show films at the venue under the name Cinema 65. 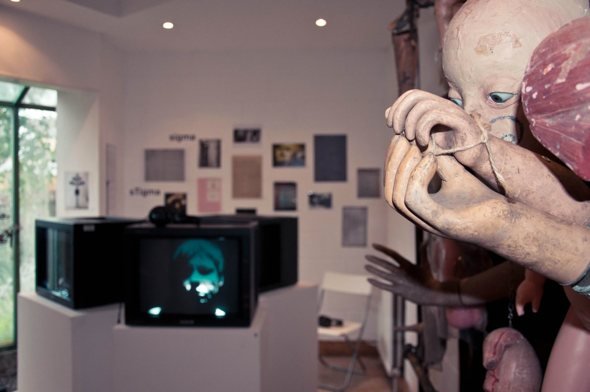 Much of what happened at Better Books is irretrievable. Influential critics of the time, like Latham’s champion Lawrence Alloway, wrote in terms of “spectator-participation and immersion”, art that “samples the environment, directly and confusingly”. The very name of the Destruction in Art Symposium, held at Better Books and elsewhere in September 1966, suggests the problems involved. ‘Art, Anarchy and Apostasy’, mounted in Latham’s former home, is for the most part a kind of exploded print archive – little magazines, bulletins, pamphlets, detritus of the ‘Gutenberg Galaxy’ whose demise Latham’s art imagined, even seemed to want to hasten.

For Marshall McLuhan, who foresaw its replacement by the electronic ‘Global Village’ 50 years ago, print was the “technology of individualism”. As well as “a new culture, based on total freedom, extended sensibility, and spirituality”, and “human fulfilment in terms of vitality, ecstasy, and delight”, Nuttall included among his modest aims for the counter-culture the wish that “human communication must be freed of the limitations of language”. Latham’s early films charted the making-and-destruction of painted ‘book reliefs’, which as Alloway put it tore “non-verbal art” from “the wreckage of the printed word”.

‘Art, Anarchy and Apostasy’ traces their subsequent incorporation into various Better Books-era happenings. At the legendary Albert Hall International Poetry Incarnation on 11 June 1965, organised in the wake of an Allen Ginsberg reading at Better Books – included in the exhibition – and filmed by Peter Whitehead as Wholly Communion (1965) – also on display – Latham and Nuttall had painted their bodies red and blue, clothed themselves in books, and prepared to fight, only for Latham to pass out. Later, more successful iterations, one of them titled Film, used Latham’s Unedited Material from the Star (1960) as backdrop. 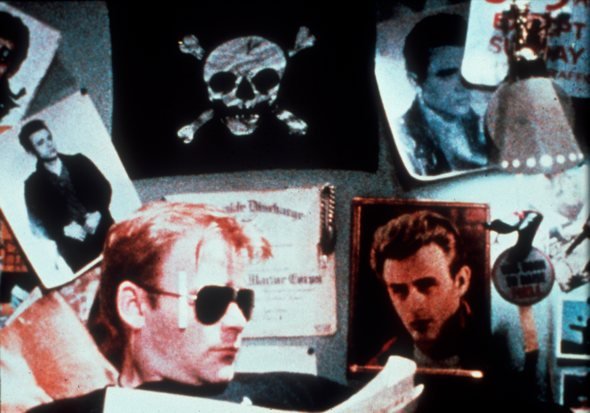 With his vision of language as addiction, William Burroughs, whose tape-recorded voice was a feature of the Albert Hall Incarnation, was among the British underground’s guiding spirits, not least among its filmmakers, for whom the ‘cut-up’ method had obvious attractions. “START NOW anyone can do it cut up anything says mr wm burroughs”, wrote the late Jeff Keen, whose films became Better Books staples, in one of his Amazing Rayday broadsheets. Burroughs lived in London at the time, and the first film he made with Antony Balch, Towers Open Fire (1963), was part of the Cinema 65 repertory.

American expats provided the scene with much of its energy. Stephen Dwoskin, who like Keen died in June, had come from New York to teach design at the London College of Printing. J.G. Ballard suggestively described him as a “genital Warhol” – Keshvani has unearthed a photo of him and Andy together – and Cinema 65 was practically the only place he could have shown his films at the time.

Like Keen before him, he won the critical support of St Martins lecturer and Better Books regular Raymond Durgnat. Dwoskin, Keen, Whitehead and Latham were programmed with Burroughs, Anger, Stan Brakhage and Jonas Mekas at the LFMC’s first festival in the autumn of 1966. 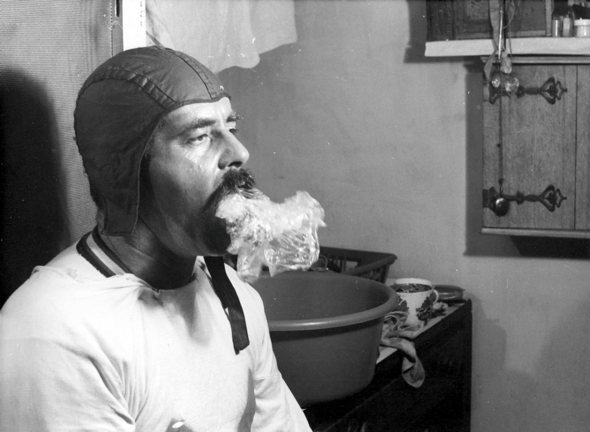 The freaks were kicked out of Better Books a year later, LFMC included, when the shop’s new owners found out about its subterranean double life. The Co-op moved to the new Arts Lab, but most of the founders departed before long, and it was a later, rather better organised, and theoretically cohesive incarnation, home of structural/materialist film, that entered the history books. ‘Art, Anarchy and Apostasy’, which coincides with BFI Southbank’s Bruce Lacey season and Camden Arts Centre’s Lacey retrospective, provides a measure of restitution.

“Personality differences were often extreme,” Dwoskin recalled, “so social communication and exchange was slim, and functioned, if at all, in small cliques.” The Co-op wasn’t very co-operative – perhaps inevitably given Dwoskin’s far from atypical definition of underground film as springing from “a totally subjective and visual response to personal fantasies and expressions”. Yet one of the most treasured films from the Better Books years, Keen’s Marvo Movie (1967), was made in collaboration with Cobbing and fellow poet Annea Lockwood. The Better Books crowd did not always seek to leave enduring works – often the reverse – but the tempestuous first LFMC did just that.

There is still more to be (re)discovered, and the screening this Wednesday (25 August) at South London Gallery, which includes films by Simon Hartog, Pip Beneveniste, and Piero Heliczer, provides a rare opportunity.

Related to Creative destruction: Better Books, Cinema 65 and the birth of the London film underground