Year of the Woman – and archives full of women!

Patriarchal media patronised – and failed to record – the ferment of second-wave American feminism in the early 1970s. Happily the movement wasn’t short of its own filmmaking talent. Sophie Mayer investigates the internet debut of Sandra Hochman’s Year of the Woman – and the visions of feminism now emerging from the archives.

One of 100 underrated films directed by women celebrated in the new Female Gaze special issue of Sight & Sound, Sandra Hochman’s long-undistributed, barely seen but much-rumoured Year of the Woman (1973) is finally available online, the director herself having brought it to Vimeo (see above).

Grounded in the tumult of the 1972 Democratic Convention in Miami Beach, Florida, Year of the Woman records the dynamic momentum of second-wave American feminism as it reached the national stage, following Shirley Chisholm’s campaign for the presidency and the attempts of the National Women’s Political Caucus to get women’s issues into the leadership debate. Chisholm, who served as a Congresswoman for New York for seven terms, is only one of the political and cultural figures who congregated on the convention: as well as the inevitable Norman Mailer, there are the figureheads of the emerging feminist movement – the populist founder of Ms. magazine, Gloria Steinem, and radical lawyer and civil-rights activist Florynce Kennedy. Kennedy, who later played a lawyer in Lizzie Borden’s legendary feminist science-fiction film Born in Flames (1983), hangs out with Hochman as they patrol the conference, questioning male senators and newscasters (and Warren Beatty, whom Hochman had once met at a party).

As well as capturing the convention in a verité style clearly influenced by Medium Cool (1969), the film also weaves avant-garde film-poetry and science fiction into an inventive, engaging and original form. Hochman, a poet and New York scenester, took to Miami an all-female crew that included Barbara Kopple, just a couple of years before she went to Harlan County to make her Academy Award-winning documentary, but also Claudia Weill and Martha Coolidge, who went on to make acclaimed fiction and television. The movie collects together women for singalongs and staged musical numbers, as well as dream sequences and montages with Hochman reading her poetry in voiceover. It’s a film of highs – Chisholm’s rousing speech, Hochman persuading an erotic dancer working at the hotel to join the caucus – and lows, as George McGovern’s campaign turns its back on the women activists and mainstream media mocks and belittles them. It ends with Hochman visiting Washington Post humorist Art Buchwald on the moon – where men have been sent after feminism has triumphed. 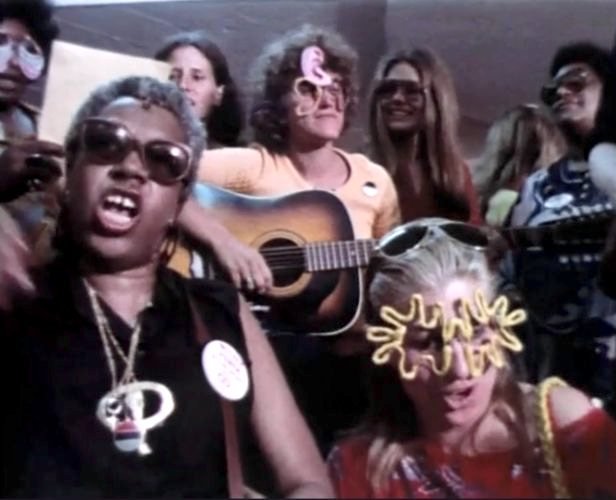 The film and its history are a pressing reminder that neither feminist activism nor feminist film emerge from a vacuum; they only appear to do so because their history is so persistently erased that each iteration appears disconnected from the continuum. “As a journalist who covers women in politics,” Rebecca Traister wrote in a recent Huffington Post special feature about Hochman’s movie, “I’ve read the intense written accounts of what went down in Miami… It never occurred to me that I would ever see it, that I could ever see it, since one of the enraging challenges feminists encountered in Miami was that the men holding the news cameras refused to accord them the respect of recording their project. But it turns out there was a crew of women holding cameras the whole time. They were making Year of the Woman.”

While second-wave North American feminism is known for its textual history – from Betty Friedan’s bestseller The Feminine Mystique to the Boston Women’s Health Collective’s Our Bodies, Ourselves (now available in 25 countries) – its film history has been perceived as confined to personal documentaries such as Joyce Chopra’s Joyce at 34 (1974) and experimental features by filmmakers such as Michelle Citron, Barbara Hammer and Yvonne Rainer that often blurred the lines between documentary and fiction. Nor has there been much of the kinds of grassroots and campaigning documentaries that various national Cine Mujer (Women’s Film) collectives have brought to Latin American feminism.

“But it turns out there was a crew of women holding cameras the whole time”: in fact Traister’s observation applies not only to the 1972 Democratic convention, but across a century of American feminism – as both Citron and Hammer have been unfolding in their own recent forays through the archives. Hammer has ranged across the twentieth century: her film Nitrate Kisses (1993) used archival footage of the ‘lost’ 1932 gay Hollywood drama Lot in Sodom, and she reframed recovered photographs and home movies of butch lesbian lives in The Female Closet (1998). Latterly, again mixing found and imagined materials, she has revisited Claude Cahun (2006’s Lover Other the Story of Claude Cahun and Marcel Moore), Maya Deren (Maya Deren’s Sink, 2011) and now Elizabeth Bishop (Welcome to this House, 2015). 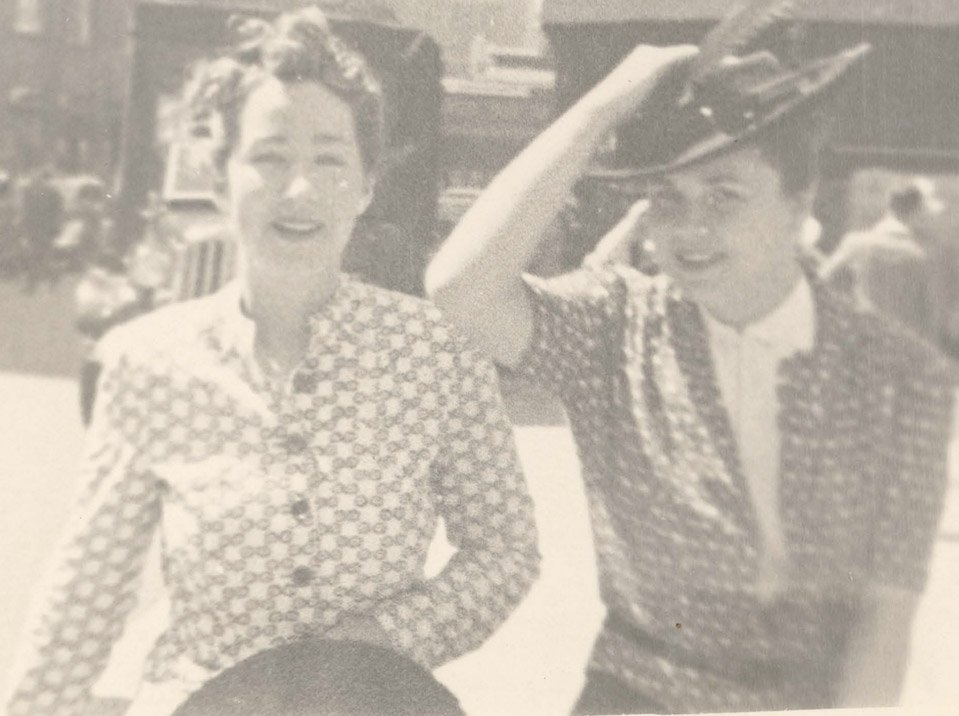 Citron, too, has worked with lesbian archives in her multimedia digital project Queer Feast. The most recent chapter, Leftovers (2014), is a collage of ephemera found in the home of a lesbian couple who had lived together in Chicago for 45 years. Their collection of photographs, baseball cards, notes and flyers offers a longitudinal history of lesbian working-class life in the city, through which Citron weaves interviews that describe their lives as older women.

The evidence she presents resonates both with the snapshots of 1960s and 70s lesbian life in the previous ‘course’ Mixed Greens (2004), which draws on her own experience of coming out in the 1960s, and with Myriam Fougère’s documentary Lesbiana (2012). Fougère discovered what she called ‘a parallel revolution’ in the archives of the North American lesbian feminist movement, one that was underrepresented in accounts of both feminism and gay liberation. Her film highlights the importance of visual material, particularly moving image, for substantiating the very existence of the radical separatist communities and practices that were deliberately situated beyond even the fringe.

This recovery work is having a profound effect, changing the ‘people’s history’ of 1960s civil-rights movements towards inclusion and complexity. A new archival documentary receiving its UK premiere at the London Feminist Film Festival, Mary Dore’s She’s Beautiful When She’s Angry, discovers moving images and photographs shot at CR groups, protests, actions by W.I.T.C.H. (Women’s International Terrorist Conspiracy from Hell), conferences and offices. Friedan and the Our Bodies, Ourselves collectives appear, both in historical footage and in more recent interviews. It even includes footage of that highly disputed act, bra-burning, seen at the 1968 Miss America protest and used as a guerrilla tactic to attract media attention. “We knew we were making history,” says interviewee Muriel Fox, who was the National Organization of Women’s first PR, and the double meaning of her statement – that the women’s movement was both shaping social change and recording how they did it – is the argument of Dore’s film. 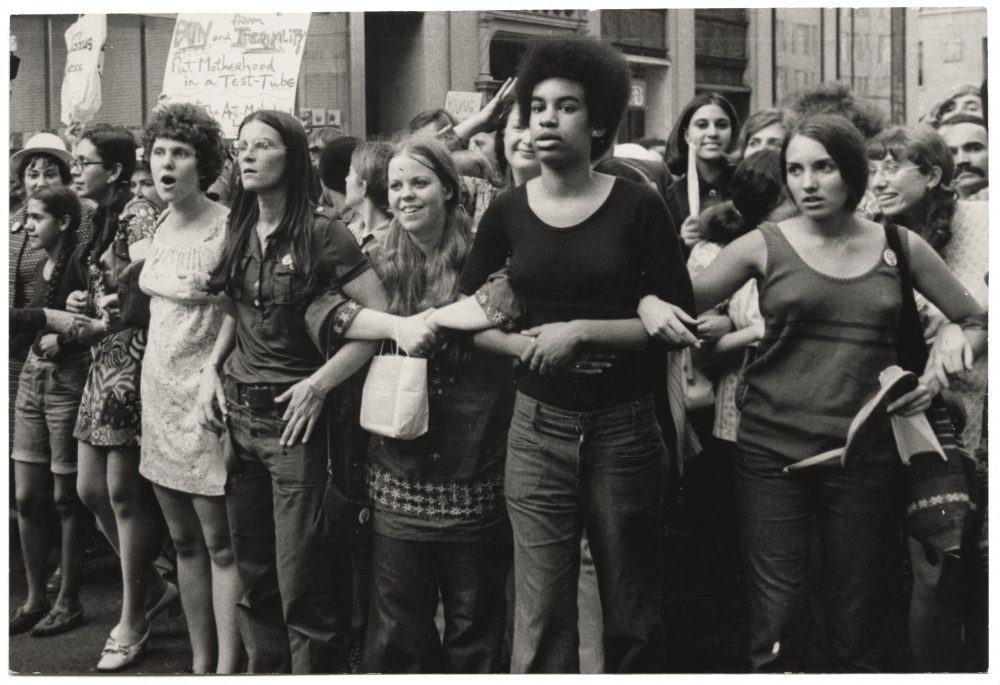 In the early days of the movement, information travelled by “mimeograph and stamps,” as NOW Chicago’s Mary Jean Collins puts it. Despite the immense popularity of Friedan’s book, women’s liberation was not afforded any space in the mainstream media – so the movement had to make its own. Noted writers who were part of the movement such as Ellen Willis, Susan Brownmiller, Rita Mae Brown and Roxanne Dunbar-Ortiz are all interviewed for the documentary; the print archives of the movement, held at Duke University, are vast and vary from mimeographed newsletters to perfect-bound journals. It Ain’t Me Babe, published in Berkeley, was the first feminist newspaper, which circulated nationally – “And people read us! People read us!” exclaims the paper’s cartoonist Trina Robbins over footage of people on the street reading the Angela Davis issue.

Between the sound bridge and the image is the rub: the visual evidence certifies the textual archive. As Traister notes, the documentary footage shot by Hochman’s crack team of nascent feminist filmmakers substantiates the written accounts: makes them vivid, affective, engaging and (in a complicated way) both widely accessible and undeniably real. The end credits of She’s Beautiful When She’s Angry list 32 archival film sources, including multiple university and public-library archives as well as the expected television channels and stock-footage collections, but also Third World Newsreel, an activist filmmaking collective established in New York in 1967 and subsequently working across the US with the anti-war and women’s movement. Their footage of the women’s cadre of the Young Lords, a Puerto Rican political movement in New York, shows the movement moving towards a consciously cinematic auto-ethnography, bringing together street protests, performance, publication and exhibition.

The movement’s tactics – part Situationism and part Student Nonviolent Coordinating Committee – drew media attention; unsurprisingly, alas, at a time when only men could be members of the New York Press Club, it was relentlessly negative – as Hochman also shows. Not only negative but negating: as seen in the excerpt in She’s Beautiful, David Frost didn’t just patronise his guests Kate Millett and Shulamith Firestone, who speak with clarity, intelligence and fire, he ignores their claim to be articulate human beings rather than objects. A male passer-by interviewed in a vox pop calls women’s libbers “insignificant people”, only protesting in order to get media attention. In this double bind – damned if you’re documented, damned if you’re not – women took up cameras as they took up the mimeograph, the loudhailer and the speculum. To be significant: that is, to signify on their own terms. 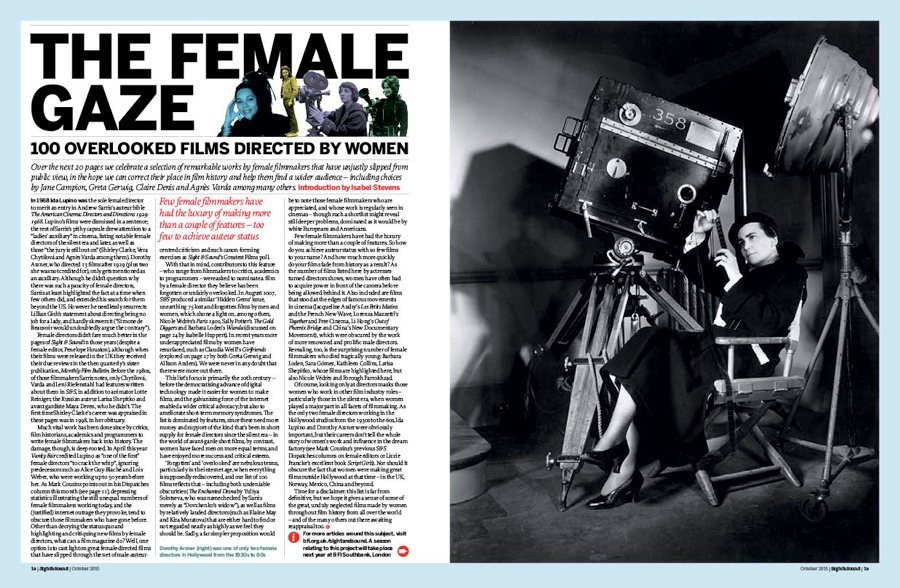 Related to Year of the Woman – and archives full of women!