A radical vision in east London: collaborative filmmaking at the Four Corners workshop

An exhibition offers the chance to explore how in 1975 an empty shop in Bethnal Green became home to a pioneering set of independent filmmakers whose work boldly focused on under-represented communities. 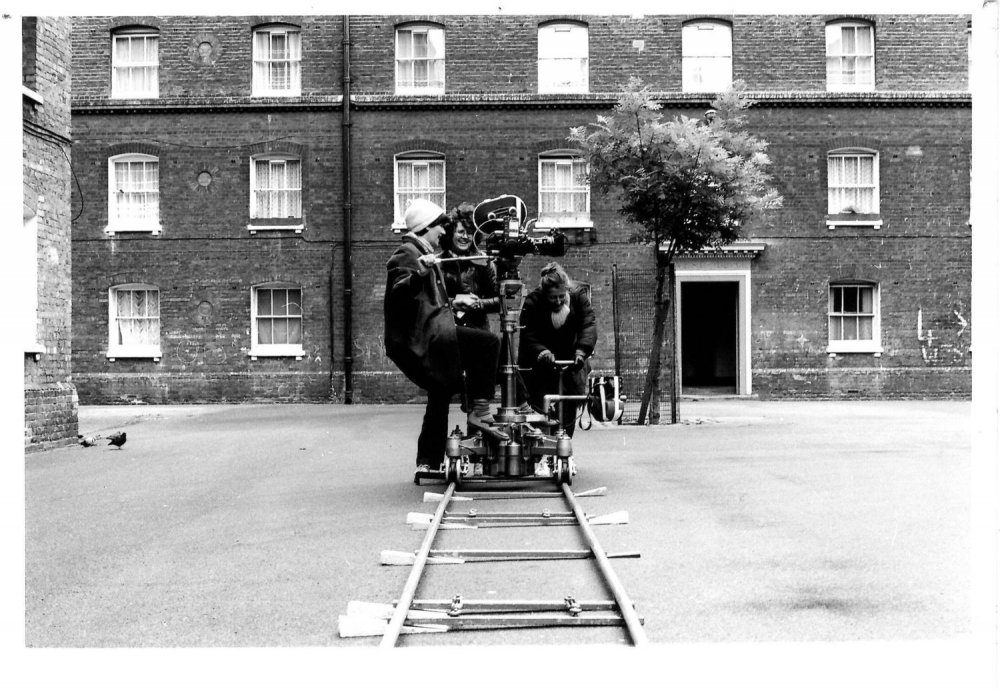 At 113-115 Roman Road in Bethnal Green, tucked between a chippy and a curry house, there was an empty shop with a green sign that read S Silverman’s Shoe’s and Groceries. In 1975, this unassuming building became home to Four Corners, a pioneering independent film workshop and a hub for radical arts throughout the 70s and early 80s. This was an era during which grassroots movements and campaigns around feminism, gay liberation and anti-racism, squatting and underground publishing flourished, and an extensive network of independent filmmaking co-ops and collectives emerged in the UK.

In the late 60s, the earliest independent film organisations had tended to divide into two categories. While Cinema Action, Berwick Street Collective and Newsreel Group focused on politically grounded documentary making, others such as the London Filmmakers Co-op were concerned with forging the structuralist avant-garde, experimenting with the materiality of film. Founded in 1973 by a group of students at the London International Film School, Four Corners sat somewhere in the middle, being both socially engaged and experimental. 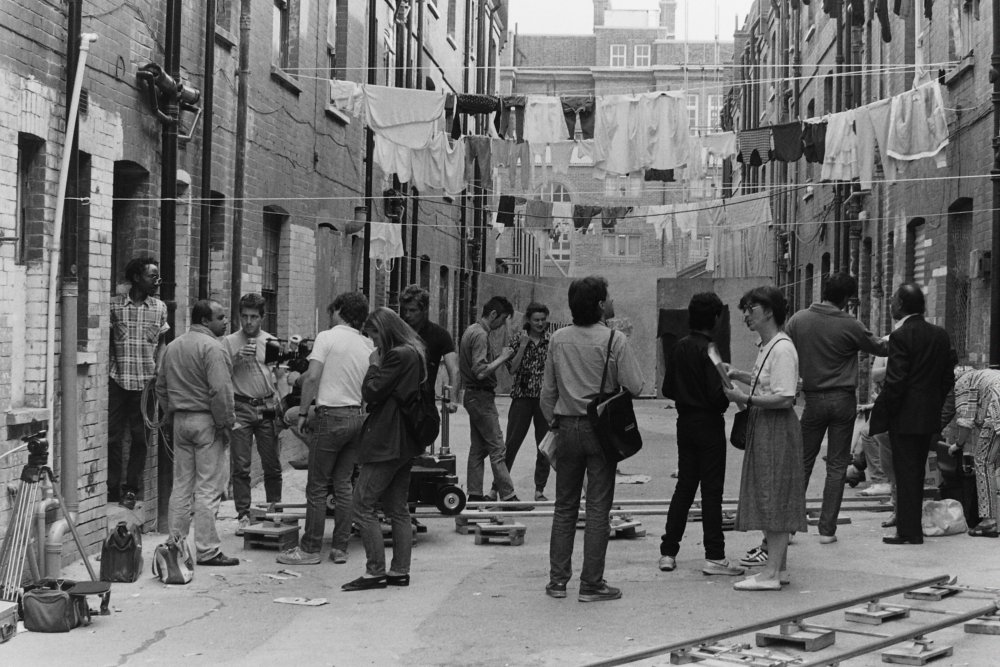 With their workshop, Joanna Davis, Mary Pat Leece, Wilf Thust and Ron Peck aimed to bring politics and art together, bringing “films and filmmaking to those who had previously been excluded from the whole practice” – particularly the local community in the East End of London, which was at the time largely working-class and ethnically diverse. In a statement written in 1978, Four Corners described wanting to make “films which aim at challenging peoples’ preconceptions of what films are in order to encourage an active participation in what the film is about”.

At first, Four Corners squatted the shop on Roman Road, turning it into a place to live, work and grow vegetables; the communal kitchen was later the focus of Davis’s 1979 film about women and domestic labour, Often During the Day. At some point, the feminist film distributor Circles created an office downstairs, and eventually a 45-seat cinema, workshop space and editing rooms were established.

As well as working on a series of well-meaning, if not always successful, public screening programmes designed to engage new audiences, the group encouraged underprivileged young people to make films about their own experiences and worked on projects that foregrounded the perspectives of East End working-class women, first-generation Bangladeshis and London’s gay community. For three years, the time and energy of Four Corners was dedicated to creating Peck’s Nighthawks (1978), the first explicitly gay feature film. 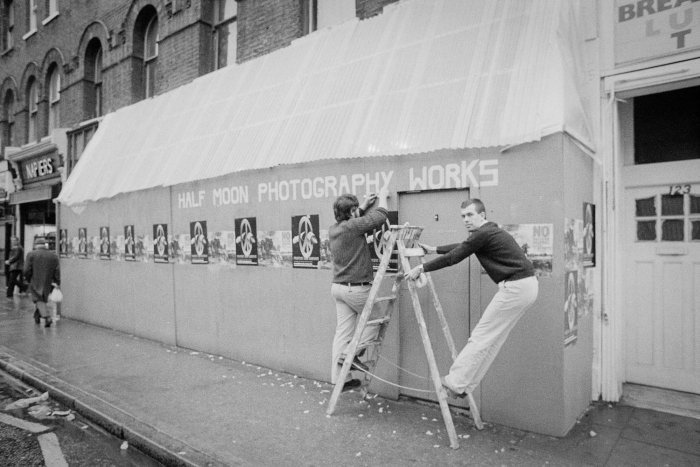 While all this was happening, just a couple of miles away in Whitechapel an organisation with a similar ethos to Four Corners was budding. In 1972, in another squatted building – a former synagogue on Alie Street – a young American photographer called Wendy Ewald founded The Half Moon Gallery. The gallery was dedicated to socially committed documentary photography, with an emphasis on recording working class lives, and later merged with Jo Spence and Terry Dennett’s Photography Workshop – a collective dedicated to radical community photography – to create The Half Moon Photography Workshop.

HMPW put on exhibitions, created workshops and public darkrooms and published the influential magazine Camerawork, to which John Berger regularly contributed. With the Alie Street site due for demolition, the organisation moved to an old Victorian building at 119-121 Roman Road, formerly a Salvation Army men’s hostel, and adopted the name Camerawork in 1981.

Four Corners and Camerawork remained neighbours on Roman Road for over 20 years, before the latter closed in 2000. Thanks to Arts Council England funding, Four Corners now exists at number 121 as a centre for film and photography, providing specialist facilities and educational and training services. There is also a gallery space, where the current exhibition, Radical Visions, explores the history of both organisations. 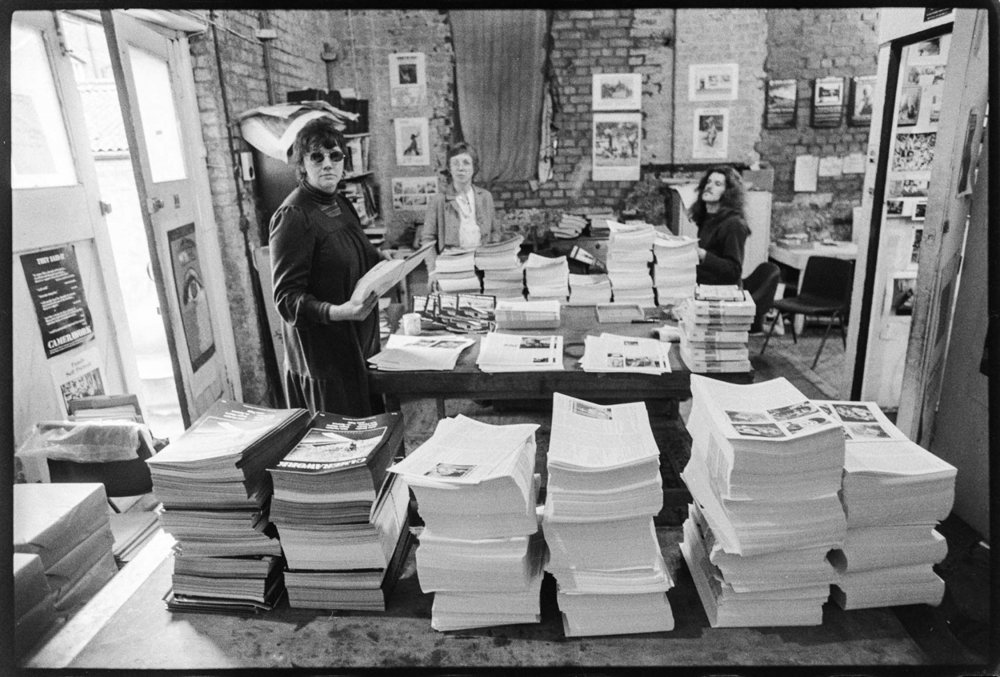 The exhibition covers the activities of Four Corners, HMPW and Camerawork, tracking their evolution as the idealism of the 70s alternative community arts scene adapted to the Second Wave of feminism, industrial unrest, conflict in Northern Ireland and far-right violence, and later fierce political struggles against Thatcherism, American imperialism and the renewed threat of nuclear war.

Photographs by Chick Chalmers, Judy Harrison, Nick Hedges, Mike Goldwater, Martin Parr, Paul Trevor, Jenny Matthews, Ed Barber, Susan Meiselas, Derek Smith, Peter Kennard and many others are included alongside archive material, as well as extracts from films such as Nighthawks, Davis and Leece’s Bred and Born (1983) – an experimental documentary about four generations of mothers and daughters in Shadwell – and Ruhul Amin’s A Kind of English (1986) – the first drama by a Bengali filmmaker to be broadcast on UK television.

When all of the above are viewed together, it becomes clear that at the heart of the organisations based at Roman Road was a commitment to community-based practices that strived to break down the traditional power imbalance between filmmakers and photographers and their subjects – an approach that seems radical even today. Though the age of workshops and generous arts funding may be over, the need for politically and socially engaged art and filmmaking could hardly be greater.

The Class Ceiling in our October 2018 issue

Related to A radical vision in east London: collaborative filmmaking at the Four Corners workshop