What’s at stake in the leftfield goods at 25FPS in Zagreb and the Experimenta section of this year’s London Film Festival? Michael Pattison ponders experiments with time, space, found footage and celluloid. 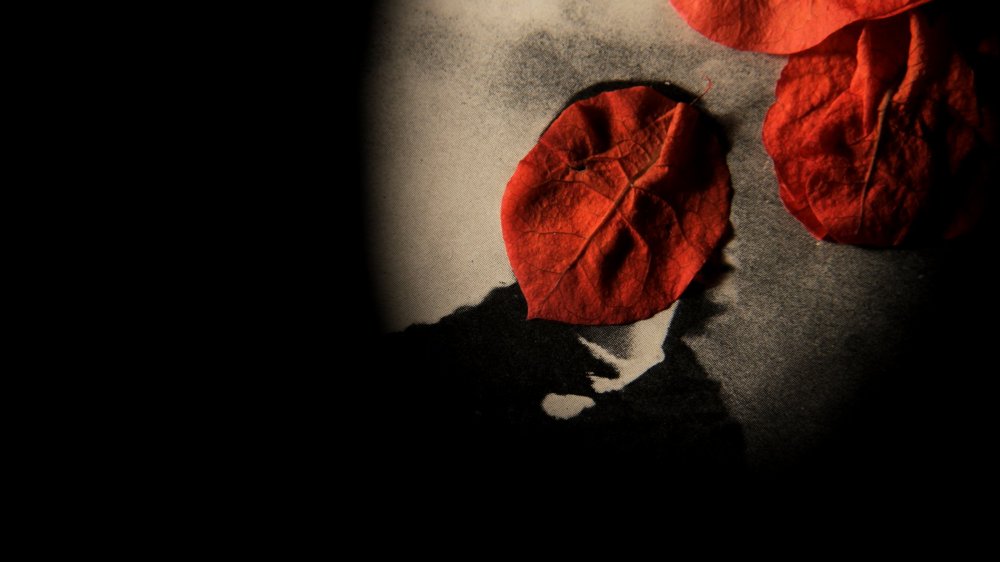 And what even is an experimental film anyway? Definitionally, the parameters these days seem to be so broad as to be meaningless.

All art is by its very nature experimental. In the face of an increasingly standardised narrative cinema, one defining feature of the experimental mode might be miscellany. Festival programmes celebrating ‘experimental cinema’ subsequently accommodate everything from the impenetrably personal to the familiarly abstract.

More than most, when housed together, such works demand an omnivorously receptive sensibility: preferences are fine, but one’s sustained appreciation of this genre seemingly depends upon how long one is able to keep an open mind.

To their credit, festivals like Zagreb’s excellent 25FPS – which this year celebrated its tenth edition – and sub-sections of more diverse events, like London Film Festival’s Experimenta strand, manage to select and arrange experimental shorts in such a way that each work is given maximum breathing space. 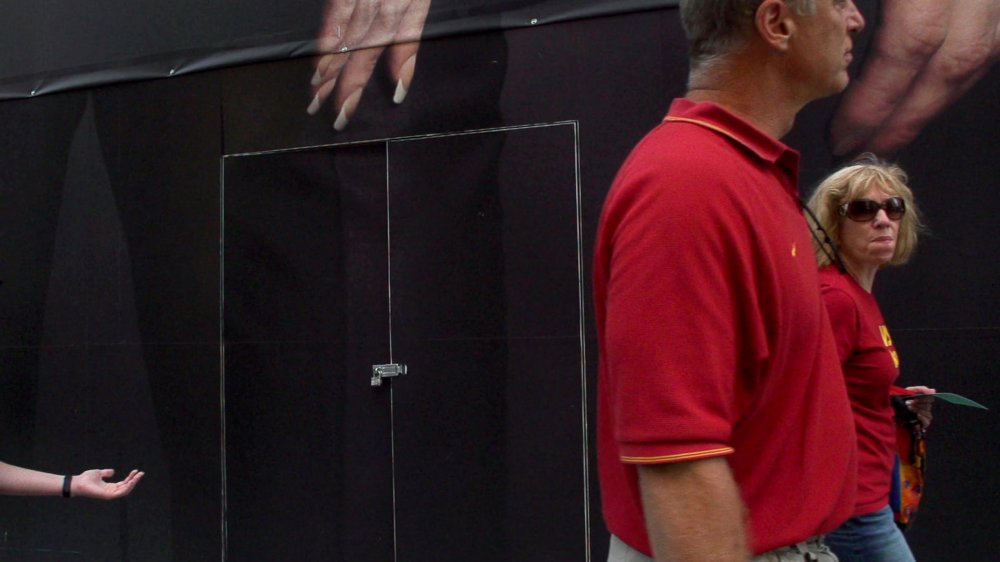 Even so, sceptics may posit that too many of these films are merely examples of bad narrative filmmaking, marred by arbitrary structures and a failed aspiration to – or subversion of – established storytelling techniques. How many of them are experiments in the truest sense of the word? Put another way, what’s really at stake in an experimental film? What and where are its risks?

One current trend among such works is the extreme distortion of both time and speed. On the one hand, there’s Alfred Guzzetti and Kurt Stallmann’s Time Present – screening in Experimenta – which captures the everyday hustle and bustle outside Prince Street subway station in New York at an appreciably slower pace than is ordinarily experienced. Juxtaposed against images of the natural world – the sea, the clouds, the moon – Guzzetti and Stallmann’s peopled compositions take on ethereal qualities, and in the way they bridge graphic contrasts with a persistent score of high-pitched strings, the filmmakers seem to be calling for a narrative perspective that accommodates human, geological and cosmic time.

On the other hand, there’s Thomas Draschan’s Wotruba – also in Experimenta. A stop-motion document of Vienna’s distinctive Church of the Most Holy Trinity, Wotruba is one of many recent works preoccupied not so much with architecture per se as with how it might inform filmic grammar. Matching the building’s appearance – designed to look like a sculpture of barely tessellating concrete blocks – Draschan’s 6-minute short consists of still photographs, though he proceeds through them at such a speed and rhythm that we feel like participants in a stuttered, syncopated and temporally defiant tribute to the madcap Louvre tour in Jules et Jim (1962). 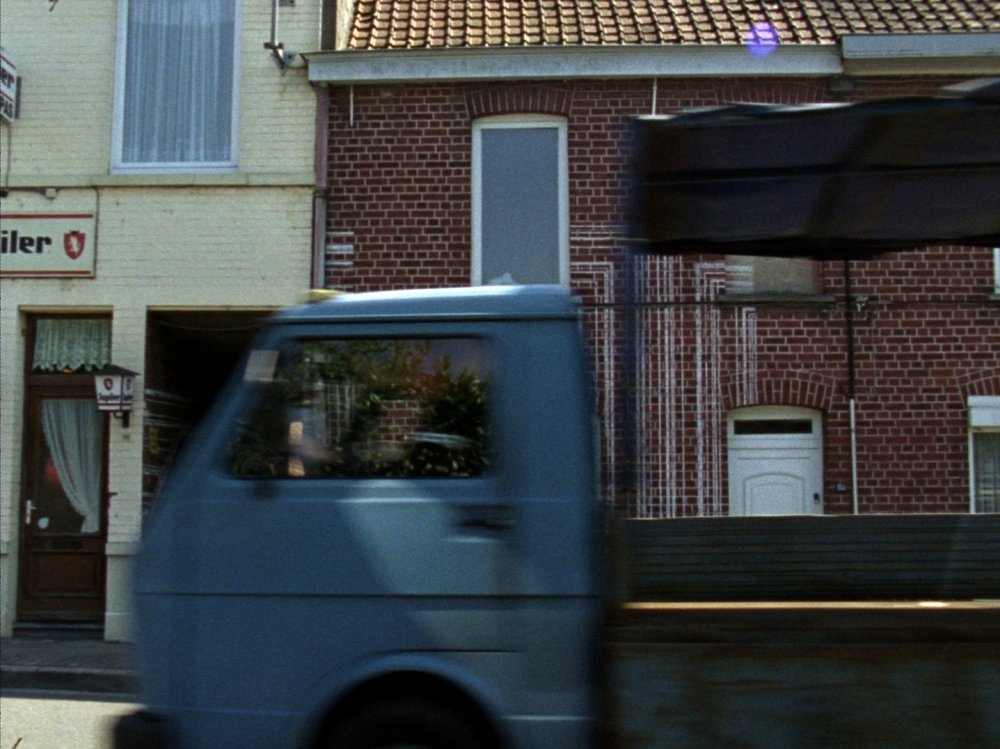 A number of filmmakers are beginning to look at architecture and other everyday phenomena with a stereoscopic eye. At 25FPS, actual 3D was employed twice: by London-based German filmmaker Sebastian Buerkner’s The Chimera of M. and by the Croatian Vladislav Knežević’s A.D.A.M.

The former tells an otherwise routine story with absorbingly cubist and disorientingly abstract animation – an anti-3D 3D film, if you like, which delights in its own perverse juxtaposition of inanimate and animate things. (Buerkner’s latest short, Weresheglanspertheere, is in Experimenta.) In A.D.A.M., by contrast, 3D is created from animated still photographs, of a Japanese cityscape doubling as a startlingly vivid, almost touchable hologram. 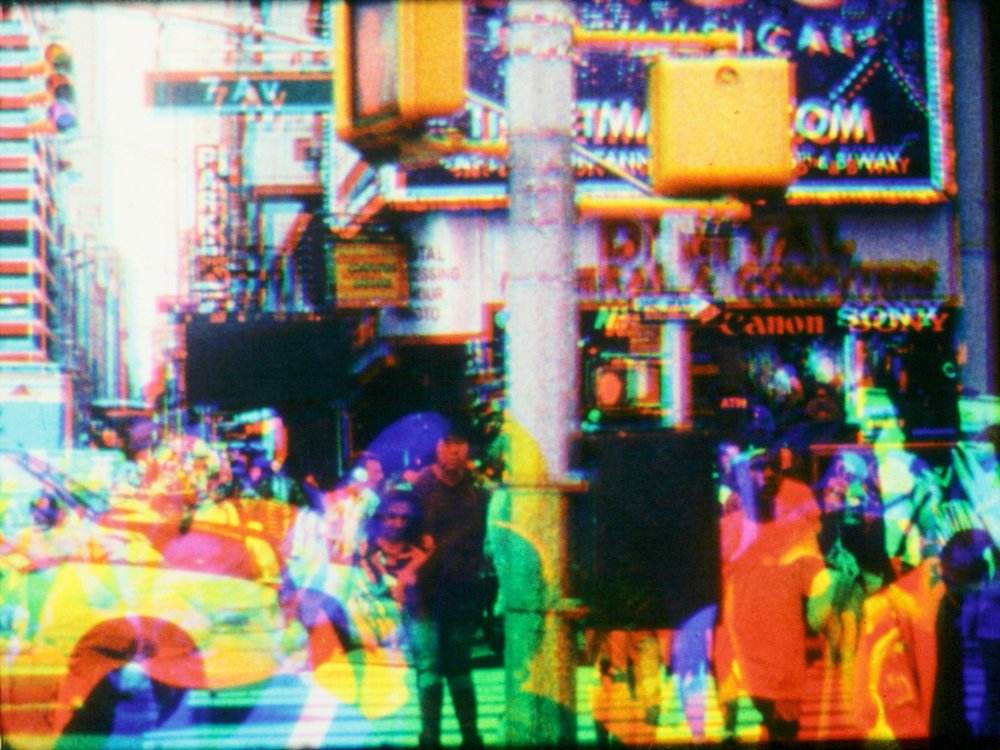 Other films manage to create a sense of three-dimensionality without the use of glasses. Tomonari Nishikawa’s Experimenta-selected 45 7 Broadway overlays several colour-filtered takes to lend the impression of stereoscopy to everyday scenes in New York, while Anouk de Clercq’s Thing – one of the strongest works at 25FPS – leaves only the impression of urban space through a laser technique that records data every time a solid surface is hit. Easier seen than described, the film depicts several London locales in such a way that their multi-dimensionality is evoked solely through a constellation-like pointillism.

Perhaps the strangest experience at 25FPS was watching Paris-based Arash Nassiri’s Tehran-Geles, in which astoundingly brilliant aerial shots of Los Angeles double for some hyperreal Tehran, whose skyscrapers are adorned with copious neon. Missing the eponymous pun, this naïve critic firstly presumed this was actually the capital of Iran, and was secondly surprised by Nassiri’s post-screening confession that the amazing imagery therein was bought from a company responsible for shooting the same stock footage of skylines that we see in many a Hollywood blockbuster.

Nassiri repurposed existing footage because budgetary limitations denied him the opportunity to fly a helicopter over Los Angeles airspace and shoot it himself. By the same notion, more and more filmmakers are looking to pre-existing material in order to create new work.

To this end, the ghost of Matthias Müller’s Home Movies (1991) haunts many films in Experimenta this year. Editing together a series of reaction shots of familiar faces from Production Code-era melodramas, Müller’s film – which screened as part of a retrospective programme at 25FPS – creates a kind of anticipatory angst in its succession of unreciprocated glances, head-turns and facial and bodily gestures. 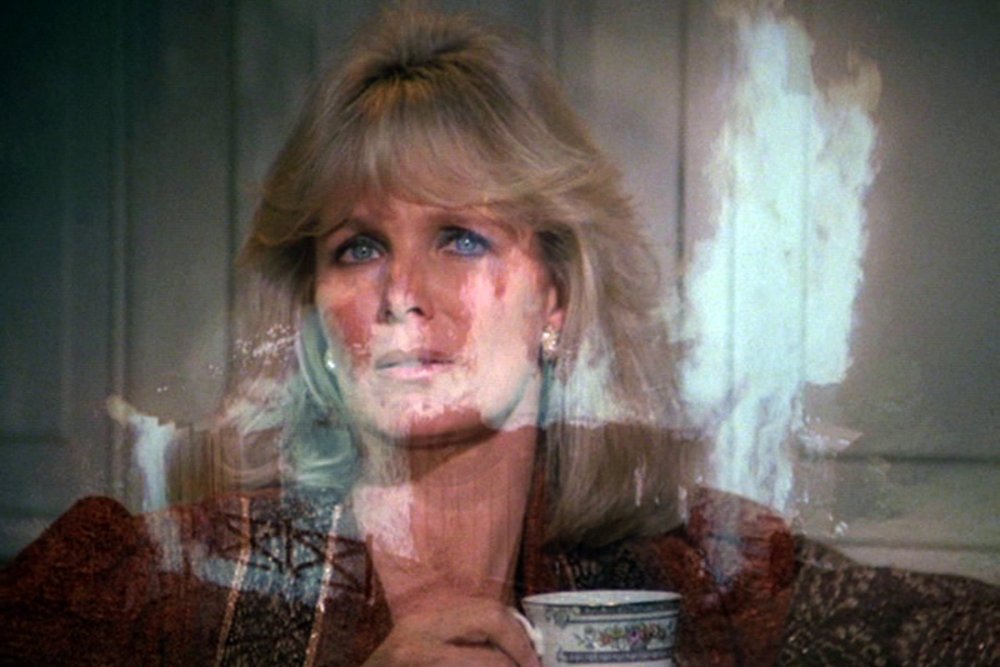 Repurposing footage to the same effect as Home Stories, Michael Robinson’s The Dark, Krystle threads together the recurrent acting motifs of Linda Evans and Joan Collins in TV series Dynasty to entrap both performers in some heightened, frozen purgatory. If Müller’s film anticipated video-essays, Robinson’s affirms the scholarly potential of these kinds of works, demonstrating as it does how the gestures by which we know and define an actor rest somewhere between the routinised and the iconic. 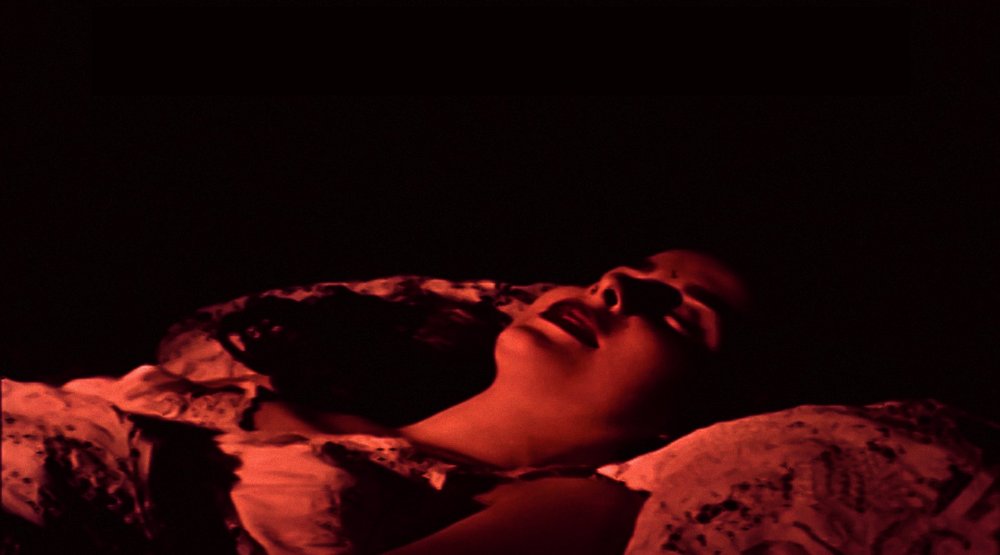 Other Experimenta shorts re-contextualising familiar material include The Mission, David Fleischer’s re-cut version of a Mission: Impossible III trailer; Erigone’s Daughter and Mars Garden, the fourth and fifth entries in Lewis Klahr’s ongoing 66 series, which finds inspiration in 1960s fashions, artworks and artefacts; The Hummingbird Wars, Janie Geiser’s attempt to reanimate and reincarnate turn-of-the-twentieth-century theatre actors into a cinematic fold; and Sons of Unless and Children of Almost, in which Phil Coy cleverly deploys those familiar gif images that appear on a computer’s page-loading screen to illustrate the bombastic non-narrative of a film trailer.

And then the sublime: two standout works in which one feels that rare pulsating swell of a genuine experiment. In Zagreb it was Alexandre Larose’s Brouillard Passage #14. In London it’s Patrick Tarrant’s The Take-Up.

Larose’s short shimmers with beauty. For it, the filmmaker made over 100 near-identical trips on foot to the shoreline by his family home in Québec City – filming and superimposing each journey so that we watch all of them unfold at once. The exhilarating thing here is that if Larose had botched his experiment, the work wouldn’t exist. 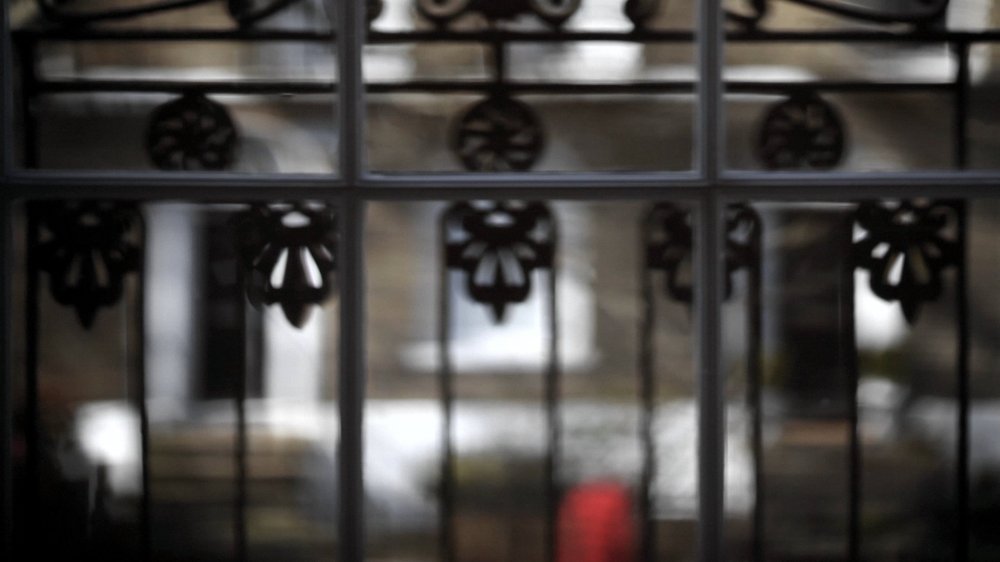 Final word, though, to Tarrant, whose latest film is a magnificently subtle celebration of celluloid – by way of shooting a single digital take through the holes of a spinning 16mm take-up reel. It’s an ingenious concept, and the soundtrack – from Larry Yust’s 1961 documentary How to Bend Light – teases, mystifies, illustrates and primes. And all the while, the flicker of analogue gradually overwhelms the unremitting zeroes and ones capturing an otherwise mundane street scene to head-spinningly enthralling effect.