Serendipitious mashups of a Vera Chytilová rarity and a grandstanding Quebecois political drama, a masterly new Claude Lanzmann short and a minor party-starter from Portuguese master Manuel Mozos were only two of innumerable possible paths through a programme of unusually deftness and sensitivity. 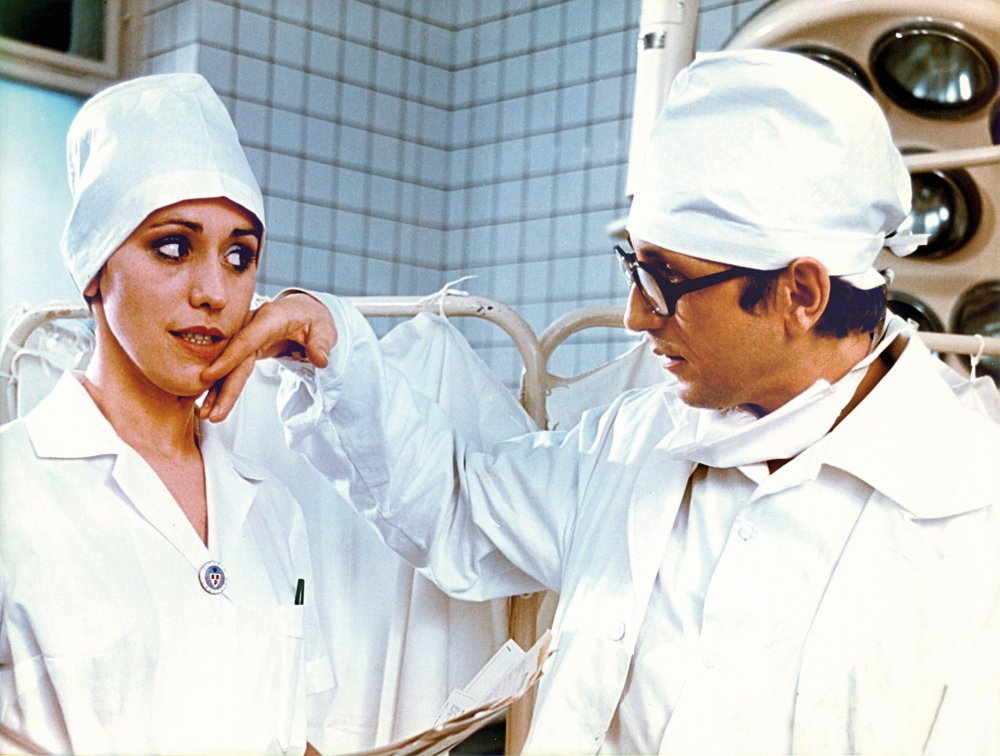 Vera Chytilová’s 1977 gambol The Apple Game (Hra o Jablko), which screened in a near-complete retrospective of the Czech director’s films

Any film festival worth its salt, and I’m including the 15th edition of Doclisboa not dutifully but with all my enthusiasm, should be measured not by what you see while in attendance but rather by what you don’t see.

Doclisboa’s choice of Manuel Mozos’s Ramiro, a minor but enjoyable film from one of the country’s true masters, seemed apt as an all-encompassing greeting to festival delegates and audience members on opening night. The opening film seemed to spring organically from the city, the atmosphere in the theatre and, indeed, from the home-grown audience itself, a hoard of whom got on stage as Mozos called them up to say his thanks before the film had even began. As a friend observed after the screening, Ramiro nails the drinking culture of Lisbon, which operates as an endless conveyor belt of old bars and alternating drinking buddies.

I later caught up with one of the other opening-night movies on offer, Claude Lanzmann’s mini-masterpiece Napalm, to my mind one of the year’s most romantic films. I was incredibly taken by the 91-year-old Lanzmann’s spirited flirtations with the women he encounters while on a recent trip to North Korea, only to be flattened by the story of a brief, truncated love affair he then recounts to the camera. The movie – bifurcated as first a travel documentary and then as a single-take confessional – exemplifies the rigour associated with the experimental documentaries Doclisboa made its name promoting, while also wandering into the depths of memory and plumbing them melancholically. In their way, both prove that a pleasantly cynical opening film is a conspicuous scar, one presumably left over from resistance to the overreach of sponsors and advertisers. Its absence, whether epitomised in this case by Ramiro or by Napalm, is often the first good sign that things are on track.

But I’d like to be very literal here: the great festivals force you to make painful elisions every day purely by dint of their scrupulousness, and therefore as shrewd as your schedule may have been on paper, it’s unlikely that you’ll ever quite be able to override the unshakeable ur-programme that exists in your mind. Especially if you step out of a satisfying screening only to have your contentment punctured by that poisonous, familiar phrase uttered cruelly by a friend: “You missed a masterpiece!” Doclisboa, frustratingly but to its credit, is the site of many such betrayals.

I’ll spare you a bullet-pointed list of the best films I didn’t see. But my shaky assertion is not just a question of abundance (though it is that too). I’m not just talking about programmers who, faced with many submissions and pressures, succumb to an impossible gigantism and engorge their daily programmes; there, naturally, the masterpieces quite often disappear into the woodwork. I’m referring to the inevitable overlap of a carefully curated line-up.

The co-director of the festival, Cintia Gil, noted in her welcoming statement that the programmers tried to find an organising approach that binds sections and movies in philosophical and political synergy, rather than simply grasp for sure-fire winners with which to stuff the programme. Even the bigger films on show, like Wang Bing’s Mrs Fang, gelled nicely with smaller films, like John Bruce’s lovely End of Life, another touching film in which an elderly woman’s face comes to symbolise both the onset of death as well as the final bursts of life’s vitality. It’s hard not to notice the thematic roots that worm their way through the soil of all corners of the programme while wandering between sections, watching movies from opposite ends of the line-up slot together inexplicably, complement each other, or offer stark repudiations of same.

Though I had began my second day at the retrospective of Quebec direct cinema (otherwise another great absence in my schedule), I had adjusted course and come up against a couple of uninspiring new films. Worse still was the word that I’d already got from a friend that the Quebec films I’d skipped had been – what else? – masterpieces. I felt vaguely dispirited and had shot across town in the hope of finding refuge in the sanctuary of a near-complete series of films by the Czech satirist Vera Chytilová, which had commenced that afternoon. I had only seen one of her films, years and years ago. The movie showing that night was her 1977 film The Apple Game, in a rare and luscious 35mm print. Juxtaposed with Vera Chytilová’s irreverent vision of the revolutionary potential of female friendship, bawdy lovemaking and childbirth, bellicose and histrionic trash like Mathieu Denis and Simon Lavoie’s Those Who Make Revolution Halfway Only Dig Their Own Graves (2016) suddenly seemed to illuminate the many virtues of her work even further.

Those Who Make Revolution Halfway Only Dig Their Own Graves trailer

On one side, you had the deft, nauseating echo chamber of angry macho political ideas that was the Canadian film, with its vague feints in the direction of sexual and societal transgression. On the other, you had Chytilová’s radical cinematic assertion of the three-dimensional existence of the female body as a body. The Apple Game takes this to its logical extreme, making the very depiction of live births and caesarean operations a profoundly political, feminist gesture, as well as the source of many stupendous gags. This unintentional mash-up of two conflicting philosophies of filmmaking was only possible in a programme as intelligently staged as Doclisboa’s; as other festivals become increasingly stratified, the curatorial ethos at work at work in Lisbon is able to forge connections beyond the realm of taste.

In part, this programming wholeness accounts for the feeling of absence: another piece of the puzzle will always be missing. You can’t see everything if it’s all part of a continuum, with each section constantly feeding into another. Everybody I know accepts this as a fact of life, a loving penalty for good programming, a sort of cinephilic mono no aware. In other words, part of the experience of discovery is also to embrace the inaccessibility of many alternate movie-watching universes.

Related to Doclisboa 2017 report: the (bittersweet) fruit of paradise