Lisbon interludes: Vitor Gonçalves on The Invisible Life and A Girl in Summer

A resonantly interior study of inertia, The Invisible Life is a second movie from Portuguese film-school professor Vitor Gonçalves, whose first has been little more than a rumour from 1986. He explains the art of staring out of windows. 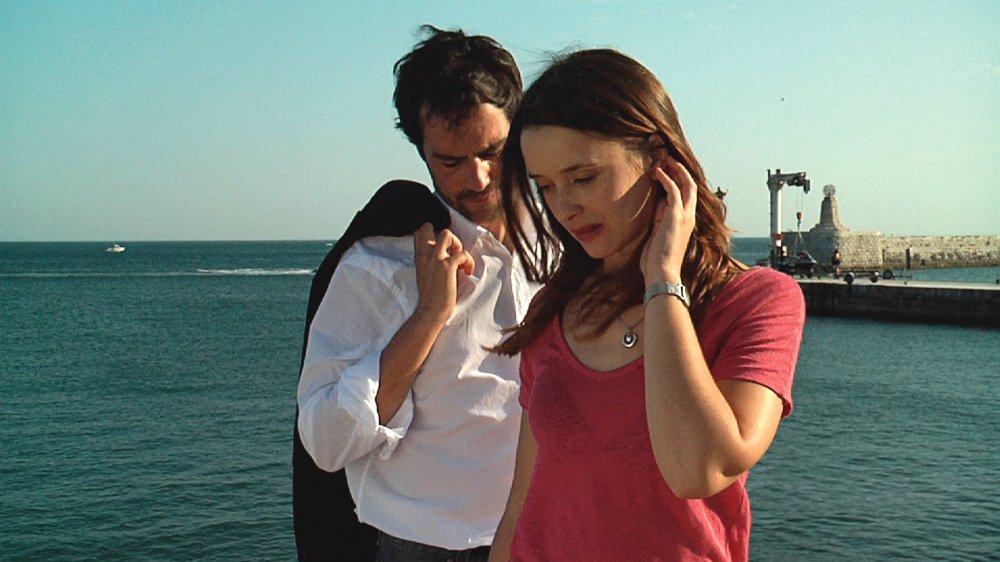 Two films in 28 years, one of which has only fitfully been seen outside of his native Portugal, just about amounts to a filmography – and can barely be called a career. Yet in these two precious offerings, Vitor Gonçalves certainly makes his claim to be ranked among the most distinctive European filmmakers of his era. With the imminent UK cinema release for his new chamber drama The Invisible Life to be followed later this year by a restored DVD issue of Gonçalves’s evocative 1986 rite of passage A Girl in Summer, it’s as if the time has come for overdue recognition for this considerable talent, whose work combines a searching, inward examination of individual doubts and uncertainties with a very apposite rendering of their particular social context in a Portugal gingerly emerging from its colonial past, and now facing economic hardship threatening the very fabric of the nation.

A Girl in Summer is scheduled for a DVD release from Second Run later in 2015.

Not that you’ll see so much as a newspaper headline referencing the Euro-crisis in the course of The Invisible Life. As government functionary Hugo faces the terminal illness of his friend and mentor António by tumbling into a vortex of anxiety over what he’s done with his own life, the story’s clear resonances with Portugal’s ongoing moment of fiscal trauma are never allowed to overwhelm the film’s primarily intimate tenor. To a daring extent, Gonçalves dispenses with much of the usual expositional signposting in this slender narrative, the film instead working on the viewer through the sheer enveloping purpose of its melancholia – a world of half-lit empty offices after hours, ghost-filled old rooms with the shutters closed, where even the lonely late-night preparation of a microwave ready-meal turns into a pensive nocturne redolent of an Edward Hopper canvas. Felipe Duarte’s self-involved protagonist might seem initially hard to read, yet Gonçalves’s painterly sense of the keening ache of empty spaces, his film’s play of light and dark, at length draws us inside the very particular moodscape of this lost soul. 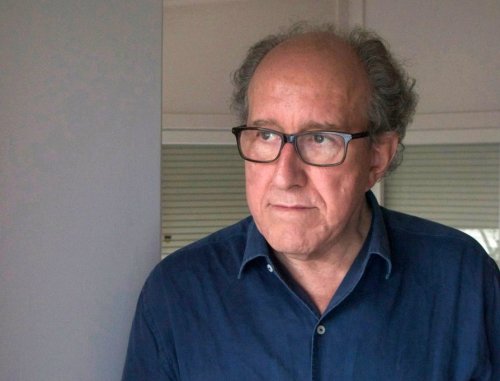 The whole thing exudes such a grandmaster’s control that it’s striking to hear, in an hour-long conversation with the 64-year-old writer-director at distributor ICO’s London office, the degree to which Gonçalves embraced uncertainty and instinct in bringing to fruition his belated return to filmmaking after more than a quarter of a century of teaching at Lisbon’s Escola Superior de Teatro e Cinema.

“It’s a film about the consciousness of the hero, a sort of interior adventure if you like, and in the process of developing it I really had to open myself to the unknown,” explains Gonçalves, a softly-spoken presence who often leans forward with a sort of conspiratorial air. “I didn’t have all the answers, but I knew I didn’t want to impose preconceived ideas on the story.”

The starting point was clear – “a man who’s faced with mortality and begins to think ‘I missed life’.” How though, to dramatise Hugo’s ‘interior adventure’, given the medium’s constraints of only being able to show the exterior of his experience? “The key for me was making change a possibility for the central character,” says Gonçalves; “to create that dramatic progression, which could happen if Hugo was somehow able to alter his relationship with time. He could discover a new expectation of life if he had a sense that time was not closing in on him. The real challenge was finding a way to visualise that.”

Fortunately, Gonçalves was able to take advantage of circumstances, namely his long friendship with Scots-based artist Julie Brook – acclaimed for her sculptural interventions, painting and films in response to wild landscapes in both hemispheres – who gave him generous access to her own poetically evocative Super 8 footage of Scottish-island seas and greenery. These he was able to thread through his own film in the guise of the stricken Antonio’s hitherto undiscovered stash of home movies. 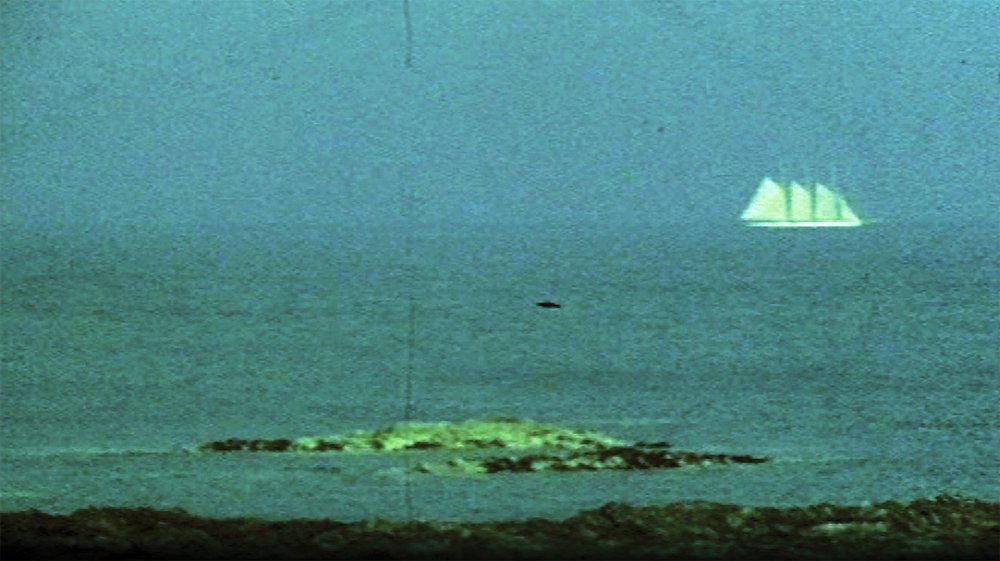 “There’s a material quality to these images: the grain is so different from the digital elsewhere in the film, and it gives them a timelessness,” suggests Gonçalves, who knows Brook through her husband, the Skye-based producer Chris Young. (Their cordial relationship began on the festival circuit in the early 1990s, and has culminated in Young pouring dividends from the hugely popular Channel 4 youth franchise The InBetweeners into co-producing this rather more arcane fare.) “The beauty of Julie’s images,” Gonçalves continues, “is that when Hugo sees them they allow him moments into which he can project his own imagination, his own emotion. So they then belong to him through the work of his unconscious. They’re a waking dream which opens up his expectations.”

While these fragments of past journeys traversing rugged northern climes offer the protagonist an imaginative release from his familiar comfort zone of cloistered nocturnal haunts (thus rendering the intended trajectory of change and renewal), they’re just part of the way Gonçalves’s visuals cast a spell on the viewer – and indeed just one instance of the filmmaker’s willingness to follow the unexpected path. Another example: “I remember I was shooting with the actors, and suddenly I felt like the corridor outside was calling to me. So we went and took a shot looking down the corridor, and from then on this kept happening, like a ‘secret’ film I was shooting alongside the actual movie. To my eternal surprise all of those shots made it into the final cut. My composer Sinan Savaskan had this concept of a note that would never end, a note which always held some possibility. But in the edit we found the music didn’t work when we used it under the dialogue with the actors, it only carried the emotion when it accompanied these ‘secret’ shots of seemingly empty spaces.”

These instinctive frames of a green-tinged hospital corridor, or a line of trees bent by the wind, not only generate their own metaphorical resonance of endurance and renewal, but in concert with Sinan’s subtly beguiling score radiate a sort of euphoric sadness. Augmented by lines of voiceover – like Hugo musing, “It was a low, late afternoon light which spoke of lost things” – the overall effect is a quintessentially Portuguese aura of tingling melancholy – something which comes across from films as different in subject matter as, say, Pedro Costa’s Colossal Youth and Miguel Gomes’s Tabu. 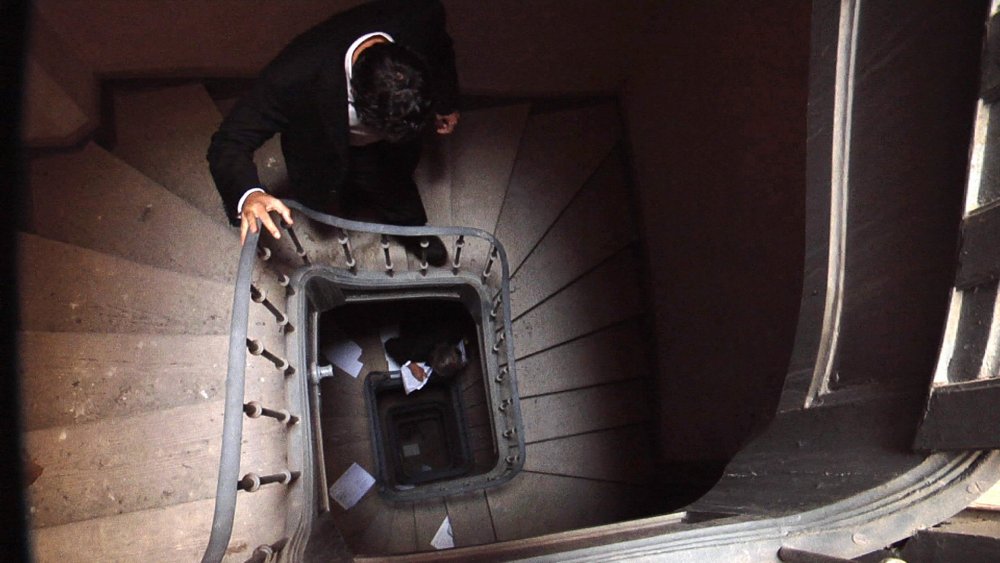 “What can I say? It’s saudade,” shrugs Gonçalves. “Every Portuguese person knows what that means. For me it’s also part of the identity of Portuguese cinema as something individual and precious. I think it’s strongly related to time, Portugal’s relationship to the past and to the future.”

That uncertain feeling of somehow living betwixt and between is something common to The Invisible Life (where repeated shots of the renovation of Lisbon’s historic Praça do Comércio both enact a farewell to history and suggest an index of the protagonist’s personal renewal), and indeed to Gonçalves’ startling 1986 début A Girl in Summer, where the post-university hiatus and glitchy love life experienced by Isabel Galhardo’s capricious anti-heroine unfold against the backdrop of a country realising its colonial era is over but not yet able to step into its next chapter.

Enlivened by startling scene transitions conveying the central character’s sense of dislocation, as well as a full-on score by Andrew Poppy (think Michael Nyman meets ZTT electro-pop) positively pulsating with pent-up energy, this too revolves around Gonçalves’s favourite notion of ‘expectation of life’. “In The Invisible Life, the hero is for the most part unable to dream about his future, but in A Girl in Summer she’s much more at ease with this idea. It’s just that she’s stuck, somehow hoping that the future will somehow happen to her by magic, so the music is fundamental to expressing that frustration and expectation.” 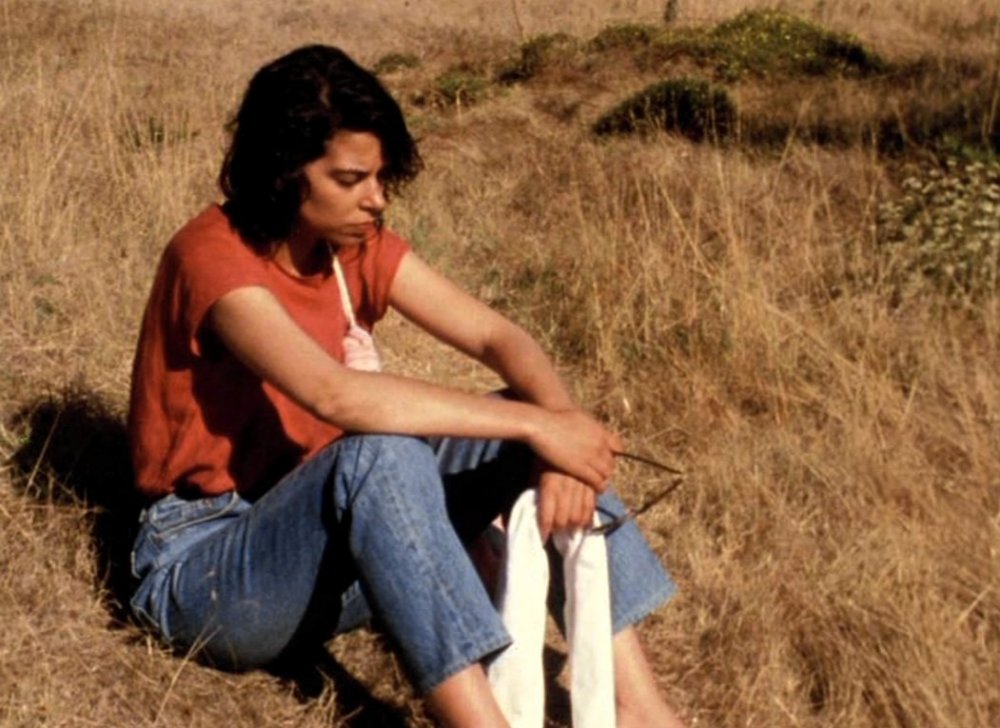 When the ever-indefatigable Second Run release their new DVD of A Girl in Summer later in 2015, the film’s sheer confidence and accomplishment should come as a revelation to a new audience. Gonçalves points out that the film’s relative lack of international exposure to date was simply down to the exigencies of the Portuguese film industry at the time. It was shot on 16mm, made possible by the generosity of cast and crew, and existed on only one increasingly battered 16mm print which limited its chances of achieving a significant overseas profile. Thankfully the Cinemateca Portuguesa eventually funded a new print to preserve the title for posterity, but it’s indisputably a film which has never really received its due.

Its tense on-screen relations between Galhardo and her writer father, whose communications are fraught with mutual resentment (though underscored, of course, by a deep reserve of feeling), prompt one last question for the veteran filmmaker, who himself is the son of Vasco Gonçalves – a key figure among the left-wing army officers who ousted long-serving authoritarian ruler Salazar during Portugal’s Carnation Revolution, who later served as Prime Minister in 1974-75. How much have these decidedly unusual family circumstances fed into the pivotal role played by paternal authority figures in both his films? 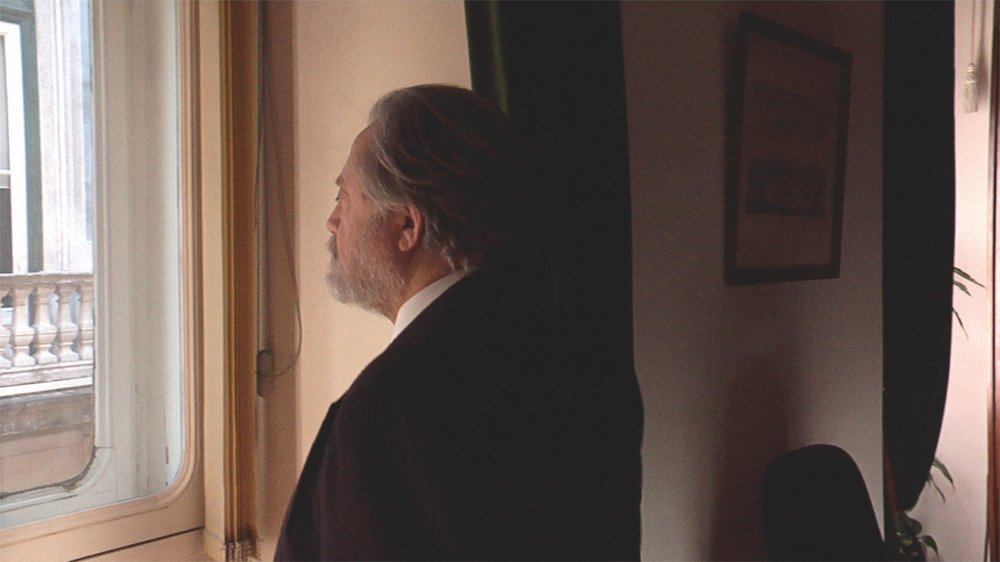 “Well, I used to say that my father was an engineer, so I became an engineer,” he offers a slightly rueful smile. “That’s what I trained as before I decided to go to film school. I think he was disappointed at first, but later he was very supportive. He was a man of fierce intellectual convictions, someone who read a lot of history, but also someone who really loved cinema, and perhaps I’ve inherited something of that.”

“I certainly wasn’t thinking of him in terms of the character of António in The Invisible Life – that was much more a dramatic device to give the hero a friend and make him seem more human,” Gonçalves continues. “But, you know, I saw A Girl in Summer again recently during the Harvard at the Gulbenkian season in Lisbon, and… my goodness, the relationship between the girl and her father seemed so personal to me, in a way I’d somehow never realised before. Even after all these years, it goes to show there are still mysteries in a film that we can discover. The story continues…”

Related to Lisbon interludes: Vitor Gonçalves on The Invisible Life and A Girl in Summer