Four films at this year’s Queer Lisboa film festival that queered the art/life divide – in rising order of enigma. 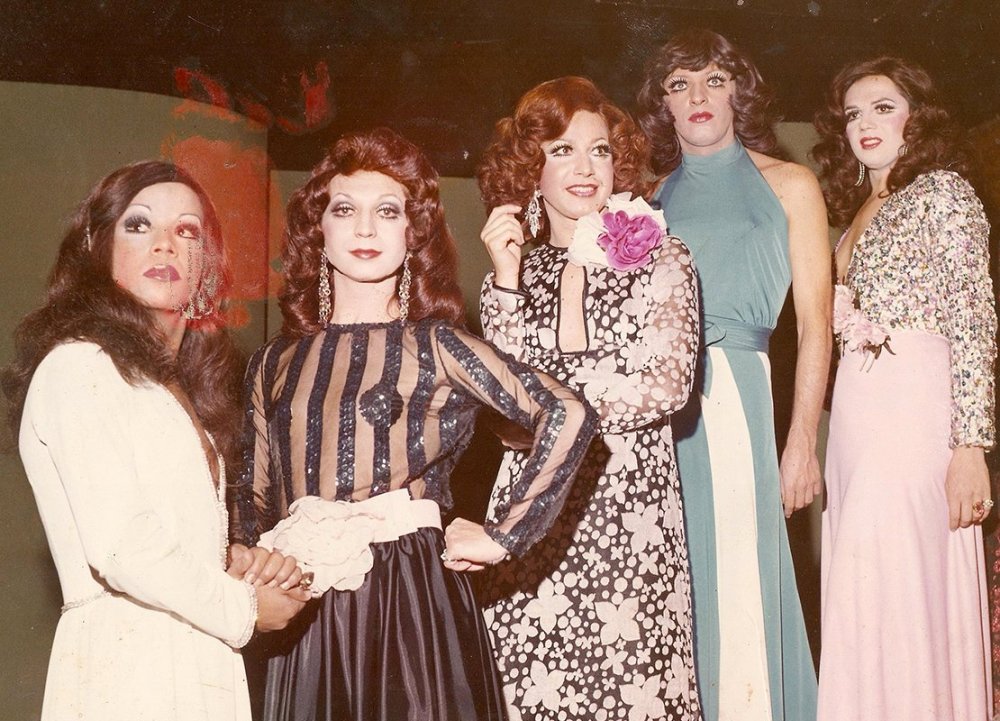 Queer Lisboa, which runs in Lisbon every September, is not only interested in sexuality. Its version of queerness is invigoratingly expansive, taking in not only minority experiences of desire and gender but a broad spectrum of alienation of whatever kind. A clutch of titles this year found intriguing connections between ideas of identity, ageing, performance and archives – mostly gay, all queer.

Past and present are far apart in Lufe Steffen’s documentary Sao Paolo in Hi-Fi. The gaze backward here focuses on bricks and mortar – or at least the importance of venues in the construction of queer subculture. It’s more or less a tour of Sao Paolo’s gay nightlife heyday, from the 1960s to the start of the 90s, in the form of personal recollection of bars, clubs, cinemas and cruising spots. There were the grand-scale spectacles and dive-bar orgies, the times Freddie Mercury stripped down to his underwear for an impromptu gig or a scene queen turned up on an elephant, and then the times people were arrested or died.

It’s a fascinating glimpse of a life gone by but only a glimpse: there are lots of interviews with scene veterans but little video footage (material apparently shot on one night at a favourite club is recycled throughout), with photos, flyers and press articles providing most of the archive. The love is clear but it’s a mourning kind of love. This world, the film and its subjects tell us, is gone now. They put on a hell of a show but now it’s the stuff of anecdote, a kind of performance that relies on absence. The party’s over and it ain’t coming back. 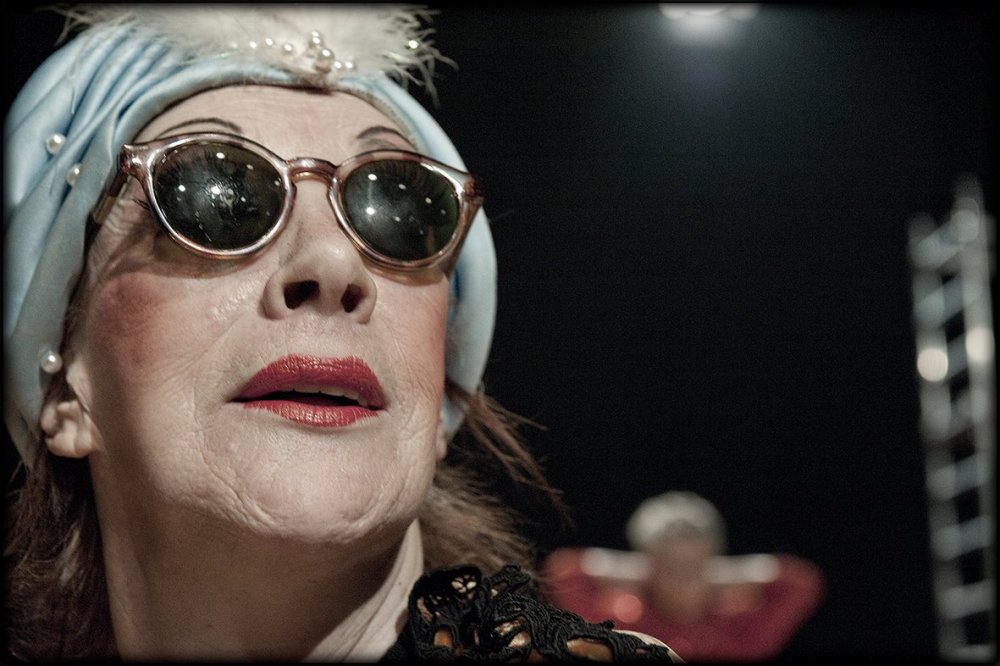 In other titles at the festival, it was harder to draw lines between past and present, performance and everyday life. In Before the Last Curtain Falls, performance is explicitly framed as a cathartic enterprise with value for ‘ordinary’ life. Thomas Wallner’s documentary is ostensibly about Gardenia, a hugely successful stage show created in Belgium in 2010 by a group of LGBTQ performers in their 60s and 70s. Most, though not all, had been on stage before, yet it’s a new kind of show for all of them – a dance- and music-based piece consciously conceived to give form to their past experiences, “to tell the story of their lives without words”.

The film isn’t much interested in the process of Gardenia’s production; doesn’t even show that much of it (though the performance documentation is done with grace and potency). Rather, it unfolds as a collection of biographical sketches of queer old age, not so different to Sébastien Lifschitz’s Les Invisibles. It’s not only in the subjects’ tales of being gaybashed or undergoing cash-in-hand gender-reassignment surgery in Casablanca or working as a prostitute that we get to know them but also in our observation of their lives as they live them today. Their stage performances are seen to be the expressive account of all of those experiences and a way of seeing themselves better – perhaps being themselves better. The line between life and art is thin. Performing isn’t necessarily pretending. “Then comes a moment when it is no longer acting,” says one member of the company. “In Gardenia, I’m not acting. I am myself,” says another.

Such concerns are at the heart of two other films at Queer Lisboa – films that were also about ageing, the pull of the past and the uses of performance, but dramatic features in which people played fictionalised versions of themselves. Castanha and Party Girl both posited cabaret performance as integral to their protagonists’ personalities, but in neither case is the situation as straightforwardly salvific as the Gardenia effect is seen to be. 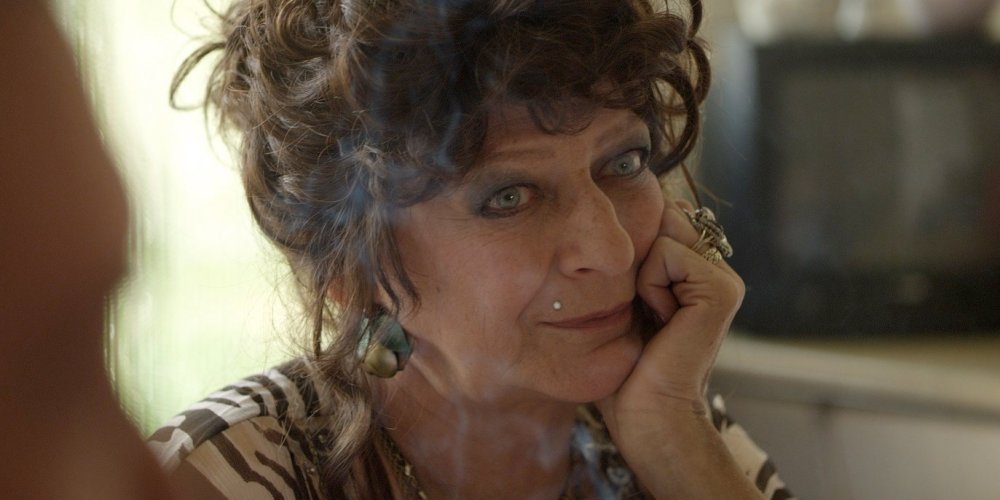 Party Girl stars Angélique Litzenburger as Angélique, who at around 60 years old has spent her career in bars, entertaining and being bought drinks near the French-German border. She’s closer to the cusp of sex work than she would like to think, if for no other reason than the strictly commodified framework in which she presents her services. Performance here exists in tension with emotionally motivated social connection rather than as a means of achieving it: the show is paid for, love happens elsewhere.

When a regular punter proposes to Angélique, she sees a way out of her environment; yet it’s the environment in which she’s most comfortable, confident and happy (if sometimes obnoxious too) and her attempt to change might damn both of them to misery. Does she perform to make a living or because it’s her life?

The film was made by Claire Burger, Marie Amachoukeli and Samuel Theis, and inspired by Theis’s own family history: his mother Angélique plays the lead and he and his siblings play her children. Can this casting itself be taken as an implicit rebuff of the notion that any of us can get out of the life of performance? 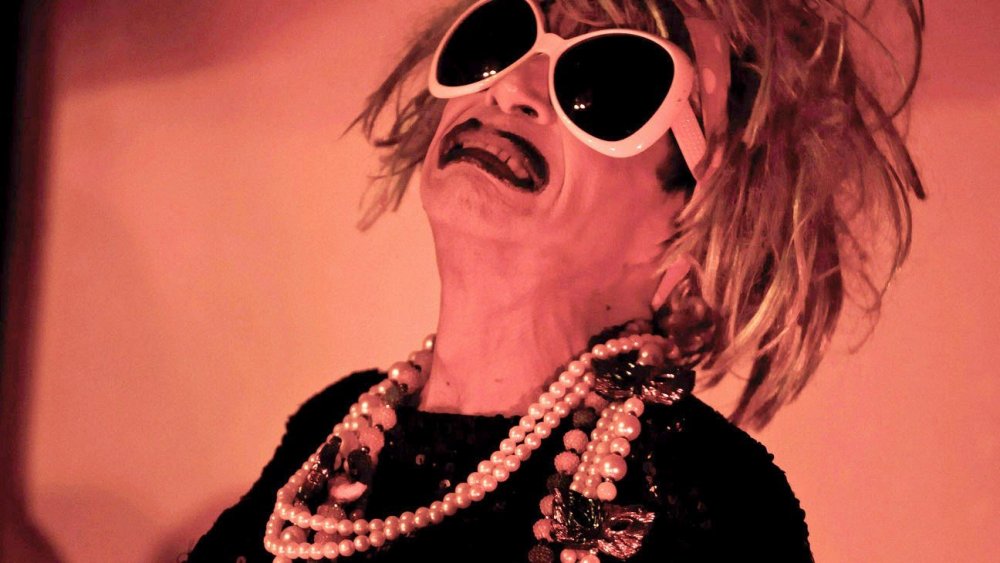 João Carlos Castanha plays a version of himself in Davi Pretto’s Castanha, another Brazilian title at the festival. Here the situation regarding performance is even more slippery. The character, in his early 50s and living modestly with his mother, seems most himself performing in drag at what look like enjoyably scuzzy venues. But he also takes roles in more ‘legitimate’ stage and screen work, better sources of income but not necessarily of expressive fulfilment.

Meanwhile, we observe him at home with his mother and dealing with a troublesome drug-addicted nephew – but this, of course, is another kind of performance, one with an increasingly evident debt to genre filmmaking, at least in terms of plotting. Where Angélique the character and Party Girl the film are direct, perhaps to a fault, Castanha and Castanha remain enigmatic and unfixable. Here more than anywhere among these titles, the borders between past and present, acting and living, the archive and the body cannot be easily policed.