Portugal’s trademark wistful melancholia might have wilted in the late-summer sun, but it was still in plentiful supply on screen, thanks to a retrospective of Dutch master Johan van der Keuken, a portrait of Marguerite Duras by top editor Dominique Auvray and a lovely tribute to longtime Cinemateca Portuguesa head João Bénard da Costa. 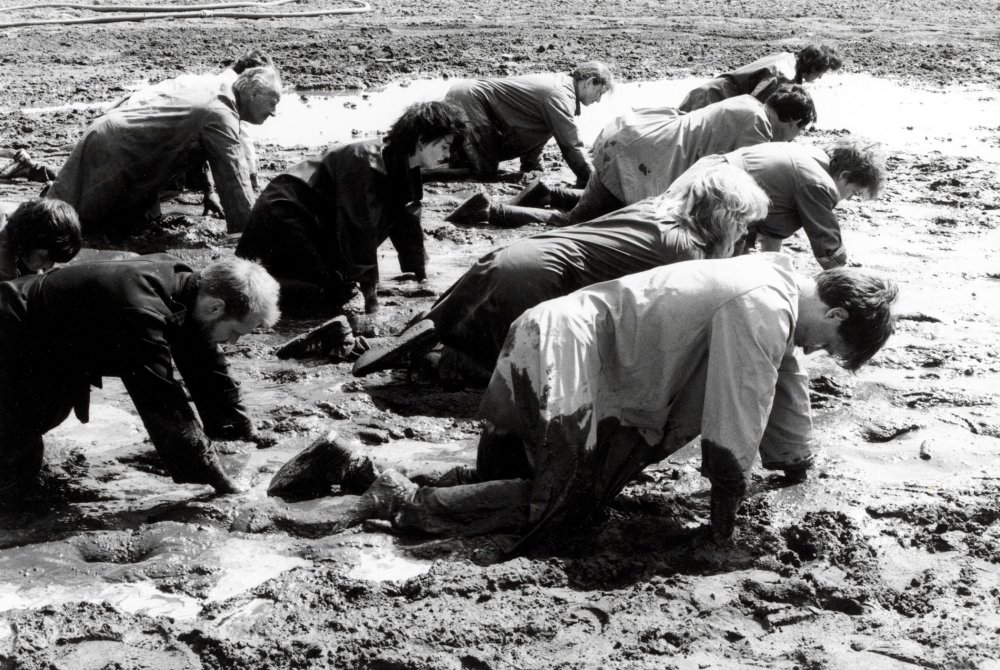 If I say that the aim of my first-ever trip to Lisbon – and to the very serious-looking Doclisboa festival – was to find a slow pulse of melancholy, I don’t mean that in a personal sense. It’s more that I was pre-sold, through my experiences of Portuguese cinema and literature, on the idea of saudade as Lisbon’s cultural life-blood – that said-to-be untranslatable concept that mixes ennui and a longing for something vanished that’s unlikely to return.

I wondered if it was saudade that helped me acquire a taste for even the most abstruse films of Manoel de Oliveira, and to adore that darkly intriguing saga Mysteries of Lisbon (directed by Chilean polymath Raúl Ruiz not long before he died), or whether that quality was just intrinsic to Lisbon being the city that filmmakers like to use for an instant flavour of how Europe once looked – whether subtly, as in Eugène Green’s The Portuguese Nun, or in the more blatantly touristic-kitsch cases like Bille August’s recent adaptation of Pascal Mercier’s novel Night Train to Lisbon.

Eventualities put a brake on that impulse, however. Among the attractions of Doclisboa for me were its time of year and the fact that no film was screened before 4.30pm. I took leave for the trip, so having the mornings free to be a tourist was a boon, and figured the late October dates would mean it might be as rainy and dark as it seems in the writings of Portuguese greats like Fernando Pessoa and José Saramago. Instead, of course, 2014’s lingering late summer never left us. Every day was blissfully hot and the evenings remained balmy so that any notion of sadness was soon banished.

Then, on my first morning there, Dominique Auvray – the French director-editor who’d lived in Lisbon and was showing fellow festival guests some of her favourite spots – told me that although saudade was a Portuguese thing, it’s not so much a Lisbon thing. I was also reminded that Oliveira’s main city-subject is, of course, Porto in the north. And yet ideas are tenacious, and when it came to watching the films there, an elegiac, wistful, yearning tone seemed to inhabit much of what I saw, despite the fact that they were all, of course, in some way documentaries (Doclisboa applies the term in its widest definition). 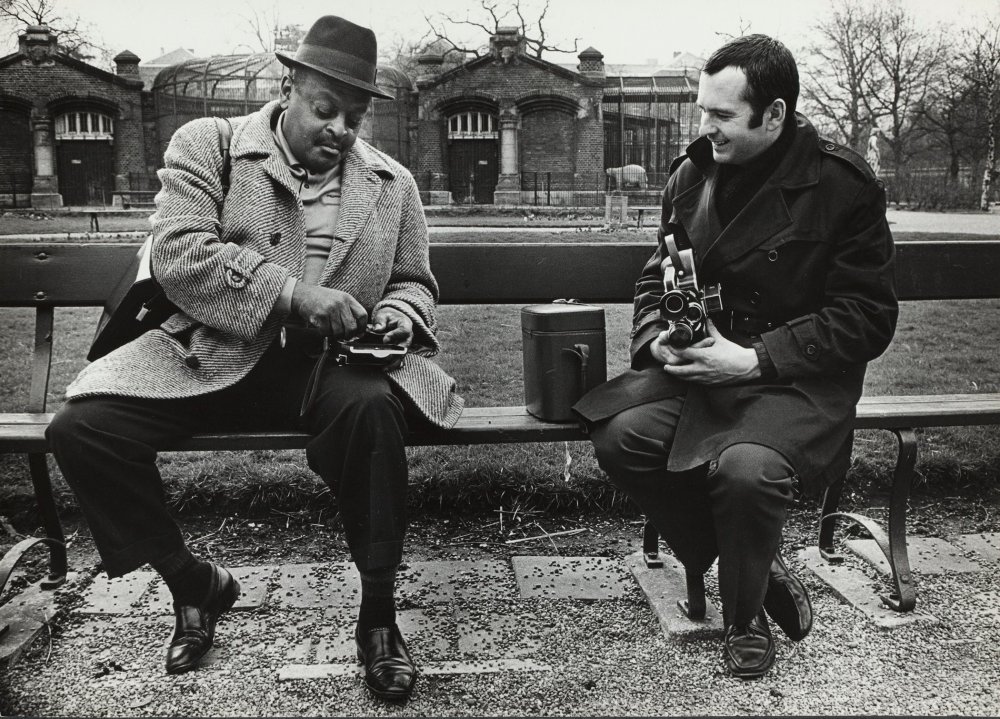 Take the first film I saw, Big Ben: Ben Webster in Europe (1967). This was part of a retrospective of work by Johan van der Keuken, about whom I knew little. I did however know something about Ben Webster, a tenor sax player who could rasp when required but more often preferred a fat but sweet and breathy mooching ballad tone drenched in the blues. (His wonderful collaboration Coleman Hawkins Encounters Ben Webster was among the first jazz records I owned.)

Webster had been a star in the Duke Ellington Orchestra, but when van der Keuken caught him he was living in Amsterdam. Being an avant-gardist, JVDK visited a saxophone factory and interviewed Webster’s landlady about his mealtimes, as well as shooting Webster shooting pool. The result is a moody 16mm monochrome study as inky as police fingerprints and lit up by Webster’s playing – though there’s not much of that captured in performance.

Quite breathtakingly different was van der Keuken’s 46-minute Time (Der Tijd, 1984), a visual response to Dutch composer Louis Andriessen’s work of the same name, built out of the composer’s characteristic large blocks of sound – in this case an arresting assault of woodwind, percussion, trumpets and keyboards, often supporting a female choir. VDK uses a lot of repeat images of the camera circling round a striking woman or a cute child. There are shots of the kind of performance-art piece that perhaps typified such work in 1980s: well-heeled performers dressed in raincoats crawling through mud. I enjoyed Time as much for the nostalgia it evoked as for its still-vivid freshness. 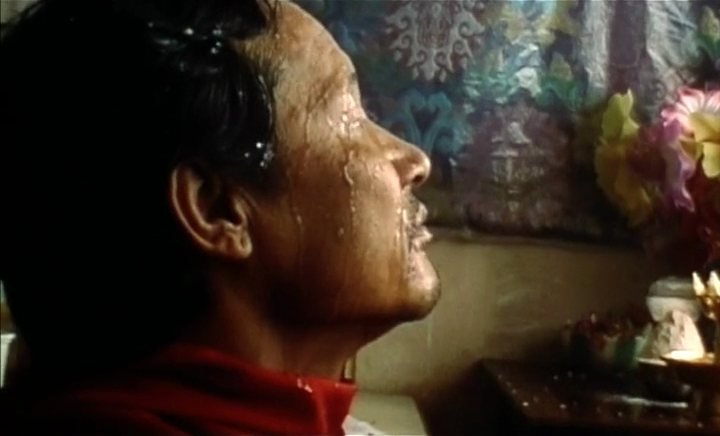 However, the JVDK documentary I saw that was most in touch with saudade – or whatever the Dutch equivalent may be – was The Long Holiday (De Grote Vakantie, 2000), in which van der Keuken finds he has prostate cancer and decides to spend whatever time he has traveling to beautiful places with his wife Nosh van der Lely in search of possible cures. He takes a small digital-video camera and an Aaton film camera first to Bhutan, where he captures the mist hanging in the valleys below sun-kissed peaks evocative of paradise; to Brazil, where he contemplates the grim life of the favelas, and the discos of the poor; to San Francisco, where he gets a prize, and back again to Bhutan for a disturbing encounter with a shaman who insists she can cure him. Here VDK’s hippy optimism about the encounter is more heartbreaking than anything. This freewheeling diary piece seems totally of the internet age from which VDK was about to depart (he died in 2001). 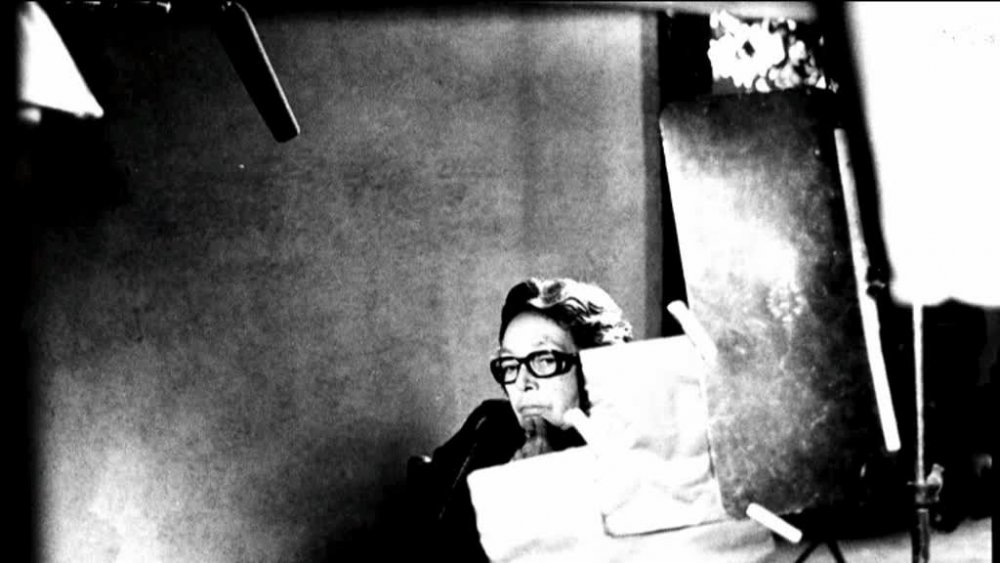 The aforementioned Dominique Auvray has worked as an editor with Claire Denis, Wim Wenders, Pedro Costa, Naomi Kawase, Benoît Jacquot and Philippe Garrel, amongst others. The festival showed a film she directed, Duras et le cinema, about the film work of Marguerite Duras, with whom Auvray began her editing career and had worked on several films, including The Lorry (1977), Baxter, Vera Baxter (1977) and Le Navire Night (1979). She had already made a film about Duras in general, Marguerite: A Reflection of Herself, in 2002. I haven’t seen that film but the allusive and poetic approach Auvray takes to Duras’s film work in Duras et le cinema seems consistent to descriptions of her earlier approach.

Duras, of course, was a formidable presence, as remembrances and clips in the new film demonstrate – particularly a TV debate involving Jean-Pierre Melville. Duras’s formal and emotional fascination with cinema, and eventual rejection of it (in favour of the primacy of words), is the story here, and that too has its own freight of melancholy.

A lot of the Doclisboa programme consists of shorts packaged together loosely. I enjoyed Flavia de la Fuente’s contemplative 15 Dias en la Playa, a sensory selection from two winters’ worth of shooting at the beach of San Clemente del Tuyú in Argentina, which juxtaposes natural phenomena and fisherman’s work. And Joel Waneck’s Sun Song makes an odyssey for early-rising workers out of shooting on the same bus route in North Carolina for six months. 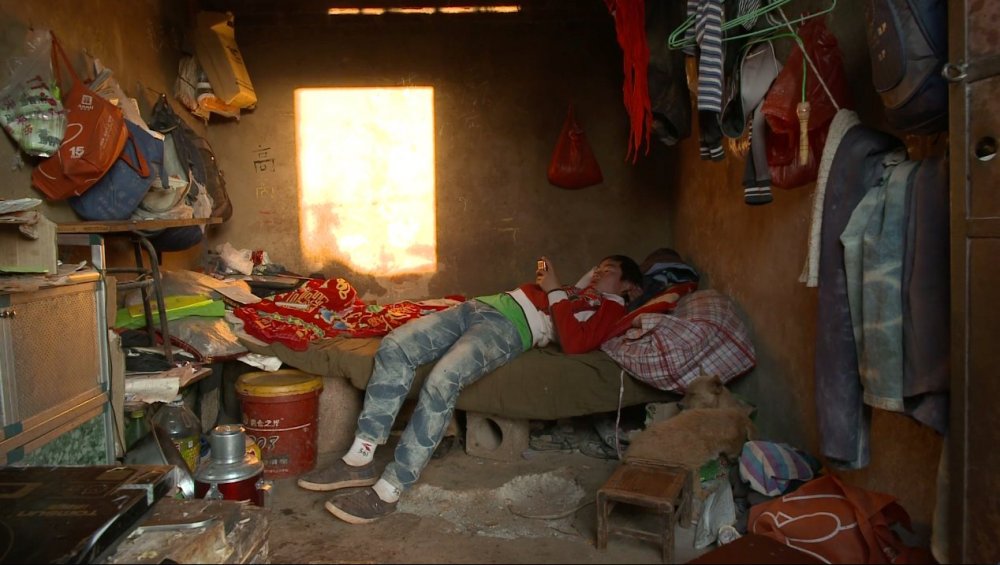 Wang Bing’s uncompleted Fathers and Sons (Fu Yu Zi) was shown here as a feature – other festivals have screened it as an installation. It concerns the circumstances of Cai, a stone caster who lives in a small, grim hut with one bed where he is trying to raise his two teenage sons.

Most of what Wang shot in the four days before Cai’s company forced him to stop consists of a shot straight into the desolate hut, where one of the boys lounges watching television. I’m not sure that 85 minutes of enforced concentration on this helps us non-Chinese learn very much – the television sound is not translated in the subtitles – but it certainly denotes a purity of method.

I caught up with German Concentration Camps Factual Survey, much of which I had already seen in Andre Singer’s ‘making of’ documentary Night Will Fall, which I reviewed in our October issue. All I can add is that I’ve never seen an audience so profoundly silenced.

That yen for reverberating remembrance I sought when I arrived in Lisbon was finally presented to me in the last work I saw, Manuel Mozos’s João Bénard da Costa – Others Will Love the Things I Loved. Bénard da Costa was head of the Cinemateca Portuguesa for 18 years. 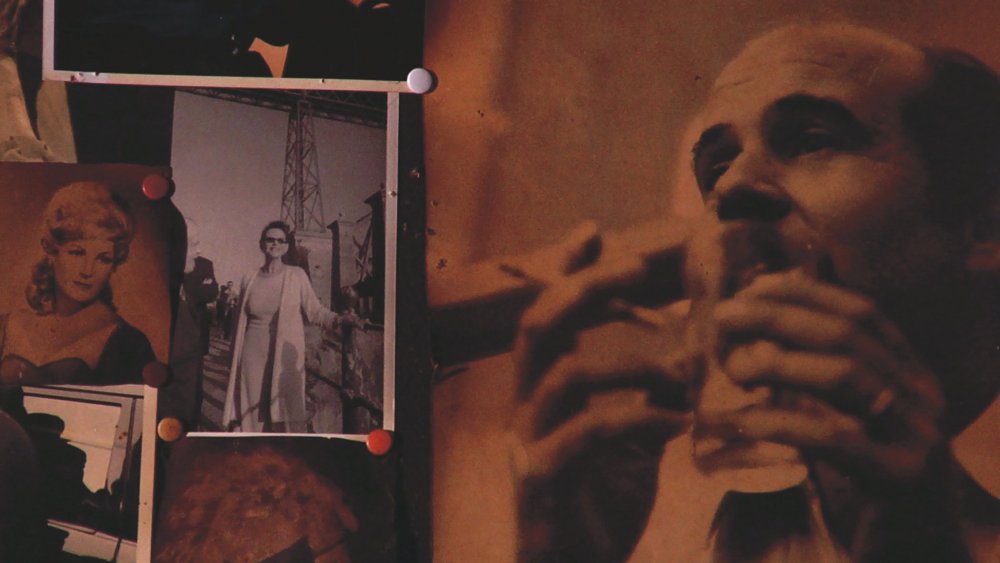 Mozos’s film takes as its lead Oliveira’s idea that “Life is an enigma, and can only be read by rituals.” Hence it follows da Costa’s passions rather than his chronology, with certain key films, such as Johnny Guitar, sitting beside Portugal’s finest artworks, the writings of Robert Musil, his family’s coastal retreat, and much more all providing the emotional touchstones of a cultural life lived to the full. Mozos knows exactly how to build a mood of poetic reverie around a person through perfectly timed shots of examined environment.

This lovely tribute film was being presented in a context that was already sad. The festival’s guests had gathered every night upstairs on the terrace of the Palacio Galveias, a nice example of fading mid-17th-century splendour which is also the municipal library. On my third night I ran into Miguel Gomez (director of Tabu) and noticed some heavily-attended debate was being had in one of the wings. Apparently the Portuguese film community had just discovered that what was left of their government finance was now under undue influence from self-interested parties.

At the screening of Mozos’s film, a letter was read by festival director Cíntia Gil, which stated “the signatories of this text do not want private audiovisual and communications operators to impose [their] mercantilist logic in public film applications.” It won a standing ovation, and I can only wish for the Portuguese film community, which has been so fertile over the last decade or so, that this threat can be rescinded.

Related to Cinema of saudade: Doclisboa’14