The “recalcitrant first lady of the Czech New Wave”. 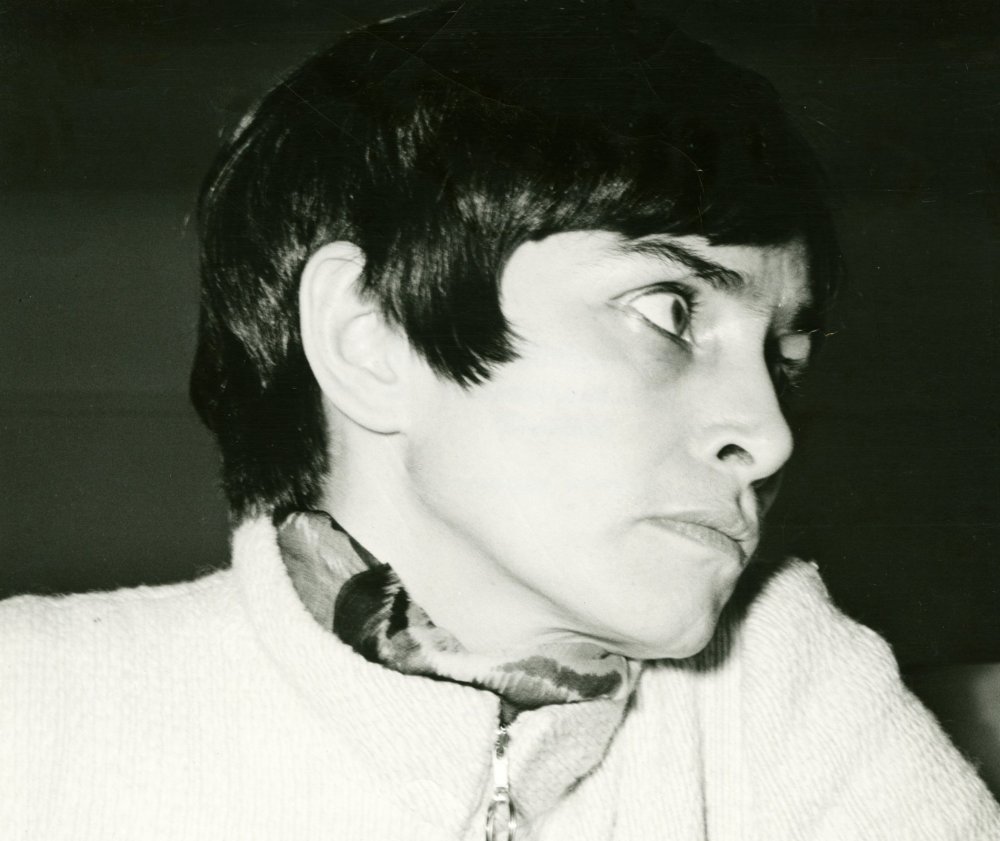 “I, too, overflow; my desires have invented new desires, my body knows unheard-of songs. Time and again I, too, have felt so full of luminous torrents that I could burst with forms much more beautiful than those which are put up in frames and sold for a fortune.”
—Hélène Cixous

Of the most imaginative and ingeniously subversive of the European new waves, she was the most unruly and colourful representative: Věra Chytilová, the recalcitrant first lady of the Czech New Wave, has died at the age of 85. Unlike some of her colleagues who, after the Soviet tanks entered Prague in 1968, moved westward into the Californian sun, Chytilová never left her native country and kept on fighting against the obtuse censorship of the Socialist regime.

Born in Ostrava, Chytilová had a rather strict Catholic upbringing, which explains her inspired desecrating flair. Refused admission from the revered Barrandov Film Studios in Prague where she had worked as a clapper girl, she was eventually accepted by the Academy of Performing Arts (FAMU).

Studying under the guidance of the elder filmmaker Otakar Vávra, by the time of her graduation she, along with her fellow ‘conspirators’, was already part of the embryonic impulse that would soon after bloom into a floral cinematic wave. Interviewed by Galina Kopaněvová for the magazine Film a doba in 1963 about her graduation film Strop (Ceiling, 1961), she claimed: “I didn’t shoot it as a homework, I didn’t think it was necessary to graduate, it wasn’t a duty but a need.” Her proposal had initially been rejected because of the suspicious sympathy she showed towards the fictional character, a student trying unsuccessfully to become a fashion model (Chytilová herself had modelled during her studies).

Less homogeneous and centralised than labels usually suggest, the Czech New Wave did coalesce into a manifesto of sort in the 1965 omnibus film Pearls of the Deep (an overt homage to the movement’s literary muse, Bohumil Hrabal), which gathered together some of the era’s most significant filmmakers: Jaromil Jireš, Jiří Menzel, Jan Němec, Ewald Schorm and Chytilová. Her entry, The Restaurant, The World, was an oneiric walk though the dark side of the patriarchal altar where love is sacrificed and women held in: the wedding. Here one could already see Chytilová’s early visual signature at work, a commotion of colours and symbolic cut-ups threaded together by a freely associative narrative. 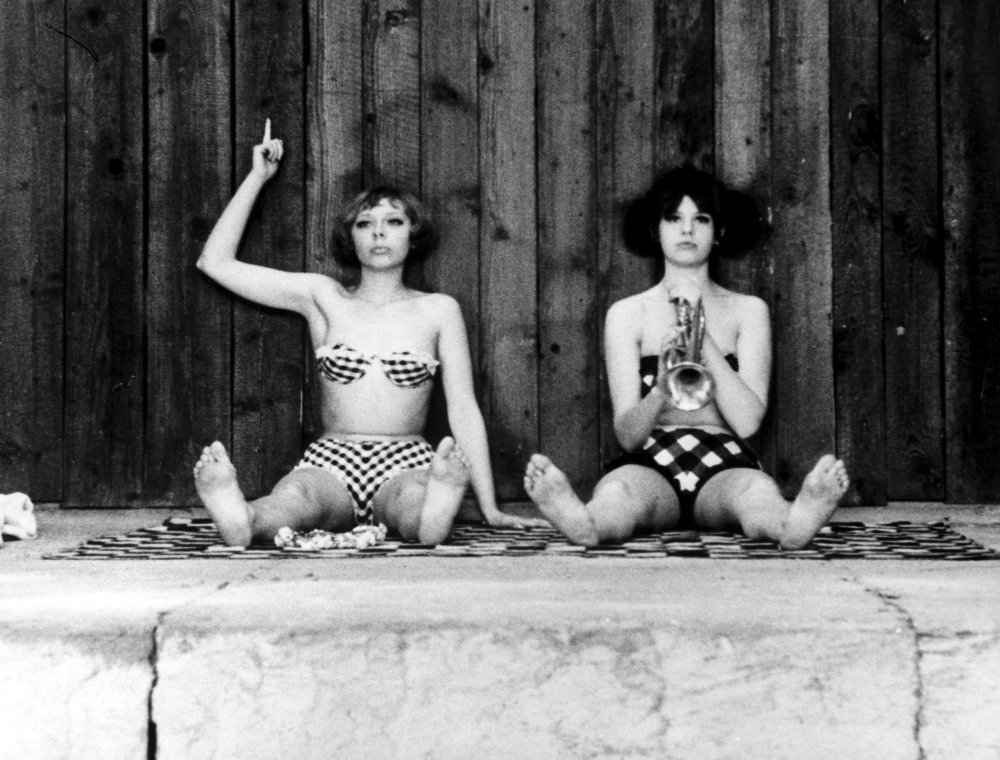 One year later and Chytilová would realise the film with which she is still most vividly associated: Daisies (Sedmikrásky, 1967), a work of visionary impertinence, the sensual incarnation of the explosive potential of cinema where feminine Eros transcends the characters’ bodies and permeates the very texture of the film. An ode and hymn to creative insubordination, the film conveys with all the senses the multitudinal streams of femininity that a grey masculine bureaucracy cannot contain or legislate. Here directing and cinematography exist in symbiotic relation, almost forming a magmatic whole. The marriage between camerawork and direction in fact extended beyond the frame as Chytilová was married to Daisies’ cinematographer Jaroslav Kučera.

Her next film, Fruit of Paradise (Ovoce Stromu Rajskych Jime, 1970), would mock the chauvinistic matrix of Christianity as inscribed in its founding text, the moral(ist) tale of Adam and Eve. Needless to say the filmmaker celebrated the carnal pleasures of apple-picking, embracing the liberating forces of desire and all its sensorial range.

But the ‘normalisation’ that followed the 1968 Soviet invasion left Chytilová with little to no creative freedom. Even if offered artistic asylum in the ‘free world’, she decided to stay, ultimately unconvinced by the glittering lure of capitalist emancipation. She would obliquely explore the illusory dichotomy between the free west and the dictatorial east in the documented interview Chytilová versus Forman – Consciousness of Continuity (1982), which she filmed on a visit to London and New York where the director of One Flew over the Cuckoo’s Nest was completing Ragtime. With her insistent and provocative questions Chytilová interrogates the alleged freedom the former Czech New Waver was supposedly enjoying, but never seems to get a straight answer for him. 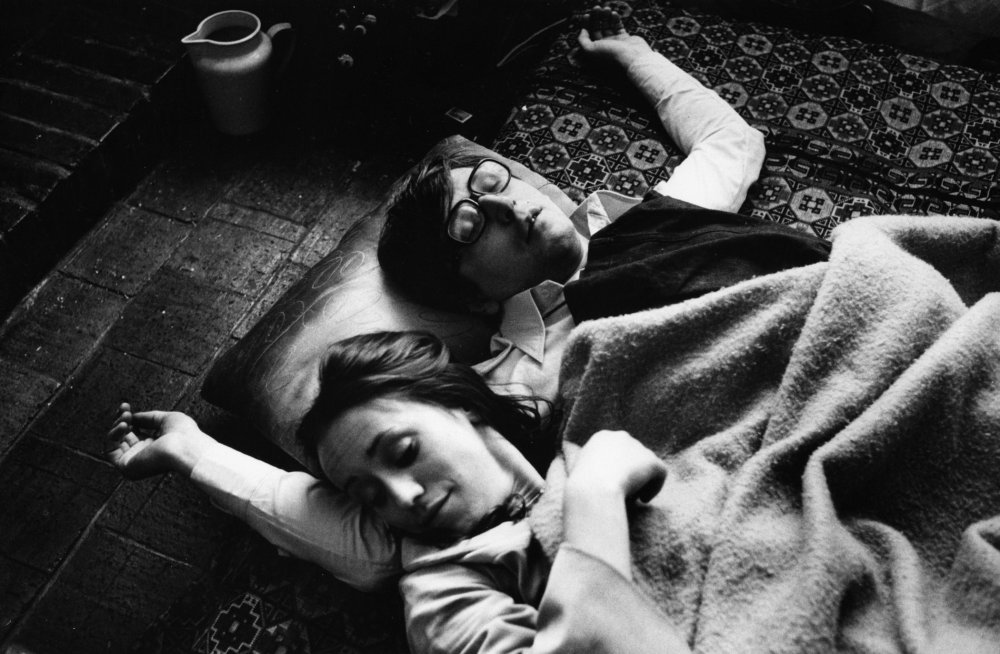 Despite the many limitations she suffered under the Communist regime, she continued to make films whenever and however she could, though the word ‘compromise’ never entered her vocabulary. When finally allowed to make another film (Hra o jablko, or The Apple Game) in 1976, after her previous two films had caused a lengthy stand-off with the authorities, she did not renounce to her poetic insolence and in spite of opting for a more realistic style, she never took the rough edges off her stories. In Panel Story (1979) and Calamity (Kalamita, 1980), a sort of Snowpiercer avant la lettre, the target of her satire was the leaden organisation of life and the dull regimentation of impulses in Communist Czechoslovakia. Chytilová was also one of the first filmmakers worldwide to deal with the issue of HIV in her 1989 film Tainted Horseplay (Kopytem Sen, Kopytem Tam).

When finally freedom and democracy came to her native land and split it into two, things didn’t change much for the headstrong filmmaker, something she lamented ever since pointing out how the only difference for her was that now censorship was no longer political but economic. The late national icon and ex-Prime Minister Václav Havel, who had guided the transition from Communism to democracy, had once dismissed women’s rights as “Dada and meaningless”, something one suspect mustn’t have sat comfortably with the director of Daisies… 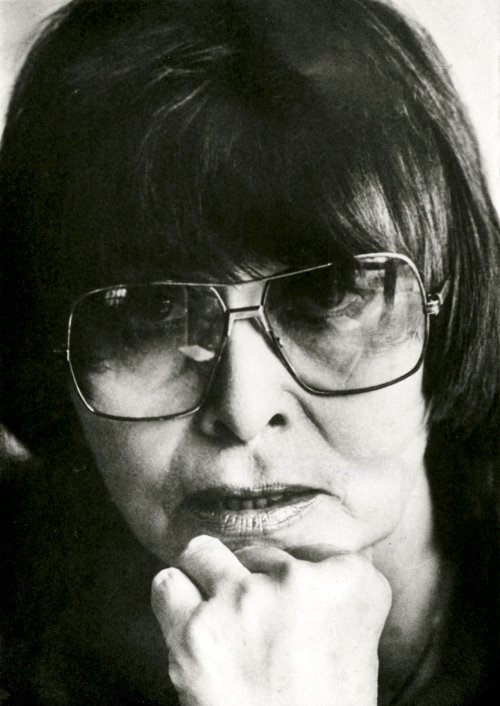 Of the few women who have worked behind the camera she has been the most irreverent, arousing and joyfully indifferent to the expectations of the male gaze. “I have no desire to cuddle my audience,” she once confessed in an interview for the Guardian.

She was the living proof that creative freedom is not something governments grant you but a need you take by any means necessary, and under any circumstances. Her distinctive, choleric bitterness had less to do with her personality than with the constant frustration that comes with being under condescending scrutiny, be it of the totalitarian or democratic kind.

When awarded a prize at the 35th Karlovy Vary Film Festival she thanked everybody by saying “Frankly, I’d rather have cash than laurels, but it’s certainly one in the eye for all the negative critics out there.” For an unbridled genius like her, awards probably meant nothing but ingratiating nods beckoning you to the realm of acceptability. That was the last place Věra Chytilova would have wanted to be found, dead or alive.