For more than four decades, Jocelyne Saab documented conflict and deprivation – especially in her native Lebanon. Following the sad news that the journalist and filmmaker died on 7 January 2019, we are republishing this article on her work online. 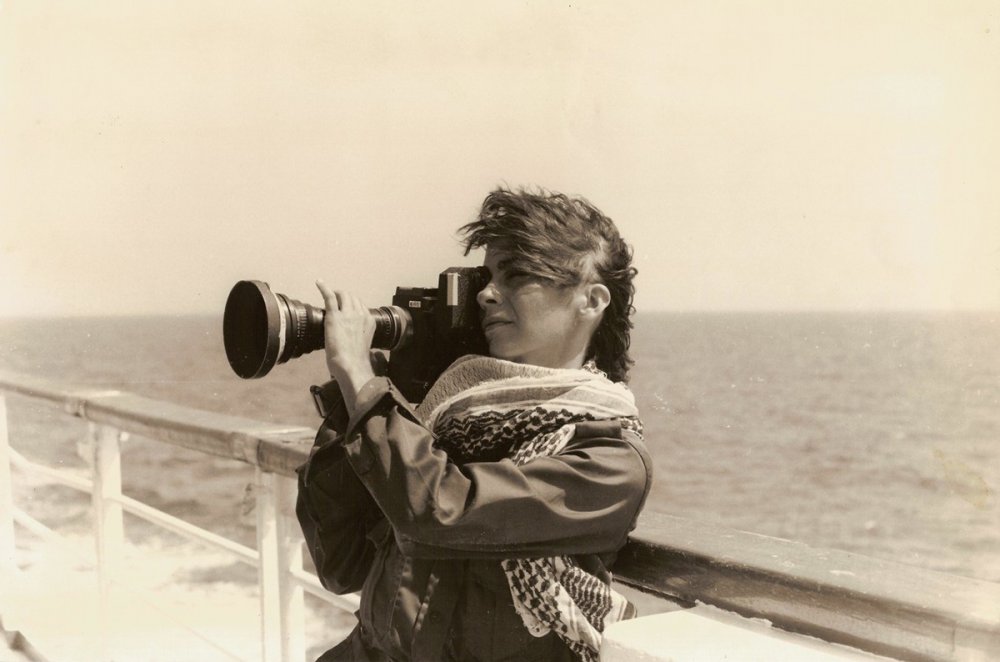 Reporter, photographer, scriptwriter, producer, director, artist and founder of the Cultural Resistance International Film Festival of Lebanon, Jocelyne Saab has placed her entire artistic career at the service of the deprived and disadvantaged – from displaced peoples to exiled fighters, cities at war and a Fourth World without a voice. Her work is grounded in historic violence, and in an awareness of the actions and images required to document, reflect on and counteract it.

Saab was born (in 1948) and raised in Beirut. In 1973, hired as a journalist by her friend, the writer and visual artist Etel Adnan, she became a war reporter. In this respect her work is in the literary tradition of Albert Londres and Ernest Hemingway. Rootedness in the here and now is key to Saab’s practice: the requirements of fact, relevance, clarity and speed underpin her practical and stylistic decisions. Current events in her work are always combined with sharp political analysis, both up and downstream of the films themselves.

Saab always understands that images will be part of an emerging common history, evaluating their role and importance for the construction of memory, and shooting and editing them to meet the challenges of historical issues. At all these levels, her films ensure that cinema shoulders its responsibilities.

We can see this most fully in the fresco she has painted of her own country, Lebanon, through multiple documentaries, from Portrait of a Mercenary (Les nouveaux Croisés d’Orient, 1975) to last year’s Un dollar par jour (A Dollar a Day, on Syrian refugees). Together with the fiction films A Suspended Life (Une vie suspendue, 1984, with Juliet Berto) and Once Upon a Time in Beirut (Il était une fois… Beyrouth. Histoire d’une star, 1994), these form a remarkable cycle, not just because of their portrayal of Lebanon but because of the relationship they reflect between artist and nation. Saab documents her battered country’s terrible wounds, its divisions and blind alleys, and also its poetry and astounding, inexhaustible energy. This longterm undertaking, in which the most intimate feelings combine with the realities of current events, is comparable to Johan Van der Keuken’s work on Amsterdam or Wang Bing’s on China. 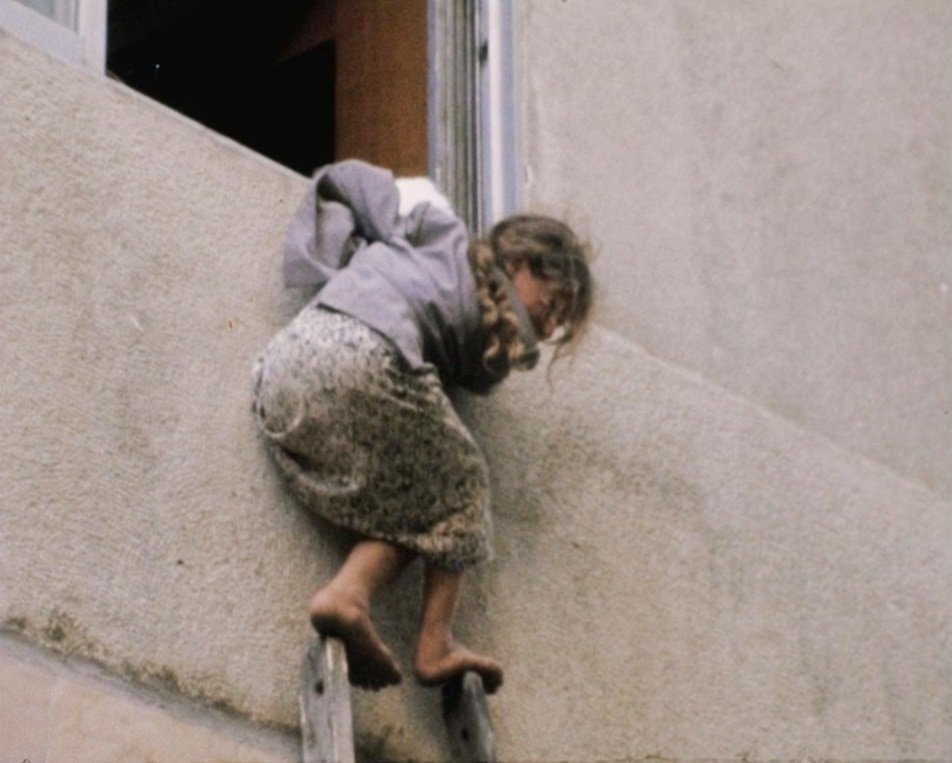 A notable part of this cinematic fresco is the ‘Beirut Trilogy’: Beyrouth jamais plus (Beirut, Never Again, 1976, with Etel Adnan), Lettre de Beyrouth (Letter from Beirut, 1978) and Beyrouth, ma ville (Beirut, My City, 1983). In these films, made in the heat of war, Saab creates a new relationship between political analysis, subjective positions and artistic work, documenting both the events of the fighting and collective reflections on the situation, and the ways that war affects the mind.

The relationship is encapsulated by the opening of Beirut, My City: standing holding a microphone in the smoking ruins of her house, just bombed by the Israeli air force, Saab describes the situation, then explores the destroyed rooms, evoking the hundreds of years of family life that have just disappeared before her eyes. In long silent tracking shots, filmed at dawn when the cannons were silent, Beirut, Never Again documents the devastation suffered by her beloved city, then the residue of daily activities, suddenly surreal in this nightmarish landscape. Like the opening of Rossellini’s Germany, Year Zero (1948) in the ruins of Berlin, the visual power here developed brings cinema back to its essence: its descriptive energy. Letter from Beirut, sent to friends abroad, also reports on the destruction of South Lebanon, refugee camps, armed forces of occupation. Her conclusion is clear: “Lebanon no longer exists.” 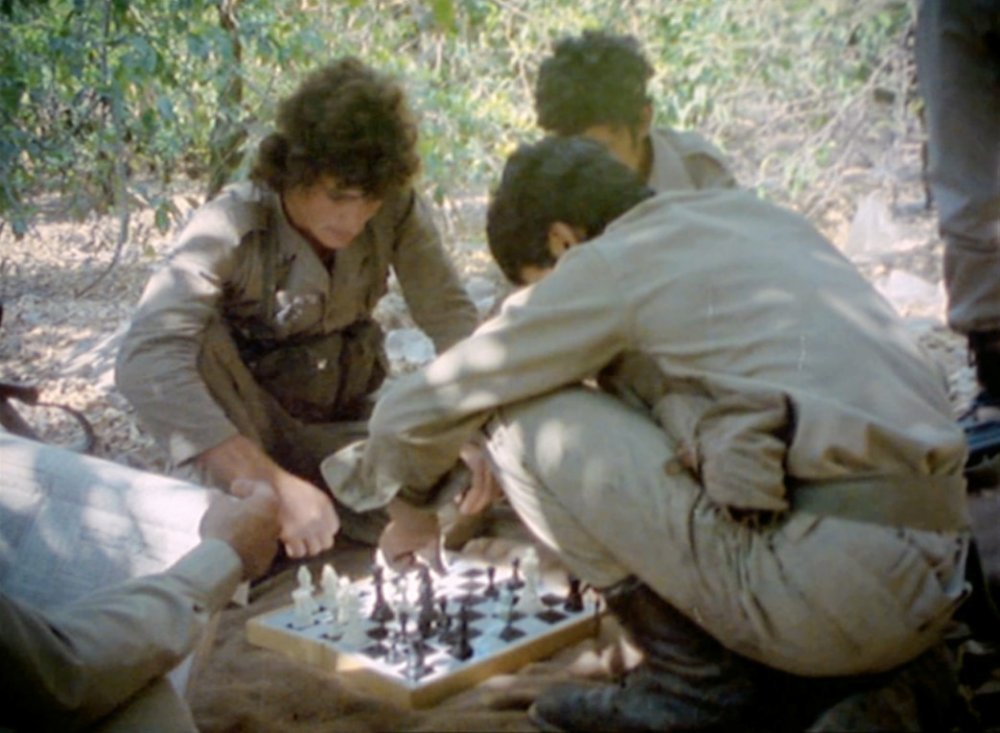 So far history has proved her right: even next to the conflicts in Iraq and Syria, Beirut remains a paradigm of agonistic fury. Writing to me a couple of years ago, Etel Adnan summed up the relevance of the Beirut trilogy: “Through her political courage, moral integrity and profound intelligence Jocelyne has instinctively grasped the essence of this conflict. No documentation of this war has ever equalled the importance of the cinematographic work that Jocelyne presents in her three films on the Lebanon.”

Saab also applied her incomparable visual political analysis to other territories, including Palestine (Palestinian Women, 1973; The Palestinians Keep Going, 1974), Iran (Iran, Utopia in Motion, 1980), Vietnam (The Lady of Saigon, 1997), Turkey (Imaginary Postcards, 2016), Iraqi Kurdistan, Syria and, crucially, Egypt, where she lived at various periods (Égypte, la cité des morts, 1977; Alexandrie, 1986; Les Almées, danseuses orientales, 1989). In 2005 the musical Dunia, filmed in and around Cairo and looking at pleasure in the context of Islam, earned her censure and death threats.

In all of these films, documentary or fiction, Saab casts an illuminating eye on all the social, political, cultural and emotional dimensions of a situation. Le Sahara n’est pas à vendre (The Sahara Is Not for Sale, 1977) offers a lesson in how to document a conflict for all students of film and journalism. Its methodical recording of the viewpoints of all parties, excluding no one, is enhanced by its visual depiction of the desert, a boundless motif shown in all its variety and specificities. But objective rationality does not prevent the adoption of ethical positions – the film starts with the fate of women and children, with which a less subtle essay might have ended. 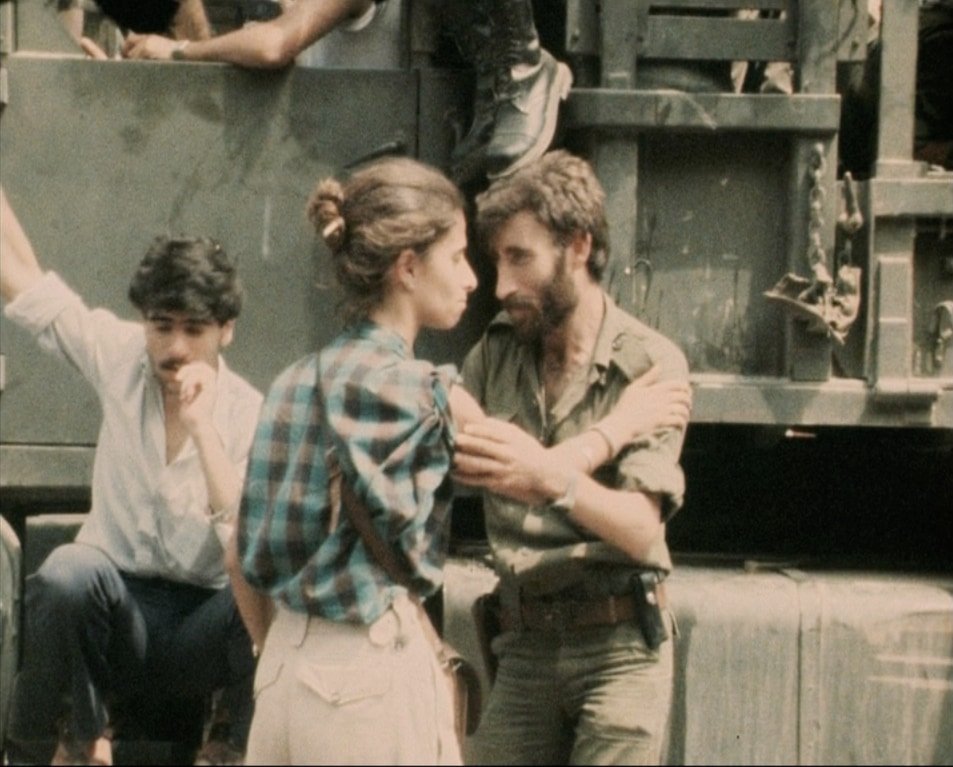 In recent years, Saab has been making art. Her first installation, the 22-screen Strange Games and Bridges, using material from her work on war, was shown at the National Museum, Singapore, in 2007. The same year, she showed photographs at the Dubai Art Fair. She is now developing several films, an autobiographical book and a first book of her own photographs. Through her intrepid, crucial work and her unique combination of analysis and sensitivity, Saab documents 40 years of our shared history as seen from the Middle East, with an ironic view of political leaders and, for the victims of conflict, love.

An emblem of Saab’s art could be found in her latest short One Dollar a Day, which advocates the raising of alms for Syrian refugees in Lebanon. In the Bekaa valley, thousands of families live under huge advertising tarps recycled as tents: a population in rags survives under monumental images of necklaces, perfumes and luxury brands, a grim collage of capitalist waste and the destitution of history’s victims. Saab photographed and filmed the camps, making very large prints of refugee portraits and, using cranes, suspending them across Beirut. To shots of the city, she adds the burning question, “How can one live on one dollar a day?” Let the image become a visual shout in favour of the disinherited; let no one escape the consciousness of suffering and injustice; let humanity become a synonym for goodness and understanding: these are the tasks Saab sets for herself and for cinema.