Why Kristen Stewart is the star for our times: we profile and interview the star of Personal Shopper, Certain Women (and Twilight). Plus Paul Verhoeven and the debate over Elle, Anna Biller on The Love Witch, Cristian Mungiu on Graduation, Jacques Becker and a wide look at Indian cinema. 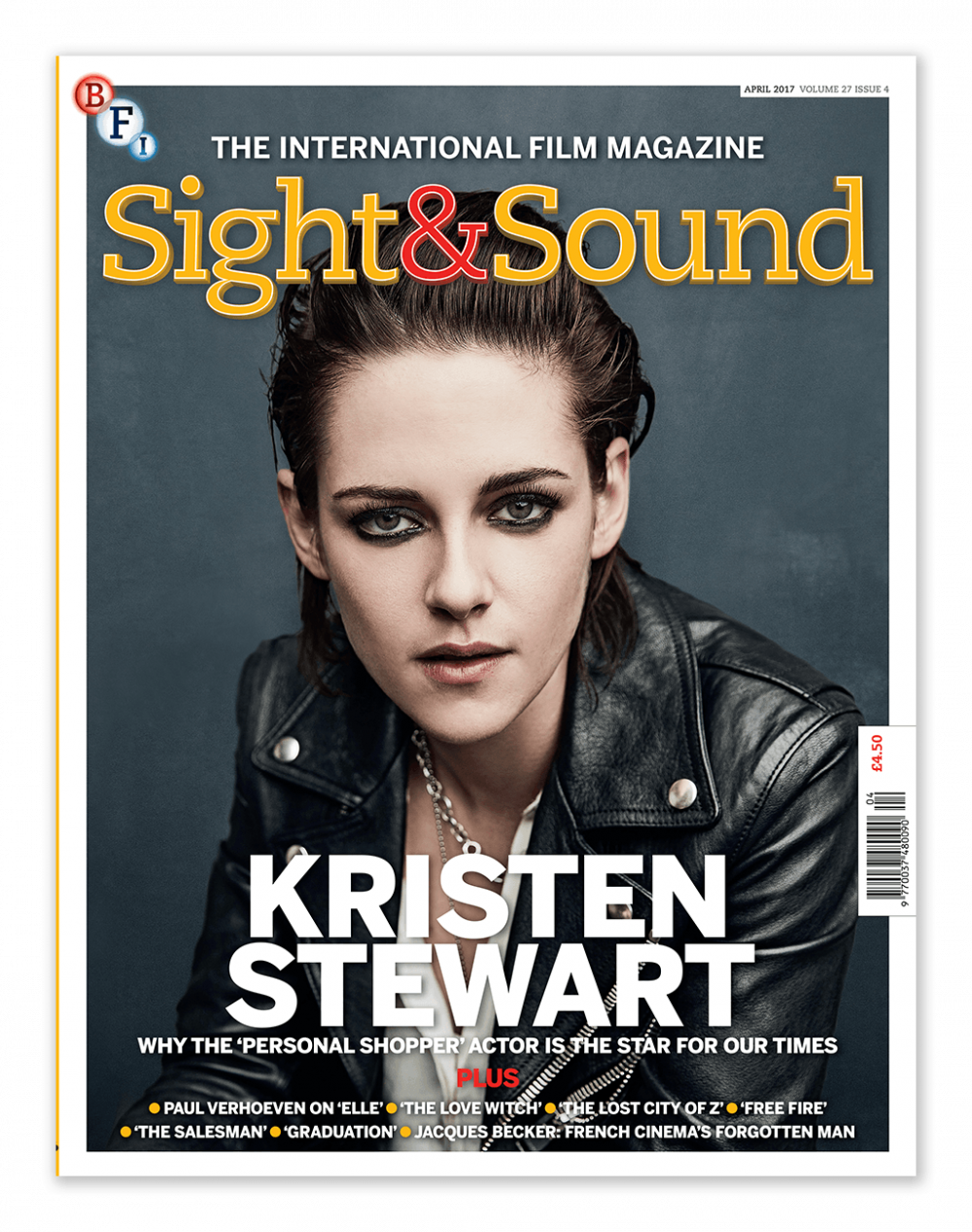 She’s our James Dean: our April issue explores how Kristen Stewart has graduated from Panic Room and the Twilight saga to become what writer Graham Fuller calls “not only an actor for the moment, but the actor” – and why her beautifully neurotic, introverted underplaying, for directors from Ang Lee, Woody Allen and Walter Salles to Kelly Reichardt (in this week’s Certain Women) and Olivier Assayas (mid-March’s Personal Shopper) makes her cinema’s prime conduit to this decade’s mood of cosmic dread.

And looking back, we endeavour to up the appreciation of French auteur Jacques Becker – as well as whet your appetite for a year of Indian cinema, looking well beyond the poles of Satyajit Ray and Bollywood. 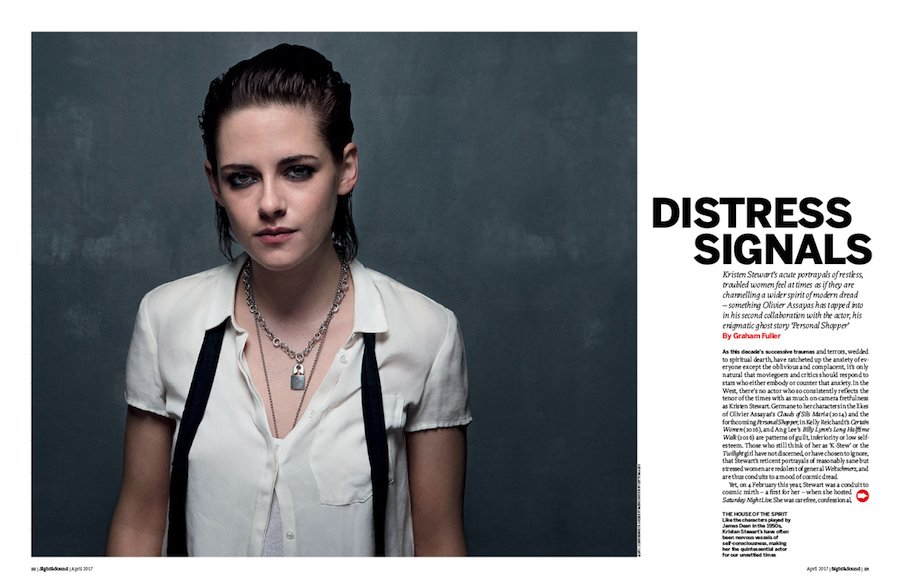 Kristen Stewart’s acute portrayals of restless, troubled women feel at times as if they are channelling a wider spirit of modern dread – something Olivier Assayas has tapped into in his second collaboration with the actor, his enigmatic ghost story Personal Shopper. By Graham Fuller.

+ Falling into the moment

At last year’s Cannes, where Personal Shopper premiered, Kristen Stewart talked about anxiety, audience expectations and the art of acting with Matthias Greuling and James Mottram. 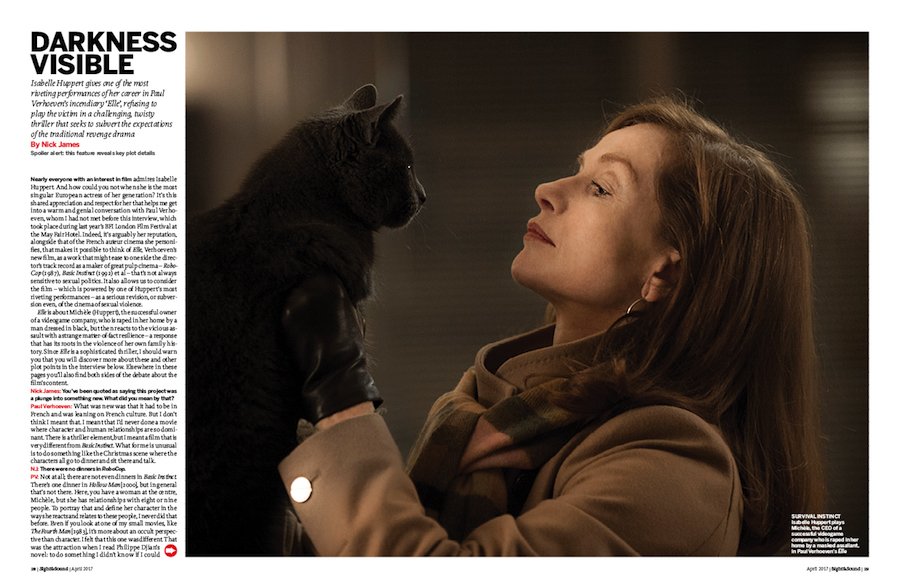 Isabelle Huppert gives one of the most riveting performances of her career in Paul Verhoeven’s incendiary Elle, refusing to play the victim in a challenging, twisty thriller that seeks to subvert the expectations of the traditional revenge drama. By Nick James.

Despite the critical acclaim for Elle, a fierce debate has erupted over its sexual politics. Here one critic defends the film as a razor-sharp portrait of the patriarchal society we live in, while another condemns it as an unsavoury misogynist fantasy. 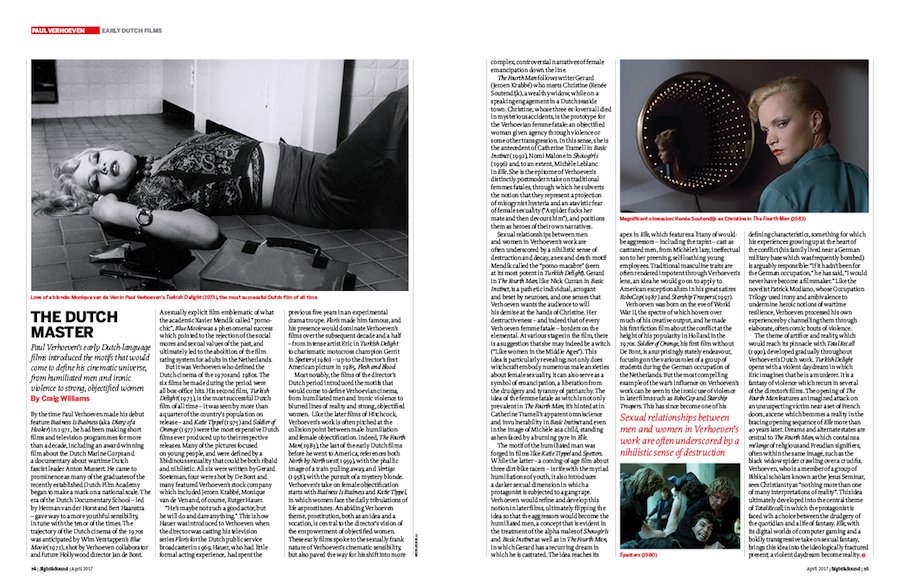 Paul Verhoeven’s early Dutch-language films introduced the motifs that would come to define his cinematic universe, from humiliated men and ironic violence to strong, objectified women. By Craig Williams. 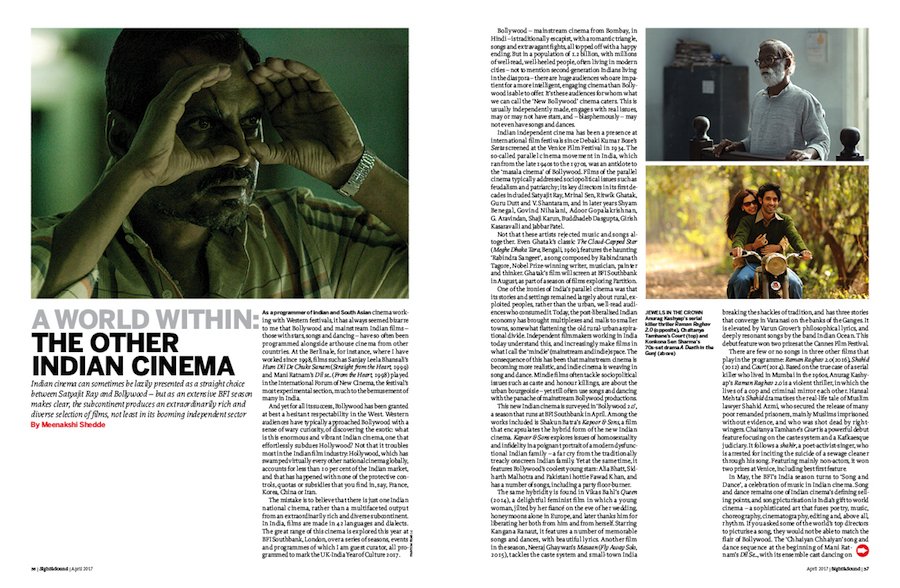 A World Within: The Other Indian Cinema

Indian cinema can sometimes be lazily presented as a straight choice between Satyajit Ray and Bollywood – but as an extensive BFI season makes clear, the subcontinent produces an extraordinarily rich and diverse selection of films, not least in its booming independent sector. By Meenakshi Shedde. 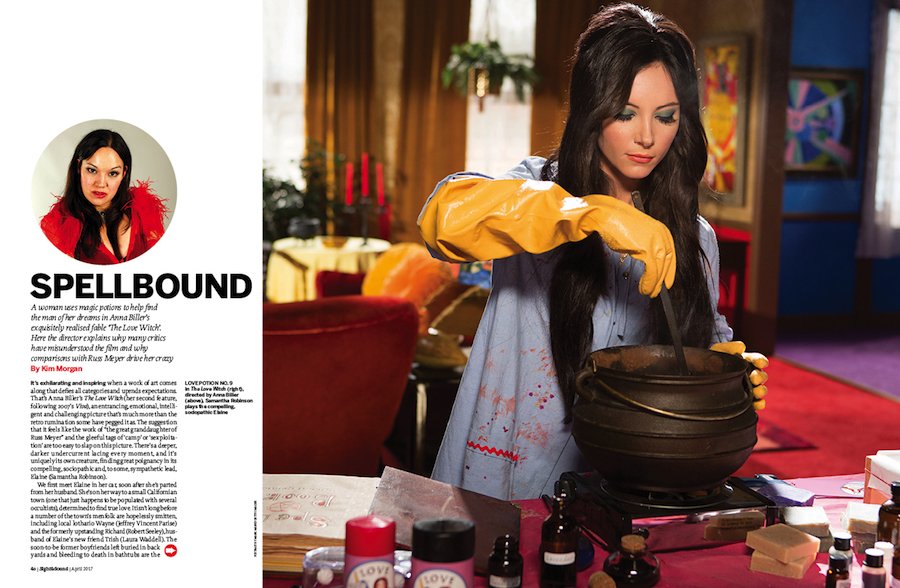 A woman uses magic potions to help find the man of her dreams in Anna Biller’s exquisitely realised fable The Love Witch. Here the director explains why many critics have misunderstood the film and why comparisons with Russ Meyer drive her crazy. By Kim Morgan. 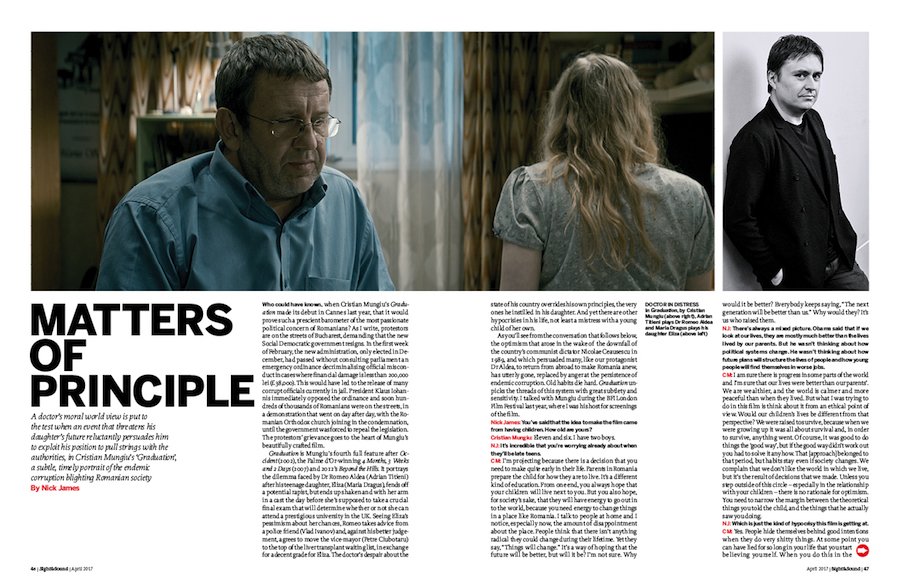 A doctor’s moral world view is put to the test when an event that threatens his daughter’s future reluctantly persuades him to exploit his position to pull strings with the authorities, in Cristian Mungiu’s Graduation, a subtle, timely portrait of the endemic corruption blighting Romanian society. By Nick James. 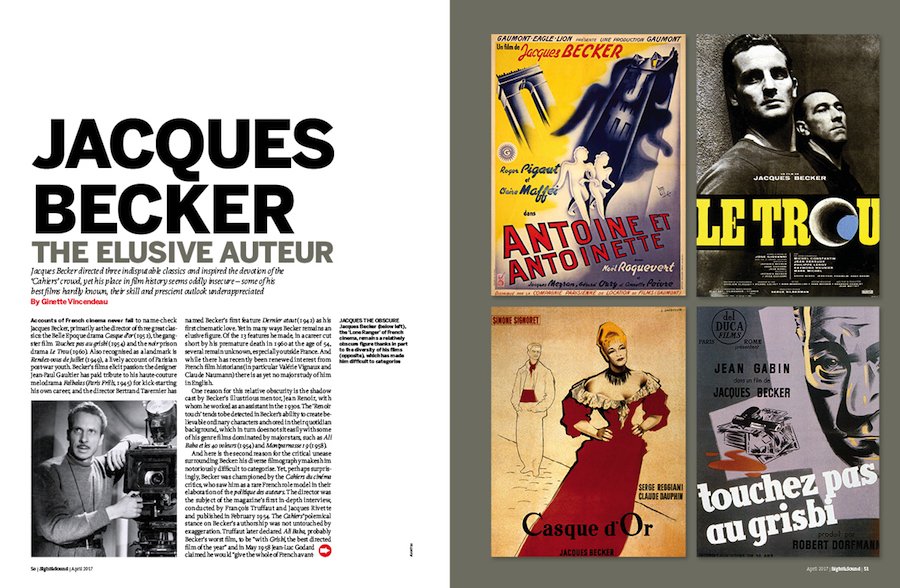 Jacques Becker directed three indisputable classics and inspired the devotion of the Cahiers crowd, yet his place in film history seems oddly insecure – some of his best films hardly known, their skill and prescient outlook underappreciated. By Ginette Vincendeau. 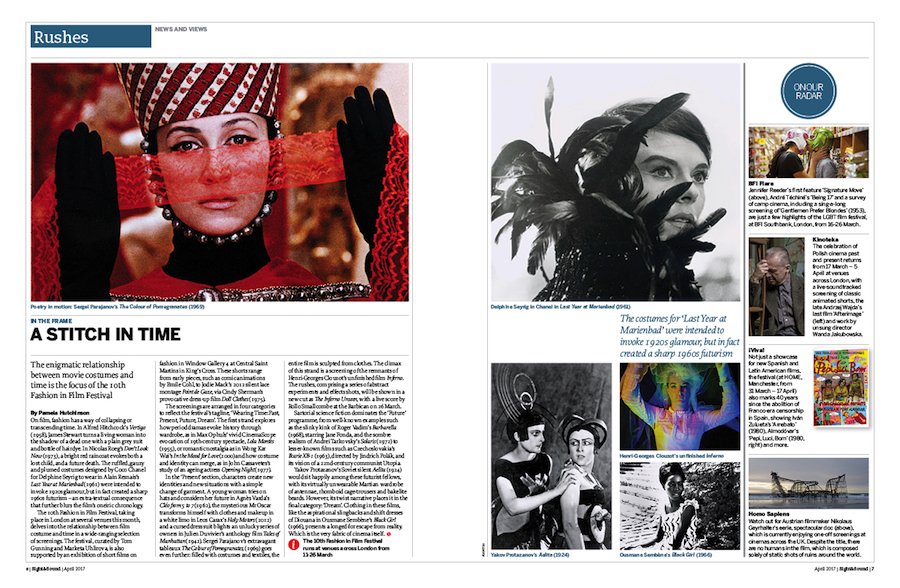 In the frame: A stitch in time

The enigmatic relationship between movie costumes and time is the focus of the 10th Fashion in Film Festival. By Pamela Hutchinson.

Sharp, shiny, frequently wielded by women – is it any wonder scissors appeal to shrinks, and to filmmakers? By Hannah McGill.

Jenny Gage’s All This Panic is a poetic, bittersweet fly-on-the-wall documentary portrait of a group of girls growing up in Brooklyn. By Anna Coatman.

Hollywood’s ingrained racism deprived Jeni LeGon of a great dance career – but now she has inspired a brilliant novel. By Pamela Hutchinson.

Dispatches: Xanadu on the Potomac

As we struggle to understand Trump’s America, we can look to one great filmmaker who seemed to prophesy it over and over. By Mark Cousins. 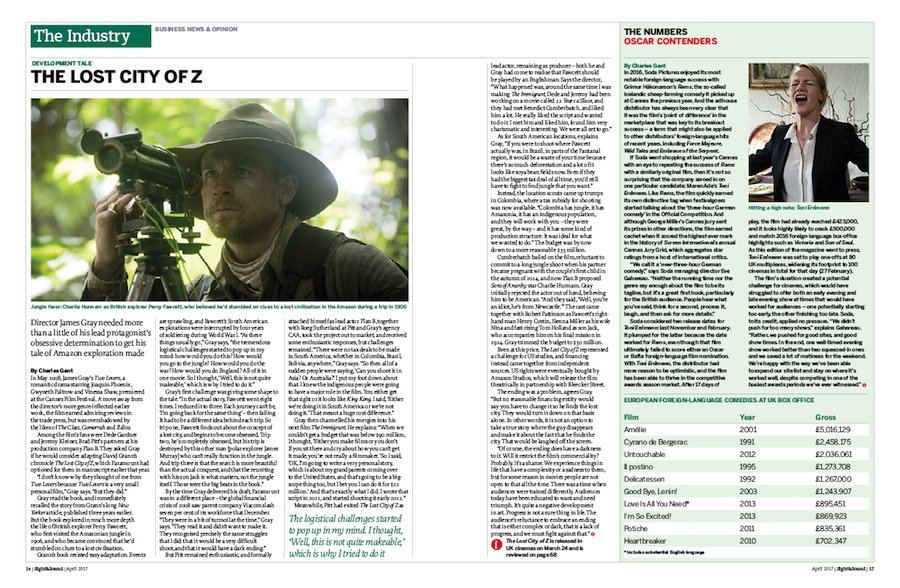 Director James Gray needed more than a little of his lead protagonist’s obsessive determination to get his tale of Amazon exploration made. By Charles Gant. 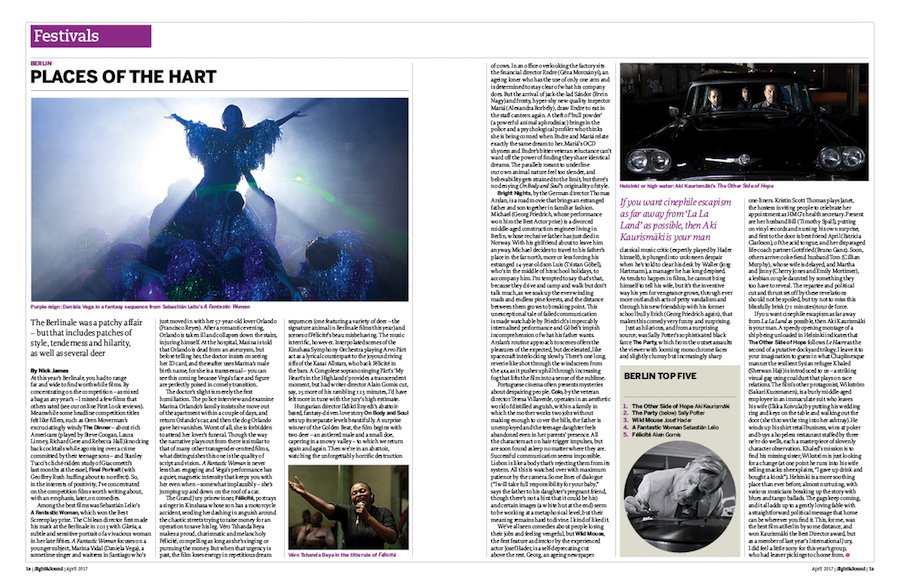 Berlin: places of the hart

The Berlinale was a patchy affair – but that includes patches of style, tenderness and hilarity, as well as several deer. By Nick James.

Rotterdam has shown admirable tenacity in sticking to its founding principles as a showcase for films you won’t find at other festivals. By Tony Rayns. 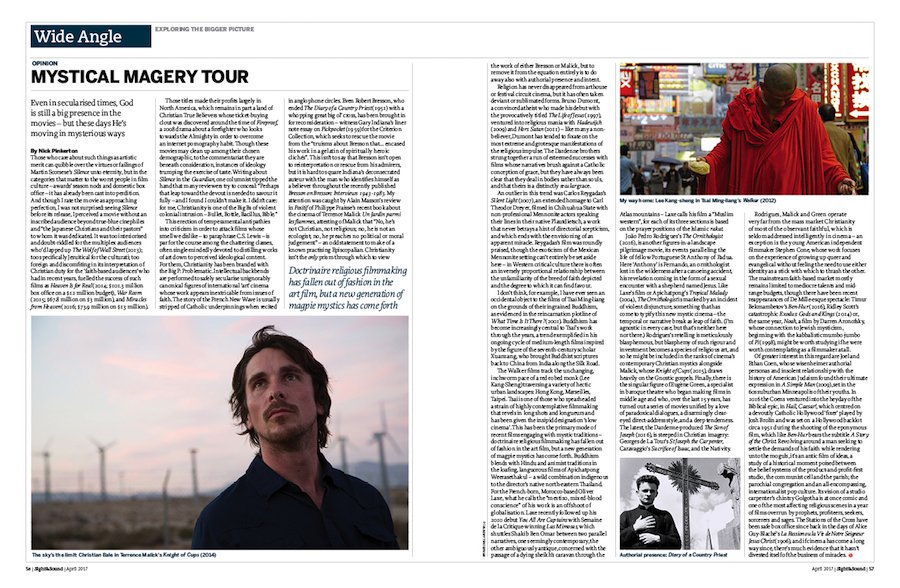 Even in secularised times, God is still a big presence in the movies – but these days He’s moving in mysterious ways. By Nick Pinkerton.

Soundings: The music of the fears

When horror films seek to overstep limits of taste and expectation, why do so many soundtracks play the same old tune? By Joseph Stannard.

There is more to silent film and to deafness than a straightforward absence of sound. By Bryony Dixon and Pamela Hutchinson.

The films of Rita Azevedo Gomes, filled with layers, paradoxes and poetry, reinforce a conception of cinema built on friendship. By Cristina Álvarez López and Adrian Martin.

Archive: Reeling in the years 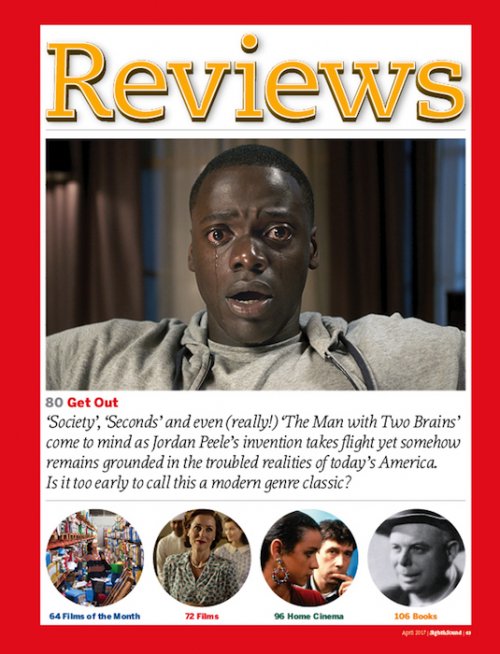 Aquarius
Free Fire
The Lost City of Z
The Salesman

The Age of Shadows
All This Panic
Another Mother’s Son
Catfight
The Chamber
The Creeping Garden
A Cure for Wellness
Dancer
Don’t Knock Twice
Elle
The Eyes of My Mother
Fifty Shades Darker
Fist Fight
Get Out
Graduation
The Great Wall
Headshot
I.T.
John Wick: Chapter 2
The Lego Batman Movie
Logan
The Love Witch
Man Down
The Olive Tree
Personal Shopper
P.S. Jerusalem
Rahm
Rings
Rules Don’t Apply
Shut In
A Silent Voice
The Space Between Us
Uncertain
Viceroy’s House
Within 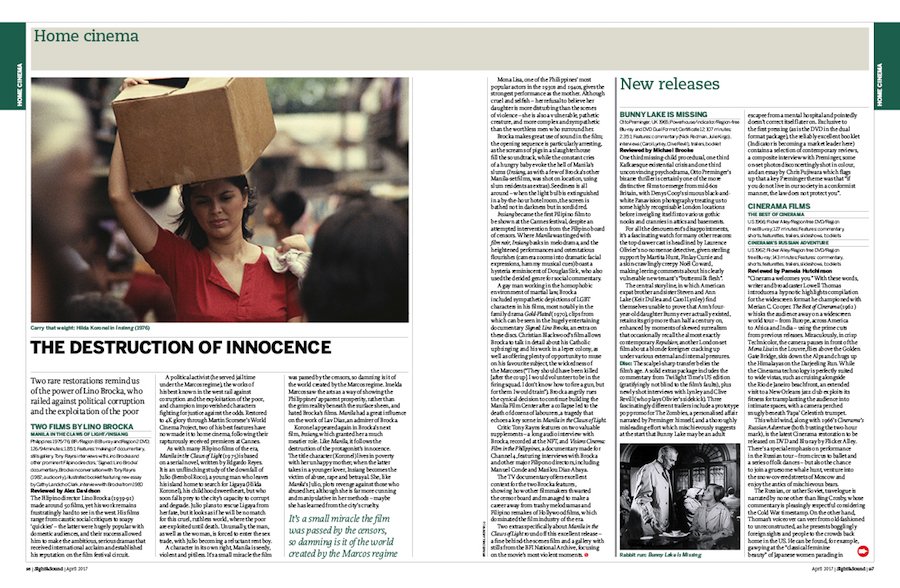 The destruction of innocence: Two Films by Lino Brocka

Two rare restorations remind us of the power of Lino Brocka, who railed against political corruption and the exploitation of the poor. By Alex Davidson.

The tale of an ambitious woman’s rise and fall, this Joan Crawford showcase is a cold-hearted weepie cloaked in classic noir. By Pamela Hutchinson.

Head trip: Bring Me the Head of Alfredo Garcia 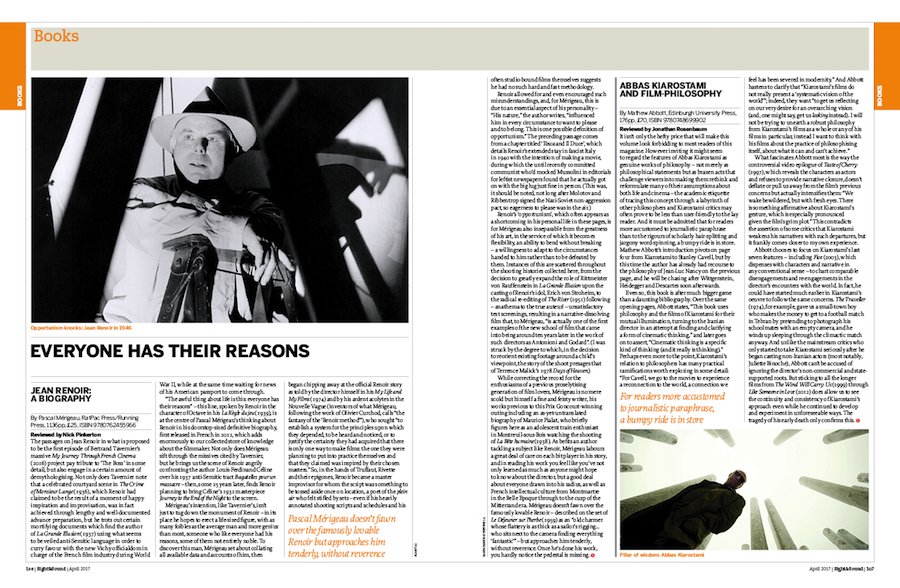 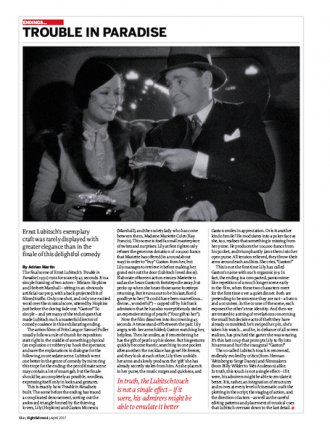 Up with the digital resolution

Ernst Lubitsch’s exemplary craft was rarely displayed with greater elegance than in the finale of this delightful comedy. By Adrian Martin.