A medium-cool Kristen Stewart shops and drops in with the dead in Olivier Assayas’s modern mystical Paris. 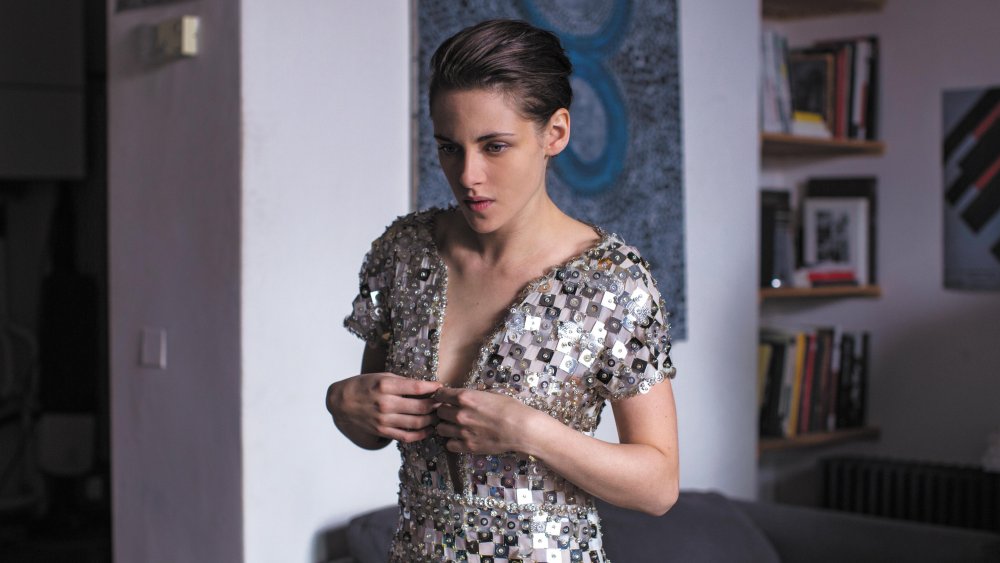 Olivier Assayas likes to fling us fast through a film, in quick-sketch scenes. And he likes to wrong-foot us too. So where we start with dissatisfied youth Maureen (Kristen Stewart) is not with her life as a lonely someone who shops for a celebrity she rarely sees, but with her professing to be a medium to the spirit world. Friends want to move into what was her family home, before her twin brother Lewis died of a congenital heart condition, but she insists she must stay a night or two in the now-empty house before she can hand it over. And things do go bump, and creak, and scratch right away, which is what Maureen wants, because she’d made a pact with Lewis – himself a medium – that, after he died, he would show her a sign of some kind.

What she experiences, though, is not enough. And so we’re zoomed into her titular life, where she checks, selects and collects racks of clothes and jewellery cases – which her superstar bitch of an employer Kyra instructs her never to wear – and transports them to Kyra’s apartment via scooter (in scenes that sketch in Paris at night) or sometimes Eurostar (which brings in London). On one occasion she meets Kyra’s lover Ingo (a chillingly low-key Lars Eidinger), who questions her closely while he waits for Kyra to finish a Skype interview in her bedroom – he’s just been dumped, he tells Maureen, and wants to persuade Kyra to change her mind.

A second night for Maureen in the family house produces a wispy ectoplasmic manifestation that somehow satisfies her the house is clear afterwards, but then her life starts to go awry. Mysterious taunting text messages get under the skin of her ambitions. Someone out there bullies and encourages her to dress up in Kyra’s clothes and take pictures in a pre-paid hotel room, and if that weren’t enough to scramble her mind, the ectoplasmic mist seems to be drifting around after her. 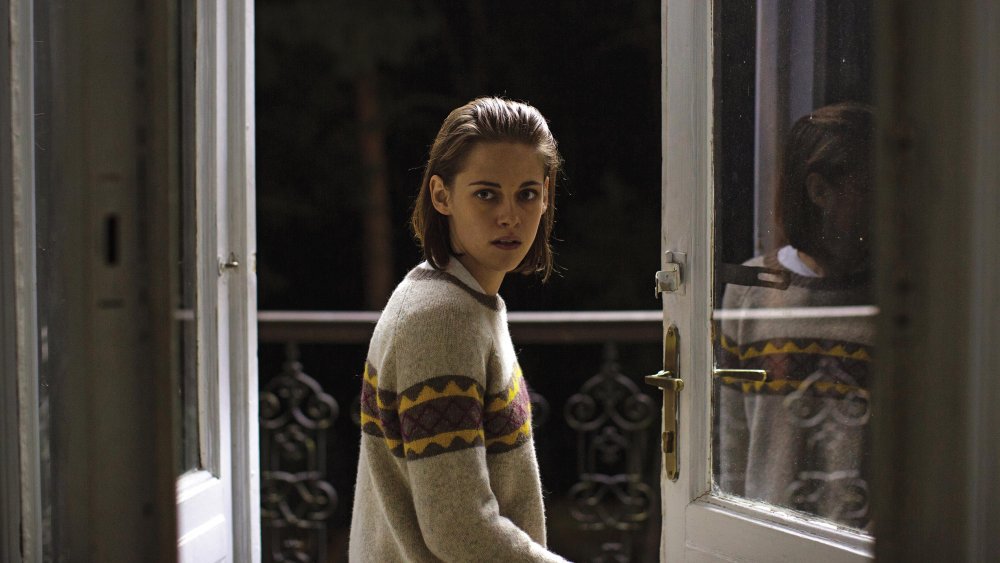 As Maureen, Kristen Stewart is an enigmatic, warily frayed-yet-unafraid presence, almost as if she’d be happy to step over to the ‘other side’ at any moment. She is unquestionably the actress of the moment, magnetically watchable no matter what she does, even bobbing about Parisian traffic at night helmeted on a scooter dangling garment bags.

Assayas’s approach to the ghost story manifestations is pleasingly straightforward, and the screenplay’s handling of the SMS discussion between Maureen and a mystery figure is a masterpiece of tension-building. As usual with Assayas, there’s a nod to a key artist – the Swedish mystic Hilma af Klint, a precursor of abstract expressionism – whose local artists group, The Five, believed in contacting ‘higher masters’. Ghost manifestations tend not to scare me, and I can’t say this one did either, but it did nicely rattle the rafters of my thoughts around grief; and I loved the way the unfolding terror is handled, through the use sometimes of the corniest methods, and almost lightly.