A winning web of everyday Romanian secrets and compromises from the Palme d’Or-winning director of Four Months, Three Weeks and Two Days.

Seeing a film in Cannes is not like seeing it elsewhere, which is why everyone should always view Cannes reviews, including this one, with a healthy skepticism.

If, like me, you’ve been coming here for more than a decade, for instance, and you watch a film like Cristian Mungui’s excellent Graduation – about a grey-haired doctor called Romeo Aldea (Adrian Titieni) – you may find a string of familiar elements in it that some casual viewers at home might not. When the first thing that happens is that an anonymous someone throws a rock through Romeo’s apartment window, you’re as likely to remember that was how Abbas Kiarostami ended Like Someone In Love, his fable of an old man visiting a call girl, as you are to take it on face value.

And if the next thing is that our doctor’s teenage daughter Eliza (Maria Dragus) is grabbed and assaulted not far from her school, one’s recall might turn to Michael Haneke’s Hidden (2004), about a middle-aged man who has an unknown assailant who appears to be getting at his child. Then if our hero runs over a dog by accident, you’ll have Lucrecia Martel’s The Headless Woman (2008) in mind. These three incidents are how Graduation begins and taking them all into consideration respectively you might then conclude that, one, Romeo is dallying with a woman he shouldn’t; two, we may never find out who the assailant is, and three, his mind is all over the place. 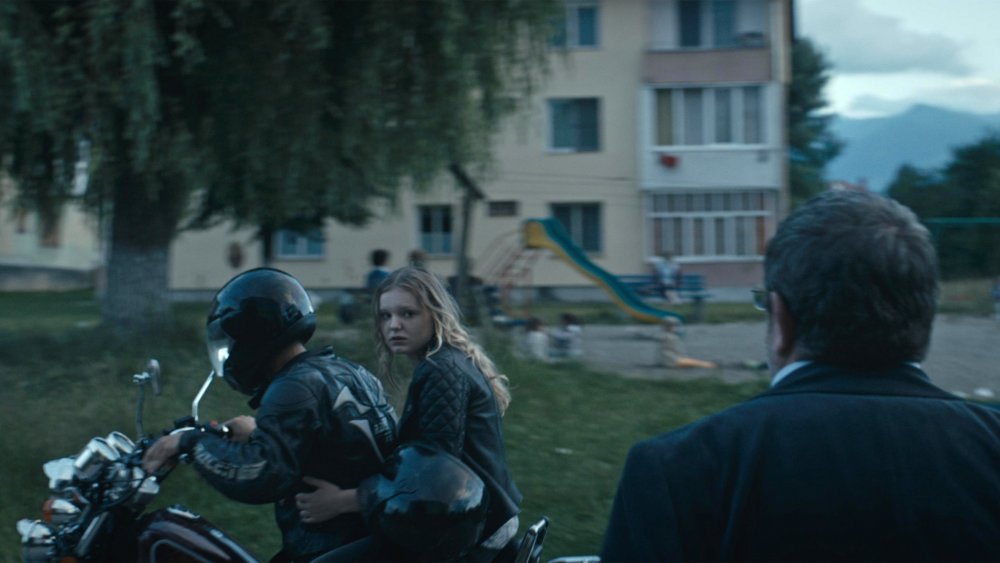 And you’d be right, to a certain extent, but I don’t say this to claim that Graduation is in any way plagiaristic, so much as to indicate that the worlds the favourite directors of this festival create can form a pervasive unity for critics and filmmakers.

Graduation is actually a beautifully crafted work of storytelling that resonates long after you see it. It’s about the lengths a disappointed man will go to to get his beloved daughter out of Romania. Before she’s assaulted, Eliza is about to take her final school exams, and if she achieves high scores, she’ll have a scholarship to Oxford. But her writing arm gets sprained in the attack and she has to take the exam the day after she was grabbed and sexually assaulted. When her first paper goes badly, Romeo must consider making the kind of phone calls that contradict the belief in honesty he and his wife Magda (Lia Bugnar) have passed on to Eliza.

In a way, if there’s anything faulty about Graduation it’s that you can put it inside such a nutshell, but that doesn’t diminish the pleasure of watching the careful un- and re-spinning of the web of compromises here, the massaging of influences that, on this evidence, has pervasively made up middle-class Romanian life.

Amping up the intrigue are Romeo’s lover Sandra (Malina Manovici), who’s a schoolteacher and single mum; a convict on the loose; Eliza’s motorbike-riding boyfriend Marius; a local mayor who owes Romeo a favour; a pragmatic policeman friend; and some other investigators. It’s a richly crafted, satisfying experience, even it is from Cannes central.