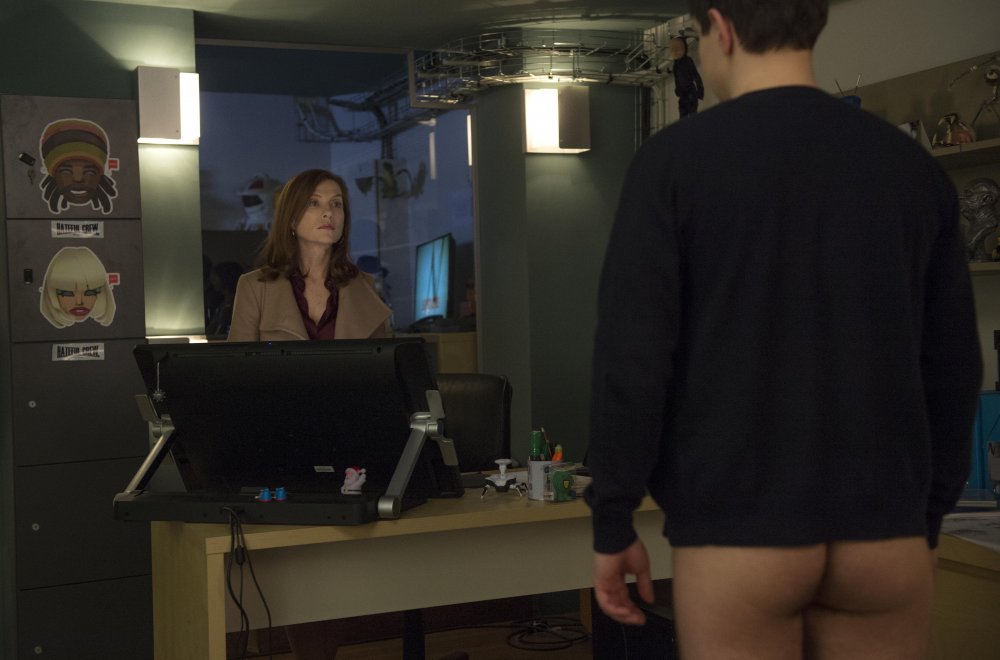 Now in his late 70s, Paul Verhoeven still, it seems, has a taste for the potentially controversial. In his first film since Blackbook (2006), the Dutch director kicks off with a woman being raped in her home by a masked man; rather than call the cops afterwards, she simply clears up some broken crockery, takes a bath and sets about getting on with her busy life. Michèle (Isabelle Huppert) turns out to be quite a package: the head of a company which specialises in violent video games, she has a profoundly pragmatic, faintly ruthless attitude to business, love and life which has made her both friends and enemies aplenty.

Her occasional lover is the husband of her best friend; she is openly dismissive of her son’s fiancee; she’s brutally frank both with her ex-husband and with her mother, especially regarding the latter’s young gigolo partner. And she refuses to have anything at all to do with her aged father, still in prison (and hoping for parole) for the notoriously horrendous crimes which he committed back in the 70s and which have made Michèle herself an object of gossip and vilification for many. 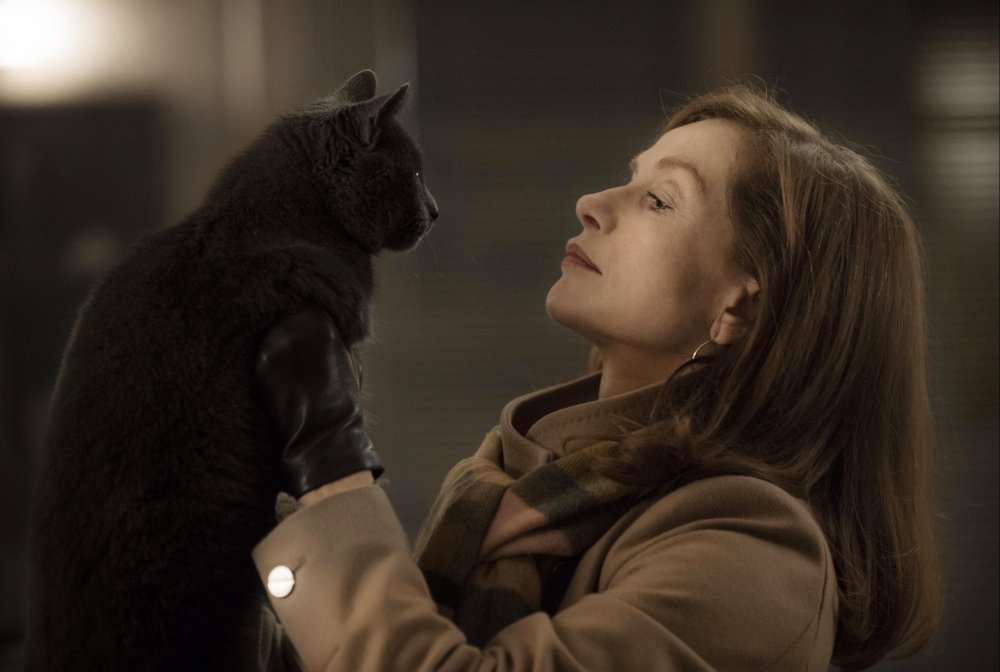 Intriguingly, as Michèle, initially haunted by nightmarish memories of the rape but determined not to yield to fear, goes about her business not only of maintaining control of her own life but keeping an careful eye on those of her family and acquaintances, Verhoeven adopts a light, dry, blackly comic tone. Pitched somewhere between art movie and mainstream melodrama, the film might not have worked at all were it not for the note-perfect performance by Huppert, which brings surprising and welcome warmth, wit, subtlety and complexity to a role which could easily have remained at the level of a hard-as-nails stereotype. True she’s helped no end by a deft script and a good supporting cast – Anne Consigny as her business partner and Charles Berling as her ex are probably the best known – but Huppert is on screen throughout and she does Verhoeven proud; indeed, it’s almost impossible to imagine anyone else carrying off such a slippery role and making the character so utterly believable.

The movie itself is most notable, like many of the director’s films, for its sly, fundamentally playful approach towards serious, even contentious issues; its main flaw, due to its rather eventful narrative, is that it sometimes feels a little contrived. But with such a poised and meticulously detailed lead performance at its heart, rich in ambiguities and resonant overtones, the film is not only consistently compelling but pleasingly thought-provoking.