Bill Morrison, expert aesthetician of decay and disappearance, turns his attention to the forgotten flood that devastated interwar America. 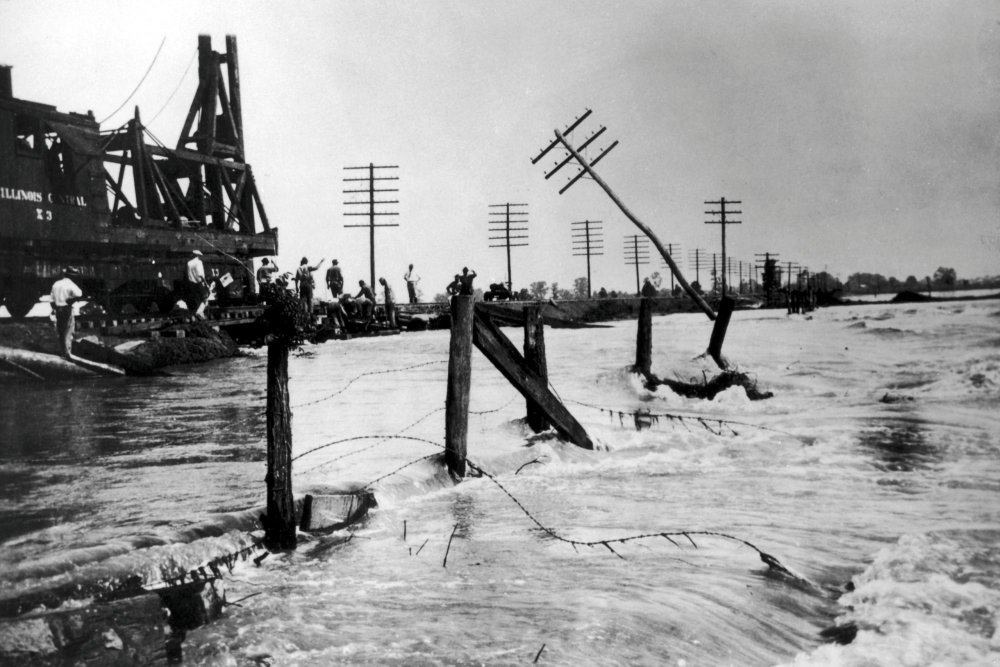 At first, it was called the Mississippi River Flood. That didn’t capture the immensity of its devastation, the Biblical ruination it wrought. In time it became known as the Great Flood. Between the summers of 1926 and 1927, 16.5 million acres across seven states of the US were submerged. More than 14 per cent of Arkansas lay beneath water. Nashville’s Cumberland River stood over 17 metres. Hundreds died and more than 600,000 were dislocated, many forever.

The Great Flood premiered in the UK on 29 March at the Flatpack Film Festival, Birmingham, alongside screenings of Morrison’s Decasia and The Miners’ Hymns.

Any amount of numbers could be trotted out to evoke the scale of the calamity. But what good are numbers? America clings to its genius for amnesia, sees it as a precondition of modernity, and these days, even after Hurricane Katrina and Hurricane Sandy, the Great Flood is almost completely forgotten.

This double erosion – in the realms of both cartography and of public memory – is familiar territory to Bill Morrison. The New York-based filmmaker is one of the world’s foremost aestheticians of decay and disappearance. Decasia (2002) was a ghostly valentine to old nitrate films: at exactly the moment when digital media was being (falsely) championed for its stability, Morrison was creating rapturous, arrhythmic visual poetry out of the fragility of film and all its streaks, flares, bubbles and decompositional effects.

In The Miners’ Hymns (2011), he raked through the archives to find footage, much of it pocked and distressed, of coalminers in the north of England. It was hard not see the disfigured images as a symbol of the ways in which so many livelihoods and communities had been disfigured, first by Thatcherite neoliberalism, then by a Blairite variation of the same that appeared ashamed of the role trade unions played in the development of the British left. 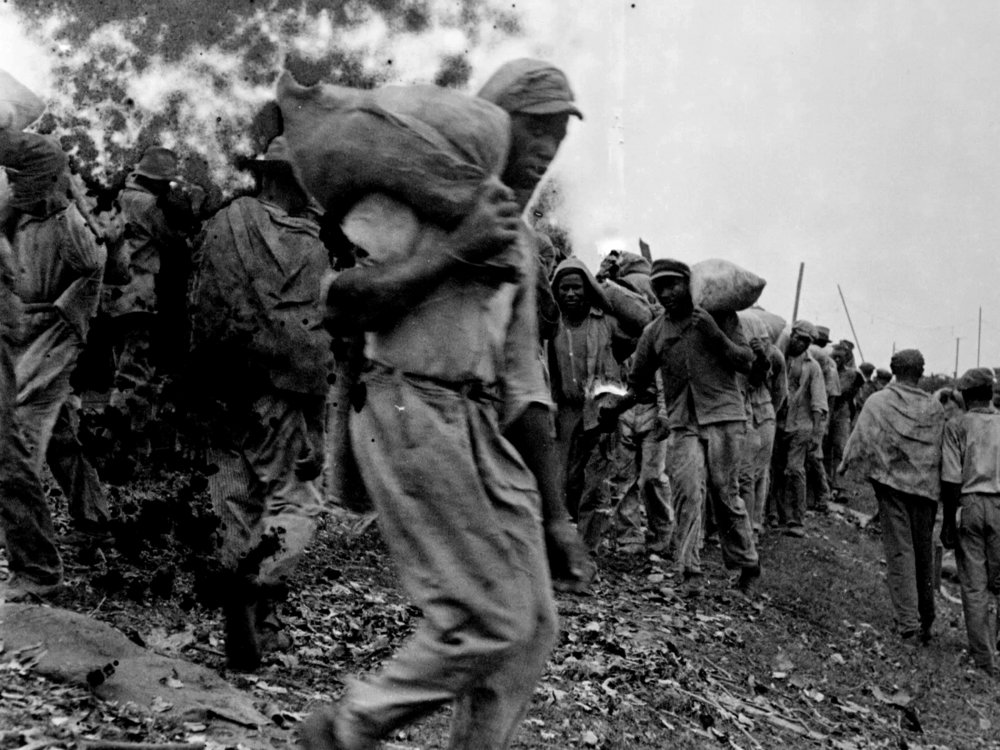 Morrison’s latest project, The Great Flood, exists because natural disasters are visual feasts, catnip for adventurous filmmakers. Cameramen from across and beyond America travelled to the South to document the unfolding drama. Morrison includes footage of levees being dynamited with the goal of submerging small towns in order to save New Orleans. He shows Herbert Hoover, who would become president in 1929, posing for photographers.

Most of all, he’s assembled a gorgeous selection of dark pastoral: plaintive landscapes full of trees rendered mobile, main streets where all that’s visible are the roofs of cold-storage warehouses, empty bank buildings. As with photographs of abandoned Detroit or Cold War architecture in the Soviet Union, there co-exists here both rapture and melancholy, beauty and bathos.

Contemporary films about floods or climate change tend to be emergency bulletins, strategically alarmist calls to arms. Spike Lee’s When The Levees Broke: A Requiem in Four Acts (2006), Davis Guggenheim’s An Inconvenient Truth (2006) and Jon Shenk’s The Island President (2011) are all muscular, buoyed by their sense of righteousness, more or less pedagogic. In Lee’s film, a black guy who’s displaced from his home after Hurricane Katrina cries out: “I’m an American. How can I be a refugee?” It’s a sincere cry, an angry cry, and yet it’s also parochial and historically ignorant. There should be a pause, a space for reflection – but the story gushes forward. 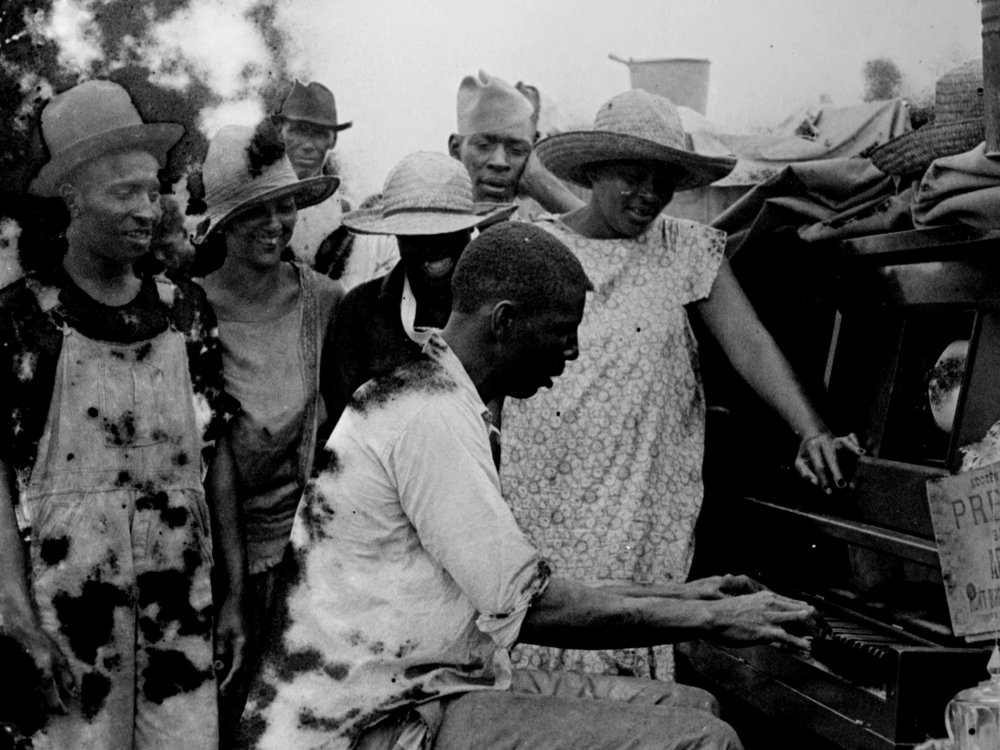 With the exception of one buzzy sequence in which another 1920s is mapped out via the pages of a Sears, Roebuck catalogue – fashionable, metro-moderne, consumerist – The Great Flood, helped by a moody score from jazz guitarist and long-time Morrison collaborator Bill Frisell, adopts a more rueful, ruminative approach. Morrison can do this because, nearly 90 years later, what happened in 1926-27 doesn’t seem as divisive or politically combustible as it once did. With the benefit of hindsight, he can even suggest that this might not have been a disaster at all; indeed, for thousands of black Americans, the Great Flood was a grand liberation, the trigger for them to throw off the shackles of servitude and head north to cities such as Chicago.

Some of the film’s most startling footage shows how brutal normal life for them had been, watched over by an overseer on horseback, the sun beating down on their stooped backs, their hands scarred and arthritic. Later, they’re shown doing a lot of the grunt work involved in trying to stop the rising waters engulf various towns. Many reside in temporary camps. When it comes to evacuation, they’re only allowed to leave after white people and livestock.

At the end, Morrison includes extended footage of relocated black men and women lost in music, dancing in ecstasy, fashioning a brave new world. It’s a thrilling scene and a shocking one too, provoking the thought that maybe – just maybe – what modern America needs is also a deluge to topple its moral architecture.