Now two weekends long, the insatiably eclectic Flatpack Festival continues to burst at the seams with discoveries from China to the Baltic (and Pangaia). 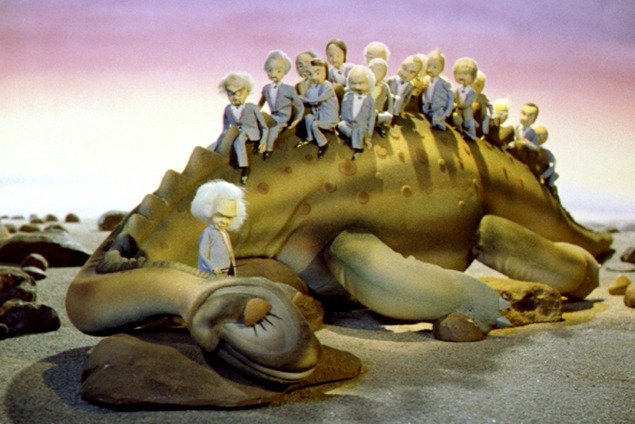 Despite the freezing cold, it was a pleasure to roam the streets of Birmingham over the Easter weekend, from the city’s oldest cinema to various venues in the former industrial area of Digbeth, to sample the filmic delights on offer at Flatpack. A treasure trove of a festival, it is one of the most idiosyncratic film events in Britain, celebrating the whole range of what cinema can be through a programme curated with tremendous care, intelligence and an infectious, insatiable spirit of adventure. Stretching over a longer ten-day period this year, the programme included features, shorts and documentaries, 3D, TV series and animation, live AV sets and exhibitions, walks and talks, as well as pedal-powered cinema and magic lantern shows.

Fittingly, the first event I attended on arrival was the Back to the Lab talk. Flatpack always includes strands inventively exploring the history of Birmingham, and this year the focus was on the Arts Lab, a countercultural hub of artistic activity set up at the end of the 1960s. Flatpack director Ian Francis was chairing the talk with, as his guests, Tony Jones, one of the Lab’s co-founders, who went on to establish City Screen, and Barry Matthews, an accountant who helped with the Lab’s books.

With contributions and reminiscences from members of the audience who were around at the time, the talk evoked a colourful past and celebrated the endeavours of very young, adventurous people who took it upon themselves to organise screenings, drive prints, make posters and raise money. But in the current climate of cuts and austerity, it also threw up vitally relevant questions for current arts organisations, including Flatpack itself: the eternal problems of council politics and conservative authorities, the importance of taking risks and working in teams, the pros and cons of having a dedicated venue (appropriately the talk took place in the Flatpack Palais, which was especially designed and built by students from Birmingham School of Architecture) and the role of Kickstarter and its similarities to the more ad-hoc financing initiatives of 50 years ago. 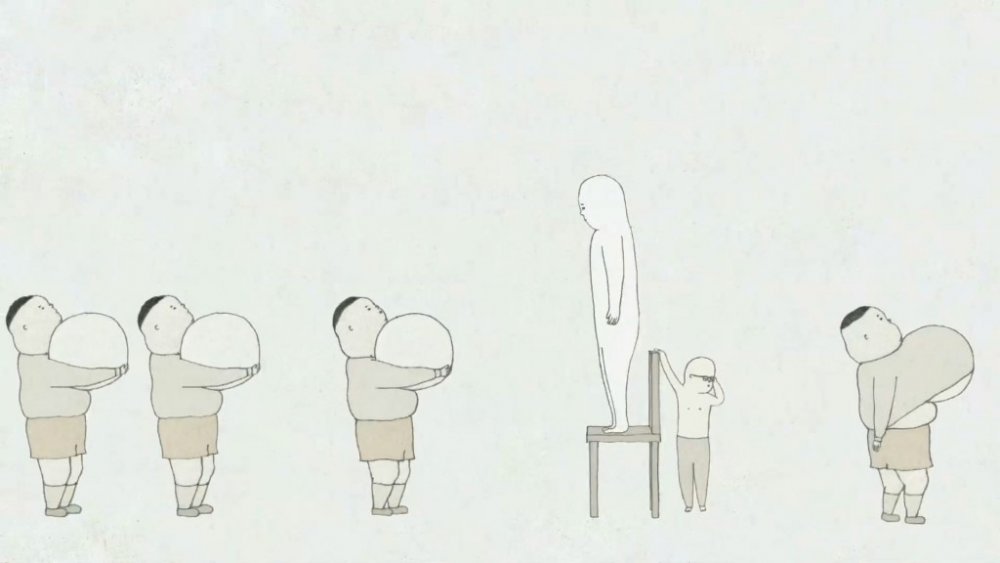 After this invigorating start, it was time for Edgeless Shapes, a programme of animated shorts at the Electric Cinema. From 2D to stop motion and even technically impressive noodle animation, a wide variety of styles were represented. From Estonia, Breakfast on the Grass wittily referred to Manet’s Le déjeuner sur l’herbe in an amusing ballet of tumbling inebriated picnic-goers set to Ravel’s Bolero [see our Bytes recommendation]. Atsushi Wada’s The Great Rabbit had the same unfathomable weirdness as a Haruki Murakami novel while Joey Shanks’s Sci-Fly was a charming tale involving UFOs, abducted cows and the Milky Way.

Two films offered sardonic takes on love. In a style remindful of Jan Švankmajer, Johanna Rubin’s La viande + L’amour showed male and female heads made of meat kissing to the sounds of a sentimental ballad, a disturbing sight that duly annihilated any romantic ideals. The standout of the programme, Michael Frei’s Plug and Play, was a simple black-and-white animation that applied a comically logical, binary approach to love and desire seen as an electrical current to hilarious – and rude – effect. 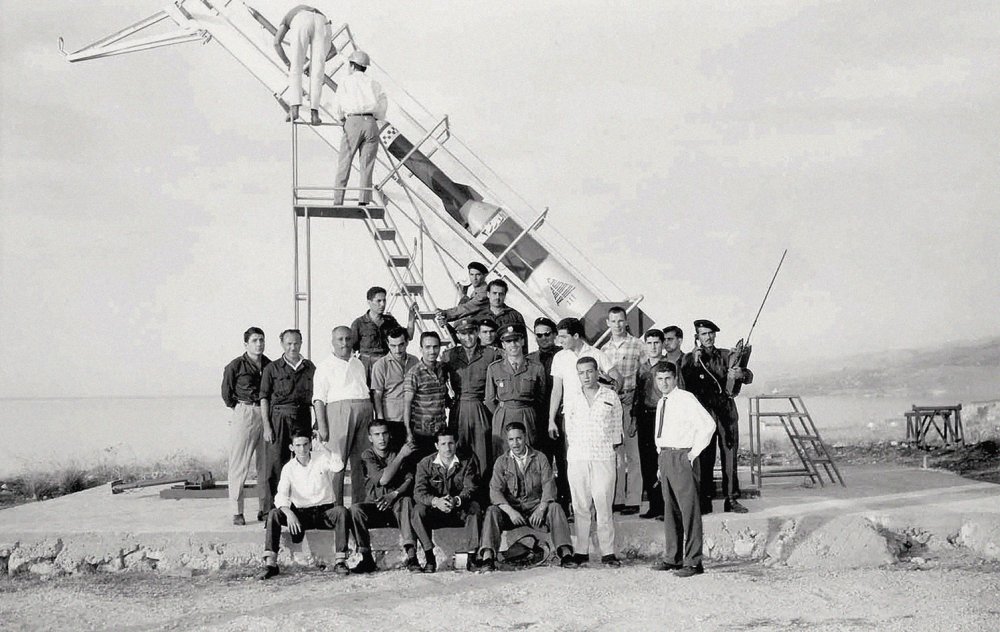 Next was The Lebanese Rocket Society, a documentary charting the implausible forgotten story of a group of Armenian students who tried to build a space rocket in 1960s Lebanon. The first part of the film included astonishing period footage of their experiments and explored the fascinating ramifications of the story: the Armenian community in Lebanon, Arab pride, youthful idealism, covert military objectives, international espionage and collective amnesia. Less captivating, the second part shifted the focus to the filmmakers’ efforts to build a commemorative statue of the rocket, and it ended with a futile, bizarrely utopian animated speculation of what could have been had the space project continued.

The next day, a rare screening of 3D Soviet animation turned out to be one of the unquestionable highlights of the weekend. During the Cold War, Soviet filmmakers made animated films using pioneering stereoscopic technology. But after the collapse of the Soviet Union, the equipment needed to project them disappeared and the films remained hidden in archives. This event showcased a selection of some recently digitally restored shorts.

One film especially stood out: When Men Sing (1979) follows a male choir who sing while being transported through time after the bus taking them from their beautiful medieval city crashes: they sing as they find themselves in a rocky wasteland, as they sit on a sleeping dinosaur, as they are trapped in ice, as the ice melts, as the water subsides, and as the desert is turned into a green field, finally finding themselves singing on a cliff on the other side of a sea that separates them from their city. It was an enchanting, spellbinding film that went from visual delight to visual delight with endless inventiveness: the sweet and comical baby dinosaurs, the stunning purple-tinted ice that encases the singers in relief, the gorgeous patterns of the melting glacier, the intricate shapes of the stalactites that unfold with stunning depth, all set to the stirring singing of the choir. This story of men who keep singing through the constant drastic transformation of their surroundings also had a poignant political subtext: the film was made in Estonia, where singing was a form of resistance to the Soviet occupation and helped the country eventually free itself. 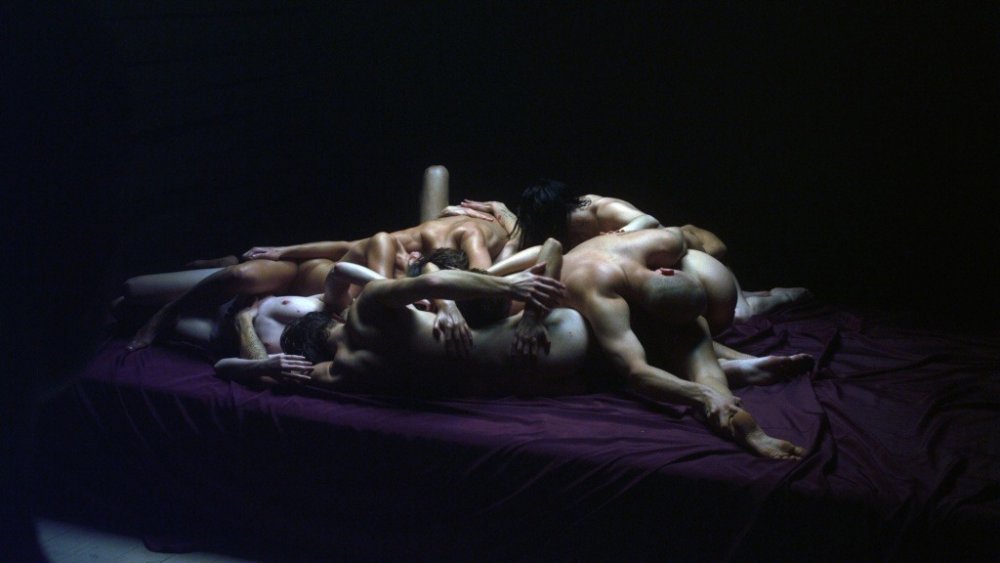 It was quite a task to follow such a dazzling treat, but Lithuanian sci-fi feature Vanishing Waves managed to provide more visual and sonic thrills. Directed and co-written by Kristina Buozyte, who was in attendance, this story of a scientist who connects himself to a coma victim through neural transfer in order to understand what happens in her brain was a stunning sensory experience. Diving into nebulae of neural networks, the film explores the victim’s mental space and her intruder’s through striking, sensuous, dreamlike imagery set to an oppressive sound design. As their connection deepens, they gluttonously devour a feast of flavoursome food by the sea, watch a shimmering blue dragonfly lay eggs on a windy beach, and have intensely carnal sexual encounters in the empty rooms of a surreally half-deconstructed wooden house. Their interaction has consequences in the real world, but the way that story develops is a lot less gripping than the film’s startling assault on the senses.

From one hallucinatory experience to another: the late-night screening of The Mask 3D (aka Eyes of Hell) was next. This Canadian cult classic from 1961 centres on a young archaeologist who kills himself after claiming to be possessed by an Aztec mask he was studying. But before he died, he sent the mask to his psychiatrist, who had refused to believe in its malevolent influence. Not heeding his unfortunate patient’s warning, the psychiatrist puts on the mask and becomes the victim of bizarre macabre nightmares – in 3D. While the framing plot is fairly dull and stilted, the hallucinations are genuinely odd and darkly atmospheric, qualities that were brought out by the terrific live rescoring by Film Ficciones and Nick Sales. 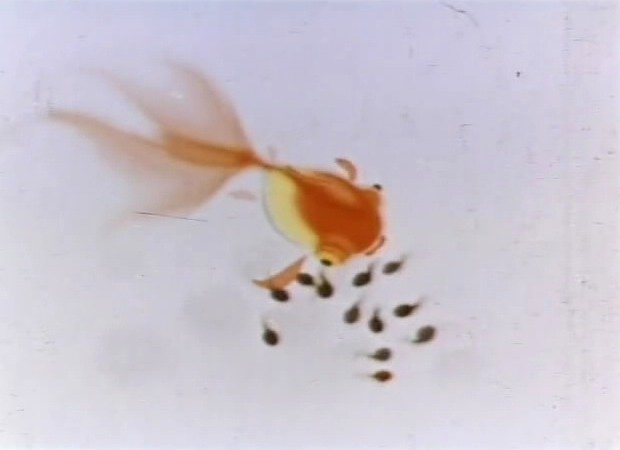 After Saturday’s various forms of visionary excitement, Out of the Inkwell provided a lovely, peaceful start to Easter Sunday. The venue for this screening of films by master of Chinese animation Te Wei was an old Chinese people’s home where free food was served to the accompaniment of soothing traditional music, performed live by The Jasmine Moon Ensemble. It was a typically offbeat, delightful and imaginative Flatpack event. After feasting on Chinese dumplings, it was fascinating to see Te Wei’s development from Disney-influenced animation in the 1950s to a style inspired by Chinese painting in Where is Mama?, a graceful 1960 short about tadpoles looking for their mother.

Later in the afternoon, while Bring Out Your Dead, dressed in hooded capes and one camel head and armed with synths, flute, cello and drums, were mellowly freaking out to multi-coloured visuals at the Flatpack Palais, Tilted Axis lured punters in search of unconventional shorts to the Custard Factory Theatre. Among the best films on offer were Apnea, about a family’s mundane daily life – under water; Funny Games Ghost, which superimposes Funny Games and Funny Games US with amusing and intriguing results; and the hypnotic Trespass, a feat of hyper-kinetic pixilated transformations.

The weekend ended for me with The Echo of Astroboy’s Footsteps, a documentary about the great innovator and sound designer Matsuo Ohno, who created the sonic personality of Osamu Tezuka’s influential cartoon hero in the 1960s. It was a captivating film, not simply because it demonstrated Ohno’s talent, but because it painted the portrait of a true free spirit: having never let musical conventions, social expectations or career considerations define or limit him, Ohno remains to this day a wonderfully curious experimenter still in search of the elusive ‘Ethereal Sound’. Moving, joyful and inspiring, it was the perfect end to a magical weekend of mind-expanding sounds, thoughts and images.