A Brazilian ensemble drama and two road movies from Chile and Mexico stand out at Poland’s young and thriving arthouse festival. 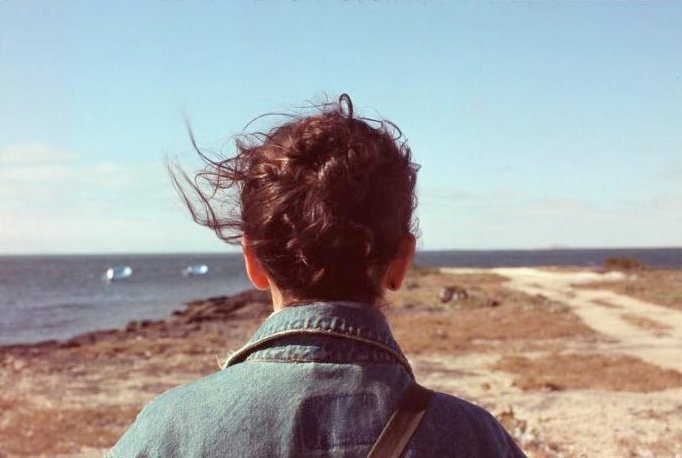 My first screening experience at the New Horizons festival in the Polish city of Wrocław was a revelation. It was 2010, and I’d turned up for a showing of Laura Mulvey and Peter Wollen’s Penthesilia (part of a Mulvey retrospective). Their 1974 essay film is a stringently demanding work, yet the venue, one the larger theatres in the Helios multiplex cinema situated a short walk from the city’s handsome market-square, was almost full, comprising mostly young and enthusiastic viewers who contributed afterwards to an engaging Q&A.

It was a bracing taster of the audience’s commitment to and appetite for what festival director Roman Gutek calls ‘difficult’ cinema. A convivial, smoothly organised event that screens some of the bigger titles from Cannes without any of the hoopla, the festival is an exemplary showcase of bold auteur cinema. And local audiences respond: online tickets for titles such as Léos Carax’s Holy Motors and Carlos Reygadas’ Post Tenebras Lux disappear within minutes, despite showing in screens usually reserved for blockbusters.

Almost as healthy was the level of support for the festival’s astutely curated retrospectives, notably that devoted to Dusan Makavejev, a welcome reminder of the unruly, provocative, satiric, tender talent of this now 80-year-old Serbian director (in town for a few Q&As).

The lively and dedicated attitude of the paying public towards Wrocław’s avowedly auteur-driven focus is, on passing acquaintance, proof of what might be called the ‘Field of Dreams’ model of arthouse audience development: if you build it, they will come. But in fact the festival grew out of a desire by Gutek to cultivate and encourage a public appreciation for the more adventurous extremes of world cinema. Talking to me towards the end of the festival, Gutek talks about a ‘New Horizons’ generation with quiet pride: a large number of cineastes who come from all over to Poland to experience ambitious auteur cinema and who have, to a certain extent, grown up with this festival.

That generation was well served by this year’s edition. Alongside the big-hitting titles from Cannes, the competition was a smart selection of recent films which may have lacked the immediate impact of work from the likes of Carax and Reygadas (both in town to present their films) but which, in many cases, had more enduring resonance. 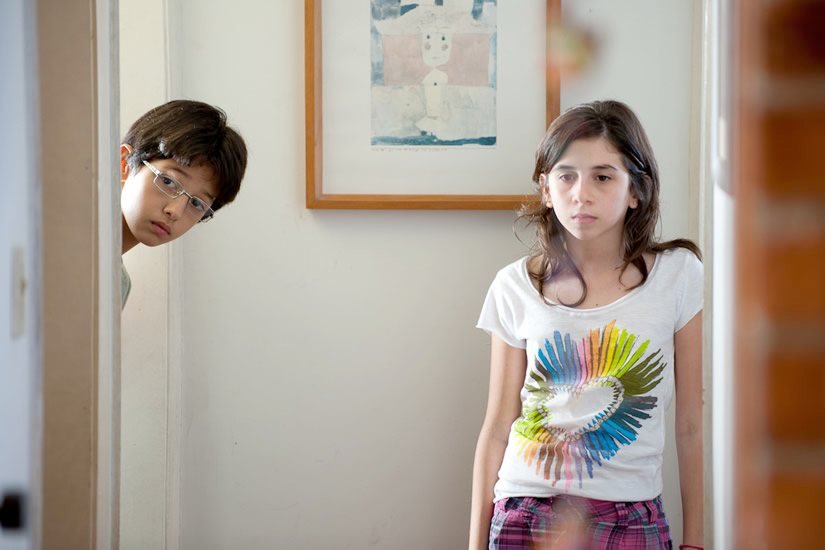 The standout competition film for me was Kleber Mendonça Filho [Vimeo account]’s Neighbouring Sounds (O som ao redor), which won the FIPRESCI award. It’s a highly absorbing, quietly assured ensemble drama set in the city of Recife in northern Brazil. To the growing thunder of a quickening drumbeat, the film begins with archive photographs of turn-of-the-last-century plantation workers, then cuts to images in and around the film’s main location: a middle-class street whose handful of residents are our main characters. It’s a virtuoso opening attaching to its views of everyday life an unsettling sense of menace and the ghostly tug of colonial history.

Focussing on the arrival of a private security firm who offer the assurance of ‘protection’ to the locals, what follows is a vivid, often tense portrait of a middle-class community gripped by a fear of violence. A kind of urban horror story about the paranoia that underpins the appearance of affluence – perhaps especially so in a fast-changing society like Brazil’s – the movie has the scope and novelistic density of, say, Magnolia, but there’s no elegant progression to a conclusion that tidies up the various plot strands; just a sense of narrative dissonance that stays with you long after the closing credits.

Writer-director Dominga Sotomayor’s Thursday Till Sunday (De jueves a domingo) was a deserving winner of the main jury prize. The film takes place over the course of a long car journey taken by a middle-class family, from Santiago to a remote vacation spot in the north of Chile. Its focus is on ten-year-old Lucia (Santi Ahumada) who, from her quiet spot on the backseat of the family car, observes the strains in her parents’ relationship. Shot – quite brilliantly by Lucretia Martel’s regular collaborator Bárbara Álvarez – in large part from inside the car, it’s a poignant, lyrical evocation of its young heroine’s partial perspective: seen through the dusty car window, the passing desert landscape hints at the adult expanses ahead of Lucia, even if she still clings to the fractious intimacy of the car interior.

Another road trip revolving around a young female protagonist, Gabriel Mariño’s Un Mundo Secreto [Facebook page] charted a bus trip to the coast of high-school student Maria from her unhappy home in Mexico City. With Maria plotting her journey through a series of passionless (and borderline exploitative) one-night-stands, this is a delicate portrait of adolescent sexuality and disaffection that features a compellingly honest central performance by Luía Uribe and a strain of muted optimism to counter the mood of melancholy teenage languor. 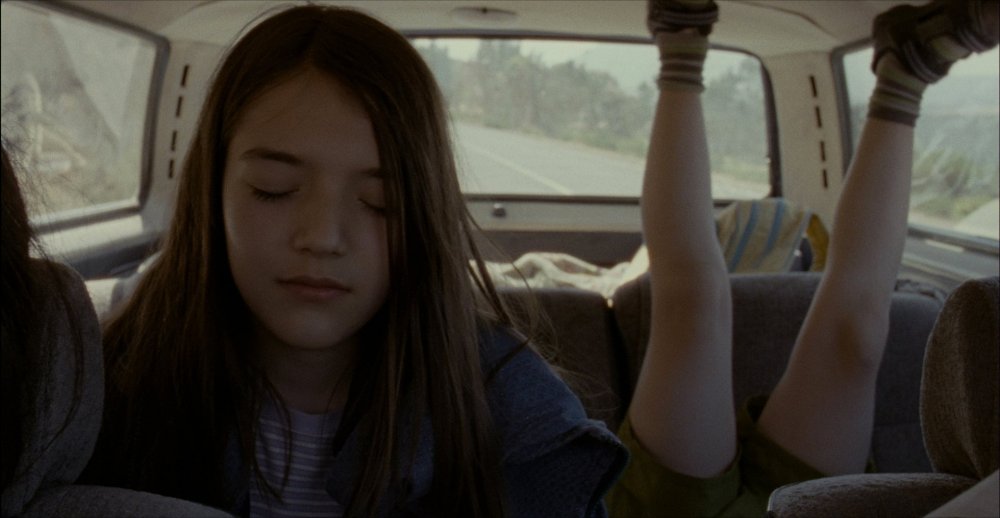 Un Mundo Secreto was showing in Wrocław’s focus on contemporary Mexico cinema. Reygadas was arguably the biggest name in the strand, but it was Canícula [trailer], a gorgeous documentary immersion into the life and rituals of a community of Totonac people in Veracruz, that most impressed me.

This year saw the introduction of a showcase of Polish works-in-progress, and it says something for Wrocław’s insistence on leftfield that a small-scale real-life study of a puppeteer was given the same exposure as Andrei Wajda’s forthcoming biopic of Lech Wałęsa. (And based on the preview material, I’m frankly more excited about Wiktoria Szymanska’s documentary than Wajda’s starchy-looking new epic.)

The large number of buyers and distributors attending the ‘Polish Days’ sidebar might raise fears about a switch from Wrocław’s focus on developing a public audience for challenging international arthouse cinema to satisfying industry demands. But this would be to ignore Roman Gutek’s latest initiative: from September onwards, he’ll convert the local nine-screen Helios multiplex that serves as the festival’s hub into an all-year venue for yet more ‘difficult’ cinema. Again ‘education’ is at the heart of this project: the project is part of the city’s wider plan to increase its population’s participation in cultural events in the run-up to 2016, when Wrocław adopts the European City of Culture mantle.

It’s a praiseworthy objective, which nonetheless leaves Gutek – who has moved from Warsaw to the city to take charge – daunted. “We’ve done the research into audience numbers,” he says, “but I’m still a little nervous,” adding he expects cross-over titles like Drive will support the more specialist titles.

So would he show The Dark Knight Rises?

“That,” he says firmly, “would be a compromise too far.”