Film of the week: Neighbouring Sounds 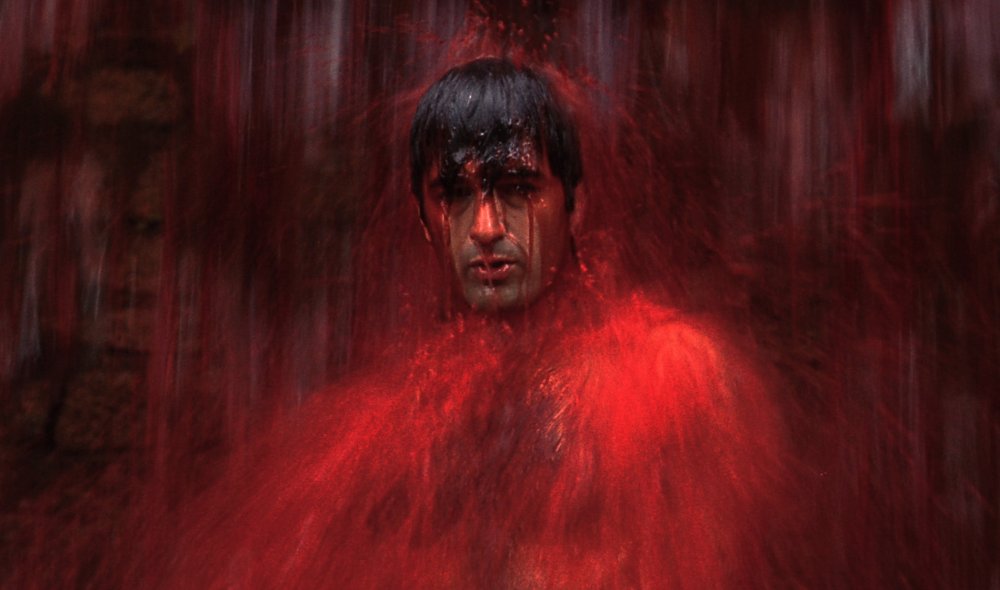 Is it harder to direct a movie if you’re also a professional film critic? Kleber Mendonça Filho has thought a lot about this. His video documentary Critico (2008) explored the awkward space between creativity and criticism through a series of interviews recorded while he was publishing criticism in the Jornal do Commercio and programming an art-house in Recife. He was also directing shorts during those years, horror stories at first and then experiments in other genres and styles.

For his first fiction feature, Mendonça pushes the issue into touch and concentrates instead on delivering a densely textured panorama of nouveau-riche life in his hometown. The non-stop accumulation of detail demands close attention, and the ultimate revelation of the layers of history and social change underpinning the storylines provides plenty for Brazilian critics to chew over. It could be the best ‘noises-off’ movie since Bong Joonho’s debut feature Barking Dogs Never Bite (2000), which it in some ways resembles.

Neighbouring Sounds (O Som ao Redor) is mostly set on one leafy street in Setúbal, a prosperous part of Recife, Brazil’s fifth-biggest city. More than half the street’s buildings are owned by the retired and seemingly kindly patriarch Francisco Oliveira, who got rich running a sugar mill in Bonito and these days divides his time between his luxury penthouse on the street and his country estate near the now-derelict mill.

The street is home to many of Don Francisco’s relatives and to a motley crowd of upwardly mobile tenants; the film creates the illusion that it’s spanning the entire community – there are a few crowd scenes and plenty of walk-on/walk-off appearances – but its focus is actually narrower. Beatriz ‘Bia’ Linhares, stay-at-home mother of two, represents the tenants, while Don Francisco’s foreign-educated nephew João represents the Oliveira family; these two characters get the bulk of the running time. The wild card in play is the outsider Clodoaldo, who turns up going door-to-door to sell peace of mind. He and two employees are hired by the residents to provide security from 7pm to 7am.

The notion that the neighbourhood needs security is the film’s best joke. All external doors and most windows already have protective metal bars and grilles in place, and gardens are closed off behind high walls. Unless you count the fact that Romualdo, who delivers giant bottles of distilled water, has a sideline selling marijuana, the only crime that occurs is the theft of a CD player from a parked car, apparently committed by João’s delinquent cousin Dinho.

A barefoot, dark-skinned kid from the favelas is sometimes glimpsed scampering across rooftops and entering empty houses, but he doesn’t steal anything and is anyway easily scared off by a punch in the face from one of Clodoaldo’s men. It’s unlikely that any prison movie features more shots of characters locking and unlocking doors; anytime anyone visits someone else, a maid has to be instructed to let them out through the security system. The ubiquitous security measures of course imply a latent sense of insecurity, which duly comes to the surface in a couple of brief, paranoid dream sequences. But the feeling Mendonça is really out to nail is guilt. 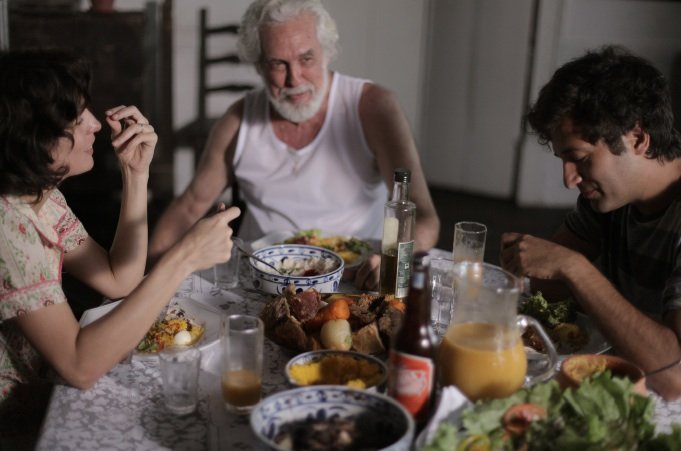 In a film which makes very frequent play with sounds from off-screen, it seems oddly appropriate that the storyline should also be, in some sense, off-screen. The film opens with ten old black-and-white photographs: a wooden fence, open countryside, happy workers, unhappy villagers, a palatial villa. Inexplicable when we see them at the start, these images are much later revealed to be ‘flashbacks’ to Bonito at the time the sugar mill was built and opened. (The ‘reveal’ is the photo of the resplendent newly built villa; we recognise it when we see João and his girlfriend Sofia explore it in its present state of decay.) Then, in the film’s penultimate scene, we finally discover that Clodoaldo has had an ulterior motive in setting up his night-watch security business. He and his brother Claudio want revenge for a crime which occurred in Bonito nearly three decades earlier – a crime which ironically also sprang from a line of demarcation, very possibly the fence seen in the first black-and-white photograph.

It’s quite a daring stratagem to spring such a narrative surprise in a film’s closing moments, and it leaves Mendonça with the challenge of holding the viewer’s interest across a running time of around two hours. He opted against creating other storylines to structure the film (which would certainly have reduced the impact of the final twist) and goes instead for a ‘busy’ flow of incident and character. The scenes involving Bia, for example, have no connection at all with the doings or past crimes of the Oliveira family and no significant narrative thrust of their own. Mendonça conceives these scenes as social satire and they provide quite a lot of the film’s comedy; they seem to be an extension of his 2005 short Eletrodoméstica, in which a matriarch presides over a household that runs on electronic gadgets.

All of the film’s satire is in fact relatively gentle. Except when Clodoaldo deliberately needles Dinho, the most delinquent member of the Oliveira clan, the security guards are shown to know their place: bullying the kid from the favelas, but almost exaggeratedly deferential to their social betters, including a stray Argentine who left a party to buy more booze and can’t remember which house to go back to. João’s on-off romance with Sofia (it starts as a one-night stand but threatens to turn into something more) offers the semblance of a thread of storyline, but is ultimately as insignificant, narratively speaking, as the other observations. Sofia’s backstory (she once lived for some months on the street) adds to the tapestry of social history that Mendonça is weaving, but more interestingly her not-quite-romance with João gives Mendonça the pretext he needs for a display of cinephilia: they visit the ruins of an old cinema in Bonito and we hear on the soundtrack a memory of some lurid vintage melodrama.

The film’s climactic revelation is essentially melodramatic, and Mendonça calculatedly cuts away from the payoff to a metaphor for the offscreen violence (a Hollywood cliché: it involves kids and firecrackers). This has the pleasing fringe benefit of rhyming with his larger project to excavate the layers of Setúbal’s history. His sleek CinemaScope framing catches the surface politesse and controlled paranoia/guilt which covers up a history of ruthless land-grabs, slavery and subjugation of the lower classes – in short, a history redolent of old genre movies. Cinephilia turns full circle: the sound and fury of a melodramatic past remain off-screen, but never very far away.