Short and sharp: ten of the best at Encounters 2017

At the Bristol festival of short-form cinema, celebrated films rub shoulders with new work from up-and-coming directors. Here is our selection of the ones to watch. 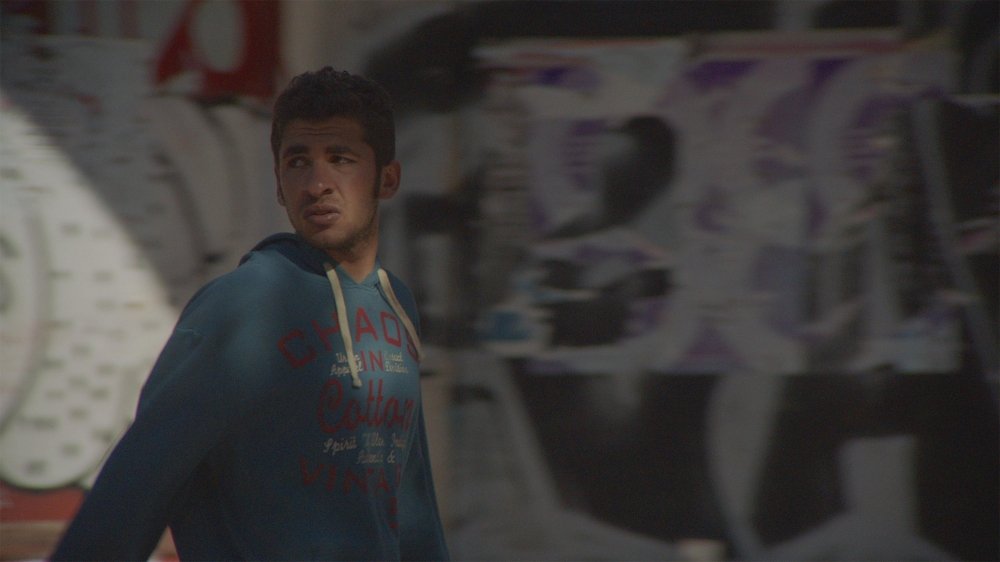 A Drowning Man, Mahdi Fleifel’s follow-up to his award-winning 2016 short A Man Returned

This year’s edition of the Encounters Film Festival promises once again to provide a selection of the best short films of the past year over numerous programmes of live action, documentary and animation. As well as the chance to see those films that have already been lauded on the festival circuit – including Wave (reviewed here and the Golden Bear-winning Small Town (reviewed here) – there will be the opportunity to discover new works from filmmakers ready to make their mark.

These ten films all display an inherent understanding of the short film form and show how vital this medium can be. 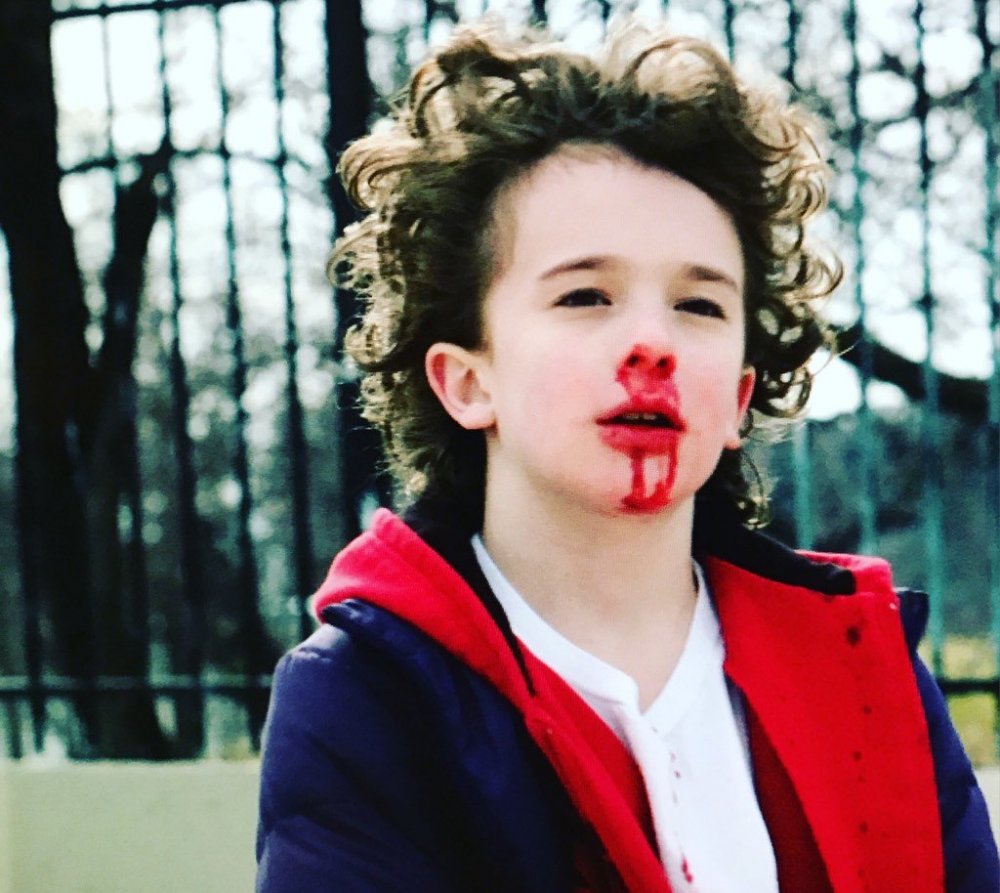 Jennifer Reeder is well known to Encounters audiences, having won the festival’s Grand Prix two years in a row with A Million Miles Away (2014) and Blood Below the Skin (2015). While Reeder has typically examined female coming-of-age through the lens of 80s pop culture, Shuvit shifts her focus. In this film, based on the short story Summer of Bones by Rob Maigret, she explores the relationship between a father and a son who are both dealing with a trauma that they find difficult to talk about.

Teemu Niukkanen proves once again that Finnish people have a great sense of humour with this comedic story of a couple who discover that a Satan-worshipping sex cult has moved into the flat next door. First screened this year at Sundance, Fucking Bunnies wrests most of its humour from the clash between the everyday and the bizarre as the band of Satanists appear blithely unaware that anything in their behaviour could possibly offend anyone else. For all the film’s overt comedy there is also a subtle vein of satire as it also pricks the pomposity of middle-class existence.

The latest film from artist/filmmaker Nick Jordan – whose The Atom Station won Best Documentary at Encounters in 2015 – is a disconcerting blend of fact and fiction that examines notions of paranoia and surveillance in the modern age. Based on real-life accounts of psychiatric patients who believe their thoughts are being broadcast, the film has many resonances with an age in which social media means that every one of our moves seems to be followed. Jordan’s use of an abandoned TV station and fields with military surveillance equipment as locations alongside a discordant electronic score from frequent collaborator Lord Mongo lend the film an air of the hauntological.

The original MeTube: August sings Carmen Habanera (2014) was both a festival and internet hit thanks to its bravura concept of an unassuming man singing opera to his online audience. An overload of visual excess – think dancing robot radios, leather clad bikers and ball-gagged pensioners – all set to the strains of Bizet’s classic, the film was a technical and comedic marvel. But the film was also something of a celebration of those who use the online world to exhibit their talents (or lack thereof).

This sequel hits all the same notes as the original though it decides to go down an even more surreal route. While freely available online, it’s the kind of film that really benefits from being seen on a big screen with a big audience.

Chris Shepherd has been responsible for some of the finest British animations of the 21st century, among them dark, whimsical films such as Silence is Golden (2006) and Who I Am And What I Want (2005). Johnno’s Dead is a loose sequel to his 2002 film Dad’s Dead, which sees the protagonist of the original film released from jail after 13 years. Mixing live action and animation, Shepherd’s use of multiple techniques gives a disjointed feel to the film, emphasising the protagonist’s sense of unease and paranoia. With a voiceover from Ian Hart, whose tone veers from the mellifluous to the raging, it’s a disturbing yet often exhilarating animation.

☞ Chris Shepherd: ‘You give the audience a nostalgia massage… and then it turns’

The tropes of British social realism collide with the conventions of the horror genre in Moin Hussain’s striking film Real Gods Require Blood, which first came to prominence after it screened at this year’s Critics’ Week. Based on a script from thriller writer Tom Benn, the film is a clever exercise in existential dread. When a girl is inveigled into babysitting the neighbour’s children she is horrified to discover that they must feed a creature from Hell every night. The film plays with the spaces between reality and the imagination as Hussein evokes both the grim authenticity of a rundown estate in the 1990s and the terror of something existing beyond human imagination.

Mahdi Fleifel’s documentary A Man Returned was one of the most visible films on the short-film circuit in 2016, winning a clutch of awards. He returns with a fiction film also deals with immigration and the experiences of those marginalised by society.

We follow The Kid – a Palestinian refugee in Greece – as he tries to earn some money for pastry and a coffee. What lengths will he go to to get what he wants? With a strong central performance from Atef Alshafei, Fleifel’s film is a subtle yet affecting treatise on how people will compromise themselves to achieve any semblance of normality.

An animation emanating from Poland’s legendary Łódź Film School, Renata Gasiorowska’s Pussy (Cipka) is a gloriously unapologetic paean to female sexuality. A woman tries to find some time alone to pleasure herself – but as she discovers her body, it seems that her body will also discover her.

Reminiscent of the works of Latvian animator Signe Baumane, the film is bold in terms of subject matter and tone. A move into a more surreal milieu halfway through the film is cleverly achieved – it is not only funny but also represents the liberating power of female orgasm.

A Brief History of Princess X

Portuguese director Gabriel Abrantes has made a career of making funny and playful films that mix historical analysis with a witty deconstruction of the filmmaking process. A Brief History of Princess X is no exception as Abrantes narrates the story of Constantin Brâncuși’s notorious phallus-shaped sculpture and the true story behind its creation.

On one level the film is a genuinely fascinating exploration Brâncuși’s career and his sculpture based on Marie Bonaparte. But it is also a witter, clever musing on the nature of art and culture, which provides some thoughtful moments.

Some of the great modern Romanian filmmakers – amongst them Adrian Sitaru and Radu Jude – first gained renown on the short film circuit thanks to their carefully observed and compassionate films. Following in their footsteps is Adrian Silisteanu, whose Written / Unwritten is a brilliantly conceived exploration of the way in which bureaucracy clashes with tradition, as a family of travellers find it difficult to sign their new-born granddaughter out of hospital without the correct ID card.

The stark realism of the film is tempered by a compelling sense of humanity. The fact that the film has already won a number of awards marks Silisteanu as a director to keep an eye on in the coming years.