Manchester-born and -blooded crime writer Tom Benn pays tribute to the cinema that influenced his screenplay for Real Gods Require Blood, a kitchen-sink horror set during the satanic abuse panic of the early 1990s which premieres at the 2017 Cannes Film Festival. 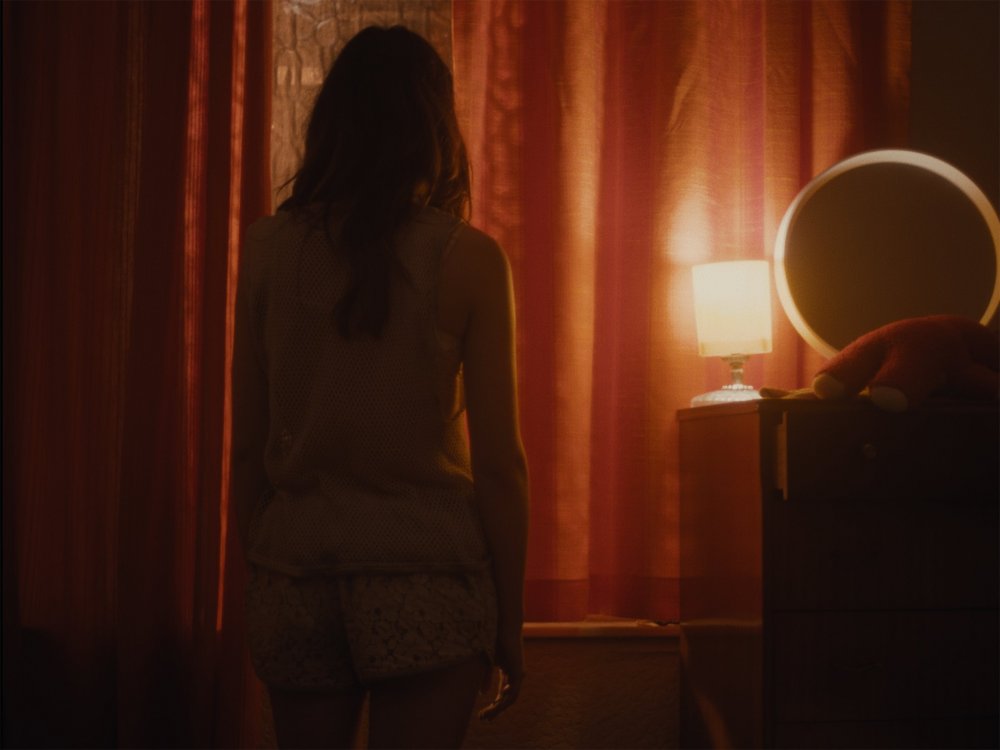 It cuts like rope against flesh, Tom Benn’s prose. Unfolding at a bedazzlingly fast clip, the Norwich-based Mancunian’s three Henry Bane novels – The Doll Princess (2012), Chamber Music (2013) and Trouble Man (2014) – telegraphed the hardboiled gusto of Hammett and Chandler to 1990s Manchester, whose criminal underbelly finds itself bristling against the city’s newfound urban entrepreneurialism – a turf war experienced and negotiated by a hard-as-nails protagonist with a heart, deep down, of gold.

Benn’s first screenplay, Real Gods Require Blood, might be interpreted as a kind of unofficial prequel to the Bane novels. Then again, it mightn’t: set once more in 1990s Manchester, this short film depicts a somehow even nastier milieu, a dungeon-like home on a Victorian terrace where a young woman, Alice, reluctantly assumes custody of a neighbour’s two kids – sweethearts, the pair of them, but for the dark secret that binds them together. No male saviours, here – though a masculine menace nevertheless hangs in the air. Or lurks in the cupboard.

Real Gods Require Blood hurls kitchen-sink realism against chamber-piece horror. Directed by Moin Hussain, it confirms what Benn’s novels had already suggested: a new British writing talent whose skill lends itself to hopping between mediums. Premiering as part of the Critics’ Week competition in Cannes, the project came through the competitive iWrite scheme, an initiative set up by Creative England for emerging screenwriters.

Ahead of its premiere, I spoke to Tom about writing for the screen, his inspirations for doing so, and the challenge and joy of melding genres. 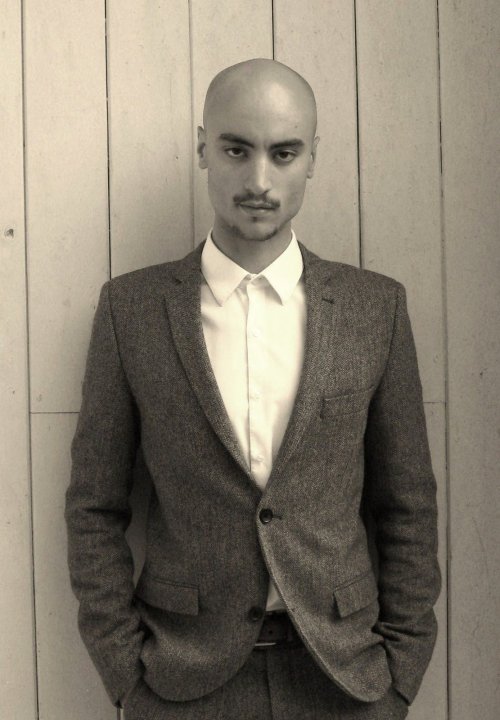 Real Gods Require Blood is your first film script, written on the back of three novels. Did you always want to write for the screen?

I’ve always been obsessed with film. As a kid, I’d take the TV guide and circle any film that was older than me – whether or not it sounded lurid – and set the recorder. Then I studied scriptwriting briefly as part of my post-grad degree. I was intimidated by its discipline and precision. It helped to sharpen my prose and taught me how to leave more than white space between the words.

Some of my favourite novelists are also my favourite screenwriters: Faulkner, Hammett, Duras, Price, and Capote, whose screen adaptation of The Turn of the Screw, The Innocents (1961), was an influence on Real Gods Require Blood.

Your prose is quite script-like to begin with, with an emphasis on dialogue and action. In what ways did writing this feel different?

Knowing that what I produce isn’t the finished work makes a huge difference. Filmmaking is a collaborative process. When you write a script, you create an architectural blueprint. Plenty of room has to be left for others to creatively and practically interpret your words, so a cast and crew can work together, building the best possible film from it. But when you write a novel, no matter how sparse or fancy your prose style, you’re essentially building an entire fictional world by yourself.

Your novels have a very strong sense of time and place. How conscious were you of transferring that over to the characters in this film?

The blood of this story is its time and place. It’s set on a troubled Manchester estate in 1990, during the satanic ritual abuse [and] moral panic that was, for a while, dangerously entertained by parts of our mainstream media, care sector and other authorities. We wanted to resurrect the heightened reality of that climate of terror, paranoia and superstition, and let the audience glimpse potential horrors, supernatural or otherwise, through the myopia of that same milieu, just as the characters do.

This is one of the film’s strengths, this sense that we’re being told the subplot of another work. The story we never usually see.

As mentioned, The Turn of the Screw and its most famous adaptation were inspirations, both in terms of their basic set-up and defiantly indeterminate nature. Its gothic mysteries haunt us for longer because we’re left with so much ambiguity around the nature of the evil. 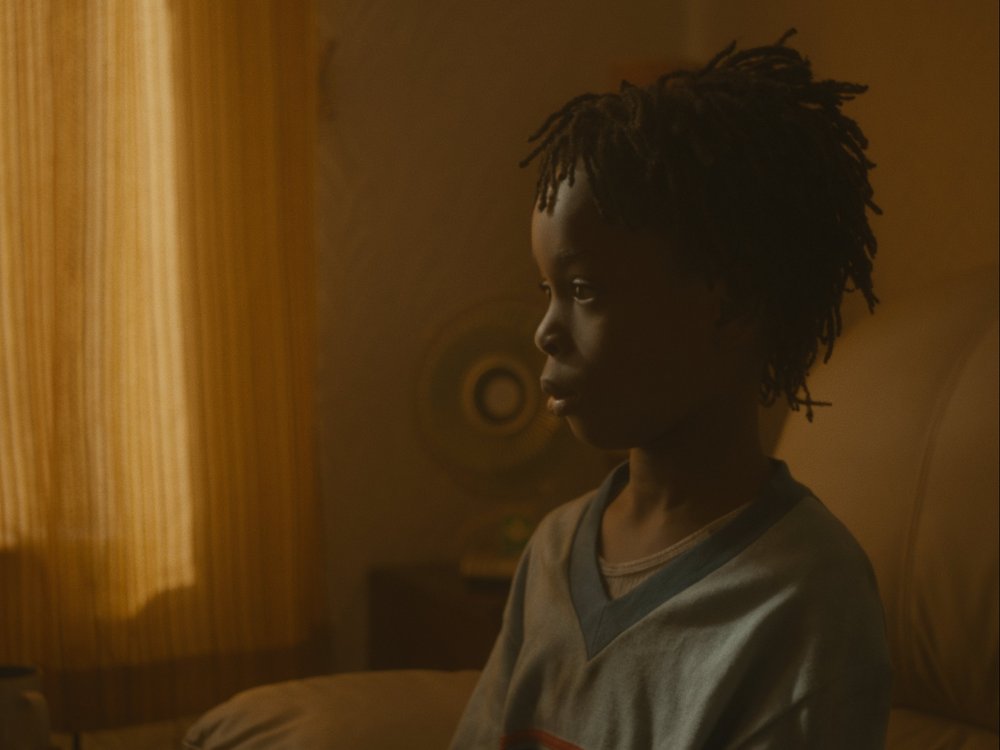 In Real Gods Require Blood the story we never see seems to involve a drug war on this estate that has led to an escalation of bad-on-bad crime. But the parties peripheral to or mired in it only glimpse fragments of this context from their limited perspectives and make their own conditional sense of it. Hopefully there are still enough pieces here for an audience to enter the lives in this world, in a way that satisfies, without the need for one definitive explanation of events and motives.

This project was selected to be part of the iWrite scheme. How complete was the concept behind the film when you applied, and in what ways did it change?

When the film references in my novels started crowding for attention, I knew I had to see if I could write screen stories too. I pitched the idea in my interview for iWrite and developed it into a finished script on the scheme. I had a firm idea of what it was early on, as I’d wrestled with it first as a short story and realised I couldn’t make it work for that form. I’m hopeless at writing short stories. Much of the iWrite development process involved attacking the idea for weaknesses, then learning what I was embarrassingly precious about or couldn’t defend, and with help and hubris, strengthening those elements until I could.

I remember you were very excited when Moin came on board to direct. How did his approach affect your vision?

Moin’s trust, patience, receptiveness, devotion and talent were invaluable to the film. He and our producer, Michelle Stein of Escape Films, are the principals who conjured it from page to life, through occult sacrifice and hard graft.

After we saw his previous short Holy Thursday, we could tell Moin had something. It was so special that it was present in the film’s omissions as much as in what was there. Here was a level of craft, and a sensitivity and maturity, which transcended the vapid miserabilism that blights so much British regional cinema.

His approach to Real Gods was clear from the start and exactly what I’d hoped for. He wasn’t beholden to crime and horror genre conventions but would be confident in cross-pollinating them in service of the story and its themes.

There’s a lot resting on the young actors, on the woman who plays Alice and particularly on the two children. To what extent are you aware of these factors when writing a script?

I knew much of the power to scare and convince would fall on the strength of the performances but I put that aside to write it and just hoped for the best. We were very lucky. Ivy Mattingly and Alkali Reid, who play the two children, were great even at the auditions. Ivy could instinctively phrase the words like she meant them, making them hers and not mine, all while sounding flattered at Alice’s attention, but vaguely annoyed that this adult stranger never quite understands what she’s trying to tell her. 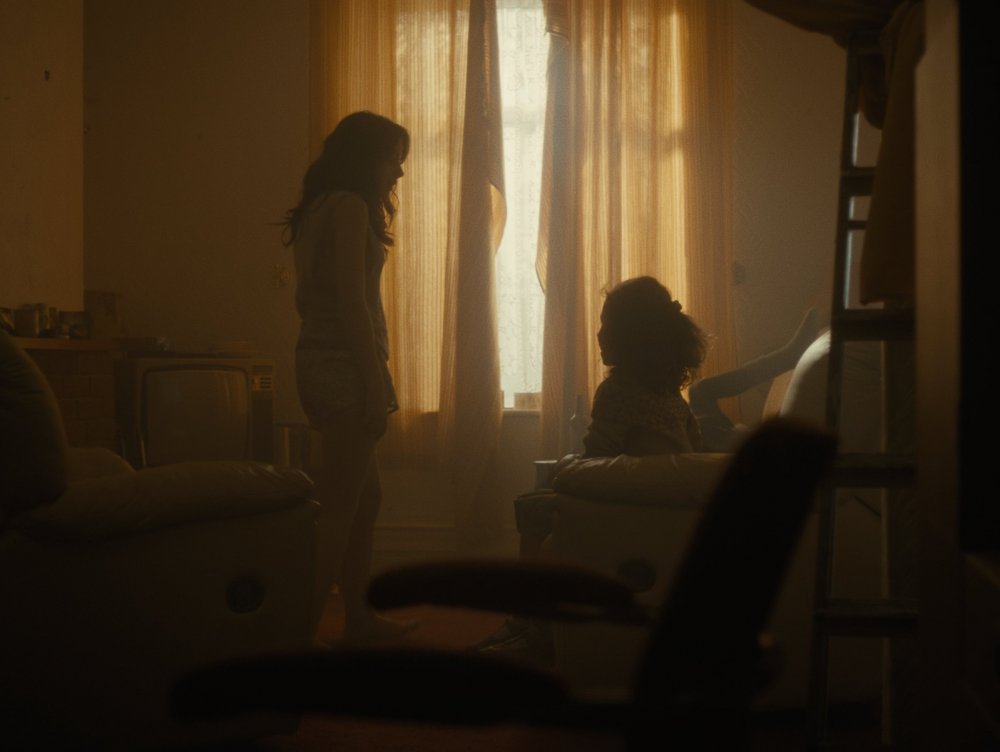 Alkali had the right vulnerable expressions and body language to suggest a kid who is caretaker to a monstrous secret. Their presence is what makes it real. Anna Berentzen, our Alice, was another amazing find. A mostly passive lead can’t be the easiest to play, but Anna sells us Alice’s dilemma without any hesitation.

And you’re consciously rubbing different genres against one another. There’s this constant unease in the film, which I think is partly due to its tonal shifts.

Mixing tones and genre is one way of trying to remove emotional handrails so the audience never gets too comfortable, as it makes it difficult to know exactly how to respond to what’s on screen when you’re not told how you’re supposed to feel. But that means you can start with the familiar and, if you’re really lucky, maybe end up somewhere new.

What I love most about films as varied as those by Kitano Takeshi, Ulrich Seidl and Veronika Franz, Ben Wheatley and Amy Jump, David Lynch, Kim Ki-duk, Todd Solondz or Apichatpong Weerasethakul is not their unsettling weirdness, but how true that weirdness is, how emotionally and psychologically close to life it feels. It’s partly because their characters and situations contain clashing multitudes, even when they’re in some form of genre archetype. We might recognise the convention but it’s soon warped to reveal something about itself and us. It’s those screen stories that probably inspire me the most – often regional, always mining genres – and they’re the kind I try to write and wanted Real Gods Require Blood to be.