Strange crannies of the world: the best of British live action at Encounters 2015

From Iceland to Bangladesh to west London, public and private spheres were played off one another in this year’s native highlights at the Bristol short film showcase. 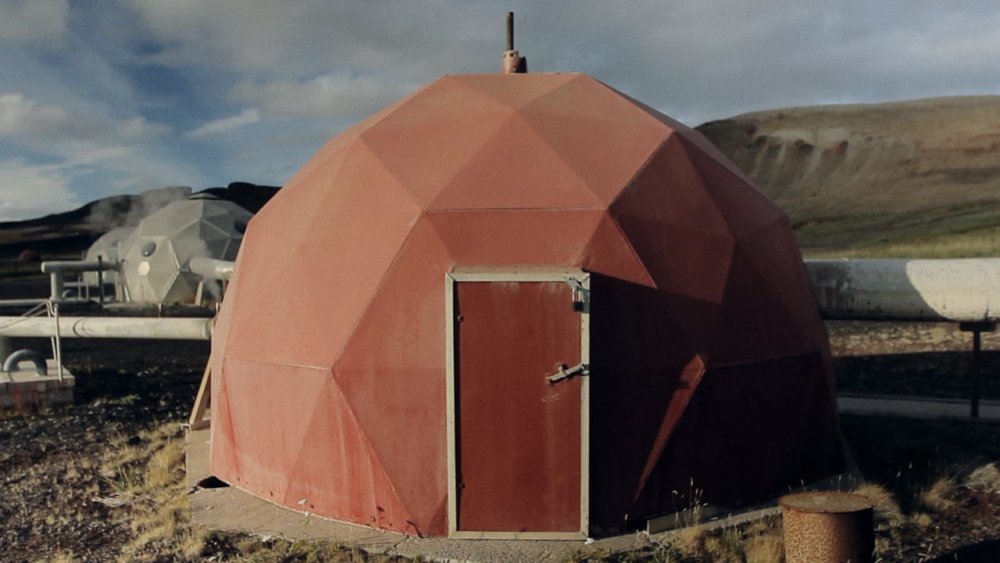 Among the filmmakers, programmers and other industry types who packed out Bristol’s Watershed Cinema for the 21st Encounters, post-screening chat often turned to the festival’s overarching themes. Identifying a unifying thread across the 200-plus short films and animations was a tall order, but a definite thread could be found through the British films. Shifting between single-scene chamber pieces and issues of international concern, they seemed to centre around extremities of private and public discourse. Perhaps unsurprisingly, those films with the widest ambition were also the most rewarding.

A good example was The Atom Station, the latest from Manchester based artist/filmmaker Nick Jordan. Jordan’s psychogeographic documentaries often take his audience off the beaten track, combining striking images of unusual landmarks with playful sound collages.

Here Iceland’s volcanic landscape is the setting for an apparently abandoned site of a geothermal power station. On the soundtrack, snippets of W.H. Auden reciting Journey to Iceland are mixed against Icelandic activist Ómar Ragnarsson’s warnings about serious environmental changes to his homeland. The combination of sound and vision serves to distance the viewer, clouding the remarkable buildings and feats of engineering with an eerie melancholy that evokes the inevitable entropy of human endeavour as compared with the immense power of nature.

Bold and intelligent, The Atom Station marks Jordan as one of the most riveting shorts filmmakers currently at work; the Encounters jury named it this year’s best documentary. 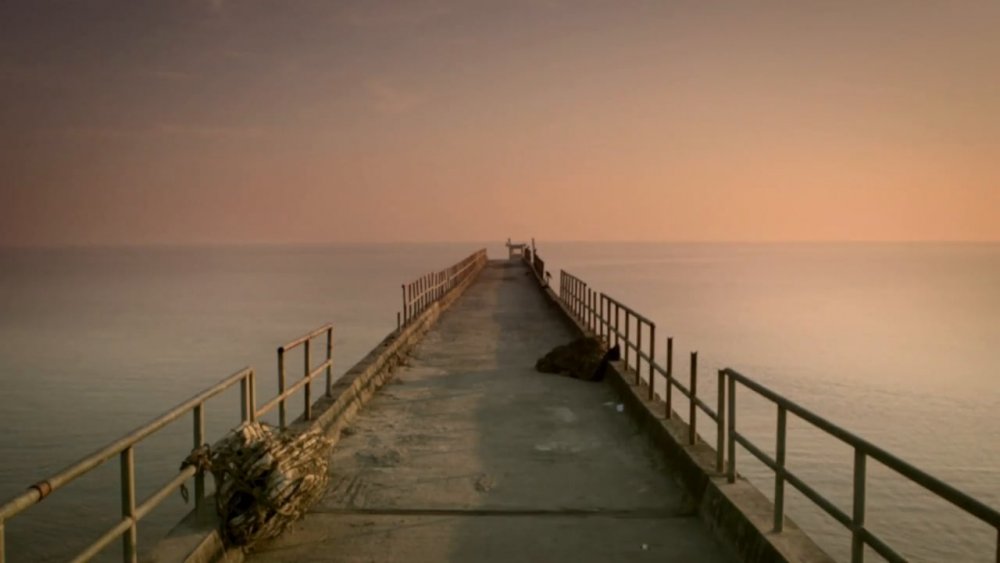 The interaction of life and landscape also informed Meghna Gupta’s Off the Grid. Filmed in Sandwip, an island in Southern Bangladesh, this documentary explores how a community survives with no electricity and a male population forced to migrate for work.

We follow a young engineer who installs solar panels that provide a small amount of power, allowing modest access to the benefits of modern living, whether charging mobiles or powering cassette machines that play back messages from long-absent fathers. In 2012 Gupta gave us the celebrated short doc Unravel, in which workers at an Indian textile-recycling factory share their perspectives on life in the West. Off the Grid shares Unravel’s insight, providing a platform for a South Asian community to voice their tough experiences of global modernity.

A different kind of global cultural experience could be found in Simon Ellis’s brief experimental doc Brass Heaven. Consisting of a single take, shot from the window seat of a low-cost airplane as it gradually descends into Hamburg, Ellis accompanies the peaceful view of the world below with the drunken chants and rants coming from a raucous stag party aboard the plane. Ellis returns to a technique he used in Telling Lies (2000), whereby the words overheard are also superimposed across the screen – literally spelling out for us the drunkards’ embarrassing parochialism. 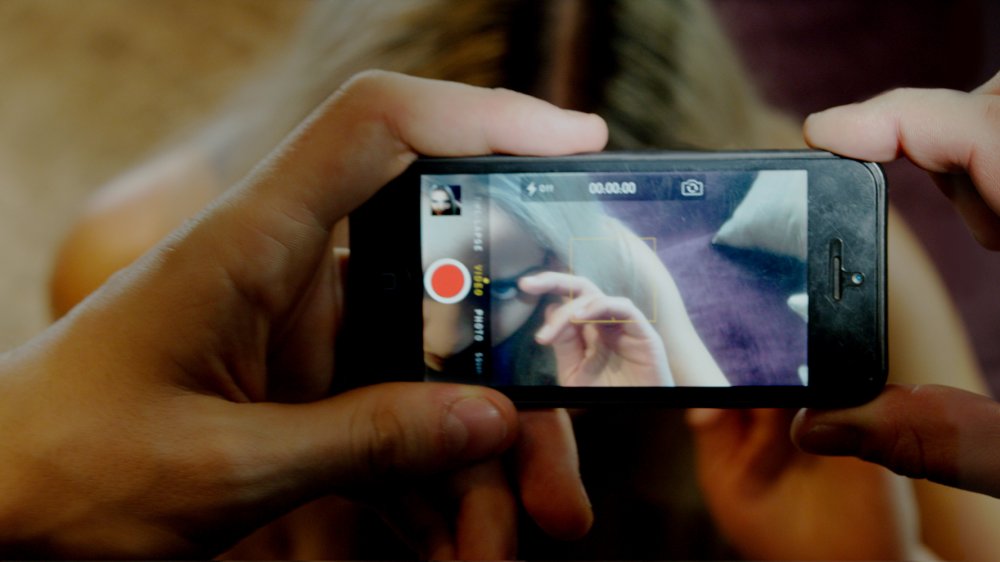 Elsewhere, Fyzal Boulifa’s Rate Me exposed petty-minded and misogynistic thinking across the internet.

Boulifa won Cannes’ Palme d’Or for short film in 2012 with The Curse, a poetic-realist drama set in Morocco. Rate Me shared that film’s concern with social attitudes to teenage female sexuality, but marked an entirely different approach to structure.

Divided into 12 chapters, it begins as a series of user reviews apparently rating Coco, a teenage escort, played by Zehra Zorba. As the film progresses, conflicting narratives about Coco overlap until her precise identity is lost under the conjecture, hyperbole and vapid commentary that dominate online. Formally provocative with a wilfully opaque verisimilitude, the film nevertheless captures the fluidity of online personas and cautions against the damning arena that the internet can become for young people. It won Boulifa his second Cannes prize. 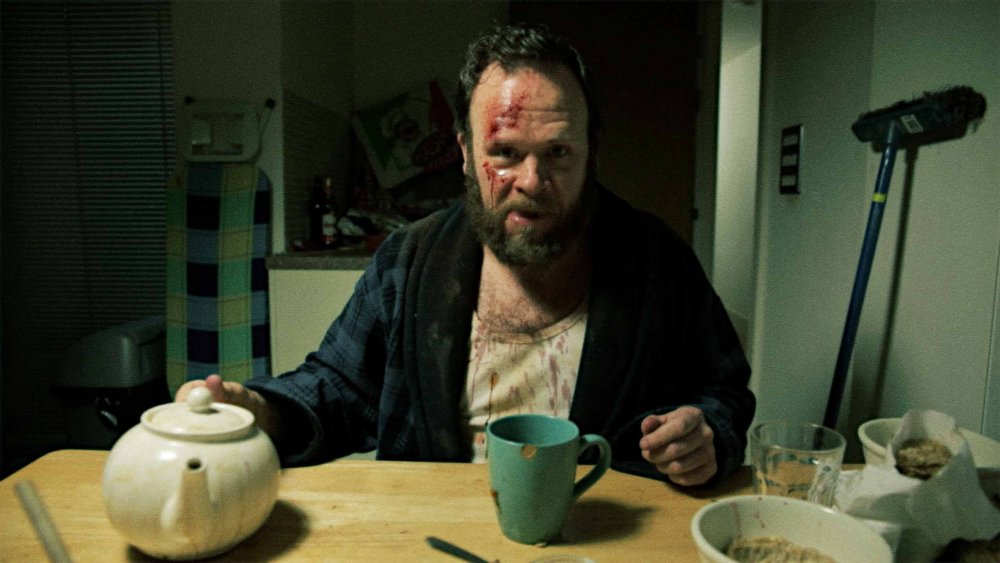 The ignorant contributors who pass comment on Coco in Rate Me remain anonymous but something of their articulate but blinkered attitudes could be found in Raymond and Timothy, the unhappy protagonists of Ben Mallaby’s comedy Milk!

The set-up is simple: half-awake and grumpy, Ray and Tim discover to their horror that they’ve run out of milk. Neither can be bothered to dress and visit the shops so they devise ways to obtain enough milk to at least sweeten their morning tea. Their ridiculous strategies quickly descend into violent and bloody mayhem involving broken bones, weakened gums and razor-sharp cat paws.

Milk! was written and performed by Paul F Taylor and Toby Williams, who create a foolish duo comparable to Bottom’s Eddie and Richie, albeit in lazier and bloodier form. Broad in premise and execution, the film was nevertheless much more appealing than the single-gag shorts that seemed to dominate the British comedies. 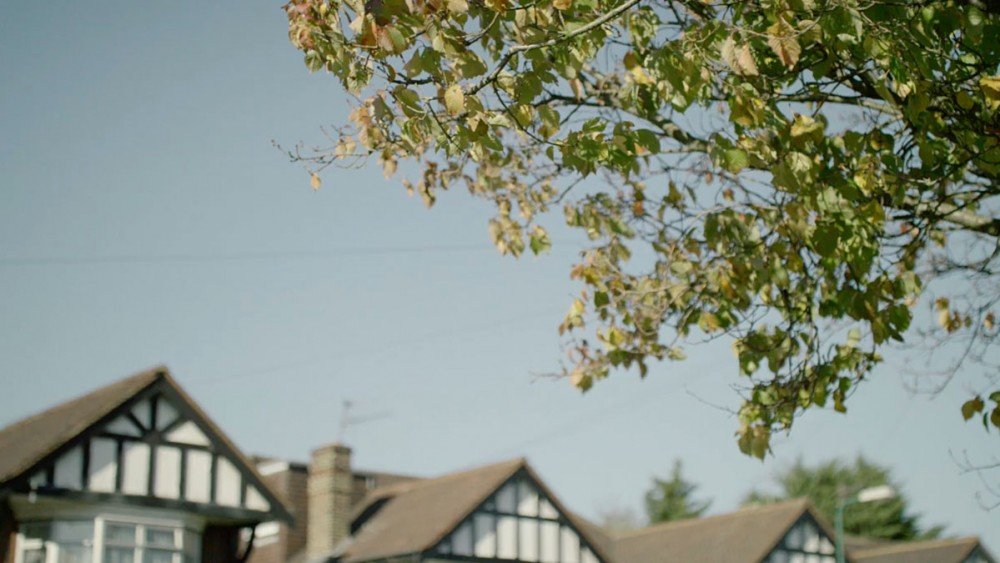 As mentioned, many of this year’s native dramas and comedies concentrated on domestic scenarios which, despite eloquent writing and competent direction, never engaged as successfully as those films with broader outlooks. That said, Threlfall’s Over seemed to riff on the contrast, exploring what can happen when private and public spheres collide.

It explores the effect of a mysterious crime scene on a leafy suburban avenue in west London. Nine carefully staged scenes take us through the events and aftermath of the mystery, revealing the ways in which public tragedy can suddenly impose itself into the most inauspicious scenes of domesticity – and just as swiftly be swept away and forgotten. Inadvertently connecting many of the themes of Encounters, it was a deserving winner of the festival’s newly named Chris Collins Best of British award, and has been shortlisted for the London Film Festival’s inaugural short film competition.

Related to Strange crannies of the world: the best of British live action at Encounters 2015