How high are the sundry highlights nominated for the London Film Festival’s new Short Film Award?

New to the London Film Festival this year is a Short Film Award, and two associated screenings (on Saturday 17) of the sundry nominations, drawing together a shortlist of 12 nominal highlights from across the many programme ‘pathways’ (Love, Thrill, Dare, etc) into which the films have been allocated in recent years. Here’s a shortcut for time-poor fans of the short form to straddle those disparate mood strands; how do the movies stack up?

The 12 represent ten countries and a textbook range of themes and styles, though given the relative preponderance of shorts in the festival’s Experimenta section (versus one or two programmes of shorts in any other strand), it’s perhaps unsurprising that experimental modes provide a plurality, ie four, of the nominations (there are also three films from the Journey strand). This begs a certain eclecticism of viewers – for instance, while Austrian avant gardist Peter Tscherkassky has his devotees, I hated his rapid-fire montage of risqué found footage The Exquisite Corpus. But while ‘mixed bag’ is likely to be the first judgement of many attendees of these programmes, they’re also likely to make several worthy finds. I counted a handful of strong and interesting works, and two sure classics, the respective animation and live-action Best of British winners from last month’s Encounters Short Film and Animation Festival in Bristol.

Making a film about a lonely man nearing death and expecting the audience to care by default is a cardinal sin of animation, and one that Dutch animator Nina Gantz committed in her otherwise elegant first short Zaliger. At first, Edmond [pictured above] seems to be heading the same way: in the opening scene we meet the title character, an anxious middle-aged man with crippling mummy issues, as he contemplates drowning himself. But the film’s achievement is to make us actually sympathise with Edmond, through five deftly spliced flashback scenes ripe with Oedipal imagery and dark humour, such that the emotional payoff is genuine.

The expressive animation style is crucial here: Gantz superimposes hand-drawn faces on wool puppets (which are strikingly reminiscent of Emma De Swaef and Marc James Roels’s 2012 festival favourite Oh Willy…). And, though animation is too rarely thought of in such terms, the film stands out for its sumptuous cinematography. It’s moving, shockingly funny and technically accomplished – for a student film, stunningly so. 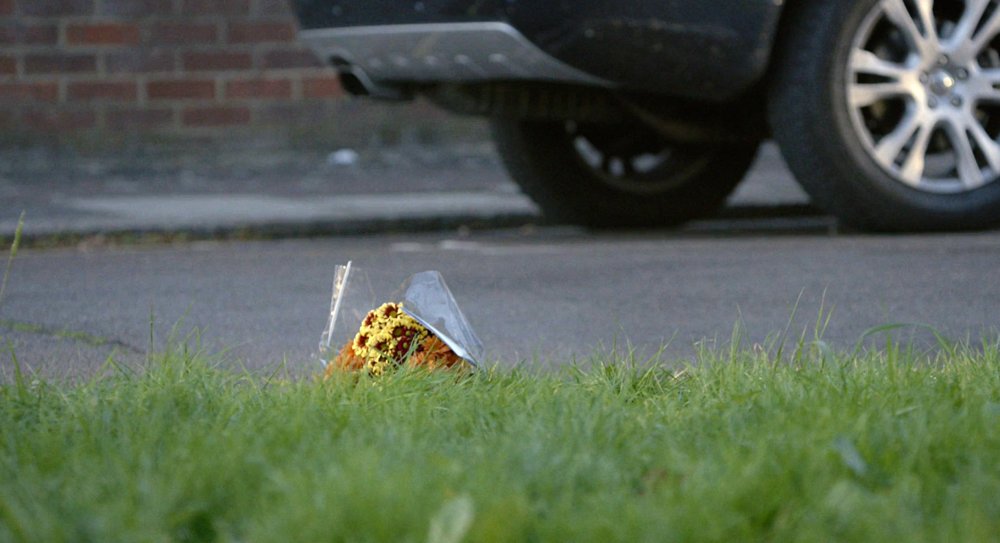 Jörn Threlfall’s Over, Encounters’ British live-action award-winner, is almost as good. It opens with a wide shot of a twilit street in a bourgeois West London suburb. The camera remains static as locals mill around in the background, their chatter barely audible – we’re put in mind of Haneke’s Hidden. We scan the frame for meaning. With each cut our viewpoint on the street shifts CCTV-like, as an onscreen clock announces that we’ve moved a few hours back in time. The appearance of police cars and ambulances anticipate the shocking death of a black man in the morning.

I won’t spoil the climax, which (quite literally) makes a huge impact, but I will point out that Threlfall’s simple reverse-chronological structure draws out our prejudices concerning the man’s death, then throws them in our face. Following on from Mojado (2011), his punchy 30-minute study of Mexican work migrants, this brutally effective film confirms Threlfall as a political filmmaker to watch. 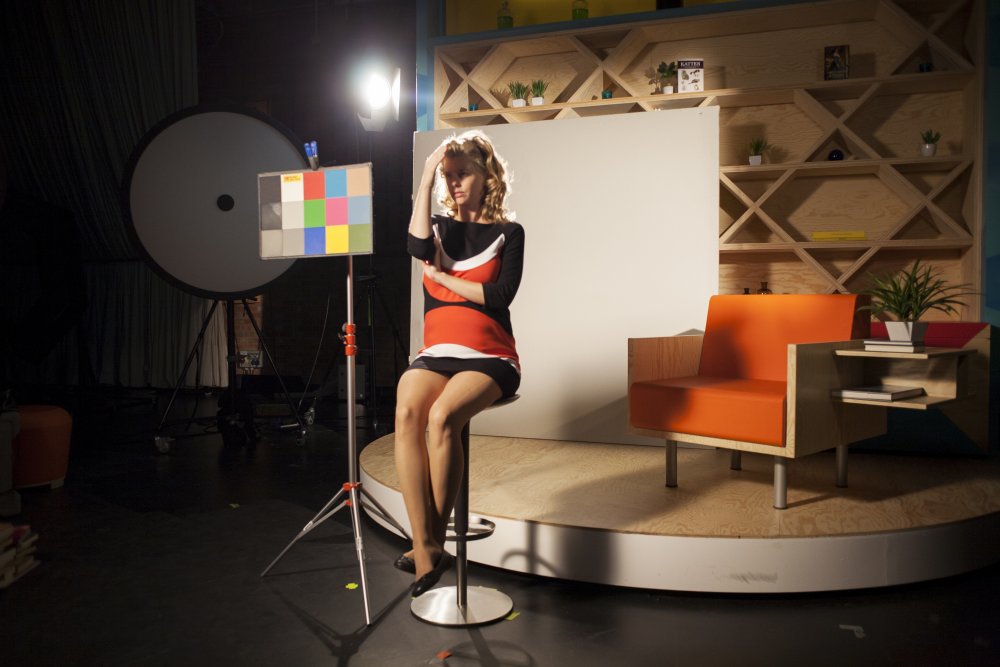 Issues of social justice are at the heart of two other highlights. Lili, like Over, puts the problem of racial prejudice before the camera – or rather, inside it. This intriguing experimental doc by Belgian filmmaker An van Dienderen takes up the thorny subject of Kodak’s so-called China Girls: the models, invariably fair-skinned, formerly used by the camera manufacturer as a reference point for calibrating colour tone and light range. As an audio recording of a lecture explains the practice, van Dienderen’s camera slowly, uncomfortably, zooms in on a Hollywood-pretty white girl striking a pose. It’s a bit loosely presented and awkwardly relies on lengthy on-screen titles to make its point, but Lili is an engaging experiment, and a salutary reminder that cameras – which, after all, emerged from a specifically Western obsession with realism – come loaded with ideology.

Speaking of realism, sober social drama Tuesday shows a day in the life of a pubescent schoolgirl in Istanbul – an ordinary day in which she attends class, plays basketball and gets felt up by two men. The two incidents are very different and nicely juxtaposed, but both subtly point to a society in which men act out of a sense of entitlement. The film is well-acted and deftly shot – a neat visual parallel between a cigarette and a minaret, for instance, speaks volumes. It’s less distinctive than Over, but just as fiery. 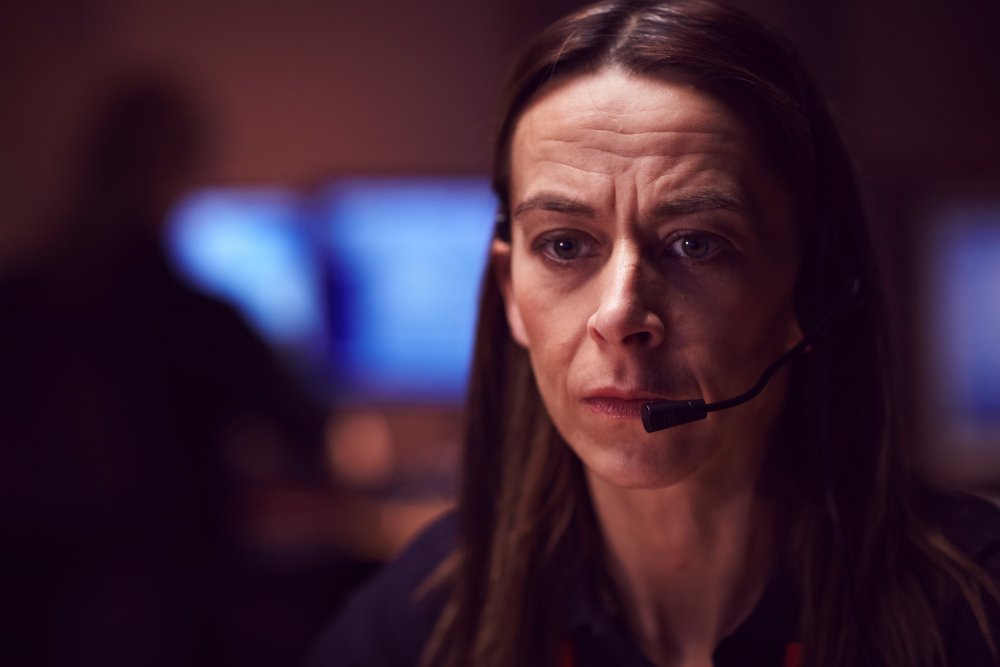 I was impressed with the punchy Operator, in which an emergency services operator (played sympathetically by Red Road’s Kate Dickie) deals with a hysterical caller who’s trapped in a burning house. Much as in The Phone Call, last year’s Oscar-winning short about a crisis-hotline worker, the camera never leaves Dickie’s face – we only hear the caller over the phone. It’s a tightly crafted exercise in suspense, but no more.

An honourable mention must also go to Till Nowak’s bonkers Dissonance, an animation/live-action hybrid about a delusional old man who fantasises about playing the piano to an empty theatre on a Laputa-style floating island. The animation is clunky at times, and the story is totally incoherent – maybe that’s the point? – but its bracing originality stayed with me.

Leaving the screenings, I felt the absence of humour: only three films really tried to be funny. I’m not suggesting quotas for comedy, but many of the entries seemed to compensate for their short running times with a high moral seriousness, when a more rounded approach might have worked better. The result was a programme that felt heavy-going at best, and a bit po-faced at worst.