The ugliest animation at Encounters 2017

From ‘vandalised celluloid’ to a top-prize-winner co-credited to its own misdirected software, Bristol’s state-of-the-art showcase found British and international animation bulging with ideas, beauty… and its antithesis. 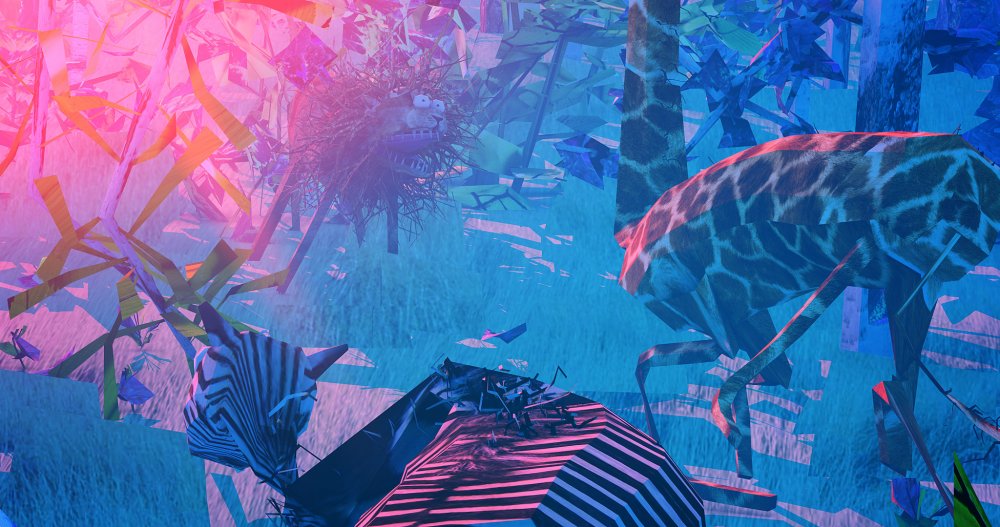 Remember: ugly can be beautiful. If there was one lesson from the animation competition screenings at this year’s Encounters festival in Bristol than this was it. But we’ll get to that later.

Britain’s leading short film festival is natural habitat for the world’s best animated films. Though animation is mixed throughout the programme, my focus is on the six competition screenings spread over three days: 83 films vying for just three prizes.

The first of those prizes was the Best of British Animation Award, won by Films to Break Projectors by Ilobia – AKA Tim Grabham, co-director of the 2014 feature-length slime mould doc The Creeping Garden. This self-described “vandalised celluloid collage” repurposes a variety of abandoned 35mm, 16mm and 8mm films strips, ranging from countdown leaders and home movies to a random sequence of Delroy Lindo in Get Shorty (1995). Spliced, sliced and diced together, the resulting film is rendered unprojectable, yet once scanned and edited it has become an experimental yet engaging feast far greater than the sum of its parts.

Other British highlights were Adam Wells’s Animal Parts, based on an extract of the Love + Radio podcast. Though brief, it was another example of Wells’s talent for carrying narrative through kinetic and impeccable graphic design, first demonstrated in Brave New Old (2012):

Very different in style but equally slick was Anna Ginsburg’s Material World, a commissioned piece on the environmental impact of fashion choices made for Selfridges. The pairing of Anna with Swedish illustrator Sara Andreasson is an enlightened choice that would be great to see again.

Ross Hogg is amassing a filmography of first-rate shorts that marry his gifted draughtsmanship with an interest in formal experiment. Life Cycles is not his most successful work, but it is a tricky film, trying to handle the subject of day-to-day monotony and routine without being just that itself. It probes at the blinkers that focus our attention on the safely mundane aspects of our lives as a distraction from the chaos, carnage and injustice that surrounds us.

Marcus Armitage’s S.O.C.O. (2016) also takes an inventive approach to narrative, effectively mixing time and space as a Scenes of Crime Officer can’t help bring the shadow of her day job out of her home life:

Daisy Jacob’s follow-up to her Bafta-winning, Oscar-nominated 2014 short The Bigger Picture has been long awaited. The Full Story debuted earlier this year and has already began to collect prizes including Best Short Film at the Edinburgh Film Festival.

The innovation of The Bigger Picture was to paint and repaint her life-size characters frame-by-frame on to the walls of a stage set, occasionally embellishing them with papier-mâché limbs to add a further dimension. The Full Story goes a step further by adding real actors into the mix, animating them through pixillation to morph painted image into real-life puppet and back again. The amount of determination and effort that Jacob has put into these two films is astonishing, and there are some extraordinary flourishes achieved in this film. My problem with The Full Story is, ironically, that the story seems too insubstantial to carry the weight of the visual splendour on show.

Not a hint of ugly so far, but we’ll get there.

It’s award time again, and the Animated European New Talent Award went to Sog (2017) by Jonatan Schwenk from Germany. Picture the ape sequence from 2001: A Space Odyssey (1968), but make the simians a little more alien. Now stick a load of huge fish in a tree, barking like… well, like fish don’t. This strangely effective tale follows the mostly aggressive but occasionally sympathetic reactions to the sudden arrival of the stranded fish, skilfully mixing CGI imagery with model settings and stop-motion. It’s possible to read a variety of metaphors into the film, but none of them are rammed down your throat and it even manages to sneak in some moments of bleak humour.

Elli Vuorinen’s Sore Eyes for Infinity (2016) was another highlight, an offbeat tale from Finland about an optician who discovers that her merchandise is enabling some disturbing behaviour in her customers. Filled with colour, character, humour and warmth, it was another film of great promise.

There has been a spate of animated films about Alzheimer’s and degenerative dementia recently, making use of the form’s ability to morph time and space, and represent the perspective of another. Most of them have been pretty unexciting or on occasion awful, but Franck Dion’s Une Tête Disparaît (A Head Vanishes, 2016) is a notable exception. The simple trick of having the elderly Jacqueline carry her head around under her arm as she determinedly takes her annual trip to the seaside is an effective one. But even more powerful is the steady realisation that the tall goggle-eyed, busybody stalking her is in fact her forgotten daughter, desperate to watch over her. (For adults, Dion’s earlier short Edmond Was a Donkey (2012) is also well worth a watch.)

Hot Dog Hands (2016) by CalArts grad Matt Reynolds was refreshingly unlike anything else on show. The programme synopsis (“A suburban woman can’t stop growing fingers”) is accurate enough, but only begins to hint at the surreal path of this animated alternative-comix style tale. The drawing of the characters is a little crude and perhaps even ugly (we are not quite there yet) but the story is not, somehow ending in almost heart-warming fashion. it won’t do much for hot dog sales though…

For the jury (which I should admit to having served on), the decision over who would win the biggest prize, the Animated Encounters Grand Prix, came down to one of two films. Option one was Negative Space (2017), an almost flawless stop-motion short from the Baltimore-based Tiny Inventions studio of Ru Kuwahata and Max Porter. It’s built around a short poem by Ron Koertge, describing a son’s relationship with an often absent father and their sole bond over luggage packing. The subtle depths of the verse are impeccably enhanced by the direction and design rather than laboured on or trampled over. The puppets, sets and props are exquisite. I don’t believe there is a single ugly frame in this film.

Option two was a little different. The choice was between a film that was almost textbook perfect, and one that tore it up. Nikita Diakur’s Ugly (2017) has emerged from a prolonged project to take a fundamentally different approach to computer animation. Simulation is increasingly used in the VFX industry to bring the laws of physics to the crowds of virtual extras that are blown to bits or mown down by cars in the background of blockbuster movies, for example. The pursuit of the software developers is a sense of realism – they really want you to believe that mass carnage is taking place. But an innovative group of artists and animators are using the glitches and idiosyncrasies the software inevitably throws up to create engaging new works.

Ugly is the story of a particularly misfortunate cat called Ugly (naturally), whose single eye and permanently dangling tongue makes him just that. He finds brief moments of kindness in the company of Redbear Easterman, a large Native American who is credited as co-director on the film, perhaps as a nod to the role of software in its outcome.

Nikita and his team created their own system of ‘ugly dynamics’ which rigged all the characters and objects as if they were ragdoll puppets on invisible strings. The animators set up the conditions for the scene to take place, but the shot is attained by running the simulation with an unpredictability that brings real spontaneity to the results. Game controllers were even used to interact with the simulation and the virtual camera’s perspective on it. Lost? Nikita explains the process:

But all that really needs to be understood is that this unconventional approach to creating what they describe as “broken animation” sets up obstacle after obstacle to creating a successful film. And yet what has emerged is an engaging and even heart-warming short that took home the big prize in Bristol and at Ottawa’s Animation Festival on the same day – which makes it eligible for an Academy Award nomination. Look out Oscar, Ugly is coming for you.