Boys and men: the best of British animation at Encounters 2015

Nina Gantz’s Edmond, winner of the Best of British award at this year’s Encounters festival

As the ‘home fixture’ of an important regional centre of Britain’s animation industry, Bristol’s Encounters festival is a fitting location for one of our principle showcases of the art. With all the diversity on show, picking a mere few highlights is a little like comparing kumquats and Cornish pastries; certainly credit must be given to programmer Kieron Argo for the thought and care with which he combines the many flavours.

Happily I’ve already covered two of the best in my picks of the best animation of 2014. Nicholas Ménard’s Loop Ring Chop Drink (2014) was the deserved winner of the festival’s Animated Grand Prix, and it was a good weekend for the French-Canadian, with his Royal College of Art graduation film also winning two prizes at the concurrent Ottawa International Animation Festival. By contrast my absolute favourite of last year, the phenomenal Small People with Hats [► trailer], by Ménard’s fellow RCA graduate Sarina Nihei, came away from Bristol empty-handed but became the first student film to win Ottawa’s top prize in that festival’s 39-year history. Seeing it again on the big screen, it had lost none of its razor-sharp sound editing or fascinating absurdity. Loop Ring Chop Drink is now online in its entirety; Small People with Hats will hopefully follow soon.

Dutch animator Nina Gantz’s National Film and Television School graduate film Edmond [► trailer] has scooped up prizes at Annecy in France, China, Mexico and now Bristol, where it won the Best of British Award for animation. It’s a stop-motion textural delight, using puppets and backgrounds finished in wools and felts to tell the beguiling story of a boy whose unfortunate carnivorous habits are traced right back to the womb in the search of peace. Invariably (and probably tiresomely for all involved) compared to Emma de Swaef and Marc James Roels’s 2012 masterpiece Oh Willy…, it differs in using 2D animated faces composited onto the models. Edmond won Encounters’ Best of British award and (like ManOman, below) was also nominated for the inaugural Short Film Award at this year’s London Film Festival. 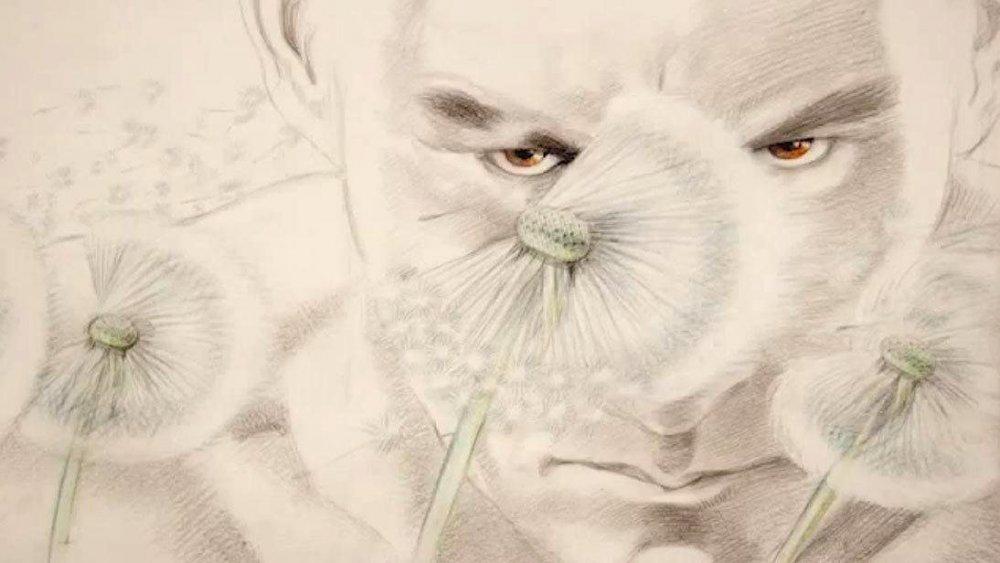 Good things come to those who wait. And Richard Williams has been waiting even longer than his hordes of admirers for him to realise his new animated short Prologue [► trailer], as the kernel of the idea has been rattling around his head since he was 15. Now 82, he feels that only in recent years have his studies of animation, anatomy and draughtsmanship enabled him to put his vision on paper.

Have a look at the trailer and realise that the sample of animation on show is the work of just one man armed with pencils and paper and a few life models – computers have only intervened to tidy away his fingerprints. This depiction of a skirmish between Spartan and Athenian warriors is superbly paced, visceral, gripping and fabulously observed: a staggering achievement in itself, and the first part of a longer idea whose biggest challenge is its artist’s mortality.

Marcus Armitage’s RCA graduation film My Dad has also scooped up its deserved share of prizes in the last 12 months, and was a nominated for a BAFTA. Unlike a lot of its contemporaries, it’s a film that wears a serious message on its sleeve in telling the tale a young boy’s growing inherited racism from his father. Armitage’s first RCA film Over Dinner [► Vimeo] was similarly brave in subject matter, depicting a son’s last family meal before leaving for the army. Both films are richer in observation than political rhetoric, and the message does not come at the expense of the medium. Over Dinner used paint on glass whilst My Dad uses richly coloured oil pastels which give the drawings real dynamism.

Tusk, another RCA film, is Rory Wauldy-Tolley’s first-year project, telling the tale of a mammoth who is defrosted and brought back to a life in an unrecognisable future. Simple graphics belie a sophisticated handling of narrative and character that are complemented by a winning sense of humour. The film is a perfect warm-up for the majesty of his graduate film Mr Madila (2015) [► trailer], sure to light up a festival near you soon. 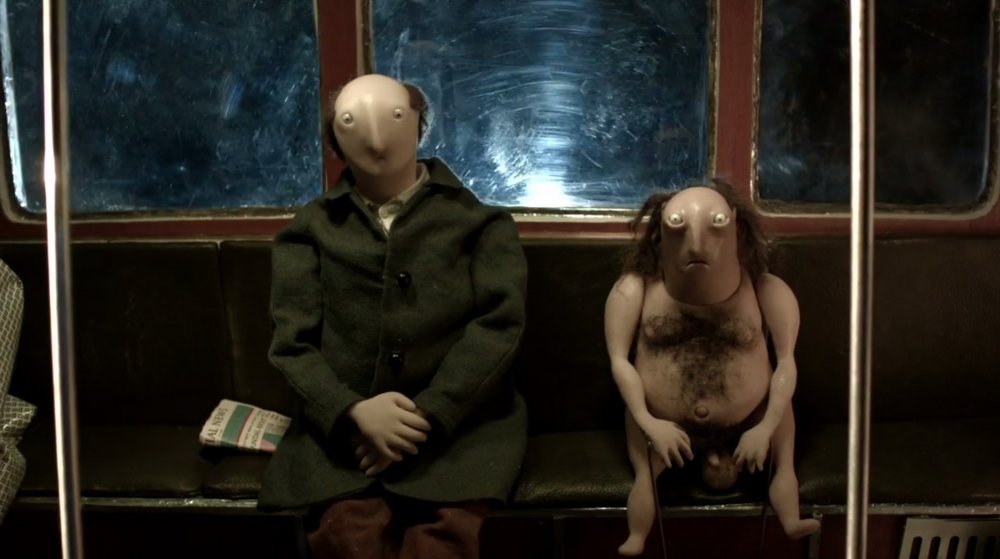 Manoman is Simon Cartwright’s ManOman [► trailer] fun. This explosively enjoyable film features the reserved Glen, whose inner self emerges – literally – at a primal-scream therapy session, sending the pair on a spiralling bacchanalian spree of freedom and debauchery. It uses live-action rod puppets to bring a frantic energy and dynamism to a tale that would have been very different in stop-motion; imagine the Muppets’ Beaker and Animal going on a drunken stag do and you get part of the picture. It won a Special Mention from the Encounters jury.

Related to Boys and men: the best of British animation at Encounters 2015