Scottish talent shone at Glasgow’s celebration of short film. While it’s little surprise that many of this year’s contenders were preoccupied with identity and borders, the way those issues were approached was often very refreshing. 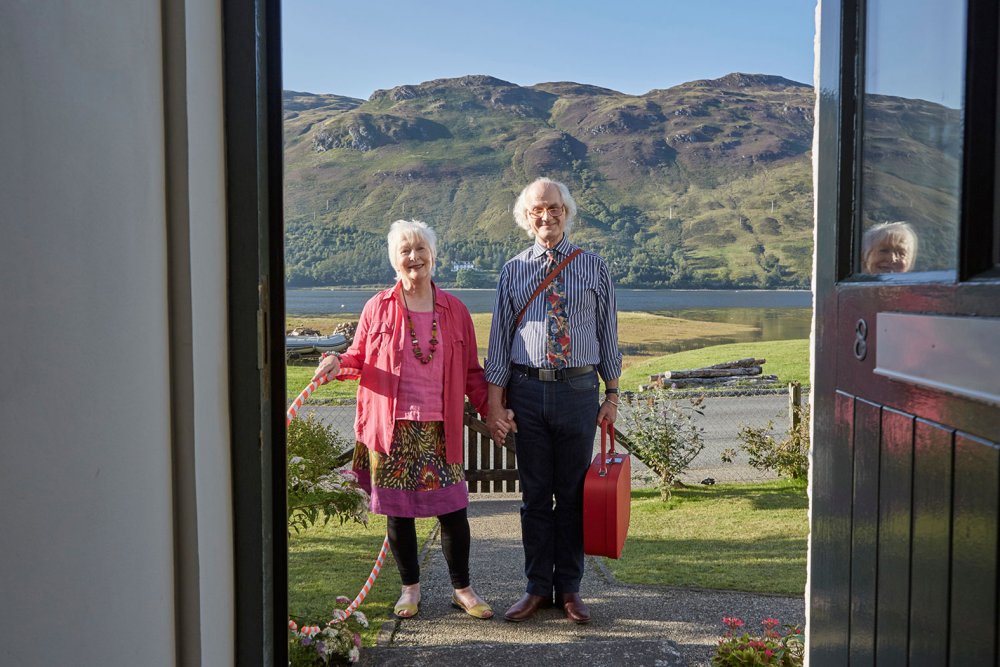 Celebrating its tenth anniversary, Glasgow Short Film Festival showcased home-grown talent with pride and aplomb, and even acquired a new sponsor for its national award – no small achievement in an age of online viewing. The programme brought politics to the fore without being overly polemic. Like a gale force wind, GSFF set a clear agenda with its Reflections on Sovereignty strand, a timely reminder of the problems with a so-called United Kingdom.

Artist filmmaker and professor William Raban’s Time and the Wave (2013), looking at the crisis of capitalism and patriotic pomp, screened alongside Scottish national Rachel Maclean’s The Lion and the Unicorn (2012) and Katie Davies’ The Lawes of the Marches (2014), both of which contemplate borders. In a social climate heavily concerned with identity, contemporary filmmaking in competition revealed strong voices, keen to stake their claim in the face of new frontiers. 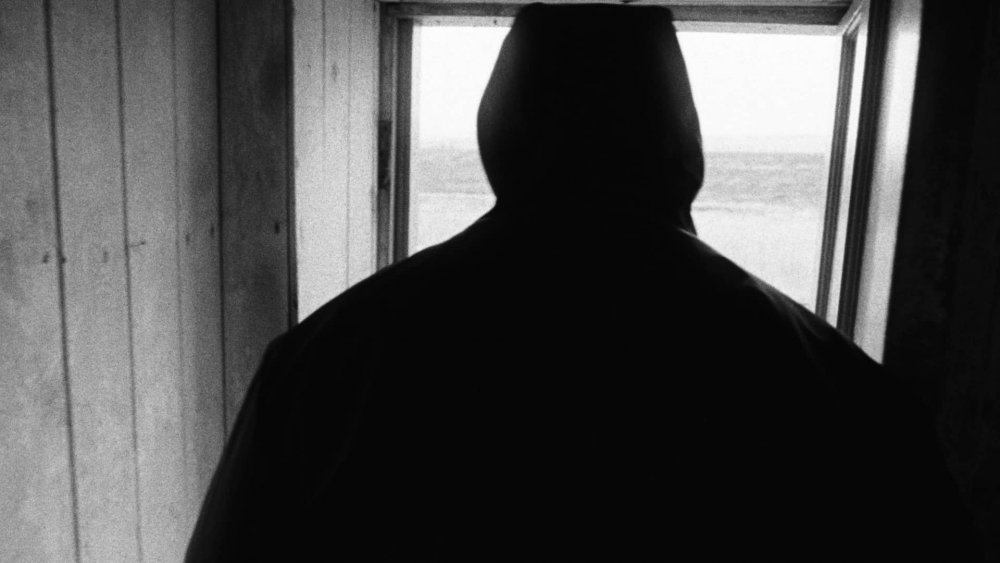 Winner of the Scottish Short Film Award, Jasper Coppes, a Dutch national who lived in Glasgow, reshapes the typical tourist perspective of a unique landscape in Flow Country. Accompanying Dan Lee, the Learning and Outreach Archaeologist at the University of the Highlands and Islands, Coppes captures the stark beauty of the contested site in striking monochrome.

Shot on 16mm with just the sounds from the earth and wind to accompany the images, the film acts as a sort of visual fieldwork notebook. Examining the landscape with one foot firmly planted in anthropology, Coppes reveals more than just a peaty landscape. He maps historical tampering on to the land, showing us both the literal layers of earth as well as the layered attempts to develop and now conserve the area.

The damage done to this strange wilderness, along with the absence of human settlement, lends the imagery a post-apocalyptic aesthetic. But the only apocalypse the landscape has suffered is at the intervention of humans. The flows reveal their indomitable nature through their persistence; the deep peat is hostile to timber and the solid bog is the work of thousands of years. The paradox is in how to best proceed and the final image of a conservationist walking away from their work offers up philosophical contemplation of sublime proportions. Efforts to reverse the imposed apocalypse are uncertain, but letting it be is unthinkable.

Accepting loss is a bitter pill to swallow, and a little sensitivity goes a long way. At first glance, Allie comes across as an angst-ridden teen; she leaves for school in a huff, gives her mum the brush-off and hasn’t done her homework on time – she can’t even be bothered to give her teacher an appropriate excuse. But his assumption that she’s been out partying all weekend is far from the mark.

Every Tuesday Allie spends the night at her dad’s house. This week, when she arrives, she goes through the motions until the pain of his absence breaks the silence. Her quiet, solitary process of examining the space they shared together helps Allie come to terms with her grief. Exposition isn’t needed as the mundane actions of suburban life become harbingers of death. Allie cuts a tub of ice-cream in two, signalling the cold comfort of a shared experience halved.

Beautifully told through craft and tone, the film, directed by Charlotte Wells, earns its Scottish BAFTA New Talent nominations for writing and design as it aligns us with Allie, entirely through close camerawork. Offering an intimate view into the character’s psyche without ever assuming her direct point-of-view, the film recalls the skill and verisimilitude of Jean-Pierre and Luc Dardenne.

Weaving the mythic tale of the Five Sisters of Kintail into a character drama about an ageing woman stuck in her ways, Robin Haig’s Hula wants to have its cake and eat it, too. The story is about lost youth, though it shows no signs of melancholy in its search for something new.

Clara, played with refreshing naturalism by Blythe Duff, tries to be pragmatic in the face of change. With her only daughter having left home, this single mother, living in a small town in the remote western highlands, has many meaningless hours to while away. Her decision to turn her home into a B&B gives a short-lived sense of purpose, using time that was otherwise spent playing solitaire at a kitchen table intended to accommodate a nuclear family of four.

What’s great about the screenplay, as Clara learns to loosen up, is that it doesn’t dwell on unsolvable issues such as the process of ageing or the necessity of letting go when loved ones take up their own path in life. Instead, it focuses on the importance of self when faced with moving on. It falls short of being a sure-fire breakout success, however, for its occasional conservatism. When it’s time to show and tell, sex and passion are only alluded to, which is frustrating for a film that otherwise bravely takes on the largely ignored screen demographic of middle age. 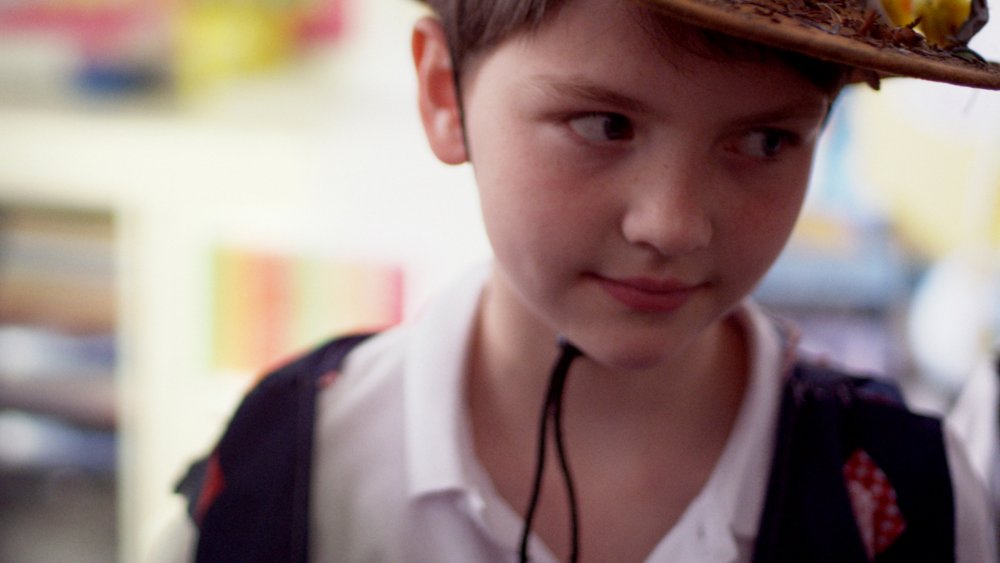 An ideologically dense suburban drama, Take Your Partners challenges gender stereotypes through the eyes of tomboyish eight-year-old, Ollie. Director Siri Rodnes deftly explores Ollie’s predicament of wanting to join in ‘boyish’ activities in an educational institution that thinks biology creates natural working groups. The class will take place in an Easter parade and, to prepare, the girls must make Easter bonnets while the boys work on waistcoats. Ollie is distraught when she is called back from joining the boys.

Rodnes tackles the issue by pointing to the importance of visibility in diversity. The message is in the narrative but its resolution is extra-diegetic as Ollie becomes an audience tour guide for navigating non-heteronormative and non-binary-gendered norms. The message is clear and earnest, though the weight of the politics occasionally feels as if it’s punching above the production’s dramatic chops.

Recently selected for BFI Flare’s 2016 LGBT Mentorship Programme (her mentor is producer Andrew MacDonald), Rodnes is developing a feature-length screenplay that elaborates on the characters and themes in this stand-out BAFTA Scotland-nominated short. The expanded work intends to meet Ollie across multiple timelines that include a not-too distant future. If the short is any indication of its progressive attitudes then we can certainly hope for a film that embraces, if not celebrates, diversity.

Where We Are Now

One part of a wider project around LGBT stories and global access, searchable under the hashtag #FiveFilms4Freedom, Where We Are Now is Lucie Rachel’s sweet and salty bite-sized family portrait. The story is ultimately uplifting as both Lucie and her trans parent talk to each other about the stigma of coming out.

Beautifully produced but with its focus on narrative rather than aesthetics, Where We Are Now isn’t afraid to show the mundanity of household chores. In so doing, what it hopes to achieve is a greater understanding of the diversity in private spaces, as well as in society at large. Love is an inalienable human right and gender and sexuality should have no bearing on parent-child relationships, or the many menial activities inherent in that family dynamic, Rachel tells us.

Created with educational intent, the film hits the mark in communicating an urgent need for diverse pictures of family life onscreen. Its presence in competition just days before it becomes available online for all to see – anywhere in the world, along with the four other shorts – where we are, now, is hopeful.

The work also signals a change in traditional coming-out narratives. Coming out isn’t always coming of age, it is a story that affects individuals across different generations and experiences. Sharing the narration, two generations tell us loud and clear that where we are now involves listening, as well as speaking up.