Offering a snapshot of British short-form filmmaking, BAFTA’s shorts showcase is touring the country’s cinemas with the highlights of new British documentary, drama and animation in a matter of minutes. Here are this year’s eight award nominees. 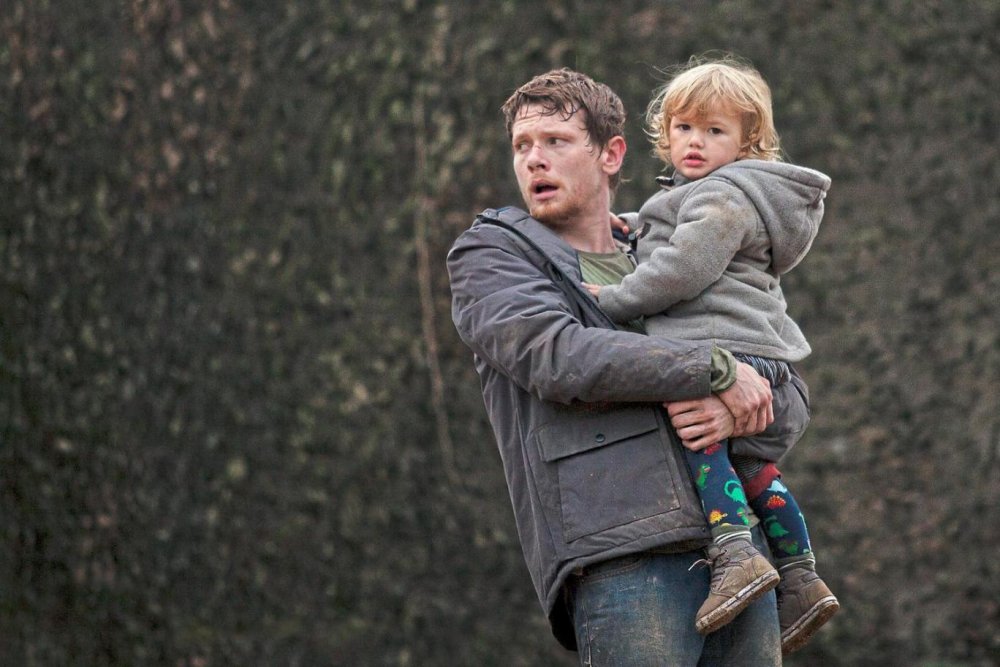 The BAFTA Shorts showcase tour selected UK cinemas from 10 February 2017, and are on VoD at Curzon Home Cinema.

It’s five years since BAFTA first partnered with the Independent Cinema Office to tour its terrific packages of the Academy’s annual short film nominations for best British Short Film and British Short Animation. Having tweaked the terms and conditions, the 2017 anthology avoids the strangely lopsided feel of some of the previous years where occasional nominees were omitted, usually through failure to secure rights clearances. This year’s tour comes fully formed with all eight nominees included, and starts its theatrical run well ahead of this year’s ceremony. Together, they represent a broad cross-section of the latest trends and concerns emerging within the current UK short-film scene.

The programme starts with Andrea Harkin’s The Party, a coming-of-age drama about a group of Belfast friends getting together for a house party sometime during the Troubles in 1972. At moments, the colour palette and production design evokes Yann Demange’s ’71 (2014), and the film takes a similarly uncompromising view of how violence intruded on the everyday life of Northern Ireland.

But Harkin’s approach is generally subtler, with snatches of dialogue half-heard through open doorways or sideways glances loaded with meaning. She subverts the film clichés usually associated with teenage partying, with a palpable sense of dread and denial beneath the overt jovialities.

Next comes A Love Story, one of two animations from the National Film and Television School (NFTS), about the romance between two bodiless knitted heads. The NFTS animation department continues to be a dependable source of BAFTA Short Animation nominees and has been behind many recent winners including Edmond in 2016, A Bigger Picture in 2015 and Sleeping with the Fishes in 2014. A Love Story shares those films’ technical panache, but its swift narrative trajectory – from blooming romance to dark depression – feels familiar, and the dialogue-free storytelling sometimes a little, well, woolly.

The other NFTS animated short is altogether lighter. It animates middle-aged Alan Brown, a man with the power of far-reaching prophecy, but who fails to see that his celestial gift irritates his overlooked wife. The divine and the domestic and balanced perfectly in this gentle comedy that showcases the typically understated wit beloved of many of our British animators.

The third animation is a remarkable film that visualises the differences between a Chinese mother, raised in China during the Cultural Revolution, and her British-born daughter.

A recent graduate of Kingston University, Jennifer Zheng is part of a new generation of animators bringing documentary material to life. Blending personal testimony with striking design, Zheng’s film is a compelling reflection on how the life experiences of different generations can be a barrier to empathy and understanding.

China also lies at the heart of Consumed, a visually stunning short that captures the vast scale of its immense manufacturing base. Director Richard John Seymour is interested in the epic scale of the country, filling his widescreen lens with intimidating vistas of industrial super-power.

In the opening image, a giant mechanical crane is somehow dwarfed by the vast quarry that surrounds it. Elsewhere, shipping containers engulf the men who work around them, but then a cutaway transforms our perspective so the containers themselves are miniscule, becoming tiny coloured blocks stacked upon an oversized cargo ship. Over these images of heft and scale, snippets of interviews with the workers offer a human counterpoint to the mechanical spectacle.

Consumed is among the few live-action documentaries to make the BAFTAs short package and is one of the first to be up for a live-action short nomination. It’s a welcome development. With thriving organisations such as BRITDOC, the Scottish Documentary Institute and Sheffield Doc/Fest, British short documentary is particularly strong at the moment, and many vital stories are finding their best way to audiences through a nonfiction lens.

It’s a case that could be illustrated by the weakest title in the collection, Mouth of Hell, a drama about a child labourer making a hard living in the burning coal fields of Jharia in India. Despite engaging performances, especially from young lead, Ramanjit Kaur, the story – about the boy’s attempt to steal to help pay for his ill mother’s treatment – never feels like it is fully capturing the extent of the danger and poverty experienced by the community surviving life in the coalfields. The fictional world seems to get in the way of a more profound story that documentary may have captured better.

Overall, laughs are a bit thin in this year’s package, but some can be found in Charlotte Regan’s Standby. Shot with a fixed camera that observes two police officers who occupy the driver and passenger seats of a patrol vehicle, the film crams an entire working relationship into a few minutes. Starting with the rookie errors of their first meetings and taking us through the familiarity of their developing partnership to the sadness of their final departure, Standby’s copper car-share probably makes the best use of the short form.

For my money, however, this year’s strongest live-action short is the programme closer, Home. The film stars Jack O’Connell and Holly Grainger as young parents who are compelled to travel with their children on a perilous journey out of the UK and across Europe towards an unnamed war-torn destination. Reversing the path taken by most refugees the film offers a glimpse of the loss and terror currently experienced by millions of people.

Made for the UN’s 2016 World Refugee Day, Home is direct, truthful and emotional. It’s written and directed by Daniel Mulloy, a multiple BAFTA nominee who previously won the best British live action short BAFTA in 2006 with Antonio’s Breakfast (2005). With his latest film, Mulloy continues to reclaim the live-action short as the province not only of the rising up-and-comers, but the experienced master too.