Toons in the air: highlights of 2016’s Manchester and London animation festivals

Should an animation festival aim highbrow, or low? At both Manchester’s young and clubby new animation shindig, and London’s well-established and cosmopolitan affair, a full palette of masterclasses, fresh films by students, home-grown favourites and offbeat work from abroad were on the slate. 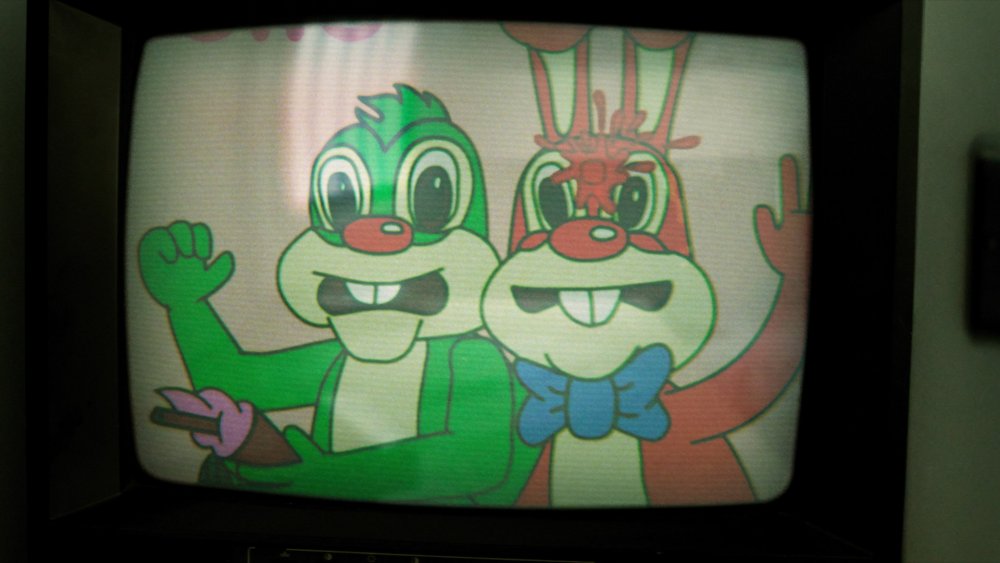 Johnno’s Dead, part of a package of Chris Shepherd’s eclectic works that played at both the Manchester and London International Animation Festivals

Animation buffs are often at pains to correct the public’s presumption (in Britain at least) that animated films are, by nature, silly and child-oriented. Too right. But in doing so, they can swing too far the other way, discussing the medium with a high-minded seriousness that equally fails to do it justice. Every festival must try to strike a balance.

1. Best of British in Manchester

Manchester Animation Festival nails it. Inaugurated last year, it is a spiritual successor of sorts to the dearly departed Bradford Animation Festival, which was pulled in 2014 for reasons of ‘cost’ (and much of whose staff has migrated to MAF). It has launched in tough times for the British animation industry. And despite (or because of?) this, it is shot through with the bonhomie that comes from a gathering of like-minded eccentrics.

Last year’s edition had a local focus, centring on the legacy of Manchester’s defunct Cosgrove Hall studio (of Danger Mouse fame). This year the organisers cast their nets wider, looking at the industry at large. Talks and workshops were given equal weight to the films, and one event investigated cutting-edge virtual reality technology. Yet there was still a British flavour to the programme.

The highlight was a screenings of the works of Chris Shepherd, proud Scouser and arch provocateur. Mixing animation and live action, ranging from family dramas to one-gag skits, his back catalogue could pass as the work of several directors, were it not for the absurd humour running through it. In an off-the-cuff introduction, Shepherd delivered a rousing call to arms to defend artistic integrity, complete with plenty of swearing and cheering.

Elsewhere, retrospectives were dedicated to Aardman (now 40 years old!) and Studio AKA, purveyor of glossy, quirky shorts such as the BAFTA-winning Lost and Found. Crowds flocked to a screening of Ethel & Ernest, a faithful adaptation of Raymond Briggs’s affectionate tribute to his parents. This was all decent if safe programming, made more vital by the accompanying masterclasses. Peter Dodd, Ethel’s supremely talented animation director, gave an improbably funny talk on the nightmare of animating 1950s period dress (blame the buttons). 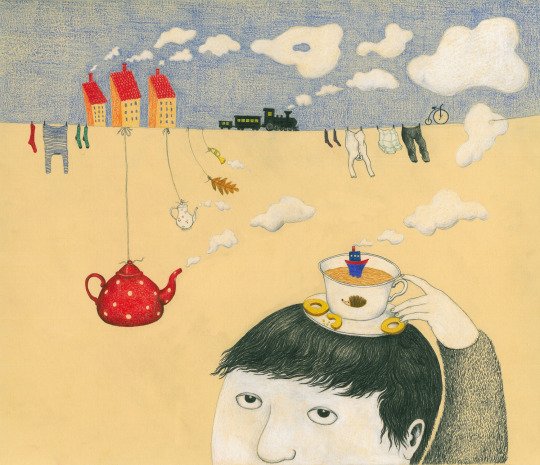 The competition was more of a mixed bag. Festival circuit faves vied with lesser-known shorts from South Korea and Estonia (a shout-out to Lucija Mrzljak’s offbeat Šuma, a tale of a flood with a delicious sense of timing). British student films were well represented, even if RCA and NFTS graduates dominated as usual. Rory Waudby-Tolley’s Mr Madila, a wildly entertaining, Don Hertzfeld-inspired portrait of a loopy spiritual healer, deserved its audience award. Yet it is telling that a student film won. A recent tax break for commercial animation in the country, while welcome, has yet to trickle down into the indie sphere. After graduation, there are few options available to auteurs, and this was reflected in a dearth of top-drawer British shorts outside the student programmes.

In defiance of the times, the last few years have witnessed an animation boom in Manchester, and the momentum was palpable at MAF. Its state-of-the-art venue, the HOME cultural centre, was buzzing all over – not least in the bar, where budding animators played me their showreels on smartphones over pints of bitter. On this evidence, the festival will expand again next year. Here’s hoping it keeps its sense of fun.

2. All the world in London 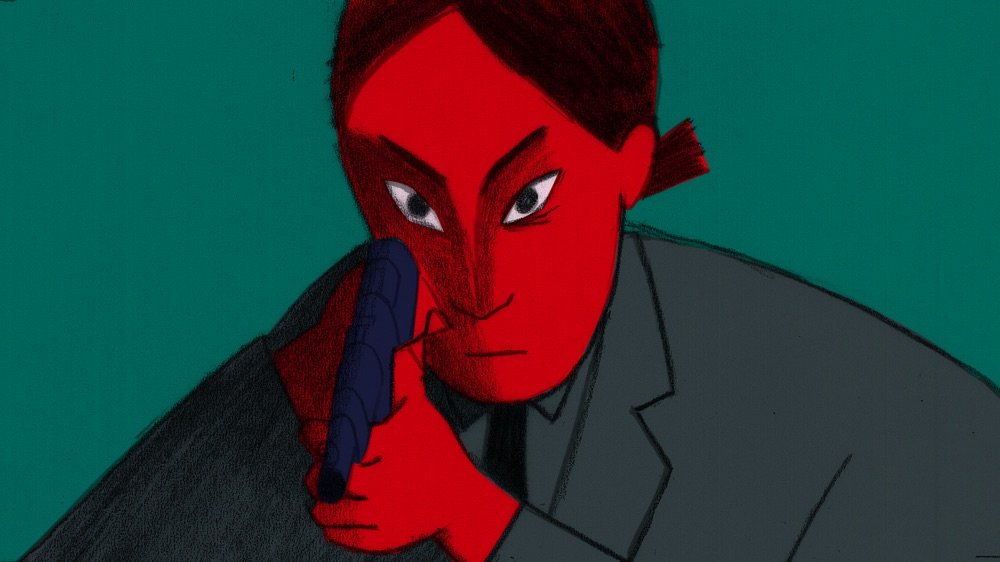 Tough, Jennifer Zheng’s graduation film about her mother’s experience of the Cultural Revolution

Given a decade, will MAF look something like the London International Animation Festival? The country’s oldest animation fest is a grand, sprawling affair: hundreds of shorts, culled from a whopping 2,400 submissions, play across ten days – mostly evenings – in the Barbican’s concrete bowels. Sheer coverage of the international scene takes precedence over industry events. This arrangement doesn’t allow for the chummy vibes of MAF, but it indulges eclectic tastes. In brief, the festival is a reflection of its host city.

Of the seven programmes I saw, two stood out. The first was Beyond Anime, a spotlight on recent indie animation from Japan. As the name suggests, the films were a corrective to the assumption that Japanese animation is all big eyes and fantasy critters. Stylistically, they varied from the muted pencil shades of Eri Okazaki’s Feed to the lysergic shape-and-shade bricolage of festival darling Mizue Mirai and the primary-coloured erotica of Kabuki Sawako’s Don’t Tell Mom (which has to be seen to be believed).

If anything unified this diverse collection, it was an emphasis on aesthetic experiment, especially with colour, over narrative – barely a word of dialogue was spoken. But variety was the point. The programme was a tribute to the growing diversity of Japan’s independent scene, even if it was dominated by alumni from two schools: Tama University and Tokyo University of the Arts. (The latter course is taught by Yamamura Kôji, whose Parade – an affectionate tribute to French composer Erik Satie and his Dadaist comrades – screened elsewhere at the festival.)

The second highlight was Celebrating Women in Animation, a pick of the festival’s female-produced crop. This was more than simple tokenism: like MAF’s Women in Animation roundtable, it addressed a longstanding concern that women are under-represented in both animated films and the industry itself (which is only 20 per cent female, according to recent stats). Curated by pressure group Animated Women UK, the programme was strong on social themes, from anxiety to sexuality to emigration – but it certainly wasn’t arguing for female animation as a genre. Rather, it fêted a body of work every bit as creative and wide-ranging as that of male animators. Which pushes the question: why are women so outnumbered?

The trailer for Jennifer Zheng’s Tough

The centrepiece was Celine Devaux’s Sunday Lunch [watch it above], an award-studded observational comedy about an awkward family reunion, which warrants deeper coverage in the context of S&S’s best-of-year roundup. I was also impressed by Tough, Jennifer Zheng’s mature graduation film about her mother’s experience of the Cultural Revolution, and Elizabeth Hobbs’s ingenious G-AAAH [watch it below], which recreates aviator Amy Johnson’s historic long-distance flight by means of a humble typewriter.

Eileen O’Meara’s Panic Attack!, a humorous depiction of an anxious woman’s runaway thoughts, drew a big reaction from the packed auditorium. This film exemplifies a trend that I noticed this year: festival programmes were studded with thoughtful shorts about mental illness, many of which incorporated interviews with real-life sufferers. Bristol’s Encounters screened Mosaic Films’ special series on post-natal depression (also available online). Some of these films stand among the year’s most lauded. Almost all are directed and/or narrated by women.

Related to Toons in the air: highlights of 2016’s Manchester and London animation festivals