This collaboration between veteran animator Bill Plympton and underground cartoonist Jim Lujan is a heady mix of irreverence, grotesque comedy and crude characters. 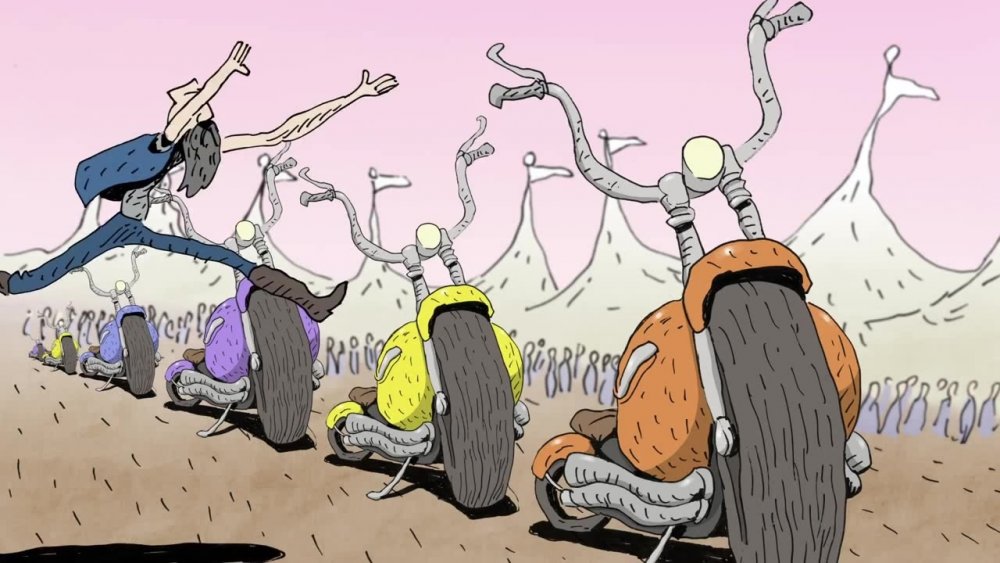 Earlier this December the London International Animation Festival, now in its 13th year, presented a secret feature that turned out to be the new film by veteran American animator and LIAF regular Bill Plympton. Revengeance is the 70-year-old Plympton’s eighth hand-drawn feature and the first one he has created in collaboration with another artist, Los Angeles underground cartoonist, writer and animator Jim Lujan.

The partnership came about after Lujan gave DVDs of his animated shorts to Plympton at the San Diego Comic Con. The discs remained unplayed, along with the many other discs from young animators that Plympton regularly receives, until a rainy day when he found himself with nothing to do and decided to check them out. Blown away by Lujan’s talent, Plympton called him to propose a collaboration, and the Revengeance project was born.

A madcap romp through a 1970s Los Angeles underbelly of bikers, wrestlers, strippers, cult members, bounty hunters and corrupt politicians, Revengeance was scripted and designed by Lujan, and directed and animated by Plympton. After a fire ravages the den of the Inland Emperors biker gang, their former leader and ex-wrestler turned Senator DeathFace calls on bounty hunters to find fugitive teen Lana, suspected of causing the arson attack and taking something that belongs to him. 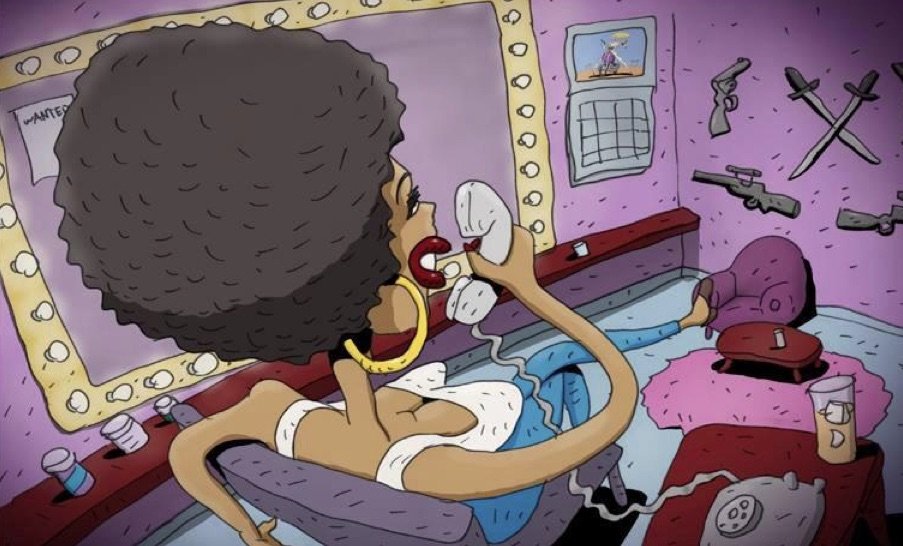 Among the bounty hunters is one of Lujan’s favourite pre-existing characters, Rod Rosse the One Man Posse, a diminutive, balding private eye whose partner is his ballsy, cat-loving mother. The motley group of mercenary investigators, which also includes the Blaxploitation-styled Odell Braxton and the devious truck-driving troll Ace of Spades, is sent off on Lana’s trail with the whole reward promised to the first who brings her back. As Rosse tries to fend off his unscrupulous rivals, the terrifying bikers and a trigger-happy armed religious cult, the secrets held by the fearsome, bow-wielding Lana gradually come to light.

Set in the Inland Empire area east of Los Angeles, the delirious multi-stranded plot ties up at the end in an explosion of anarchic, satirical insanity that recalls 1960s-70s underground comics. Lujan and Plympton are both masters of sleazy irreverence and their mordant, scatological-inflected humour is bracingly amped up in their collaboration. Together, they have produced an unbridled, caustic, grotesquely comic vision of America that feels particularly timely.

Stylistically, the partnership is equally successful: Lujan’s vigorously crude designs, crazy characters and fast-moving, convoluted plot are enhanced by Plympton’s visual inventiveness and distorted, dream-like spatial perspective. Lujan’s overflowing imagination is channelled through Plympton’s more stripped-down approach, although Lujan’s rapid-fire wit means that the film relies more on dialogue and less on the visual poetry for which Plympton is known. 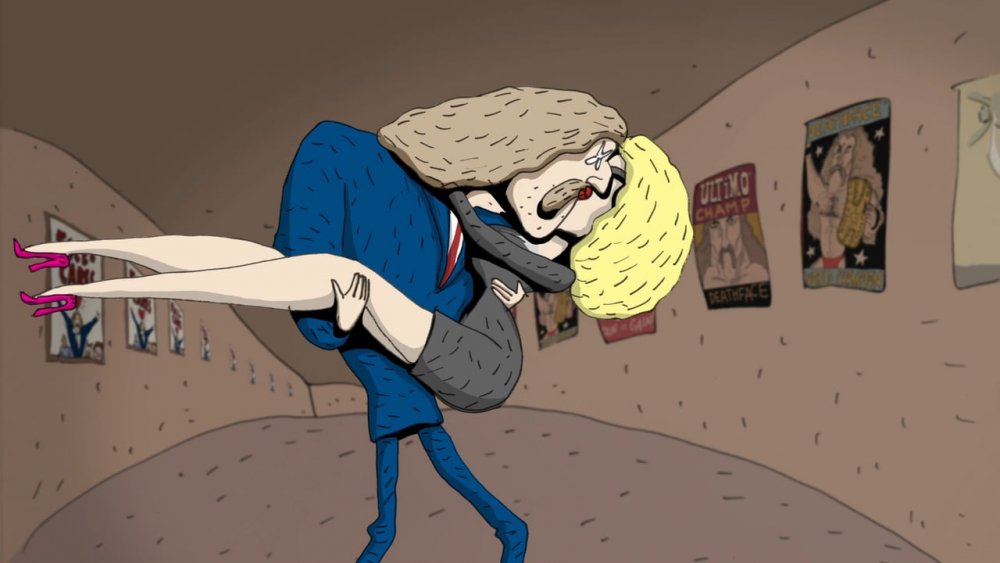 Lujan’s frenzied creativity stretches to voices and music too: he provides the brilliantly pitched and accented voices for no fewer than nine characters in the film, including Rod Rosse, Deathface, Rosse’s mother and Deathface’s tough secretary and ex-wrestler Miss Candy, vividly bringing each character to life. In addition, Lujan composed the ominously funky soundtrack, as he did for Sanjourno Must Die, his animated series about a Eurodisco DJ embroiled in the criminal underworld (his previous work also includes the musical animation Kounterclockwise in Forever-Land, made in collaboration with the eponymous Bronx-based ‘punk-hop’ duo).

Surprisingly perhaps, considering the acclaim Plympton’s work has received, Revengeance was funded through Kickstarter, just like his previous feature, the fractious marital comedy Cheatin’. This, as Plympton has explained, was in order to remain free of producers’ interference. Born of this spunkily independent spirit, Revengeance is a wild gust of iconoclastic fun.