Set at a poetry festival in Iran, Window Horses, the new feature from mixed heritage Canadian animator Ann Marie Fleming, is a timely celebration of diaspora and cultural exchange. She talks about experiences of exile and adaptation and the importance of conversations across generations and borders. 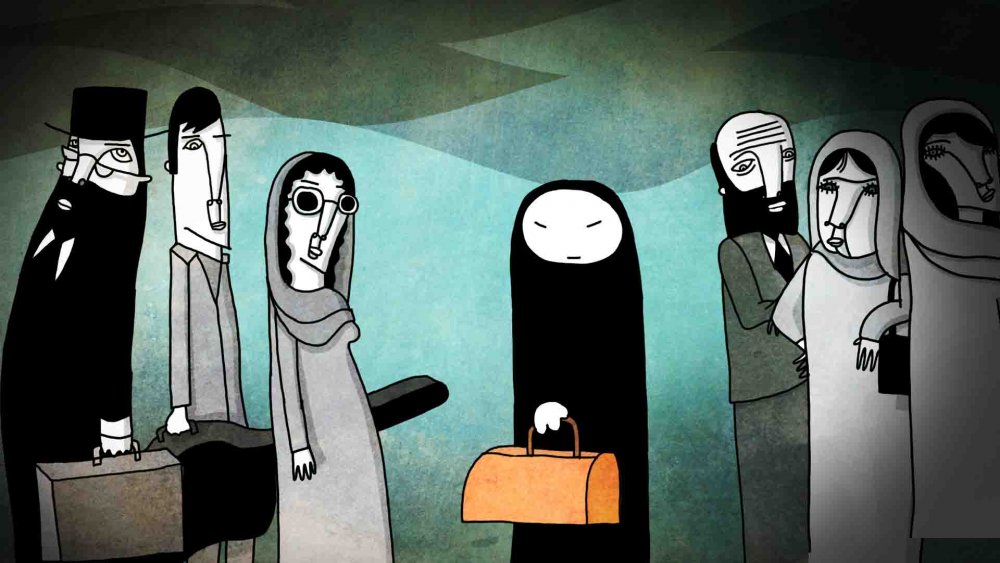 Window Horses, the poignant and timely new feature from Canadian filmmaker Ann Marie Fleming, tells the story of Rosie Ming, a naïve young woman of mixed descent who travels abroad for the first time, to a poetry festival in Iran. Through this initially awkward experience, Rosie discovers the world, her family and herself. Window Horses is a touching tale that traces the pain, confusion and wonder of multiculturalism, immigration, cultural stereotypes and identity.

Window Horses screens as part of the London International Animation Festival on 11 December at the Barbican, London.

The acclaimed feature is not the Asian-Canadian artist’s first feature, let alone her first animation film, yet she’s still a relative stranger in the indie animation community largely because she’s roamed freely between writing, live action, experimental, documentary and animation.

A restless, frantic sort, Fleming has been making films since the 1980s. A graduate of Vancouver’s Emily Carr Institute of Art and Design, Fleming’s films (eg New Shoes, You Take Care Now, AMF’s Tiresias, The Magical Life of Long Tack Sam) have frequently dealt with issues of family and identity, along with an array of difficult social issues (rape, domestic abuse, the Holocaust).

What makes Fleming’s body of work unique, aside from her refusal to be categorised, is her ability to address brutally difficult subjects while somehow maintaining a modicum of humour. Her films rarely suffocate from bleakness. Given the overbearing dreariness of many contemporary animation shorts, animators would do well to take notes from Fleming. 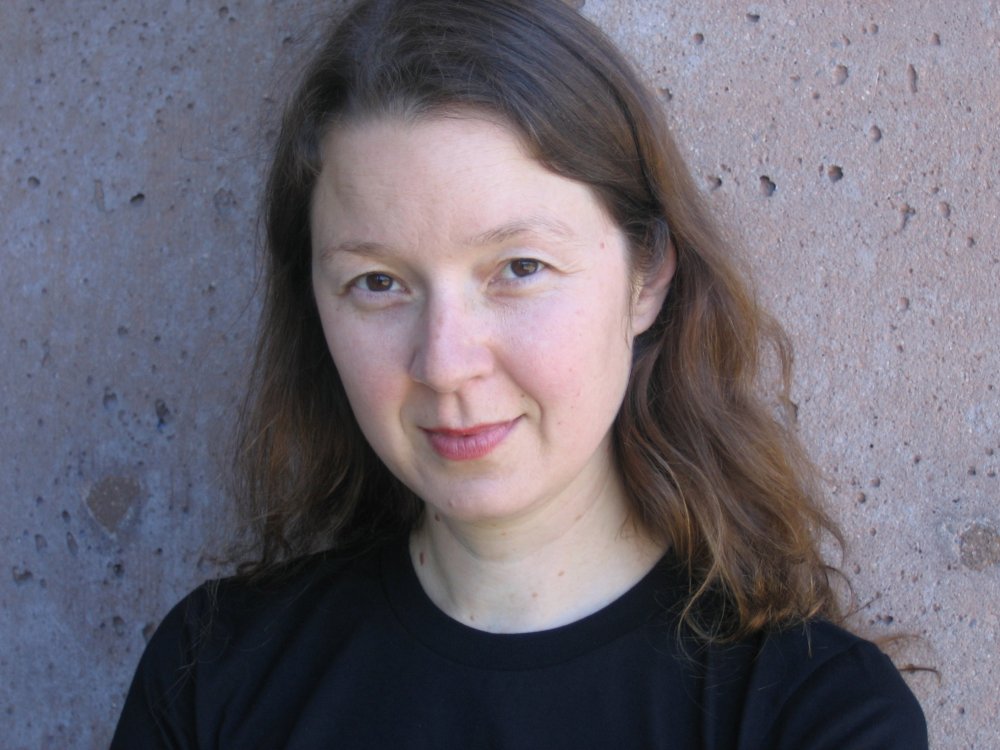 You’re of mixed heritage and your previous feature (The Magical Life of Long Tack Sam) also dealt with multicultural issues. Was Window Horses also taken from your own experiences?

I’m Chinese on my mother’s side, Australian on my father’s side, born in Japan with a Korean birth certificate and a Canadian citizen. That hybridity definitely informs my work and my curiosity about other people’s invisible histories and the world in general. All my work comes from my own experiences, in some way – my own stories, stories of the people I’ve met, things I’ve seen, where I’ve been.

Can you talk about the genesis of Window Horses?

The idea for Window Horses actually started about 20 years ago, when I was in an artists’ residency in Stuttgart, staying with poets and writers, mainly, and listening to their stories of diaspora – particularly after the Second World War – and how the generations in families often didn’t pass on their stories. I took a close friend of mine’s difficult relationship with his father as a starting point. I was also struggling to live outside of my own culture and language and became fascinated with the idea of translation and adaptation. So the story was originally a Canadian/German one, because that’s where I was.

How did the final script/version of Window Horses compare to the first version?

Of course, there were many revisions from the first version of this script… but once Stickgirl became the central character, it is surprisingly close to the original. I had to lose a lot of details along the way to keep it all moving along. I love the side roads, so to speak. 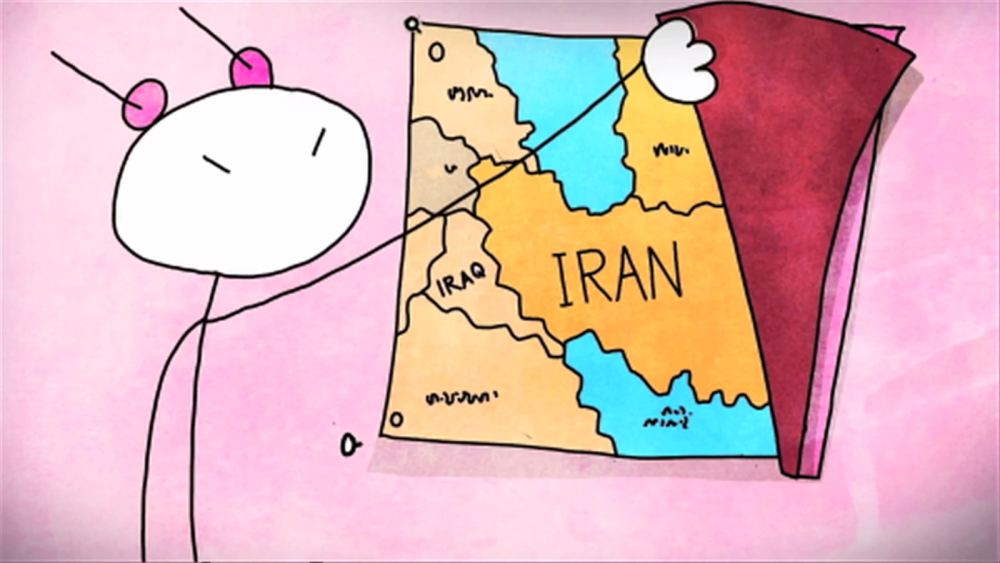 Why Iran? Why a poetry festival?

I was also introduced to the poetry of Rumi while in Germany, and Iranian cinema oddly, but this film did not take place in Iran until I returned to Vancouver many years later and became aware of the stories of the Iranian diaspora. (There is a very large Persian community in Vancouver.)

Again, a close personal relationship was a trigger. I moved the story to Iran. The main character, Rosie Ming, is a half Iranian and half Chinese Canadian Stickgirl.

Iran and China are both ancient cultures where the poetry of a millennia ago is still very much alive. Human beings are talking to each other across history in a constantly evolving conversation. I find that idea very powerful. It connects us not just across cultures but across time.

Did you ever travel to Iran? Has Window Horses been shown there?

No, I have never been to Iran… except in my imagination. People in Iran are aware of it, and the plan is to have it distributed there, but we’ll have to see if it happens. I did my best to create something that could be shown there, and I hope one day it will be.

Yes, the poetry festival is perhaps the most autobiographical part of the film. It really stands in for the film festivals I’ve travelled and presented my works in.

International festivals are these beautiful oases where people of all different backgrounds and languages and cultures get together to talk about art, our different experiences and viewpoints and about how we get along in the world. It’s a great honour and an immensely confusing experience – in a good way… You always learn something that shakes up your world view, if you are open to it. 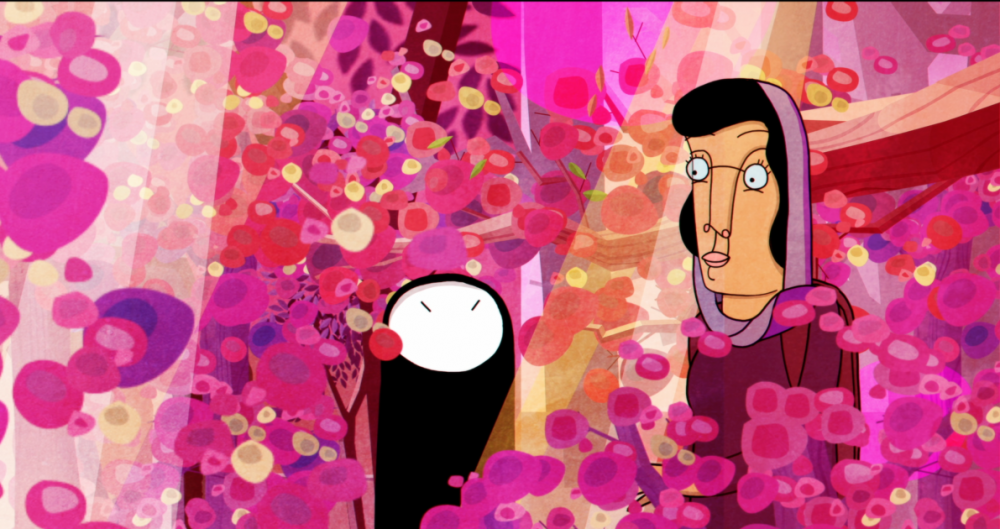 Was this always planned as a feature? Did you seek out producers before deciding on the crowdfunding route?

This was always supposed to be a feature. When I moved it to Iran, it was animation that made it possible. I first envisioned it as a very low-budget film and applied to arts councils for funding, but was rejected. Then I applied to Telefilm Canada [Canadian government film funding organisation] for development funding on my own. I got executive producers on board to try to push the project forward but prospects of production funding weren’t encouraging, especially after the turmoil surrounding the 2009 elections in Iran.

So I took my storyboard and created a graphic novel, thinking I could get attention for the project that way. But I couldn’t find publisher interest. I started to try and build up the story world of Window Horses and Stickgirl though different social media sites – Facebook, Tumblr, Twitter, a website, an iPhone app, and finally decided to try crowdfunding and went with Indiegogo because they offered a lot of support.

When did Sandra Oh become part of the project, and how involved was she in the story? Was she more a supportive cheerleader or was she active in giving story/character feedback as well?

I called up Sandra – she’s an old friend – to ask if she would be the voice of Rosie Ming. She loved the story so much she wanted to become more involved and was the spokesperson for our campaign, basically, and ultimately became an executive producer. Because of her we were able to attract a lot of fantastic actors who would normally never see this script. Because she had just come off of Grey’s Anatomy, and there was such a curiosity as to what she was working on now, Sandra got to speak to press all over the world about our quiet themes of diversity, inclusivity, girl power and peace through poetry. It was amazing.

Stickgirl in Gluttony, for a 2011 series on the seven deadly sins

The main character is, as you’ve deemed her, ‘Stickgirl’. This is not her first appearance in your work. Where did she come from?

When I was in my second year of animation at art school I was hit and run over by a couple of cars and was pretty badly injured. I was in a wheelchair for a while and didn’t have much energy – a general run-down feeling, you might say. But I so wanted to continue my studies and to make art, so I sat down, one hour a day, and drew my life story, with Stickgirl, who represented all the strength I had in my body at the time.

I think that the simplest gestures most clearly show the personality of the artist. We’ve been together for almost 30 years now, and have made many short films, webisodes and an iPhone app. We’ve been in doc films, illustrated philosophical texts. Window Horses is her first feature role, her first time with a name, the first time she is half Persian and the first time she is voiced by someone other than me… Sandra Oh! She is the kinder, gentler, braver version of myself.

How did [Canadian illustrator and animator] Kevin Langdale become involved, and what influenced the design of the film?

Kevin and I have collaborated on many different projects over the years and originally, it was just going to be me and him – me animating Rosie and him animating just about everything else. That’s why the design starts so simply.

The idea was to have a continuous line-drawing in a negative space that got more complex visually as Rosie’s world expands. I was influenced, initially, by the animator Paul Fierlinger’s simple, continuous line work (and his obsession with dogs, and what that represents) – or my mutated memory of it – when I started thinking of how to make it. I was also inspired by the Japanese prints of the Edo period that are on display at the Los Angeles County Museum of Art that, like Persian miniatures, borrow so much from the style of China’s Tang Dynasty. I wanted to reference not just the style but also a time when cultures borrowed and blended and spoke to each other. One of our early experiments was working with a 3D wireframe model. You can see the vestiges of it in the characters’ noses.

I always envisioned other artists coming on to represent the different poems and historical sections. This film is from Rosie’s point of view and the styles represent her growth and change, but also they show us the power of the artistic process, and the endless possibilities there are to express an idea.

Given the state of the world right now and the apparent tendency towards a sort of rightwing nationalism, this is an especially timely film. It also really captures the often unspoken or undervalued nature of international festivals as fantastic places for bringing together people with shared interests from different cultural backgrounds. I think the value of festivals – even with everything being online these days – as an important social and cultural exchange between people of different countries, values, beliefs are hopeful and essential. People still need people.

Yes! Absolutely! That’s why I made the film. And it’s all about festivals… film festivals… sharing ideas/values/cultures!

Has the success of Window Horses made it a bit easier to find support now? Do you have any new projects in the works now?

Time will tell. I certainly hope so. I hope I won’t have to scratch and scrape the way I have been. I have several projects I want to pursue. We’ll see what sort of support I can get.

The big project is Shanghai Follies, a fictional tale about my great grandfather who was a world-famous travelling Chinese vaudevillian acrobat and magician and comic who fell in love with his Austrian wife, Poldi, in 1908, and toured the world with his mixed race children and an amazingly diverse troupe.

I’ve also got under my sleeve a couple of slightly less ambitious scripts… I only mean that financially. They are all morality tales of some sort. It’s a questioning time in the world.

Watch the trailer for Window Horses