Toons by women at Encounters 2015

Female animators weren’t on the wane at this year’s Encounters Short Film and Animation Festival. Here are a handful of the standouts. 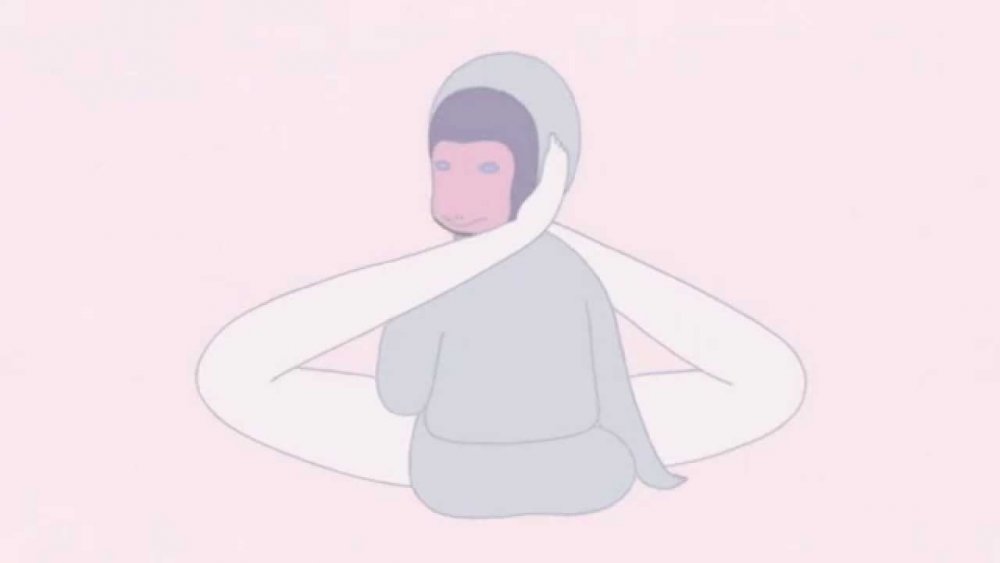 Yoriko Mizushiri’s Maku, which won an Honourable Mention from the animation jury

In Sight & Sound’s special ‘Female Gaze’ October issue, Ruth Lingford argued that women are a diminishing force in animation. She suggests a handful of causes: rampant sexism, the rise of computer technology and a male geek culture and – more locally – the resignation of Clare Kitson as Channel 4’s animation commissioner. There’s truth in her observation and her reasons make sense, but it was a shame to see, in an issue dedicated to women filmmakers, slender further space afforded to female animators, who as Lingford writes have historically been rich on the ground.

Though male names indeed predominated at Encounters, where I sat on this year’s animation jury, women were behind some of the most interesting and accomplished films at the festival, including three of the seven prizewinners and the runner-up for the Grand Prix (see below). Admittedly, many female (and male) animators on the programme were students, and so insulated from the pressures of the industry. But they displayed enough creativity and burgeoning talent to give the lie to the idea that animation is a man’s game – or that it is doomed to become one. I already wrote about Nina Gantz’s marvellous Edmond in my coverage of the Short Film Competition at this year London Film Festival; here are four more well worth seeking out.

Legs, chopsticks, bananas, sushi, a floating eyeball and what appears to be a boy wearing hooded pyjamas and a monkey mask: the film’s ingredients are mystifying, but the mix is intoxicating. Maku [► trailer], the fourth short by Tokyo-based animator Yoriko Mizushiri, which won an Honourable Mention from the Animated Grand Prix jury, is in the same experimental vein as her first three. There’s no story as such – instead, we watch the aforementioned objects glide and collide at varying speeds and in different combinations. Plenty of films at the festival dazzled the eyes, but this one goes straight for your sense of touch: with its delicate line work, palette of faded colours and dreamy ambient soundtrack, it somehow conveys weightlessness and a deeply sensual tactility at once. Only the most erudite viewers will pick up on the references to Utsubozaru, a canonical play from the Japanese kyōgen school of comic theatre. But the seductive rhythm of the animation will appeal to all.

One hundred films into a festival programme, two more cardinal sins of animation become apparent: lax editing and redundant scenes – in short, anything that unnecessarily prolongs the running time. Given that, for better or worse, festivals are still where animated shorts get the greatest exposure to industry people, a film that breaks up the rhythm of a programme or keeps things succinct will stand out.

Exhibit A: Conformity Juice, a delightful curio by British animation student Fisher, which played as part of DepicT!’s 90-second film competition and won a Special Mention. A group of cup-headed humanoids line up to let a tap fill their bodies with a mysterious blue juice, but one holds back. The image of an individual in a conformist society is universal; the metaphor simple and arresting; the style – crude line drawings, discordant music, offbeat timing – idiosyncratic, as befits the theme. You might expect a film about juice to be refreshing, but not in this way.

As I suggested above, loneliness and death are favourite themes for animators, and notably students. All too often the filmmakers seem to be motivated by a desire to impress with weighty subject matter, rather than to express actual personal experience, and they end up dispensing with proper characterisation. 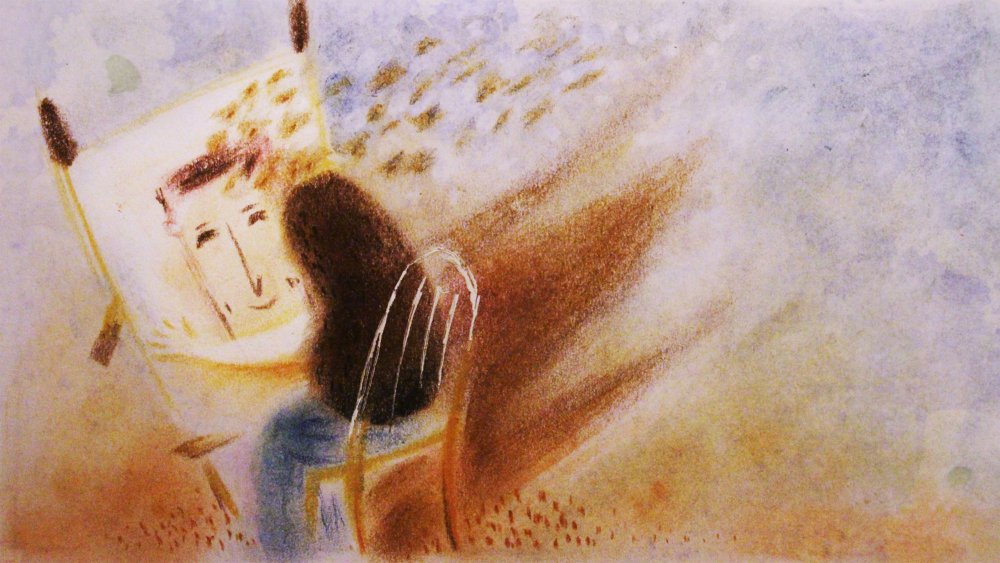 My Seashell Memory [► trailer], a graduation film by UK-based Chinese animator Yanlai Chen, is a lovely exception. There’s autobiography in the plot, which relates a girl’s efforts to pay tribute to late father by painting his portrait; as we drift through her childhood memories, recurring motifs – a seashell, an orchid – anchor us in her love for him. Like the shell’s vortex pattern, the camera swirls around the soft pencil and watercolour drawings as they morph seamlessly from scene to scene in an effect that recalls Frédérick Back. It’s twee and a bit old-fashioned, but My Seashell Memory is also one of the most heartfelt and technically accomplished student films I’ve seen in a while. 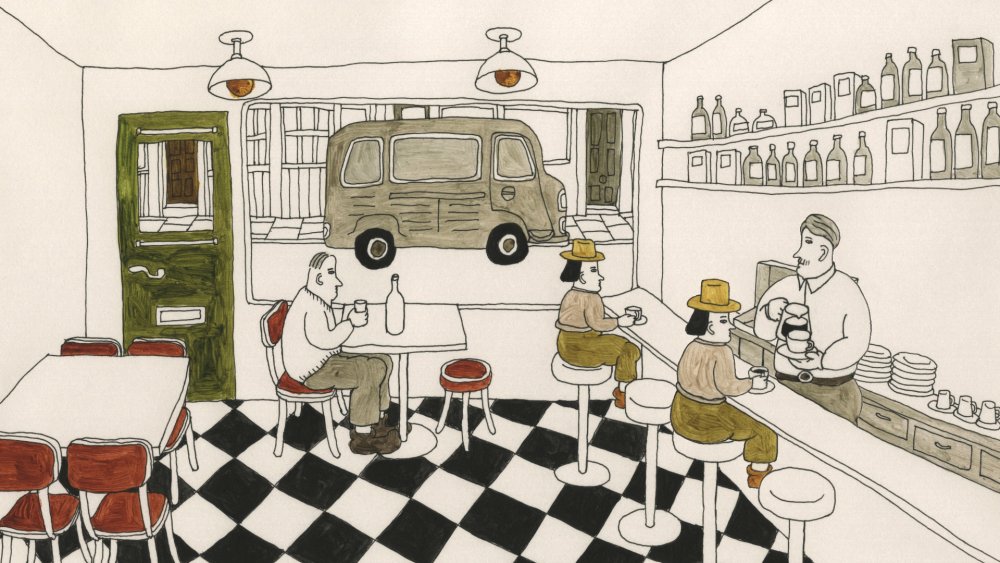 It’s little wonder that Small People with Hats [► trailer] divided the Encounters crowd. This is a film that is at once absorbing and alienating, hilarious and horrendous. The plot – something about a society in which hat-wearing dwarves are routinely assassinated by a shady law enforcement agency – will take more than a few viewings to nail down; the original style and brilliant comic timing (this was the best-edited film at the festival) will be evident from the first ten seconds. Depending on what you look for in cinema, Japanese animator Sarina Nihei’s Royal College of Art graduation film will infuriate or fascinate you, though festival juries across the world have tended toward the latter camp: Small People with Hats has hoovered up awards and honourable mentions since its premiere last year. Now that she’s back in Tokyo, it will be interesting to see how Nihei integrates into the Japanese indie anime scene.

In the late 80s female animators were shaping the future of the form – but since then women’s voices have faded from the industry. By Ruth Lingford.