A look at the crop in this year’s touring showcase of the shortlisted shorts (animated and live-action) nominated for a BAFTA award.

The success of a good short film programme comes down to the quality of the programme’s curation as much as it does to the films themselves. Like the music in a DJ set, the individual shorts should complement each other and create an ebb and flow of ideas and emotions. This is what can make award collections such as the BAFTA Shorts Tour, where the available selections are dictated by the nominations shortlist, an awkward prospect.

BAFTA’s 2016 Shorts Tour begins on 26 February at the ICA London and continues nationwide.

BAFTA’s 2016 collection is, as ever, a diverse selection that ranges from portrait documentary to eccentric puppet animation with little coherent theme or idea across the board. But while it makes for a disjointed overall experience, there are still many individual gems to discover.

The programme opens with Edmond, the winner in this year’s BAFTA short animation category. Nina Gantz’s film – produced under the auspices of the National Film and Television School [and already multiply praised in these pages in reports from Encounters, London and the best of the year; it also won the British Independent Film Awards’ Best Short Film] – is a melancholic and surreal piece about a lonely man looking back on the moments of his life that have shaped him.

Gantz’s animation style exudes a childlike innocence and naivety as the title character deals with the complexities of desire and social interaction. Moments of pointed humour – such as Edmond’s mother stuffing a birthday cake through the letterbox as he’s too afraid to open the door – contrast with the grotesque and dreamlike as Edmond’s life is reduced to a series of embarrassing recollections and revelations. With washed-out colours and a sense of isolation throughout, the film is both visually and tonally dark. Yet there’s also a humanity and tenderness on offer here that makes the film a rich and satisfying experience.

Billy Lumby’s live-action short Samuel 6-13 boasts that it’s the “…first fictional film made with the UK’s Hasidic population”. It certainly strives hard to create a sense of authenticity (at least in its early stages) in its tale of a young man rejecting his orthodox values and trying to strike out on his own. Snatches of footage appearing to be shot on old film cameras enhance not only the documentary feel inherent in the film but also the clash between the old and the new that is at the heart of the film.

As the film goes on it becomes more surreal and allegorical as Samuel finds himself as much of an outsider in his new life as he did in his old one. While the story itself doesn’t find any new twist on the clash-of-generations trope, the film has moments done with such verve and energy that it remains an often engrossing affair. This is chiefly thanks to the lead performance of Theo Barklem-Biggs, who fizzles with youthful anger, desire and excitement. Moments in which he joyously noshes on bacon sandwiches – and then flings rashers around the room – are done with a tangible intensity and enthusiasm that carry the film along: 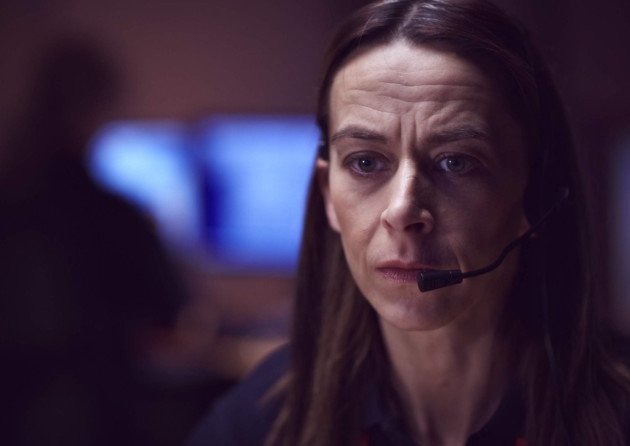 Much more subdued – though no less intense – is Caroline Bartleet’s Operator, the BAFTAs’ live-action-short winner. It’s a deceptively simple film which, of all the films here, makes perhaps best use of the short form. An Emergency Services Operator receives a call from a woman trapped in a burning house, with her young son upstairs, and must guide the panic-stricken woman to safety as they wait for the fire engines to arrive.

At a lean six minutes, this is a film chiefly based on dialogue as the camera tightly focuses on the operator – a remarkable performance by Katie Dickie, displaying a subtle blend of stoicism and fear. Something of paean to the difficulties of working in such a job, the film has shades of Mat Kirkby’s 2015 Oscar-winning UK short The Phone Call in its depiction of a dramatic situation told from mostly one perspective. 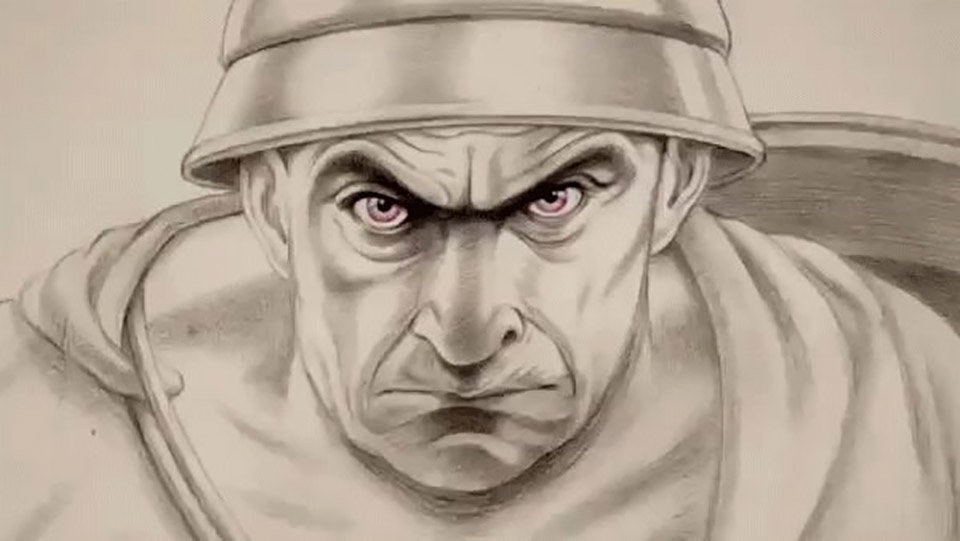 The great Richard Williams, now close to his seventh decade as a working animator, brings a classical style to his short Prologue. Opening with an artist sharpening his pencils and starting to sketch – hey, look! No CGI! – the film segues into an ancient battle between four opponents, the brutality of which provides a dark juxtaposition with the majestic and beautiful drawings. While the tonal contrasts within the film don’t always work – the carnage and bloodshed of the battle feels a little too extreme – Prologue is an extraordinary technical achievement. 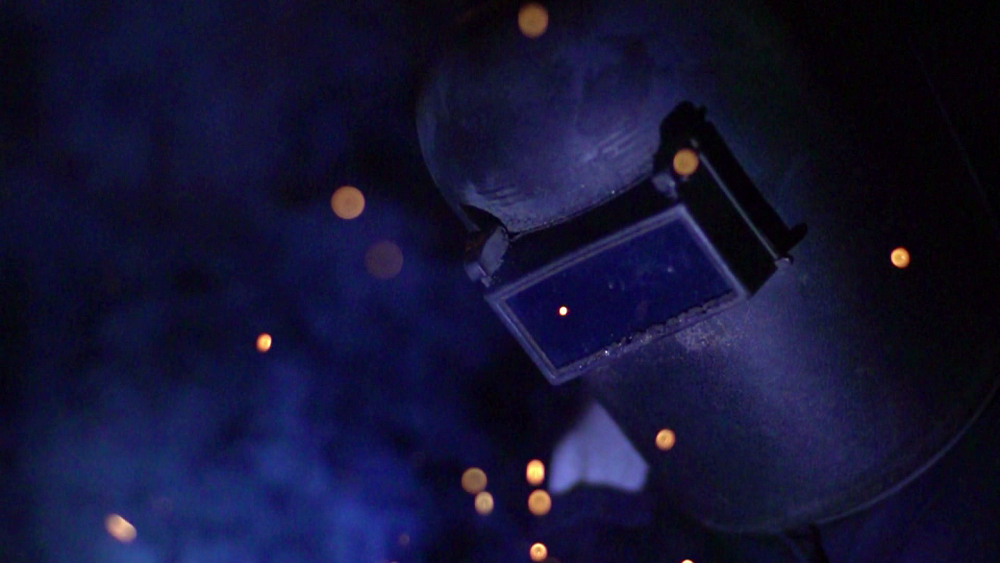 Callum Rice’s documentary Mining Poems or Odes relates the working life of Robert, an ex-Govan shipyard welder who talks about how his working life honed his desire to be a poet. Robert is an engaging presence with a fierce intelligence and reverence for his former life on the docks, and the film too finds poetry in slow-motion shots of welding and sparks flying, and workers sharing the likes of The Ragged-Trousered Philanthropist and Das Kapital, as Robert describes being behind a welder’s mask as “the perfect thinking laboratory”. 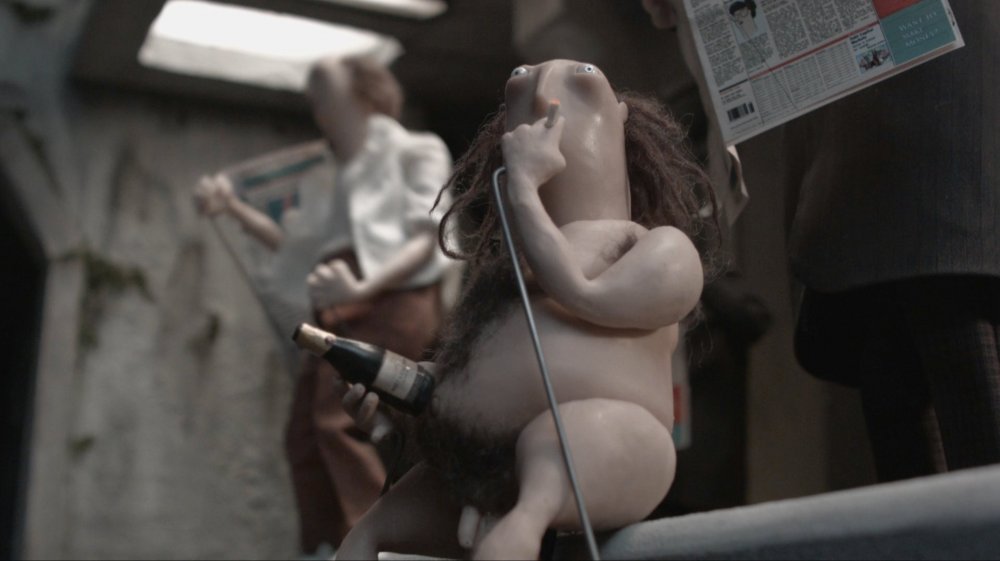 Simon Cartwright’s puppet animation Manoman, like Edmond a product of the NFTS, is something like what would happen if the Brothers Quay turned feral. A man attends a ‘primal therapy’ session but can’t summon the screams – but his internal rage is soon externalised as a hedonistic, criminal mini-id. As they race around town, the film gleefully revels in breakneck excess and satirical provocation while, by drawing attention to its form (the rods controlling the puppets are all clearly visible), offers a commentary on self-control. 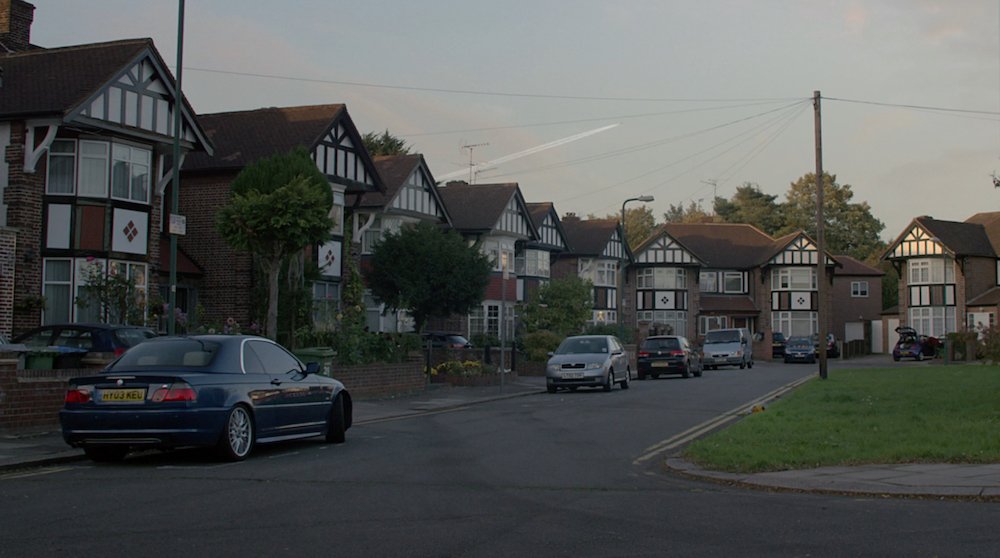 The selection ends with Jörn Threlfall’s Over, another graduate of festival showcases and awards ceremonies at Encounters and London. [See our live-action Encounters report here.] It begins with the aftermath of a crime scene and, in a series of measured, static shots, slowly works backwards in time to unpick what happened, playing with our expectations and the clichés of British social realism as it goes. Timely and ultimately confrontational, Over’s power lies in a clever structure and quiet tension and it is perhaps one of the most accomplished films in the selection.

It’s a shame that, due to rights issues, Nick Helm’s live-action comedy Elephant couldn’t be included in this generally rather dark programme to add some light relief, but you can watch it on the BBC iPlayer.