Time for prizes and wonder. Who will Jane Campion’s jury beckon up the red carpet? 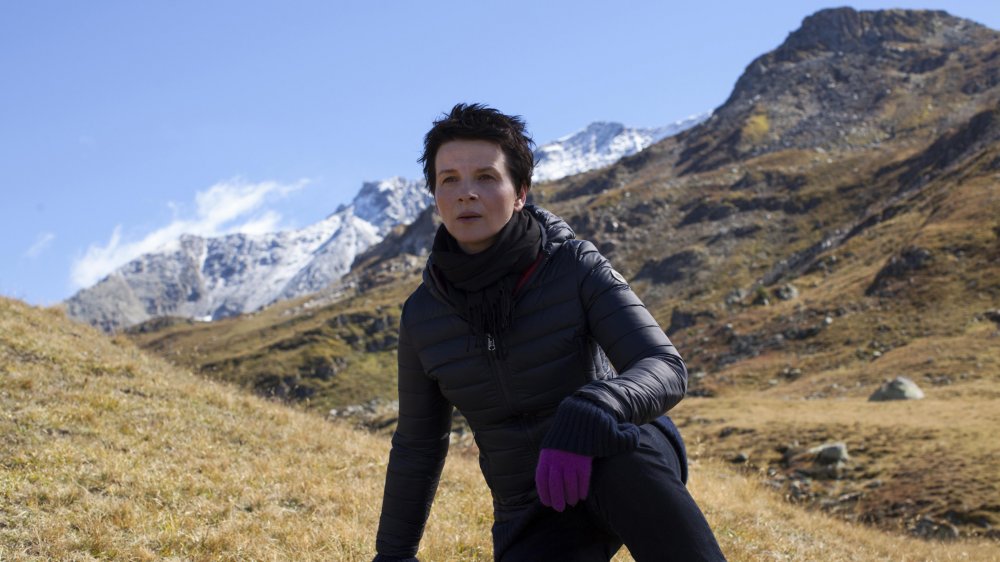 Juliette Binoche in Olivier Assayas’s Clouds of Sils Marie. Will there be a surprise tonight?

Stuck in the middle of a crowd of stargazers, looking up to the mammoth Transformers 4 and Mockingjay advertisements adorning hotel facades on the Croisette, it’s all too easy to recall Luis Buñuel as a juror back in 1954 flinging his dinner jacket into the sea in frustration at the closing ceremony – and harder to remember that this is the fabled event that catapults singular odysseys like Apichatpong’s 2010 Palme d’Or winner Uncle Boonmee Who Can Remember His Past Lives into cinemas across the world. Inside the theatres of the Grand Palais it’s a different matter: as credits roll and applause, cheers, boos and chatter fill the air, Cannes’ reputation as the bastion of cinematic lore and prophecy seems unassailable.

Apart from the films themselves, what provides the festival with much of its frisson and adrenaline is not the red carpet hoo-ha but the sheer number of conversations, both verbal and virtual, about a multitude of films that are happening every moment alongside the lavish seaside pageant. Is there any consensus out there about what will win the Palme d’Or on Saturday evening? Over the ten days of the festival, yesterday’s certainty is routinely replaced or challenged by today’s likely contender, but this year critical opinion about what will triumph seems particularly splintered.

Jane Campion and her jury have stated that they are avoiding any press reviews (surely they were tempted to dip into reactions to Godard’s 3D film essay?) but perhaps the best place to start is still where critics are mostly united – with those least favoured: Michel Hazanavicius’s remake of Fred Zinnemann’s 1948 wartime melodrama The Search, Naomi Kawase’s turgid teen drama Still the Water, Ken Loach’s homecoming Irish radical portrait Jimmy’s Hall – films that have found few champions, and failed to animate many mouths and minds, on the Croisette. 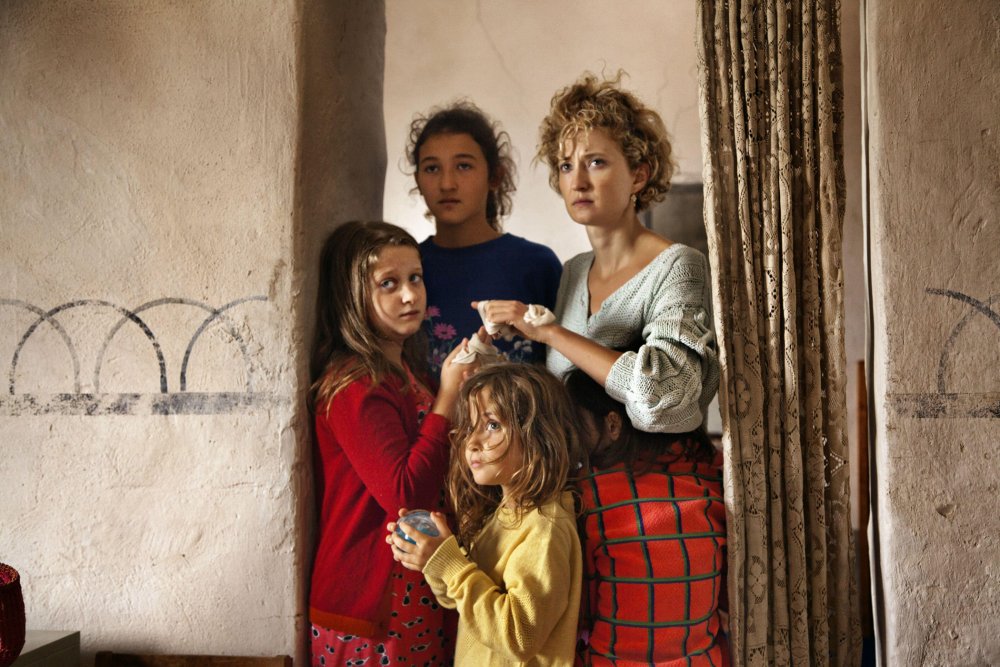 The rest of the competition films and their makers fall largely into four categories: previous Palme d’Or behemoths such as Mike Leigh and the Dardennes; their fellow arthouse giants and Cannes stalwarts who’ve never walked away with the prize (David Cronenberg, Nuri Bilge Ceylan, Olivier Assayas, Atom Egoyan, Abderrahmane Sissako and, despite six previous bids, Jean-Luc Godard); Hollywood crowd-pleasers like Bennett Miller and Tommy Lee Jones; and competition debutantes such as Xavier Dolan and Alice Rohrwacher.

Certainly there are headlines to be made: could Rohrwacher become the second woman (after Campion) to clinch the golden palm? Could Sissako become the third African, and first outside of Tunisia and Algeria, nations with rich cinema histories? Or will the Dardennes score a Palme d’Or hat trick? If you consider that Campion’s cinema is filled with strong, complex female protagonists and that this year’s jury comprises more women than men then the Rohrwacher, Dardennes, Sissako and Assayas are all possibilities.

But second-guessing how juries might vote in light of their president’s filmography has proved fruitless in the past (who would have matched Tarantino with Michael Moore’s Fahrenheit 9/11 in 2004?). And, Campion told me in an interview (for next month’s issue of Sight & Sound), her favourite previous Palme d’Or winner is a film with almost no women in it all: Francis Ford Coppola’s Apocalypse Now (1979). 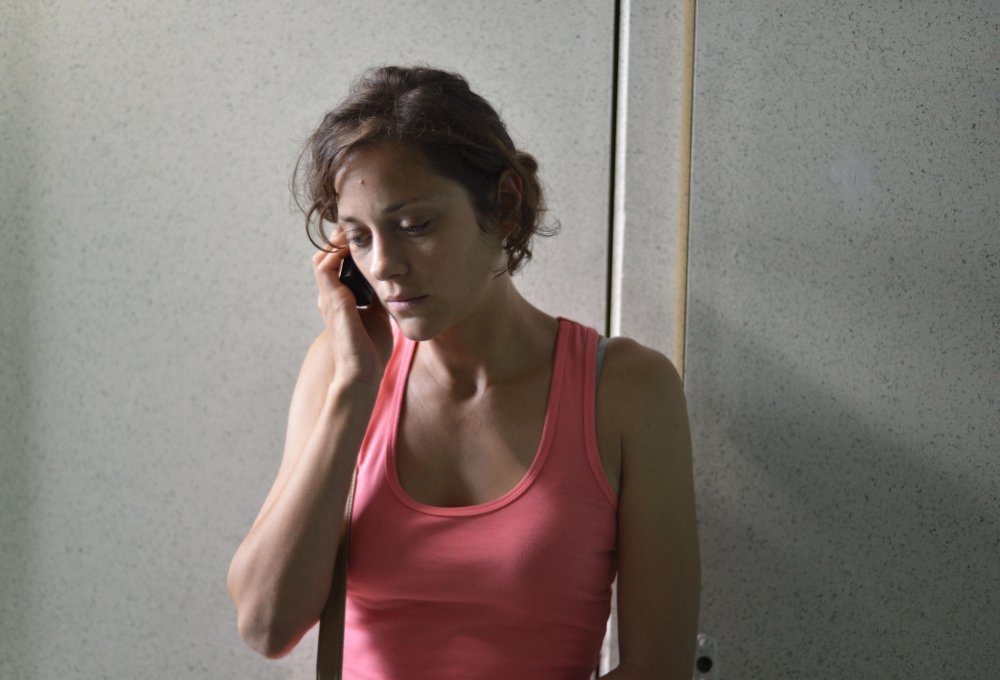 Marion Cotillard in the Dardenne brothers’ Two Days, One Night: a likely candidate for Best Actress

The films I hope rule the awards tonight, and become talking points around the world, are Sissako’s Timbuktu, the Dardennes’ Two Days, One Night and Godard’s philosophical palimpsest Adieu au language. The latter is the most inventive, cinema-bending Competition entry; Two Days, One Night a searing crusade of a film carried by Marion Cotillard’s subtle performance (she’s surely the frontrunner for the actress award); while in its sequence involving a football match without a ball, Sissako’s shape-shifting protest against fundamentalism provided one of the most magical spectacles of the festival.

Dolan’s Mommy is being talked up by many but is a long shot – Cannes rarely anointing filmmakers unless they have earned their Competition stripes (Antonioni being a prime example, taking the jury prize for L’Avventura (1960) and L’Eclisse (1962) before finally trumping with Blowup in 1966). Andrei Zvyagintsev’s Leviathan stands a better chance, while Leigh’s Mr. Turner and Ceylan’s Winter Sleep are the two safest bets.

But wouldn’t it be nice if the jury rewarded a more daring film? As ever, who knows. Uproar, hostility and controversy have not ruled over this year’s festival, or at least, not yet.