Canada’s maestro of dark chills heads to Hollywood to watch the stars fall out of their tree. 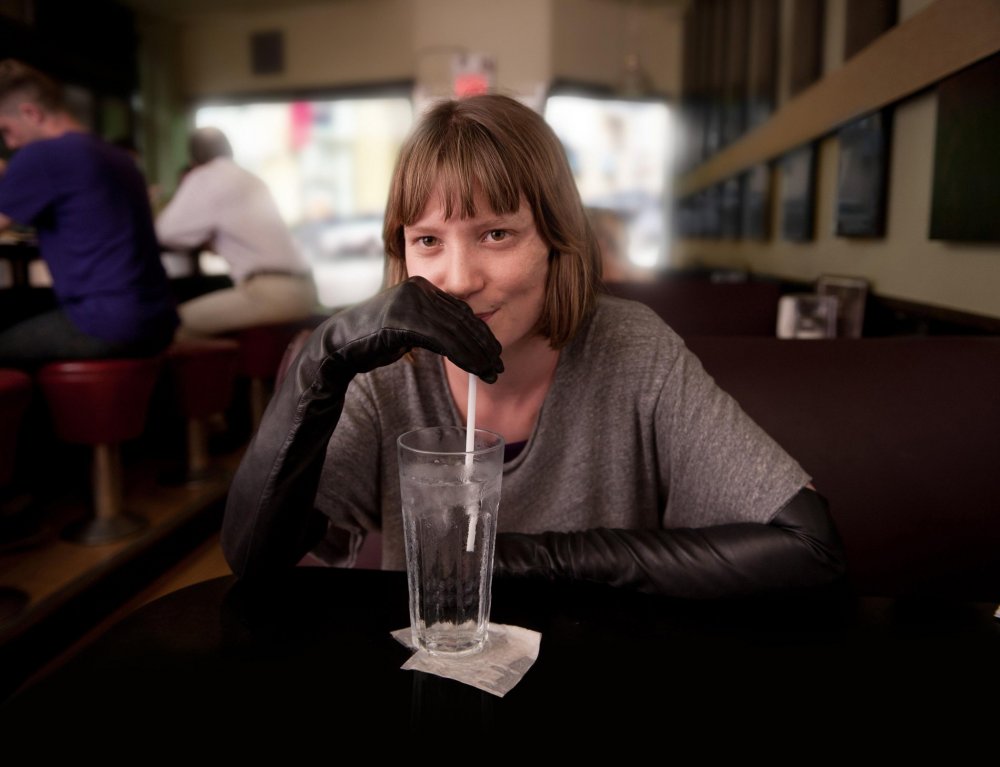 In 1932, down-on-her-luck actress Peg Entwistle climbed to the top of the H in the Hollywood sign (which in those day spelled out Hollywoodland in full) and ended her life by jumping off it. The day before, a letter had been posted by the Beverley Hills Playhouse offering her the lead in a production about an actress who commits suicide, but the letter did not arrive in time for the 24-year-old would-be star to read it. It is this species of dark Los Angeles irony that underlies much of the action in David Cronenberg’s Maps to the Stars, a contemporary satire which has just screened for press at the Cannes Film Festival.

It’s hard to think of a more deliciously appropriate place for this particular film to be unveiled than Cannes, playground to the rich and famous. (Ditto Cronenberg’s 2012 Competition entry Cosmopolis, although that was otherwise a very different beast.) As much as Cannes is about the Art, it is also about the money and the ego and the prestige.

Ego is of central concern to Cronenberg in Maps to the Stars: ego raging out of control, ego causing characters to believe themselves effectively immortal and invincible, ego facilitating a compassion bypass bordering on the psychotic. There is really no ego like a Hollywood ego. Sure, the world’s wealthiest businessmen and oligarchs have power and money, but nobody idolises them the way they do movie stars – rich but also famous – in their prime. And yet these gods are jealous gods; when their stars begin to wane, the fallout can be ugly. 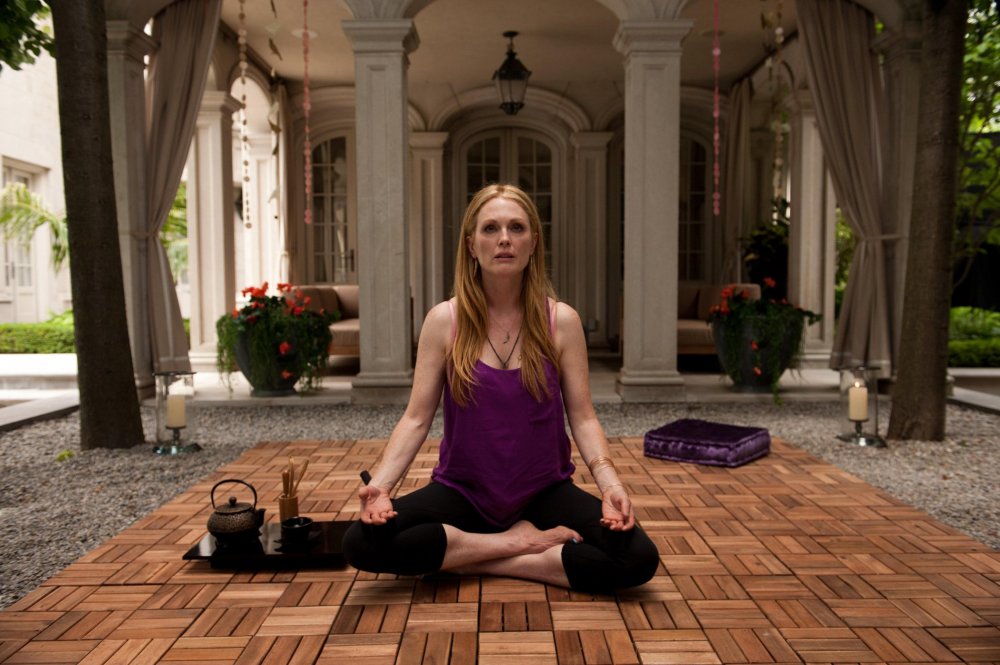 Such is the journey of Julianne Moore’s high-status but slightly fading actress Havana in Maps to the Stars. As the film opens, she is desperate to play the part that originally made her own actress mother Clarice famous, in a hot new remake. The more she senses her position in Hollywood’s hierarchy slipping the more vicious and insecure she becomes, and the more lurid her visions of her dead mother (played by the eerily perfect Canadian actress Sarah Gadon). Moore’s standout scene is one of inadvertent emotional sadism, when the death of a child causes her to rejoice for career reasons. Ego does not admit perspective.

Ordinarily it would be the job of a qualified professional to remedy such an imbalance, but Havana’s therapist has his own issues. In his best performance for some while, John Cusack plays Stafford Weiss, a guru type who hosts his own power hour on cable TV, and whose therapy sessions largely consist of psych sessions regressing Havana back to moments of apparent parental abuse, combined with creepy massage of both body and ego.

At first you might imagine this pair to be engaged in edgy sexual role play, but no – it’s simply a typical appointment. As it turns out, Weiss has no need to spice up his sex life; his home life is far more bizarre than most people’s wildest fantasies. Still, truth will out, which in the case of the Weiss family involves a fateful visit from Havana’s mysterious new personal assistant (Mia Wasikowska), recently arrived in town and living something of a double life. She certainly seems to have an interest in the Weiss family’s most valuable asset: their tween-star son Benjie (Evan Bird). 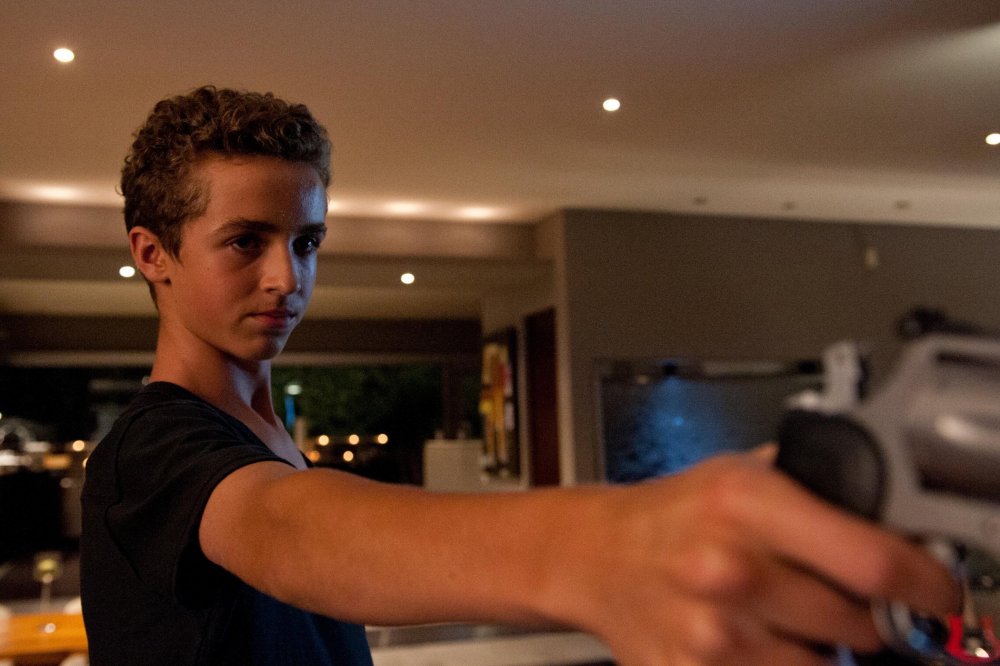 I loved Benjie. Bird not only puts in a remarkable performance, he also resembles an uncanny – not to say unholy – mixture of Justin Bieber and a young Justin Timberlake. Drug-addicted before he even entered his teens, Benjie talks with the business acumen and cynicism of a hard-bitten 50-year-old movie exec, yet has the self-control of an infant. I was reminded irresistibly of Baby Herman, the libidinous cigar-smoking tot of that other great Hollywood satire, Who Framed Roger Rabbit.

Befittingly (and artfully), Cronenberg puts the performances to the fore: everything from cinematography to editing and score is put in service of the actors delivering the script. Where other elements are pronounced – Denise Cronenberg’s lip-smacking costumes for Wasikowska, for instance, with their hints of Crash-like kink – you can be sure they stand out for a reason.

So many delicious ingredients, but do they coalesce into a meaningful whole for what is Cronenberg’s first film shot in the USA? In a word, yes: this is a thoroughly enjoyable comedy if you like your laughs dark, featuring characters so vile you can’t help but be impressed.

It could be regarded as soapy, but that’s all part of the fun: these are characters experiencing their own lives as soap opera, so the medium fits the content. Maps to the Stars does not represent a return to his famed ‘body horror’ for the Canadian auteur – the horror here is mainly psychological, and the monsters figurative, but they’re no less pleasurably skin-crawling.