Contra the Monaco royal family’s apprehensions, this year’s festival opener is less a farce (though its selection might be), more a “stiff, moribund piece of soft-focus hagiography… for lovers of regal camp”. 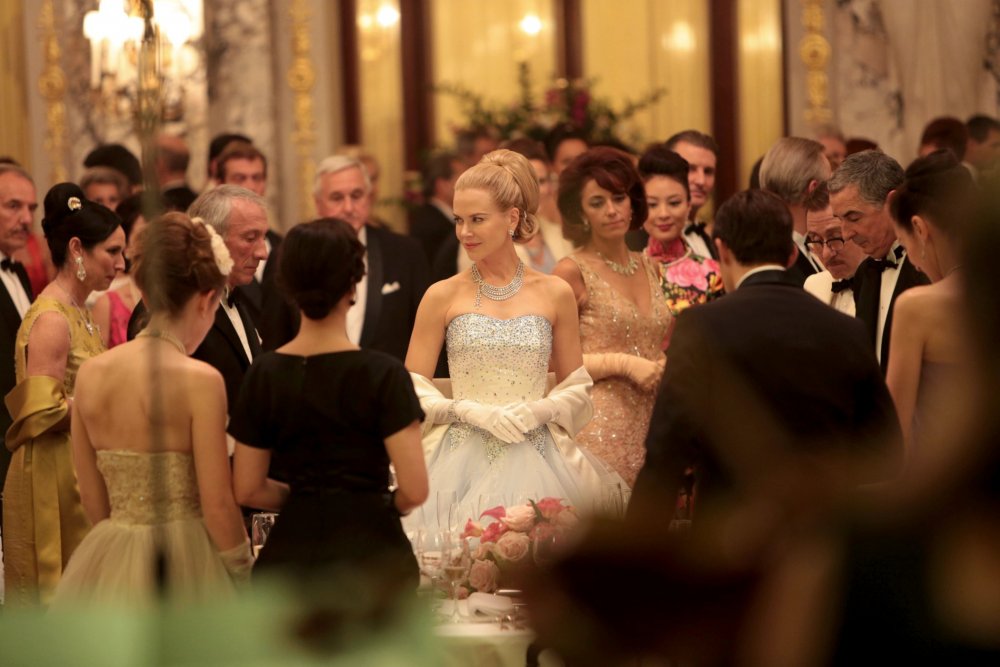 One of the first things you learn as a Cannes habitué is that the opening night film is rarely the real Festival opener. In most years, the Festival properly begins with whatever film happens to be scheduled to start the Competition, hereby setting the tone, the expectations, for what’s to follow – as in 2007, when 4 Months, 3 Years and 2 Days got everyone sitting up in their seats from the get-go. Which means that this year, the Festival’s ‘real’ opener will be Mike Leigh’s Mr Turner (or Abderrahmane Sissako’s Timbuktu, if you’re following the press shows). As for the actual opening night film, that’s almost invariably an aberration, which may have little in common with the content of the rest of the Festival – and in some years, little in common with cinema altogether.

Not that opening night films are necessarily bad; it’s just that different considerations dominate. It’s not primarily about choosing great cinema, whatever Festival grandees may sometimes claim, but about ensuring stars on the red carpet, providing the thrill of a world-class event, capturing an air of prestige and sparkle – although sometimes, mystifyingly, it might appear to be about none of those things.

In the 20-odd years I’ve been coming here, I’ve seen opening-night films that fall roughly into three types. First, despite what legend maintains, there are the good, which may not always be the glitzy: among them, over the last two decades: The Hudsucker Proxy, Up, Moonrise Kingdom and Patrice Leconte’s Ridicule.

All of these were definitely ‘event’ films, and hugely entertaining, but Leconte’s 18th-century costume drama must qualify as the ideal Cannes opener: French, historical, opulent but also witty (and, being set amid the sealed-in follies of Versailles, incidentally a covert satire of Cannes itself). Also in this category, there was the counter-intuitive brilliance of programming Dominik Moll’s small, weird, Buñuelesque and hardly star-laden Lemming: probably a nightmare for some gala-goers, but a thrillingly anomalous pleasure for many.

Then there’s the Dodgy category: films that aren’t good, exactly, but at least earn their way because people are genuinely curious to see them, that smack authentically of prestige, or that somehow capture the mood of Festival sparkle. In other words, you may not like them, but you can see some logic to programming the likes of The Fifth Element, Almodóvar’s Bad Education, Moulin Rouge, Wong Kar-Wai’s My Blueberry Nights (wretched, yes, but it’s still Wong Kar-Wai) and last year’s The Great Gatsby, in no way my kind of film but one I was more than happy to watch. 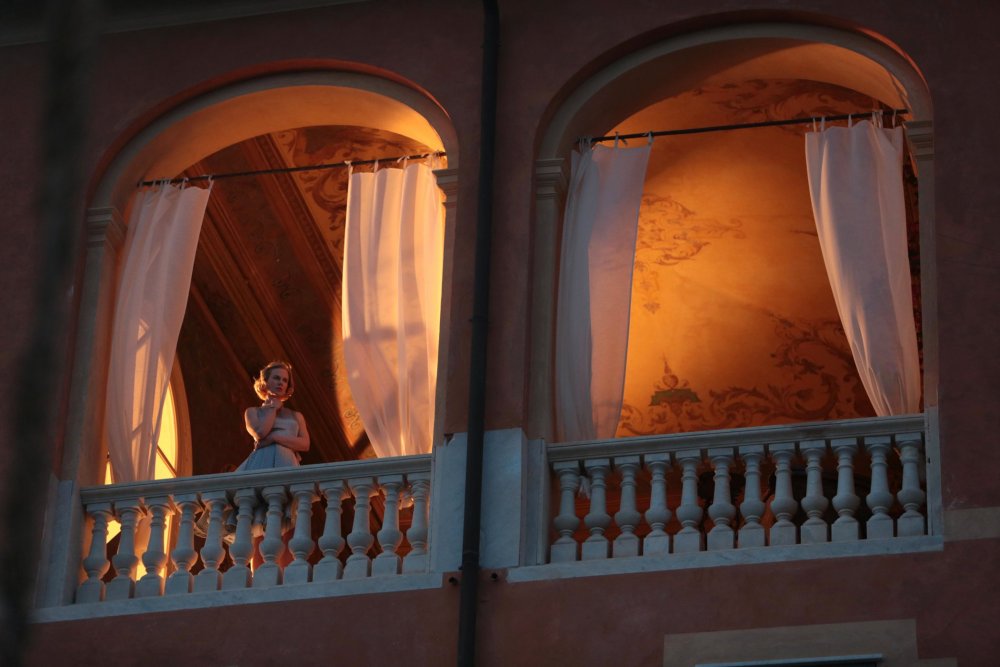 Instantly taking its place among the baddest of the bad comes this year’s Grace of Monaco. The film arrives in Cannes preceded by ill rumour and bad blood – Harvey Weinstein and director Olivier Dahan have fallen out publicly over the cut (we’re assured that the 103-minute version shown here is Dahan’s), while the Monaco royal family has denounced the film, saying that the trailer “appears to be a farce”.

Wait till they see the finished product. Grace is a stiff, stately, moribund piece of soft-focus hagiography that will one day make a perfect double bill with Diana for lovers of regal camp. From the moment Nicole Kidman’s Grace Kelly sashays off a film set to bouquets and applause, the film is as wearily starry-eyed about the Magic of the Movies as it is about sunkissed, protocol-bound Euro glamour.

Set in Monaco in the early 60s, the film shows Princess Grace fighting the oppressive stuffiness of court protocol, contemplating a return to Hollywood for Hitchcock’s Marnie (lucky escape there, Ma’am) but instead embracing her role as a princess to help the principality stave off the threat of annexation by France. Tim Roth plays a stiff, troubled Prince Rainier with the pencil moustache and clipped accent of David Niven, and various familiar faces flit through to sometimes enjoyable, sometimes preposterous effect: Robert Lindsay as a geezerish Aristotle Onassis, Paz Vega as a richly histrionic Maria Callas (she’s a dead ringer, mind) and Jeanne Balibar, perfect for her role as a society grande dame, looking stormily contemptuous at all around her. Parker Posey, meanwhile, seems to be doing a Mrs Danvers as a frostily disapproving lady-in-waiting. 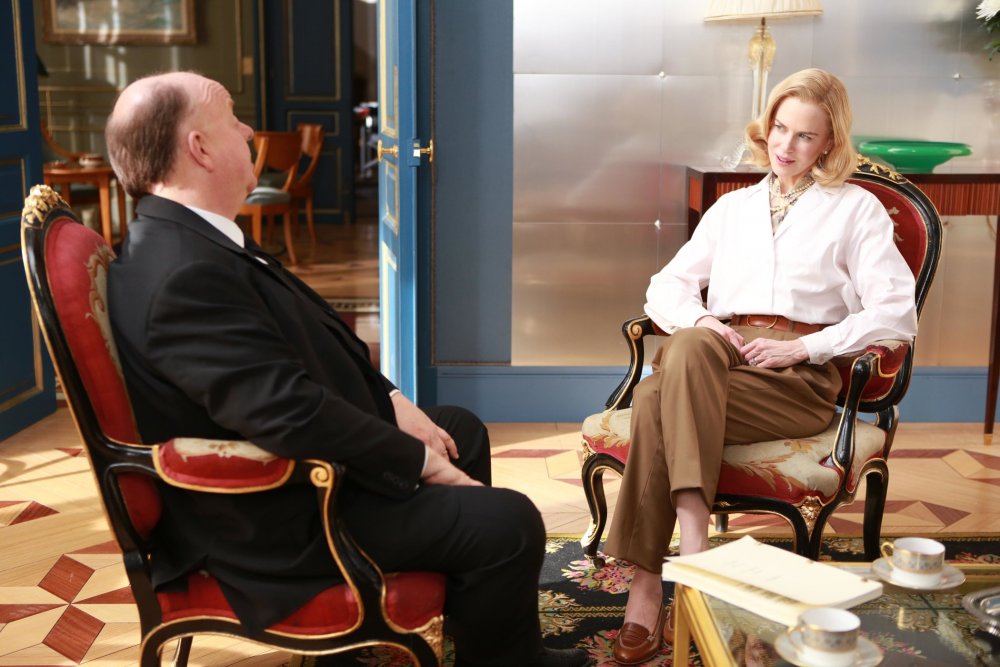 As for Kidman, it’s neither here nor there that – notwithstanding sublime work from the hair department – she doesn’t for a minute look like Grace Kelly (although some of Éric Gautier’s camerawork conspires at moments to make you forget the difference). She isn’t bad, exactly, but she’s not good either: she just looks inert, as she has done for so long now, and her range of expressions has become limited to a very pronounced, very artificial few (the only film to actually make capital of this oddness was Park Chan-wook’s recent Gothic folly Stoker). Her performance is limited to looking regal, looking starry, looking – oh yes – graceful, and walking into rooms with a wide-eyed ingénue gawp that suggests a panto Alice in Wonderland.

The political intrigue is over-cooked but under-dramatic (Rainier and furrowed-browed cronies pace endlessly around conference rooms) and, with due respect to the Monégasques, who can really get worked up about the fate of this moneyed microclimate on the Med?

It’s a deeply conservative film, of course, showing how Grace finally finds her true place in history by embracing her royal role (she is schooled in princessery by a protocol expert played by Derek Jacobi), finally saving the Principality with a rousing gala speech about the power of love. Here’s a biopic without grit, without drama, without real political curiosity – and without any real grace, either.