Or is that Raúúúúúúúúúl? At any rate, this strange, recurring howl is less an emblem of Cannes’ clubbiness than of its all-bewildering embrace. 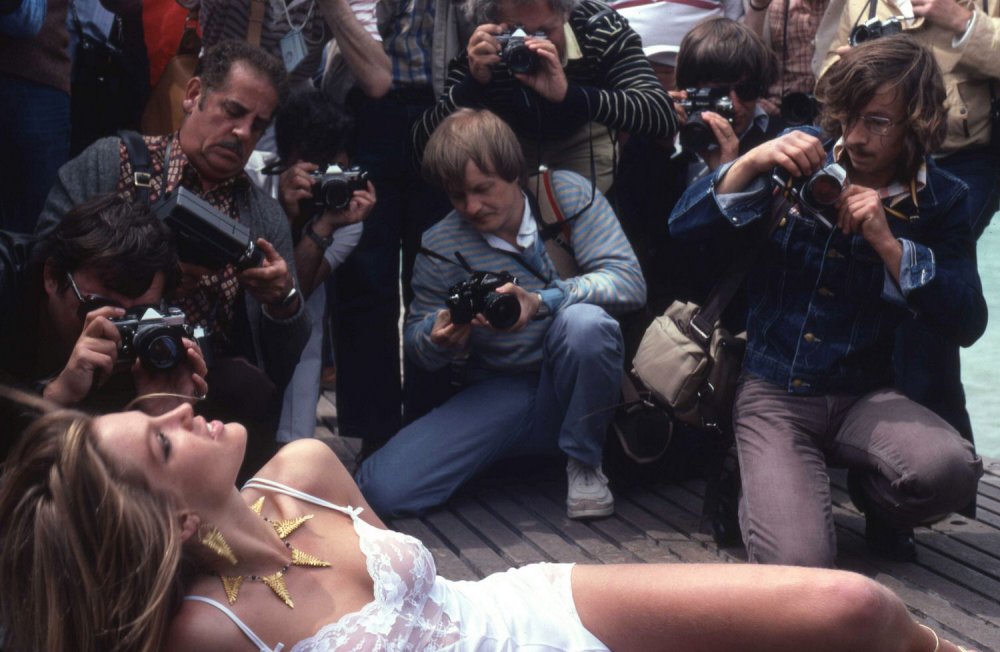 Not Raoul: press descend on model at the Cannes Film Festival, circa 1979 (and all other years)
Credit: Ericd@enwiki CC BY-SA 3.0

Though undoubtedly one of the most heavily photographed events in the world, the Cannes Film Festival is ill-represented in pictures. The same set of bland photographic archetypes have been passing for photojournalism at the festival since its founding in 1946: a scantily clad ‘starlet’ surrounded by paparazzi; a line of filmmakers assembled for a photo call; rosé poured unsparingly into the glasses of the obliviously rich aboard the Vanity Fair yacht. The only recent addition to this canon is the now-ubiquitous red-carpet selfie, and even that may see its untimely demise this year, with festival head Thierry Frémaux calling the practice ‘grotesque’ and announcing that the festival’s notoriously hostile stewards will no longer allow it.

The reality, as the vast majority of Cannes attendees will tell you, is quite different from the photographs. Night and day, thousands of disparate punters roam the Croisette – the lengthy beachfront promenade that is, at once, the festival’s polished shopfront, thronging marketplace and grotty back alley. Press and industry scurry back and forth from one venue to next, skilfully dodging the street vendors and self-proclaimed ‘characters’ who tout for business every few yards. By now, both groups have established themselves as part of the furniture, at what is simultaneously the most prestigious film festival in the world and one of the most accessible.

I first went at the age of 19, after submitting a request for press accreditation that took an admittedly liberal approach to the truth (at the time, I ran a movie blog for an audience scarcely bigger than my immediate social circle). Astonishingly, I was awarded a pass, and though other critics would ultimately scoff at my entry-level yellow badge, to me it was the golden ticket that I’d always known must be my nominatively determined birthright. Two friends also wangled their way into delegate passes using a famously exploitable channel of the accreditation process: the Short Film Corner.

Established in 2004, the Corner offers short filmmakers the chance to have their work included in a digital library available from a network of computers within the festival’s main venue. Each successful filmmaking team also receives a pair of complimentary passes. Presumably designed as a fundraiser, the Short Film Corner requires an entrance fee of €95 and accepts thousands of films every year. Legend has it that the sole criterion for acceptance is the inclusion of legible end credits, and scouring through the catalogue, it’s hard not to suspect that some of the films featured went from conception to completion in the time it took to fill in the submission form. 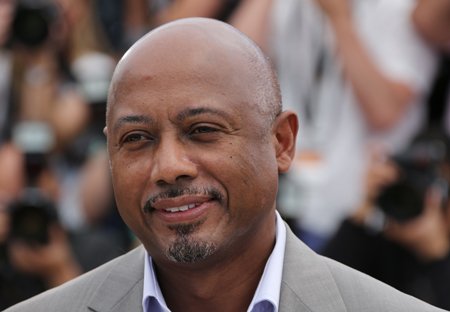 Inexplicably inducted into the international film industry, the three of us arranged accommodation at the Parc Bellevue campsite a few miles out of town and purchased weekly passes for a ‘night bus’ that stopped so early it must surely have been in contravention of some French analogue to the Sale of Goods Act. As we descended the steps of our easyJet flight upon arrival in Nice, it all felt like some great con with which we might one day regale our grandchildren. One trip to the festival’s heartland, however, put any sense of beating the system to rest. Immersed in a spectacle that big, you’ve no choice but to give yourself over to its terrifying magnitude.

The first film I ever saw at the festival was Woody Allen’s wistful ode to solipsism Midnight in Paris. After a queue as freeform and protracted as the best Palme d’Or winners, I made my way into the auditorium and found each of the Salle Debussy’s 1800 seats filled to capacity. Unwilling to admit defeat, I crouched down awkwardly in the aisle and hoped that a nearby audience member wouldn’t be able to go the distance with Allen’s latest. Moments later, as the lights dimmed and the festival’s swaggering CGI ident started up, I was relieved to hear another patron yell out for a missing companion: “Raooooooouuuuul!” At least I wasn’t the only person lost at the Cannes Film Festival.

In the days that followed, I learned that this mysterious Raoul was no ordinary dawdling festival delegate. He was a legend, a Cannes institution, a veritable spectre of the festival’s daily screening schedule. Every night, without fail, a call for his name would ring out in the Debussy (often followed by a smattering of applause from the initiated) and every time the call would go unanswered, echoing into the opening credits like some tragic one-sided game of Marco Polo. But while many knew the ritual, nobody I spoke to seemed quite sure of its origins. 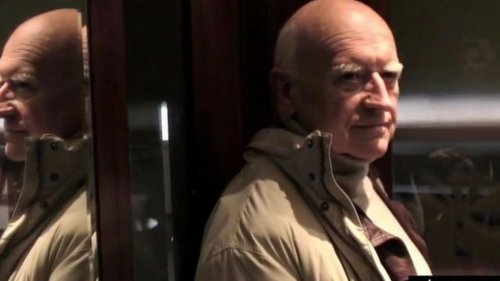 The Evening Standard’s chief film critic Derek Malcolm first visited Cannes in 1970, and like many, he suspects that Raoul’s true identity may never be known. “Obviously it all started when some journalist was looking for a friend he’d saved a seat for, and screamed out, ‘Raoooouuul, I’m here!’ Soon other people started doing it, and now it’s become a convention.”

A similar story was recorded in a 2009 blog post by the late Cannes stalwart Roger Ebert, who called the phenomenon “an ancient Cannes tradition” and declared that it dated back at least as far as 1972, when the official selection included Hitchcock’s Frenzy and Tarkovsky’s Solaris. Malcolm disagrees: “It certainly dates back a good five or six years but not much more than that.”

Among the tens of thousands of delegates who attend the festival each year must surely be an untold number of Raouls, so whether you date the phenomenon back five years or 50, a dozen possible origin stories present themselves. Perhaps the Haitian filmmaker Raoul Peck, who visited the festival with his 1993 drama The Man by the Shore, was the original target of the call. Or maybe responsibility lies with the Belgian animator Raoul Servais, whose nine-minute film Harpya won the short film Palme d’Or in 1979. One senior festival programmer I spoke to, who asked not to be named in relation to an issue of such grand import, pointed the finger at the French novelist and film critic Raoul Mille. Sadly, Mille died in 2012, taking any hope of confirming that particular hypothesis to the grave.

The Guardian’s Peter Bradshaw has a different theory. “When I first came to the festival in 1999, [S&S editor] Nick James took me under his wing and told me a story about the Chilean director Raúl Ruiz.” According to this version of events, Ruiz came to the festival for the first time in 1972 to premiere his political drama Qué hacer, and was joined by a young crew who found themselves overcome by the glamour of it all. “They just couldn’t keep it to themselves, and one of them – overwhelmed with excitement – shouted out ‘Raúúúúúúúúúúúúl!’ just as the movie was beginning.” 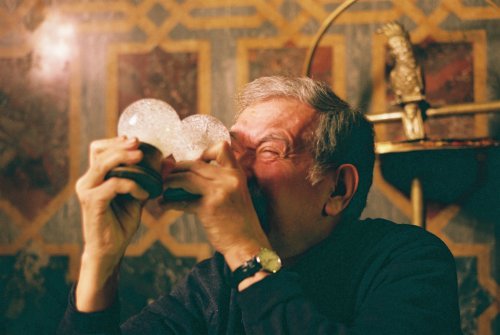 After all these years, the tradition is not without its detractors, and its inevitable reappearance at this year’s festival is likely to met with just as many groans as cheers. For some, Raoul is a gauche emblem of Cannes’ clubby atmosphere, and a chance for veteran delegates to show off their authority. But if Bradshaw’s story has any merit to it, I think it casts the tradition in an entirely different light: not as a badge of honour for experienced attendees, but a call for solidarity with flustered newcomers.

It’s a mark of the enormity of the festival that Ruiz’s colleagues – themselves in a privileged position at the very centre of proceedings – could have felt so totally at the mercy of it all. I suspect countless other filmmakers have felt the same way. In fact, if there’s one thing that unites the festival’s myriad attendees, it’s that they’re all a whole lot less important than the festival itself. You can be a 19-year-old with a bus pass or the president of the festival jury, but when the entirety of the global film industry is in town, you’re still a pretty small fish in an overwhelmingly large pond. It’s this, I think, that makes the Raoul phenomenon such a perfect distillation of the Cannes experience: it captures the feeling of total insignificance.

As the festival enters its 68th year, even veteran delegates are not immune to a sense of disorientation, and their experiences should be all the more exhilarating for it. Bradshaw, for one, may have a surprise in store at some late-night festival gathering: when I ask Nick James to confirm the tale he told his inexperienced colleague some 15 years ago, he admits: “I think I made that up.”