Off the beaten Competition, three gems from Austria’s Jessica Hausner, Sweden’s Ruben Östlund and Hungary’s Kornel Mundruczó, about a literary suicide pact, an avalanche of familial embarrassment and – most astonishingly – the apocalyptic misadventures of a Jekyll-and-Hyde dog. 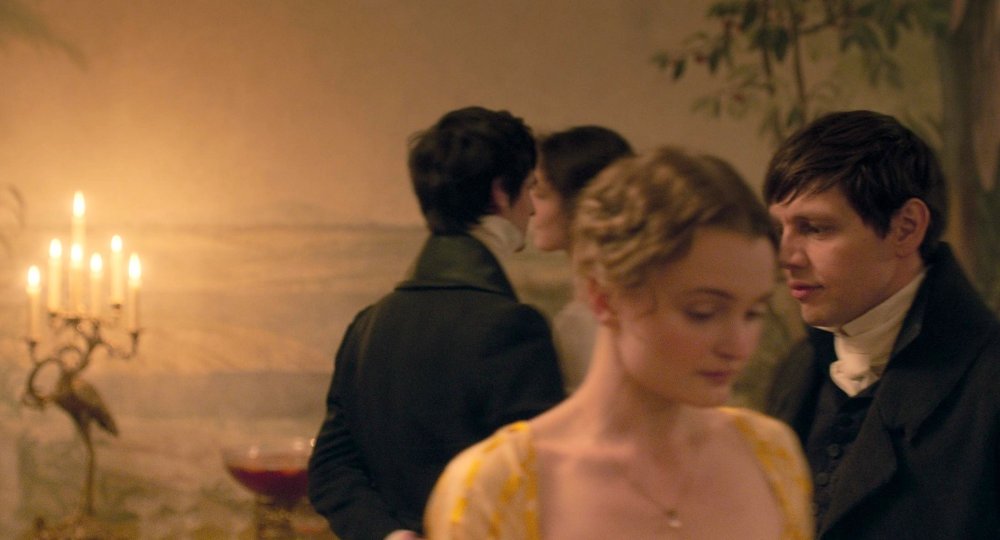 Hold the front page: Un Certain Regard, set up by Gilles Jacob in 1978 and for so long the slightly awkward poor relation of the main Competition, has this year begun to show signs of developing a real identity. Indeed, having for years declared its intention of presenting works with a distinct, or distinctive, vision of their own, it seems this year to be doing just that – and, in the process, to be very much holding its own by comparison with its more famous cousin the Competition.

While I have yet to see anything in the latter that has provoked that rush of excitement brought on by being truly surprised (if not astonished) by a particular film, I have felt that sensation three times in the Salle Debussy, where the Un Certain Regard films are screened: strongly for Jessica Hausner’s Amour fou, very strongly for Ruben Östlund’s Force majeure, and overwhelmingly for Kornel Mundruczó’s White God (Fehér Isten). All three reveal cinematic stylists reaching the peak of their powers, prepared to take risks and able to come to grips with their themes in an uncompromising way. Sure, three swallows out of 20 (not all of which I have seen) do not a cinematic summer make; but they do bring a little sunshine to an otherwise overcast Festival.

The pleasures yielded by Amour fou are essentially those of observing a perfectly executed miniature. Although lacking the surging emotion of Hausner’s last Cannes film, Lourdes (2009), Amour fou is certainly intense. It is based on the life and death of German romantic poet and dramatist Heinrich von Kleist (played in the film by Christian Friedel), who died in a suicide pact with the terminally ill Henriette Vogel (Birte Schnöink) in 1811.

Hausner describes the film as a “romantic comedy”, on the grounds that the death of a terminally ill woman sits slightly oddly within a romantic suicide pact. What’s more, Vogel wasn’t the first woman Kleist approached with the idea. Hausner films the events – including many piano recitals – in a precise yet leisurely way, keeping an ironic distance from material which could have been swoony and melodramatic (see, for instance, Sylvie Verheyde’s ludicrous Confessions of a Child of the Century, with Charlotte Gainsbourg and Pete Doherty, screened in the same sidebar here two years ago).

Hausner’s main achievement – both formally, in her precise, often painterly compositions, and narratively, in the film’s minuet-like rhythms – is to provide a way for a modern audience to understand the romantic death wish, which comes across as intense and banal at the same time, and which has re-emerged in the 21st century (although Hausner draws no such parallels) in the phenomenon of the suicide bomber.

More overtly comic but just as fundamentally serious is Ruben Östlund’s Force majeure (listed in the festival programme as Turist, but referred to by Östlund and listed on the credits as Force majeure). Östlund began his career making snowboarding videos, so it seems fitting that he should return to the ski slopes for his most mature film to date, after the wry comedy of Involuntary (2008) and the equally wry but more disturbing Play (2011).

The story revolves around how Tomas (Johannes Kuhnke) reacts to an avalanche which looks set to engulf the resort restaurant where they’re having lunch, but fizzles out in a cloud of powdery snow. His wife Ebba (Lisa Loven Kongsli) struggles with the impression that he seemed more intent on saving himself (and his iPhone – there is always a strong comic element in Östlund’s most dramatic moments) than in protecting his family.

The incident comes to dominate the holiday, first privately between them, then in public with other couples. Tomas becomes increasing unhinged as his sense of himself is publicly eroded – and, in that sense, Östlund shares with Nuri Bilge Ceylan the determination to chart male loneliness in a world ill-adapted to it. After all, the notion of women and children first sits uneasily with the pressure to be a new man.

Rumour has it that Östlund‘s refusal to trim the scene where Tomas breaks down and weeps uncontrollably cost him a Competition slot. If so, good for him. He’s a master at placing his actors in front of the camera – sometimes solo (like the crying scene), more often in pairs (on a bed, on a sofa, at a restaurant table) – and drawing out their emotional car crashes, then deflating the scene with a moment of comedy. The scene here which features an invading toy flying saucer has been one of the best comic moments at this year’s festival. 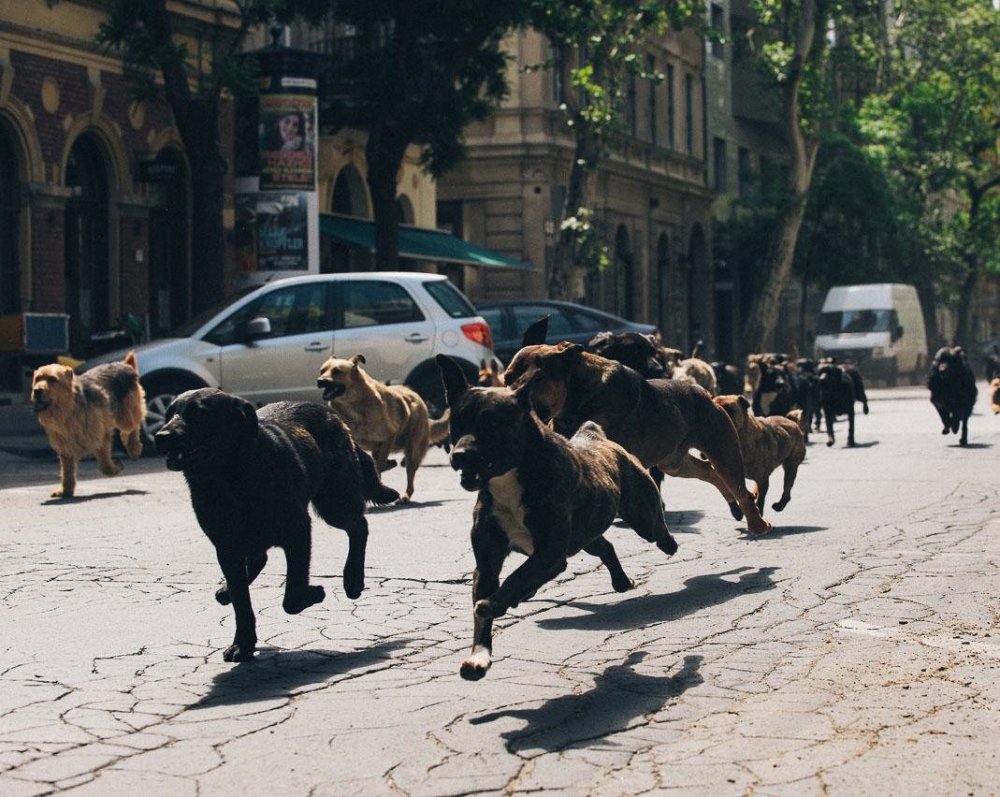 As for White God, I am still bewitched, two days after the screening; it’s the most surprising film I can remember seeing at Cannes. The story of a young girl and her dog, it starts like a Disney family film, develops into a horror movie (George A. Romero’s Night of the Living Dead is explicitly referenced) and turns into an apocalyptic vision which would at once delight and confound Morrissey, with animals striking back against human hegemony. If the musical equivalent of Hausner’s film is a song cycle, Mundruczó’s is Wagnerian opera (again referenced in the film); his ability to ratchet up the impact of a scene makes him the Michael Bay of arthouse.

To summarise the plot in brief: 13-year-old Lili (Zsifia Psotta, quite extraordinary) is dumped on her father (Sàndor Zsótér) when her divorced mother flits off to Australia. He refuses to let Lili keep her beloved dog, Hagen (Luke), and angrily casts him adrift in contemporary Budapest.

Having learned how to survive, Hagen is, in swift succession, seized by a breeder of fighting dogs, becomes a champion killer under the name of Max (played by a second dog called Body), leads a break-out from the dog pound, and becomes leader of a pack that eventually holds the city to ransom. What’s so impressive is the way Mundruczó switches gears, from the family flick featuring a lost puppy dog – a kind of canine version of Baby’s Day Out – to a gothic register as the former pet struggles between his ‘Doctor Hagen’ and ‘Mr Max’ personalities.

After Pleasant Days (2002) – an ironic title if ever there was one – Johanna (2005), which actually was an opera, Delta (2008) and Tender Son – The Frankenstein Project (2010), a magnificent film which sank almost without a trace, White God confirms Mundruczó’s position as one of Europe’s most exciting, unpredictable and technically competent directors. In a world where so many filmmakers seem to rework the same material over and over, he’s is a true wild card – a filmmaker with ‘un certain regard’ if ever there was one.