Nine years after his directorial debut opened here, the veteran actor and man in black returns to the western – with diminishing results. 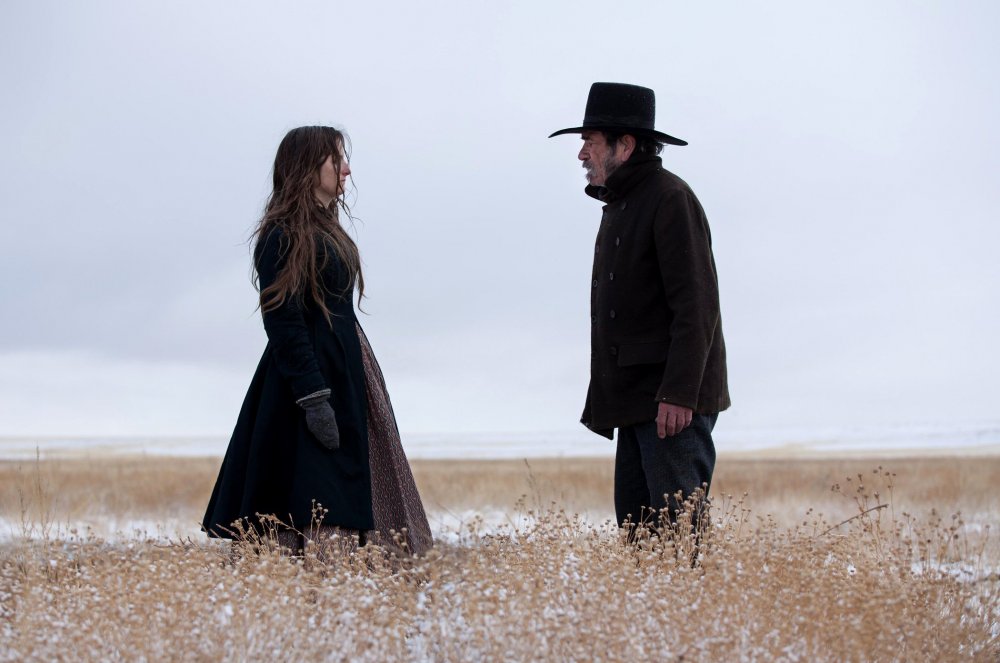 Tommy Lee Jones, of course, is best known as an actor, first making an impression in relatively minor roles in films like Jackson County Jail (1976), The Eyes of Laura Mars (1978) and The Coal Miner’s Daughter (1980) before getting good notices for his playing of Gary Gilmore in The Executioner’s Song (1982). Even after that success, his career didn’t exactly take off, and despite many excellent performances the Harvard-educated Texan remained something of a cult favourite until The Fugitive (1993), Batman Forever (1995) and the first of the Men in Black movies (1997).

That franchise apart, he’s never quite made it as an A-list name, quite possibly because he seems to prefer a particular kind of movie; something more low-key and thoughtful. (The Coens’ 2007 No Country for Old Men was an especially fine example.) Ever since he appeared in the Lonesome Dove TV series, it’s felt as if tales of the west – old or contemporary, literal or metaphorical – have been closest to his heart, so it was no great surprise when he made his directing debut with The Three Burials of Melquiades Estrada in 2005. Nor, really, was it a surprise, when it premiered in the Cannes Competition in 2005, that it was a very fine movie. Reminiscent in many ways of Peckinpah at his best, it won him the Best Actor prize, but could just as easily have carried off something else.

Nine years on and he’s back in Competition with The Homesman, taken from a novel by Glendon Swarthout, whose books also provided source material for The Shootist, 7th Cavalry and – not remotely a western – Where the Boys Are.

The story has considerable potential. After three separate women suffer breakdowns in the Nebraska territory, Mary Bee Cuddy (Hilary Swank) agrees to transport them all to Iowa, whence they’ll be sent back East for treatment (their husbands are no longer able or considerate enough to care for them). She needs protection and help for the 400-mile journey, and finding rascally old-timer George Briggs (Jones) left on his horse to hang, she rescues him in return for a promise that he’ll do her bidding until they deliver the women…

Needless to say, they encounter a number of variously colourful characters on their perilous trek across the vast flatlands and, just as inevitably, notwithstanding their obvious differences – she’s religious, ‘bossy’ and wants a husband, he’s an unreliable loner given to whisky and dancing – they come to some sort of appreciative understanding of one another. 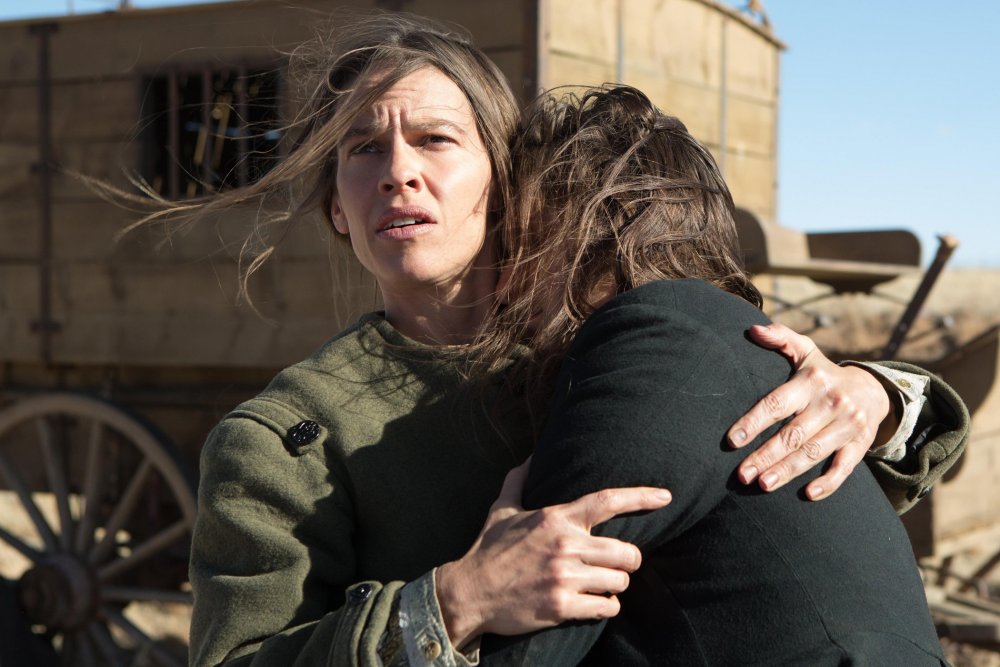 It’s a familiar tale, then, though littered with several genuinely surprising twists and a few affecting dramatic moments. It must be said, however, that The Homesman is a disappointment after Jones’ previous movie.

An unevenness of tone is perhaps the main problem, as the film switches sometimes awkwardly from amiable comedy to suspense, gentle sentimentality to a fiery celebration of rough justice. Not having read the Swarthout novel, I cannot say whether this was a flaw introduced by the script, but it does undermine the narrative’s overall thrust, as do some unexpected weaknesses in terms of performance: the depiction of the three women Cuddy and Briggs are transporting could certainly have been improved upon, while a brief turn towards the end from Meryl Streep seems simply a waste of her talents.

That said, the film is for the most part entertaining enough. Rodrigo Prieto’s ‘Scope photography makes the most of the endless prairies (though the occasional CGI work is less satisfying), Jones and Swank are generally very watchable, and the recreation of the early years of the West feels pretty persuasive. The trouble is that, wrongly or rightly, we expect more than that, not only because The Three Burials of Melquiades Estrada was rather better, but because one suspects that the likes of the Coens or Clint Eastwood could and would have made a stronger version of this story.