from our forthcoming December 2017 issue 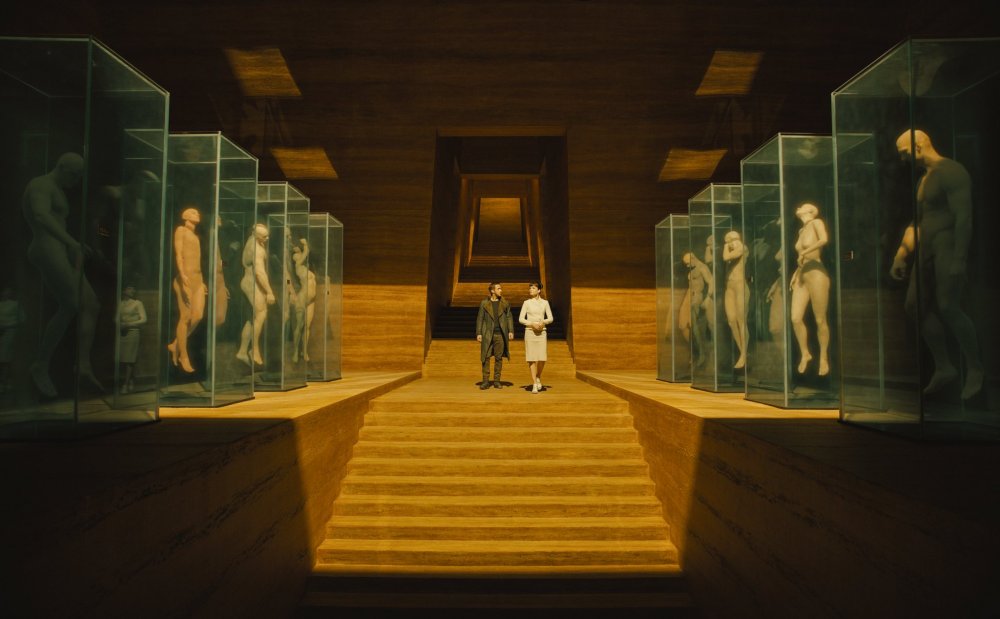 Sincere statements can bubble up through the gas clouds of marketing that surround huge event movies, and when Tom Rothman of Sony Pictures tells the Wall Street Journal that “If you’re not in a position to make the 15th Star Wars movie, you have to search for things that people really feel they have got to go out to a movie theatre and see,” he could be taking the opportunity to link his new co-production with the biggest game in town, or just bemoaning his lot. Andrew Kosove of Alcon Entertainment read from the same sheet to tell the Hollywood Reporter: “If you don’t have repetitive cash flow, which is a fancy way of saying being in the sequel business, you are going to be in trouble eventually.”

Many people should feel they do want to go out and see Rothman and Kosove’s latest baby, Blade Runner 2049, given the affection (though not universal) and influence (absolutely everywhere) connected with Ridley Scott’s original Blade Runner (1982), despite the fact that the producers have made the film sound as artistically spontaneous as a microchip, and the clear implication that audiences might actually be the ones in trouble.

After a critical kicking in contemporary venues – including the forerunner of this one – Scott’s film has assumed the heavy mantle of , even as the director’s tinkering with the available product eroded some of its idiosyncrasy. The original lugubrious voiceover from Harrison Ford as replicant-hunter (or maybe replicant hunter) Deckard was sacrificed in later cuts as a poor fit with the intended sci-fi intensity. But the call back to film noir private detectives mixing booze and broads under the dry sun of Los Angeles was deliciously self-conscious, as Deckard scurried between constant downpours in an LA with seemingly no sun at all. And in any case, Scott has always left Dick Morrissey’s bluesy midnight saxophone in place in Vangelis’s seething soundtrack, a ghost of the original machine. 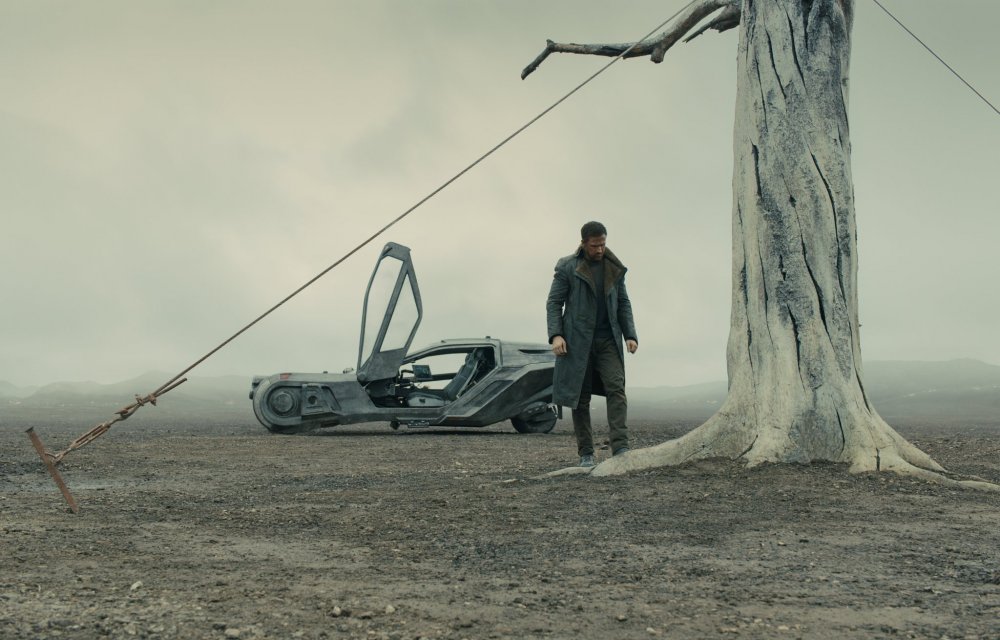 There is no voiceover in Blade Runner 2049 and certainly no sax, constrained as it is by current pop-culture strictures that treat whimsy as an indictable war crime. But in a landscape awash with both science-fiction and revived material, the film is far above any kind of average for either. Its visual ambitions include recreations of the original film’s rainy LA streets, still punctuated by blazing advertisements for Pan Am and overshadowed by obsidian corporate buildings resembling the tombs of the pharaohs, as well as new visions of a ruined Las Vegas swamped by orange sand, and a Pacific ocean swollen by climate change and held back by a vast sea wall.

The interiors, especially the ones in which Christ-like business tycoon Wallace (Jared Leto) and his replicant enforcer Luv (Sylvia Hoeks) scheme, are art installations. At one point Luv calls down a missile strike on her foes while reclined at a spectacular diagonal on a white lounge chair and having her nails done, golden reflections of water dancing not just on the ceiling, as in Scott films of old and their imitators, but on every planar surface in the room. 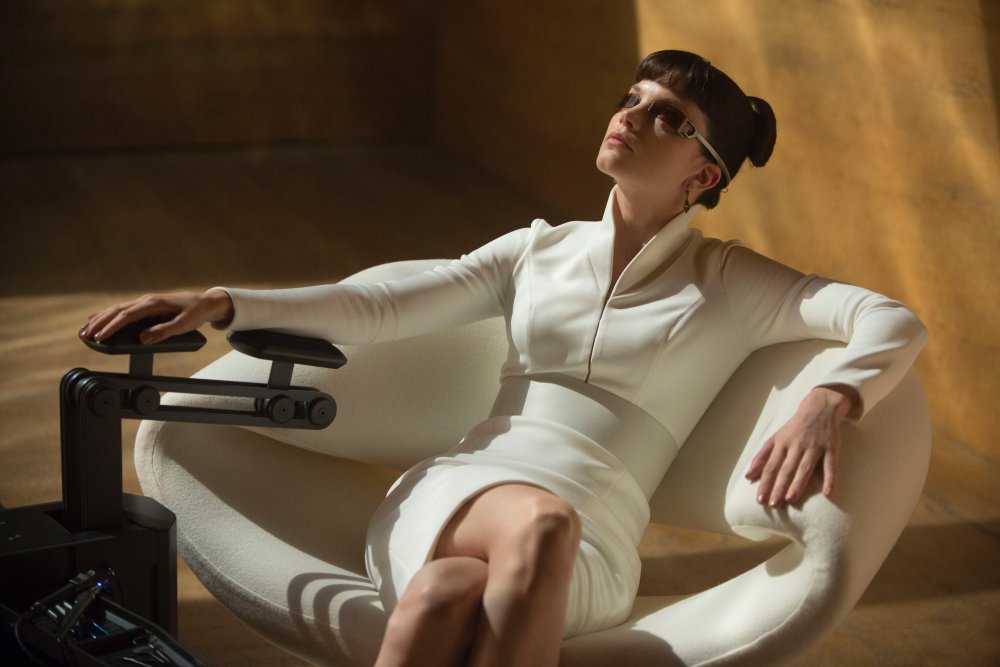 The film starts in a lower key, at a rural farmstead that turns out to be hiding a dead body, a parallel situation to the beginning of director Denis Villeneuve’s last film but one, Sicario (2015). A narrative from original co-writer Hampton Fancher and Michael Green continues the first film’s plot and reveals what happened to Deckard and fugitive replicant Rachael (Sean Young), while conspicuously re-muddying the issue of whether Deckard himself is flesh and blood. The protagonist is now K, a Blade Runner well aware of his artificial nature and initially content about it; he is played by Ryan Gosling with a wan stoicism adjacent to Ford’s more droll demeanour from 1982, though it comes to look a bit forced when Ford himself arrives and reclaims his territory.

After four previous features in English, the French-Canadian Villeneuve has become a divisive filmmaker, which begs questions about the mindset audiences bring to the movies these days. His interest in the psychogeography of landscapes produces some digitally augmented high-altitude interrogations of Blade Runner 2049’s world, like the ones that probed his earlier films’ Toronto, Mexico and Montana settings from above. 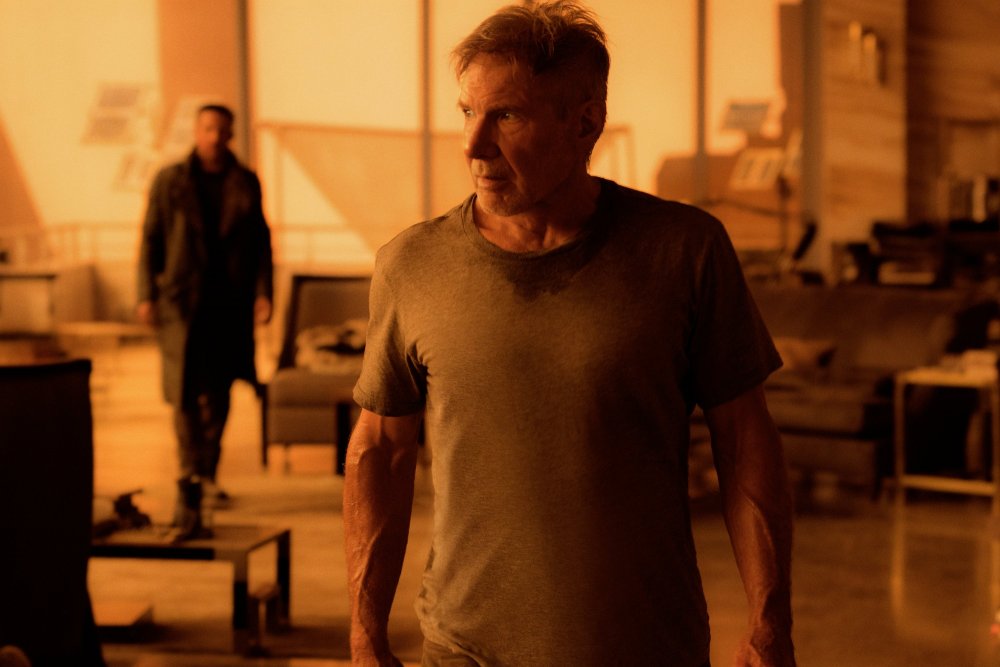 He also believes that images can spur feelings without the support of explanations, which you might think would be the default among practitioners in his line of work but palpably is not. What some of the film’s grace notes mean is left up to you. A technique used to probe K’s state of mind seems closer to CIA mental torture or an audio parallax test than the calm Q&A of Blade Runner’s Voight-Kampff conversation; but then this society loathes its replicant underclass and wishes it agony.

Wallace, current manufacturer of replicants after acquiring the technology from the original movie’s Tyrell Corporation – not the least of the new film’s knowing details is that failed intellectual property never goes away – uses a snippet of Prokofiev’s Peter and the Wolf as his corporate jingle; it rings out every time K switches on his Wallace-made sex hologram Joi (Ana de Armas) like a laptop’s start-up chime. But is that Russian signage on the farm equipment that has made Wallace’s fortune? Looks that way.

Once Deckard arrives, the film has an implicit playful side, but the Blade Runner questions of old are perennially serious, seen here in the relationship between K and Joi, false humans both: the authenticity of memory and identity, the nature of childhood regret, and whether a slave culture can be reformed without first burning to the ground. The film dares to be ambiguous about those questions too, but ambiguity is a bad fit with the current critical mood that art must be prescriptive rather than reflective. It’s the poser of the age: are female characters named Joi and Luv reflecting the misogyny of the males who made the film, or the misanthropy of the character who manufactured them? Is the future Las Vegas adorned with female statues because the film is crass, or because it’s set in Las Vegas? Is it more significant that they are naked, or that they are in ruins? 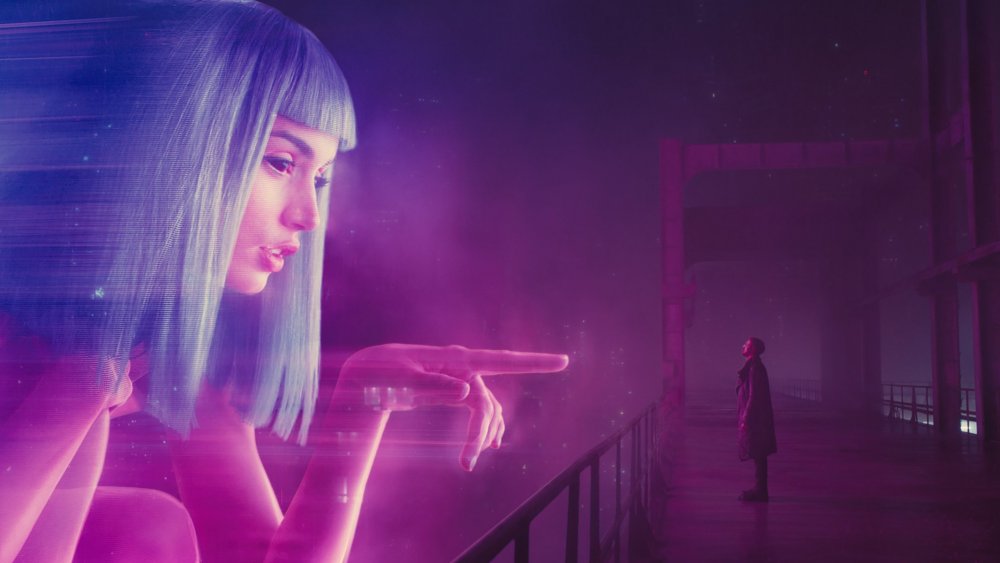 An answer crystallises in the sort-of sex scene between K, Joi and replicant prostitute Mariette (Mackenzie Davis, cast and costumed to resemble Daryl Hannah’s Pris in the first film), in which the translucent hologram and the solid escort overlap in space but drift in and out of alignment, two superimposed sprites running their fingers through K’s hair. It’s wilfully free of arousal, sub-zero foreplay to some grim threesome over the abyss in which no one is allowed direct contact with anyone, and at least one observer thought it deeply aware of his gender’s insecurities about the nature of pleasure given or received. No male with half-decent self-knowledge could fail to register Mariette/Joi’s final spliced accusatory gaze looking back at him without at least a twinge. In short, the film pauses for a dig at masculinity before moving on.