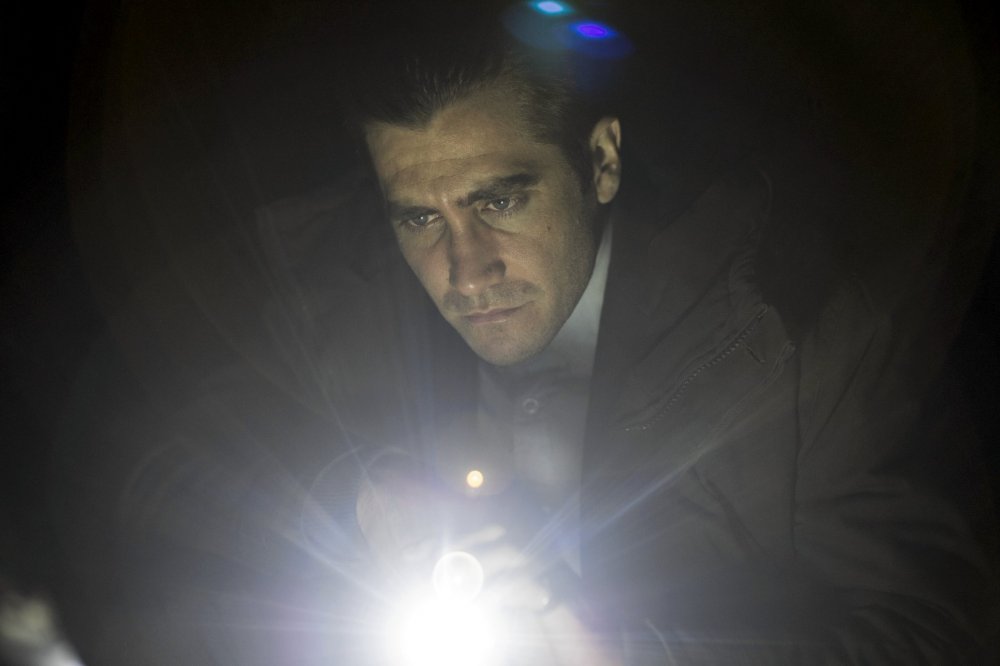 “Be ready. All that stands between you and being dead is you.” This is the grim father-son warning that opens Canadian director Denis Villeneuve’s first English-language movie, a powerful and deftly twisted child-abduction thriller.

Fascinated by the growing tension between American individualism and institutions such as the police, it’s a movie that puts its own dark spin on the stock cinema figures of obsessed cop and desperate vigilante parent. Where the Taken series or TV’s 24 milked the predicament of the law-enforcement figure torn between parental and professional duty, here carpenter Keller Dover (Hugh Jackman) is a principled everyman. His belief in self-reliance combines with primal fear for his abducted daughter and drives him to kidnap and torture, while the film slowly but brazenly turns the screws on his desperation. “She’s wondering why I haven’t found her every day. Not you. Me,” he spits at Detective Loki, his equally intransigent institutional shadow.

Yet this is a film where everything speaks louder than words. From its low-key Thanksgiving abduction opener, in which a parked RV in a Pennsylvania suburb seeps menace, through the tense, twisty frustrations of the investigation and the sleepwalking misery of two sets of parents, it’s a film grimly eloquent in everything except its dialogue. Cinematographer Roger Deakins’s pitilessly bleak November exteriors offer as little hope as his claustrophobic interiors, his camera peering through smeary windscreens and sneaking through corridors stalker-style. Still, in the excellent sequence where fellow parents Terrence Howard and steely Viola Davis are enlisted to help Dover torture the suspect he has kidnapped, Dover’s repeated rationale is only a blunt stub: “We hurt him till he talks. Or they die.”

Terse to the point of baldness, Villeneuve’s thriller is nevertheless adult for a genre piece in its unsettling exposure of the moral dilemmas thrown up by Dover’s actions. Unusually, it doesn’t implicitly endorse his behaviour Zero Dark Thirty-style, seemingly more interested in the effect on the torturer than in the question of whether torture can ever be justified. Since Paul Dano’s opaque suspect Alex Jones offers up just one impenetrable remark after bloodsoaked beatings and scalding showers, what Dover mostly reaps is moral anguish. Ambiguity permeates everything in the narrative, from screenwriter Aaron Guzikowski’s bottomless supply of double-edged clues and narrative feints to Dover’s own motivation. 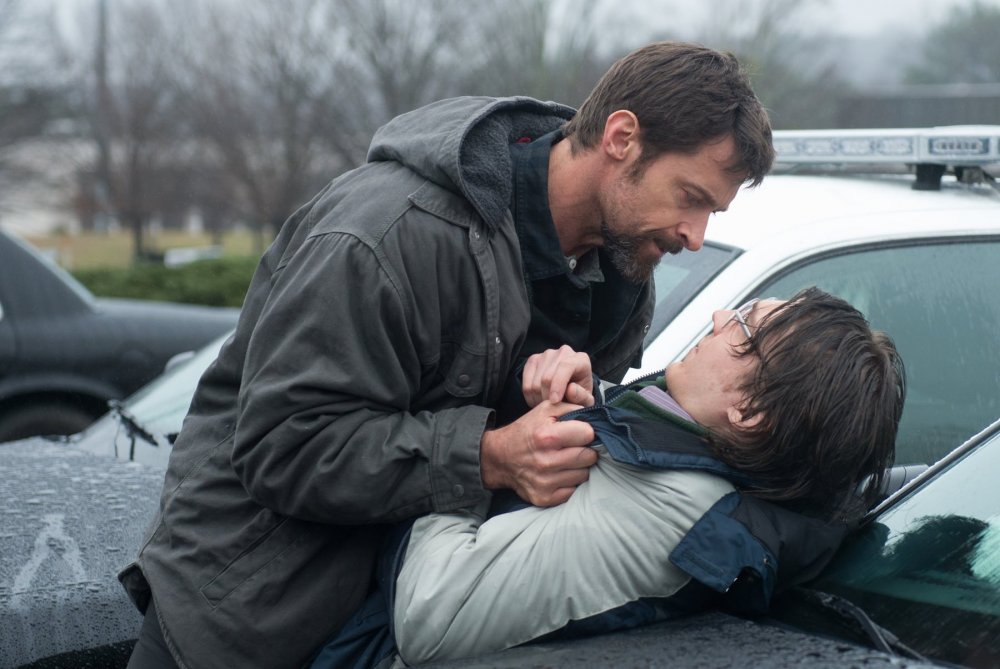 Having lingered over their depiction at grim length, Prisoners declines to opine on whether Dover’s actions transcend the rule of law. Instead it concentrates on contrasting loner and lawman; its other hero, Jake Gyllenhaal’s dogged Loki, is similarly frustrated by his inability to break the case.

In setting its leading characters up as parallel and rival ‘protectors’, the film is helped by a pair of eye-catching performances, particularly that of Gyllenhaal, playing utterly against type as a brooding, isolated, blue-collar workaholic. His stifled frustrations have the edge over Jackman’s glowering, rage-filled Dover, a portrayal whose unremitting intensity recalls and redoubles his despairing Valjean in Les Misérables.

Mostly the film pulls off with aplomb the tough act of giving the leading men narrative parity, conducting a tense game of story ‘tag’ between them. However, in the last act it plunges into a David Fincher-style welter of dark ritual-killing discoveries and red herrings, which feels like a deliberate distraction from Dover’s transgressions. Responding to Dover’s moral trespass with a suspenseful if over-symmetrical payback allows the film to offer a redemption that is showier than it is satisfying. 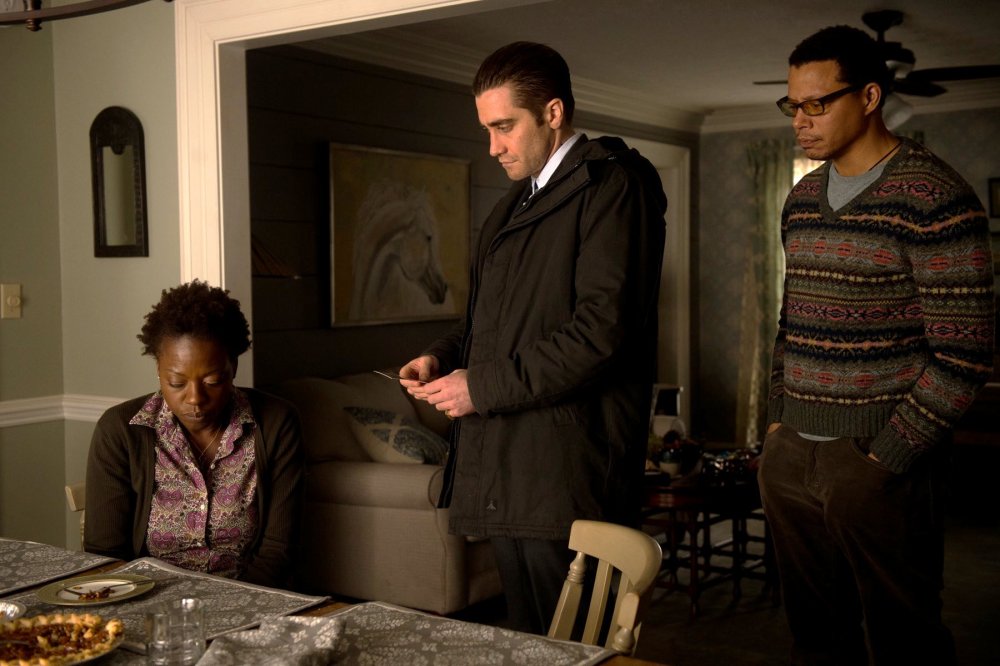 Guzikowski’s well-honed thriller (it was much admired for its expert mechanics on the 2009 ‘Black List’ of unproduced scripts) occasionally idles under Villeneuve’s dark character studies, but the director’s powerfully imposed mood of dread elevates what might otherwise have been just a superior police procedural. It puts it into the same bracket as Mystic River (2003) and Gone Baby Gone (2007), pieces unafraid to explore human wretchedness through their bleak mysteries, though it lacks the subtlety, and thus the surprise, of In the Bedroom (2001).

Dread, heralded in the film by the thuddingly obvious ‘menace’ music of Jóhann Jóhannsson, is the film’s main dish, not its seasoning. While not as extreme as Incendies (2010), Villeneuve’s Oscar-nominated breakout film, which bludgeoned the viewer with tragic coincidences until its final oedipal whammy, the predilection here for piling on the misery to the point of melodrama makes Prisoners just a tad over-egged.