Ghost in the Shell review: Scarlett Johansson brings the human element to this flashy machine

from our forthcoming June 2017 issue 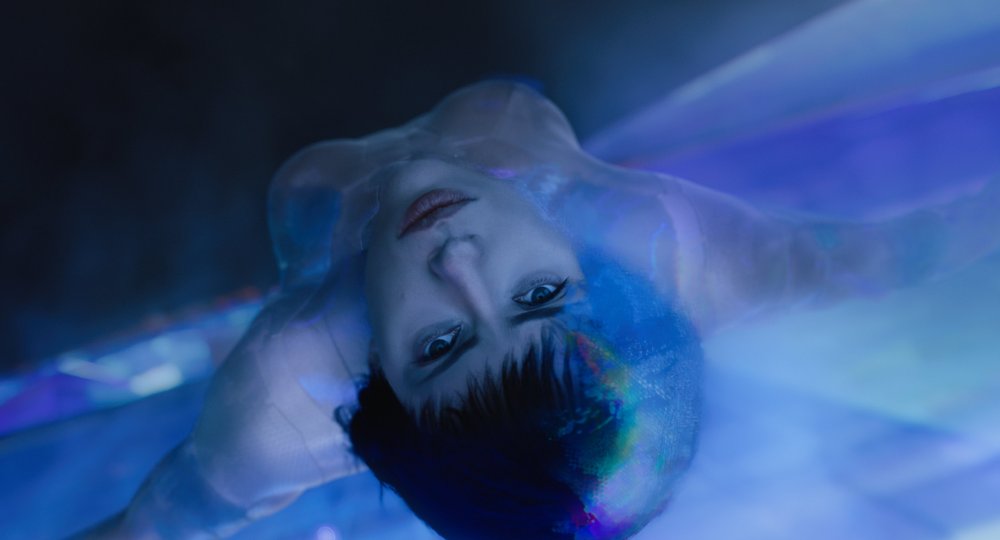 Many phantoms flit around the sleekly kinetic and visually arresting cyberpunk thriller Ghost in the Shell. Haunted by the several incarnations of the cult franchise that sprang from Shirow Masume’s original manga comics, Rupert Sanders’ accomplished live-action adaptation elects to co-opt some elements and pare back others, with undeniably entertaining if variable results.

Melding the bustling techno-dystopia of Mamoru Oshi’s classic 1995 Japanimation version with plot elements from the 2002 Stand Alone Complex TV series, the film (like its weaponised cyborg heroine) is a glossy, expertly augmented hybrid. Its pick-and-mix approach even extends to some shot-for-shot homage to Oshi’s film, in an arresting ‘shelling’ scene opener showing the high-tech Frankenstein assembly of anti-terrorist cyborg-warrior Major around the brain of rescued refugee ‘Mira’.

Discarded, however, is Oshi’s energetic exploration of the philosophical questions raised by the existence of cyborgs. Far more interested in heavy-weapon duels than Cartesian dualism, the live-action version slims the Ghost in the Shell story down chiefly to its action elements. Most audaciously, it chooses to treat Major’s creation as a superhero-style origin story. Where Oshi’s version is most concerned with what Major will become, Sanders’s film is intrigued, in a Bourne-ish fashion, by how she came to be. 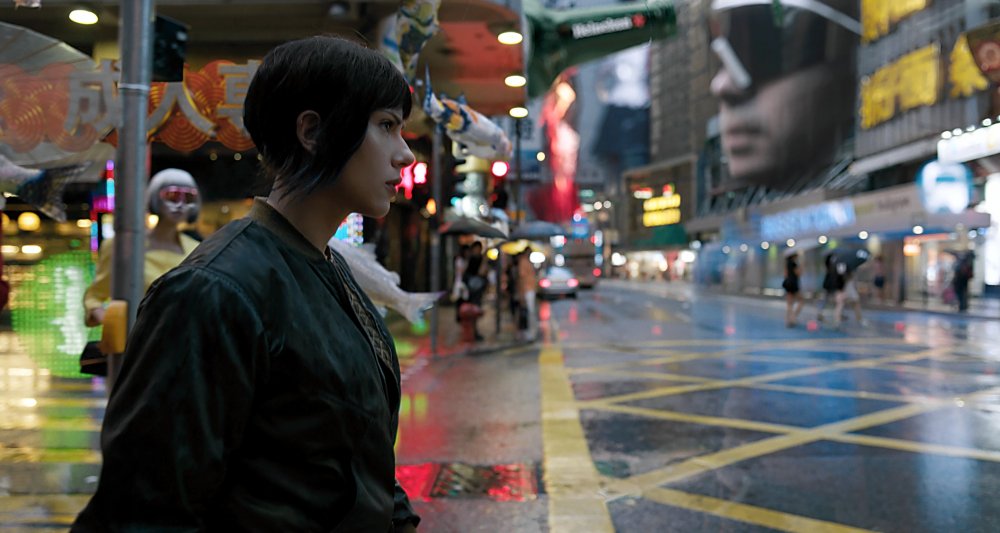 Rather than curiosity at the prospect of a human-techno fusion, the film registers a palpable anxiety. In the brave new world of New Port City, where people are routinely adulterated with technology, the villains are those who sacrifice the human to the machine. With an underlying unease at the idea of the Post-Human, the film barely touches on the interesting question of whether adulterations are an imposition or an evolution. Compared with Westworld’s sophisticated examination of the sentience of synthetic beings, it looks frankly perfunctory.

Similarly, there’s little interest in questions of sexuality and gender around cyborgs. A determinedly sexless Scarlett Johansson plunges through much of the film clad only in the Major’s nipple-less, flesh-coloured bodysuit, her curvy, shiny, stylised form recalling Metropolis (1927) but resembling a battling shop mannequin. There’s a bat squeak of attraction as she runs her hands over the freckled face of a human hooker, but she’s motivated by hunger for connection rather than carnality. 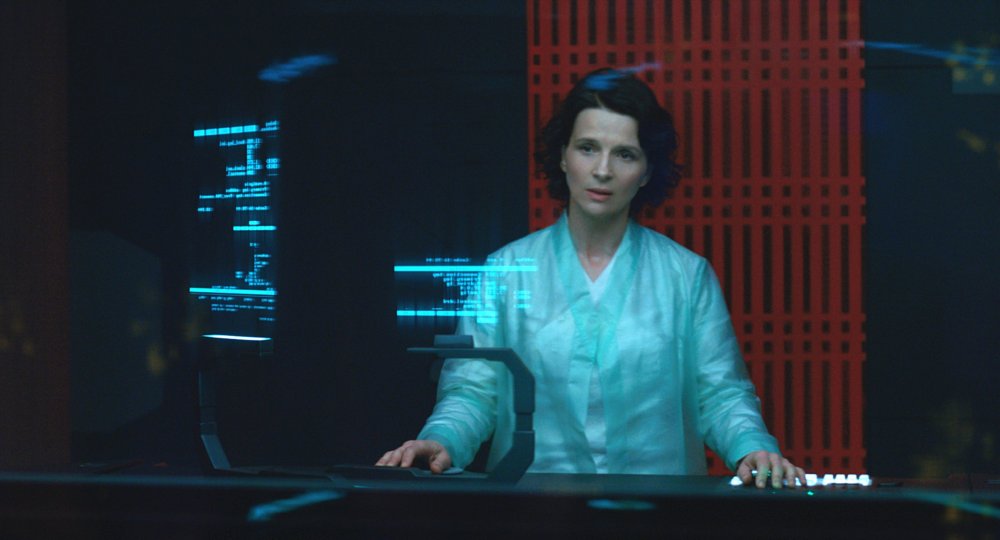 They’re window-dressing, however, in a piece that is forever rushing to the next action sequence. Skilful if derivative, in that ubiquitous CGI-heavy, Marvel Universe fashion, they vary from a brilliantly flashy gun-battle with deadly geisha-bots, and the soaring slo-mo water of a smackdown fight in a flooded plaza, to a confusing and overblown finale.

Consistently elevating bullet-riddled spectacle over substance, the film’s treatment of its characters is essentially functional, using them as moving parts in the narrative’s well-oiled machine. Yet underneath the relentlessly busy plotting lies a comparatively simple revenge story, rather than a twisty Matrix-style yarn. Rattling along at high speed, and in vertiginously swooping 3D, it’s nevertheless a thrill-a-minute ride (especially on an Imax screen, where the images have startling clarity). Designer Jan Roelfs’s minutely-detailed concrete and neon dystopia, packed with Blade Runner-style bobbing 3D holograms, Total Recall-style nightclubs and RoboCop-style shootouts, starts to pall, however, once you realise that it’s not in the service of a bigger idea. There’s no Verhoeven political satire or black comedy, none of Besson’s sly exuberance or Ridley Scott’s lofty themes: just run-and-gun action through these gorgeous vistas. 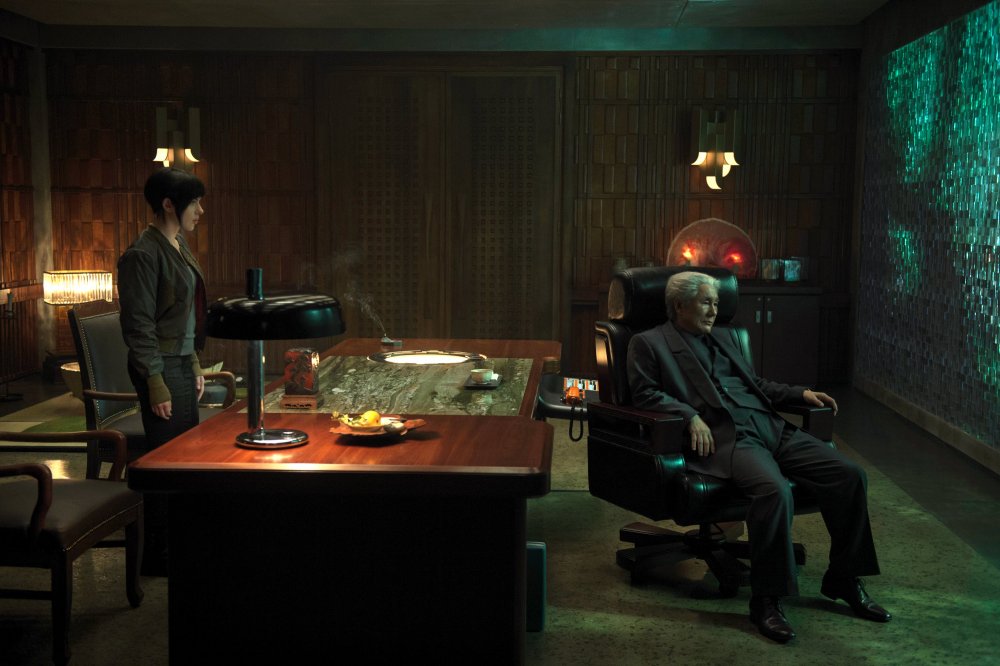 What keeps the film from feeling like a slick piece of franchise-prep is (appropriately enough) the human element. Both casting and performances are excellent, with Pilou Asbaek’s laid-back sidekick Batou, as well as Binoche, bringing unforced warmth to what’s otherwise a chilly picture. Kitano Takeshi’s stillness and sheer authority as squad leader Aramaki elevates the workmanlike dialogue (his is in Japanese throughout, a nice touch).

But it’s Johansson who energises the film, and gives it an odd kind of gravitas, particularly in her exchanges with Michael Pitt’s broken, vengeful Kuze. She’s been heavily otherworldly onscreen in recent years, from her alien seductress in Under the Skin, through Marvel’s superhero Black Widow and the superhuman protagonist of Lucy, to a parcel of pure AI in Her. But this time around, despite Major’s completely synthetic carapace and identity crisis, she emanates a dogged vulnerability that’s supremely human.

Related to Ghost in the Shell review: Scarlett Johansson brings the human element to this flashy machine