Games, traps and crises of identity and mortality loom large amongst the best conceptual science fiction on offer in this year’s London showcase. 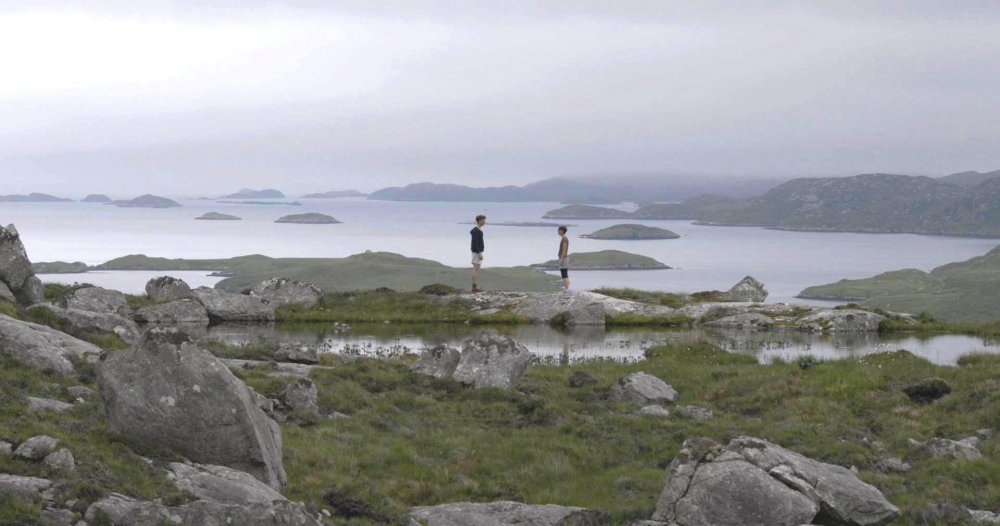 The very label ‘science fiction’ speaks of a collision between bounded realities and less bounded speculations. And indeed, while this broadest of genres can certainly accommodate all manner of spectacular actions and space operas, it is often at its best when privileging big ideas. So without further ado, here follows a preview of some of the more cerebrally inclined entries in this year’s Sci-Fi-London festival: films that present a cinematic stage for thought experiments and philosophical enquiry.

Take Marc Lahore’s The Open (pictured above). Though set amidst a long-running global war, the film keeps combat at its periphery while placing at its centre a strange oasis of improbable pacifism. While battle planes roar over a bleak, wintry shoreline, a grief-driven coach and two traumatised tennis pros ignore the surrounding mayhem. Instead they mime out a constructed, rule-bound scenario of peace-time normality: a mixed-sex tennis tournament without racket strings, balls or even an audience, reminiscent of the final scene from Michelangelo Antonioni’s Blowup (1966). As the two shell-shocked players gradually fall in love, and the stakes, for all their wilful emptiness, intensify, the film presents an alternative, entirely fictive form of conflict resolution in the face of mutually assured mass destruction.

Likewise concerned with game-playing, albeit far less visually austere, Samuel Schwarz and Julian M. Grünthal’s hyper-stylised Polder riffs lysergically on the eXistenZ-ial conundrums raised by a new immersive video game whose chimerical characters and settings are hard to distinguish from non-virtual reality, even as they simultaneously mirror and mask the horrors of their developers’ exploitative commercial activities. As Ryuko (Nina Fog) searches these disorienting digital landscapes for her lost husband – and the game’s creator – Marcus (Christoph Bach), we end up in a bleak locked-room mystery unfolding in a locked mind. 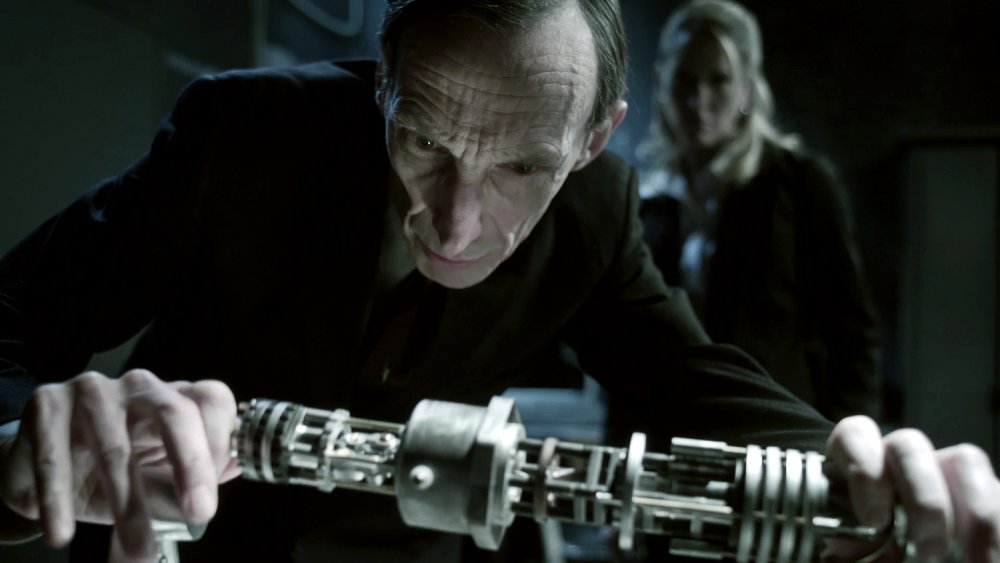 There are several more variations on the locked-room mystery at this year’s festival. Gaurav Seth’s Prisoner X examines the post-9/11 global climate by showing a battle of wits between a CIA agent and a time-travelling, miracle-working PoW who, over the 15 years since his 2002 capture, from deep within the confines of his isolated high-security cell, has somehow been influencing a global terrorist revolution. It has a few too many twists for my taste, pushing its already overdetermined plot beyond all grounded credulity, but its point about the bunkered politics of fear is well made.

Superficially similar, if much better, is Travis Milloy’s dystopian Somnio, in which Frank Lerner (Christopher Soren Kelly) awakens to find himself in high-tech solitary confinement, his sole company by day the disembodied voice of his chirpy Life Support Officer Howard (Jesse D. Arrow), and by night the dreamt-up half-memory of cafe barista Gabby (Cassandra Clark). Over the passing years Frank searches both his limited environment and his looping subconscious for a way out of these straitened (and gradually deteriorating) circumstances, the film locking him in a clever merger of Duncan Jones’s Moon (2009) and Source Code (2011). Here the narrative pieces all fall eventually into satisfying place, while the film’s careful segregation of mind and body still leaves room for escapist ambiguity in the end.

A different kind of trap is depicted in Johnny and Leonora Moore’s Made in Taiwan. Here experimental filmmaker Jack (Alexander Jeremy) anonymously releases a new kind of feature that induces narcotic reveries in its viewers – only to find that his films’ popularity attracts piracy and criminal takeover, even as his own overexposure to their hallucinogenic material is undermining his sense of self. The resulting Videodrome update is a self-reflexive paranoia piece concerned all at once with the shrinking place of the auteur/artist in the public release and ‘ownership’ of a movie, with the death of film in the digital age and with the potentially dangerous repercussions of an art form that encourages narcissistic addictions and heady flights from reality.

Other films put the philosophy of mind and identity through genre’s paces. In Justin Bull’s Merge, for example, when adolescents in a small Vermont school start ingesting mind-altering (and crudely hacked) nanotechnology to improve their test grades, there are unforeseen consequences as their mental and emotional states blur into one collective, heralding a new stage in human evolution. Presented as a teen movie whose near-future technologies are grounded by snowy Vermont locations and kids just being kids, Bull’s film speculates on what the next step might be in the social media-led race towards groupthink and the hive mind, and on how peer-group pressure and even mental illness might come to bear on any collective consciousness. 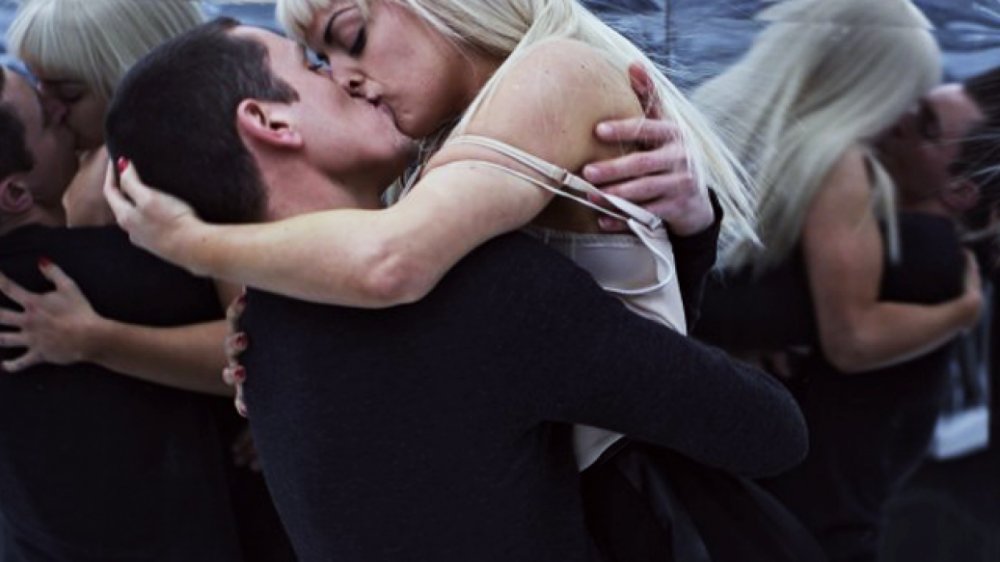 Simon Pummell’s Identicals posits a future where you can become a ‘Brand New-U’ (the film’s original title), just so long as you are willing to kill your own past and never look back. After his girlfriend Nadia (Nora Jane Noone) half-heartedly makes arrangements for a new identity in order to extract herself from their imperfect relationship, Slater (Lachlan Nieboer) finds himself the chief suspect in her murder, and has little choice but to change his own life – but he proves unable to put Nadia behind him, and so must come into violent confrontation with his other, equally conflicted parallel selves.

With its SF concepts always remaining only vaguely defined, Identicals is best regarded as an extended metaphor exploring not only the adaptability but also the continuity demanded of personal identity amid radically changing circumstances. Think Eternal Sunshine of the Spotless Mind (2004) reimagined as a coolly elegant, noir-shaded thriller – although with perhaps a little less coherence.

If Identicals is concerned with the multiple variant identities that make up a self, Gene Ivery’s Tourbillon is instead preoccupied with the strange fixity of identity that comes with immortality. Ever since a genetic experiment in 1932 left Daniela (Cortney Palm) stuck in her youth, she has, over the passing decades, lost all sense of passion and purpose – a condition not helped by the sheltered existence she has been encouraged to lead by a family that may not always have her best interests at heart. Presented with the possibility of both an outside lover and an antidote to her everlasting life, Daniela is not sure who she can trust as she must make what is her first momentous decision in a very long time.

Again, as with Identicals, Tourbillon offers the barebones of genre furnishings (world-changing science, cloak-and-dagger intrigue, dynastic tragedy), but for the most part it’s more interested in viewing the ephemerality of human endeavour from the perspective of eternity. Ivery shoots Daniela’s experience with a naturalism that matches the quotidian quality found in her audio-diary entries, while simultaneously capturing her ever-adolescent disconnection from the norms of chronology through a fragmentary, time-leaping narrative structure. 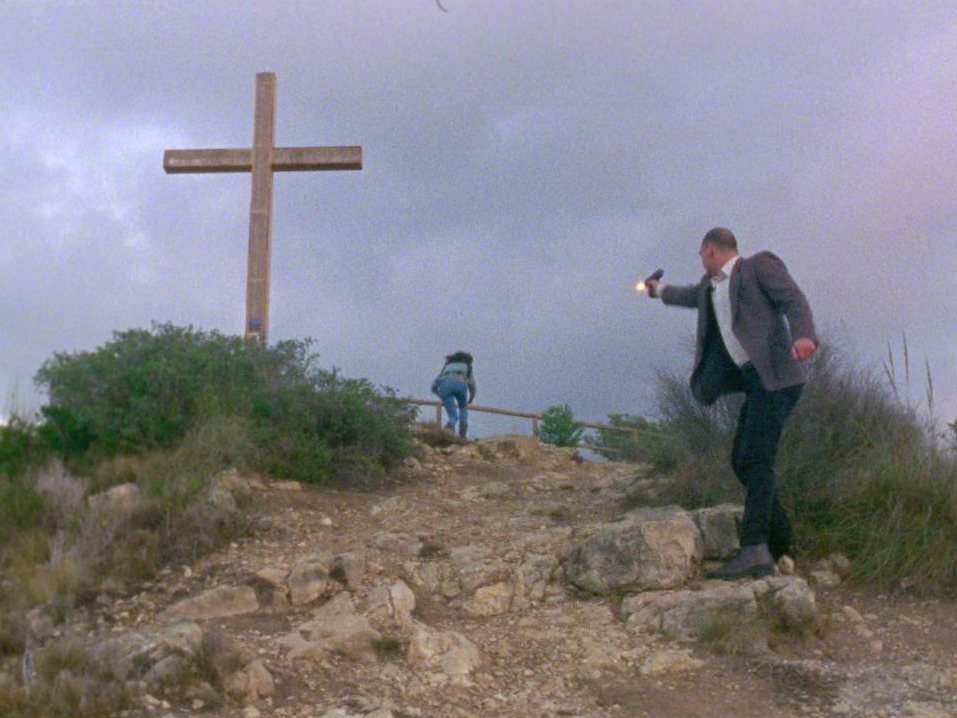 I’ve reserved my two festival favourites till last. If Blade Runner (1982), in its various cuts, has proved to be one of science-fiction cinema’s most influential works on memory and mortality, then Ion de Sosa’s Androids Dream, drawn from Philip K. Dick’s 1968 source novel Do Androids Dream of Electric Sheep?, represents a strikingly improbable reimagining.

The year may, as text at the beginning baldly states, be 2052, but Androids Dream has been shot on outmoded 16mm and in the concomitant, decidedly old-school Academy ratio – and its urban location is not some gaudy future-noir metropolis but the very recognisable high-rise of Benidorm, a once modernist city which has already seen better days. Here everything comes inscribed with a use-by date – and as the camera, pursuing a style midway between city-symphony documentary and family video, tracks ordinary people engaged in mundane activities, we see them shot down, one by one and without mercy, by a bounty hunter (Manolo Marín) eager to purchase for himself one of the last sheep in existence.

“What if it dies? What guarantee do I have?”, our murderous antihero asks the animal saleswoman, in words that resonate across time and space with Blade Runner’s repeated line, “It’s a shame she won’t live – but then again, who does?” It is a memento mori in a film where death comes swiftly and suddenly to everyone, and where the future represents little fundamental advance on the past. 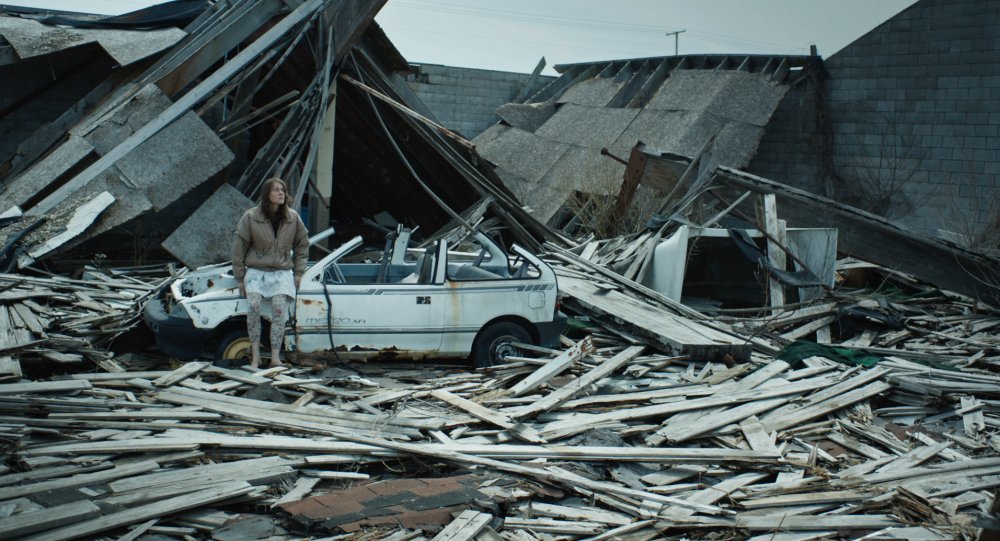 Best of all, and also concerned with memory, is Claire Carré’s Embers, which envisages a post-apocalyptic society stripped of all working memory by a pandemic virus. A couple must rebuild their forgotten relationship every day. A man with no meaningful reference points tries to explain time and space to a child with no language – and, upon finding a discarded umbrella, launches into the dance sequence from Singin’ in the Rain (1952) with no idea why.

A young thug is caught in a cycle of violence in which he is as much victim as perpetrator. An ageing academic creates a semblance of normalcy through reading and routine, and even tries to impart his knowledge to a younger stranger. And an adolescent woman – who has, since the outbreak, been living with her father in a minimalist bunker-cum-treasure-house – longs for raw world experience to complement her perfect recall.

Whether you regard Embers as an Alzheimer’s allegory or a broader investigation into the place of memory in our individual and cultural identity, Carré weaves from her ensemble amnesi-apocalypse a reflection of the human condition as philosophically compelling as it is emotionally intelligent, while celebrating our species’ tenacious resilience, and optimistically implying that a flame can again be fanned from any embers. No film has either moved or provoked me as much this year.

Related to Lost in inner space: ten highlights of Sci-Fi-London 2016