I sing the body elastic: a lament at the straightening of superheroes 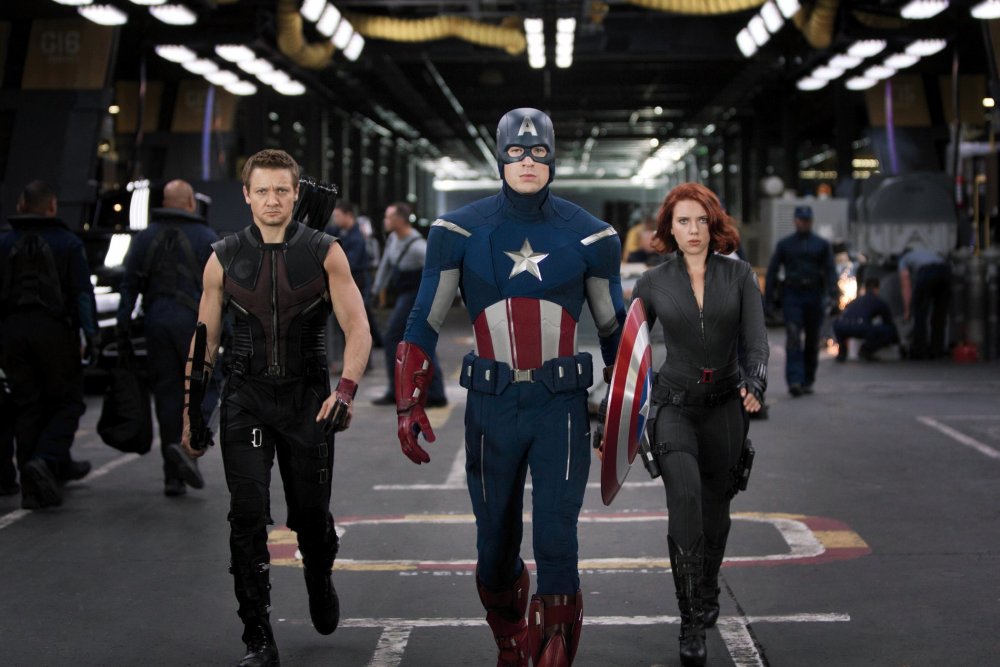 In need of heroes, hopeful eyes turn to Frank Zappa. His vision of an Übermensch was Studebacher Hoch, “fantastic new superhero of the current economic slump,” of whom little was known beyond rumours in the pages of Rolling Stone. Apparently a terrific dancer. “When a person gets to be such a hero / And marvellous beyond compute / You can never really tell about a guy like that.”

Lucy is now out on DVD and Blu-ray and is reviewed in the October 2014 issue of Sight & Sound.

Stude might have to get his act together if he wants a film franchise, since superhero ambiguity is out and moral clarity is in. Market forces have led the slickest entertainment corporations in the world to bite down hard on the literature of American comic-book superheroes: a loose canon of wish-fulfilment myths, social commentary, agitprop and soap opera, often created on a shoestring by urban leftists and the occasional rightist outlier.

The metaphor is apt. Books and plays are adapted into films in ways which elevate and redirect them (or not); but the current use of superheroes as feedstock for a tranche of mainstream films is an act of consumption on an industrial scale. Nothing about the resulting product is accidental, certainly not the way that stories originally aimed at the young have been absorbed into the portmanteau action-adventure-fantasy film genre through which adults can now self-medicate their anxieties.

What has survived this unnatural selection process and what has been lost? Facsimiles of Alan Moore’s iconoclastic stories have emerged from the pipeline occasionally, bruised and disorientated, but for the most part superheroes have been compelled to meet the mainstream’s expectations. And mainstream culture remains wedded to the myth of redemptive violence, a fact for which someday, someway, we will be held to account. “The belief that violence ‘saves’ is so successful because it doesn’t seem to be mythic in the least. Violence simply appears to be the nature of things. It’s what works,” wrote Walter Wink, not in fact speaking of the Marvel Cinematic Universe. 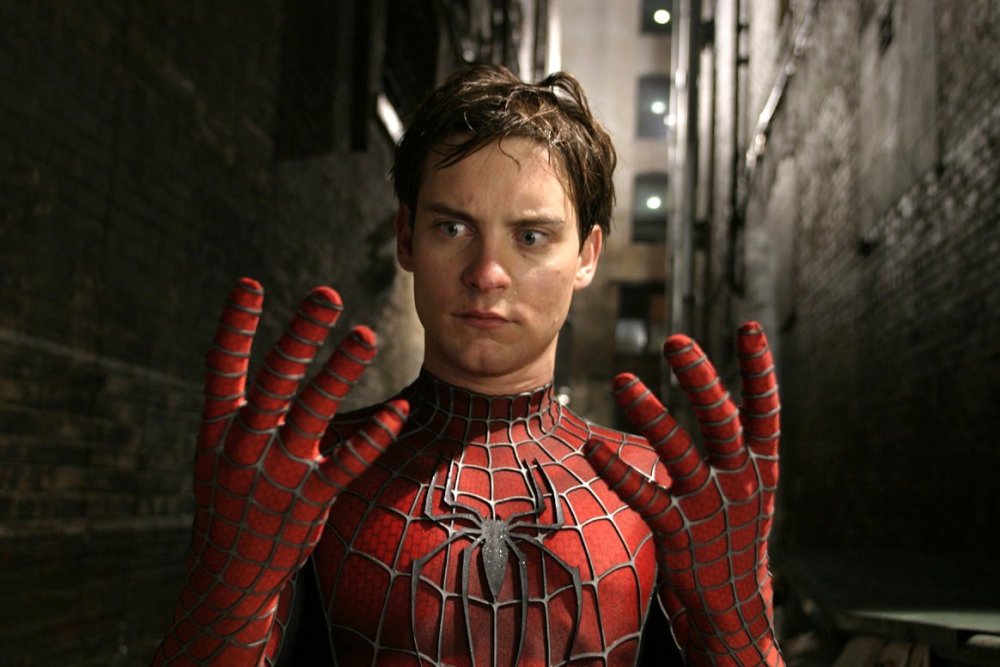 In the more leisurely partwork storytelling of the comics, multiple balancing factors came into play – crucially a queasy uncertainty about the amorphous human body. Flesh and blood, morphing under irresistible and incomprehensible internal pressures, is the stuff of mighty superhero fables, disquieting and empowering at the same time. It counterbalances the doctrine that order imposed from above is the only kind of order that matters; it reminds that mastering the world means mastering yourself.

But superhero films have become reticent about the new flesh. An echo of their body politics lingers from place to place – the X-Men and Fantastic 4 can hardly avoid it, although Tim Story’s two Fantastic 4s (2005/07) dared to think that pre-adolescent fun might be preferable to self-conscious maturity, and so earned a trip through the reboot machine.

Spider-Man should be closer to the elastic essence: a transformed human body; the exhilaration of falling; youthful revolt; hubris. Yet while the 2002 version of Peter Parker sprouted organic web shooters and evinced an unease in his own body only really acknowledged when Jack Black mocked it at the MTV Movie Awards, the 2012 model brought his hormones under control and mechanised his emissions. 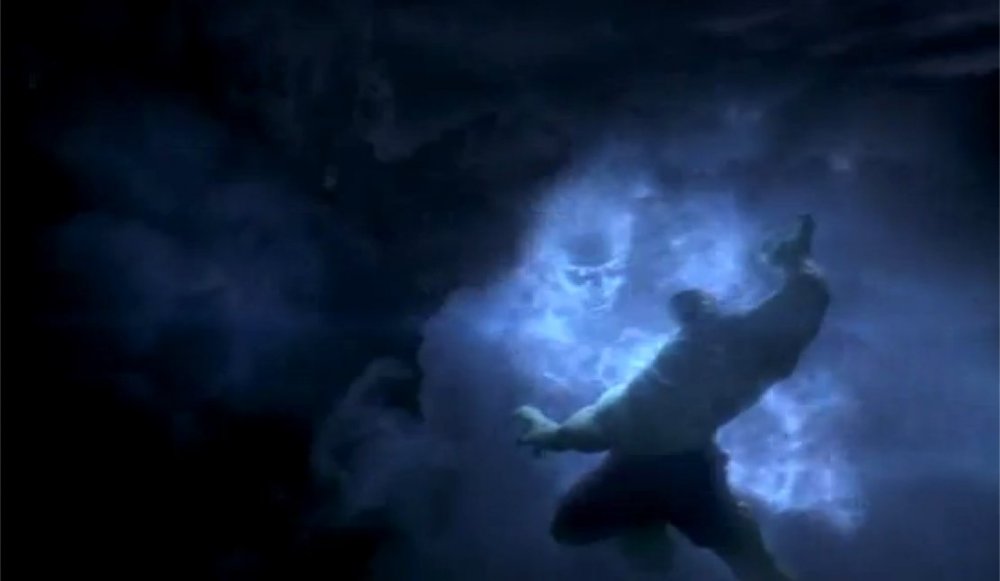 The Hulk has followed the strangest path, given that his first outing hit the thematic jackpot. Ang Lee’s 2003 film is on the outs with Marvel’s current architects, but mixes bodily anxiety and generational angst on a scale unlikely to be repeated any time soon. The purest moment of oddity in a Marvel film to date crops up near the end, when Bruce Banner and his monstrous father are (somehow) turned into elemental lightning creatures and flash across the night sky, caught in a series of frozen poses silhouetted against thunder heads while Danny Elfman thrashes the orchestra; transcendence and Oedipal terror yoked together in the same nightmare.

Bruce Banner doesn’t do that sort of thing any more, having fallen into the orbit of Joss Whedon and straightened out. Thanks to a narrative escape hatch in The Avengers (2012), Banner can now turn into the Hulk instantly at will because on some level he’s always angry – the horror of an adult’s ferocious bone-snapping id, now as weaponised as a child’s strategic temper tantrum.

Kevin Feige’s Marvel Studios empire, Avengers included, has yet to show much interest in these inner tensions at the heart of its properties. It prefers Whedon’s faith in collegiate group dynamics and the clash of witty social networks. The faint echo of screwball comedy that settles over the results owes a huge debt to DC’s mid-1980s Justice League comics, where screwball was allowed to flower fully, and presents superheroes as the hosts of a global rolling party, chasing self-amusement rather than self-knowledge. Screwball, much like Studebacher Hoch, steps forward during economic strife as medicine and distraction. 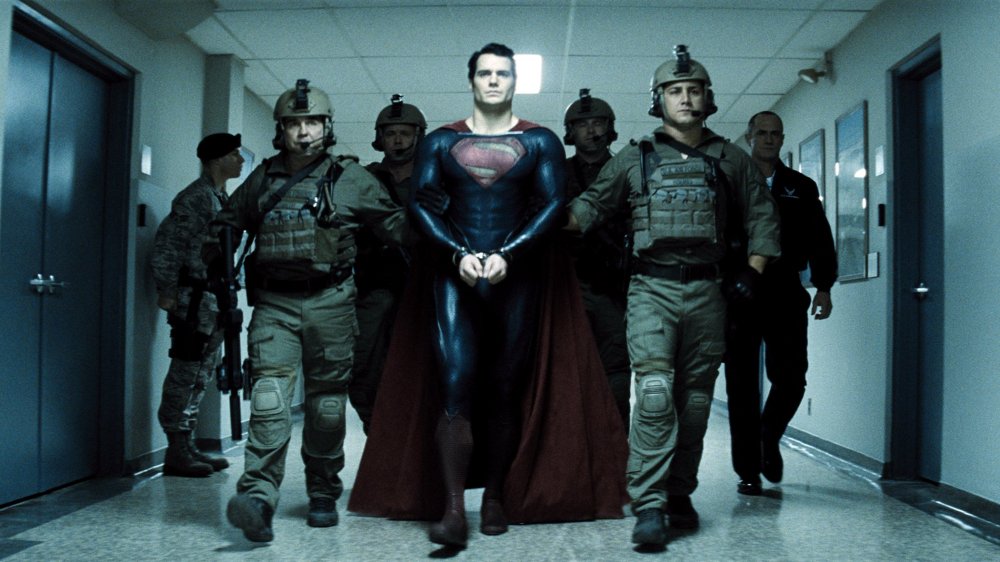 In theory it’s good for diversity that David Goyer stands at the other pole. The writer with his fingerprints on the DC icons isn’t oblivious to corporeal upheaval at all, but seems instead scared stiff by it. Many of Goyer’s recent superheroes – strange visitors, vampires, dark knights – wrap their bodies in costumes more or less indistinguishable from armour plate, overcompensating wildly for whatever inner passions are brewing by presenting themselves as slabs of immutable beef.

He also brings explicit politics to the conversation. The discourse about aims and means in Man of Steel (2013) resonated like a cardboard bell, but was still more effective than the hand-wringing paranoia that Christopher Markus and Stephen McFeely brought to caption Captain America: The Winter Soldier (2014), which preached the monomyth of covert corporate menace in that way that only overt corporate monoliths can pull off. From his position piloting the Warner Bros frontrunners, Goyer is aiming at semiotics; no bad thing in an author of power fantasies, but DC’s stable can seem more fragile than Marvel’s if winnowed down to shallow ciphers.

This may soon cause problems of its own, when we see what Goyer and Zack Snyder make of Wonder Woman. Cultural theorist Scott Bukatman noted 20 years ago that female superheroes in comics were empowered at last: empowered to be just as prosaically masculine and armed to the teeth as the males. Fantasy films have fallen into the same rut, with renowned independent thinkers Snow White and Maid Marion recently compelled by movie plots to climb into suits of armour and solve their problems with swords: fantasy characters taking their own metaphors literally in ways that manage to be both drastic and dull. If Wonder Woman, a richly amorphous character with prosaic and radical implications, lands within a country mile of being a distaff Superman, the film makers will deserve the raspberries. 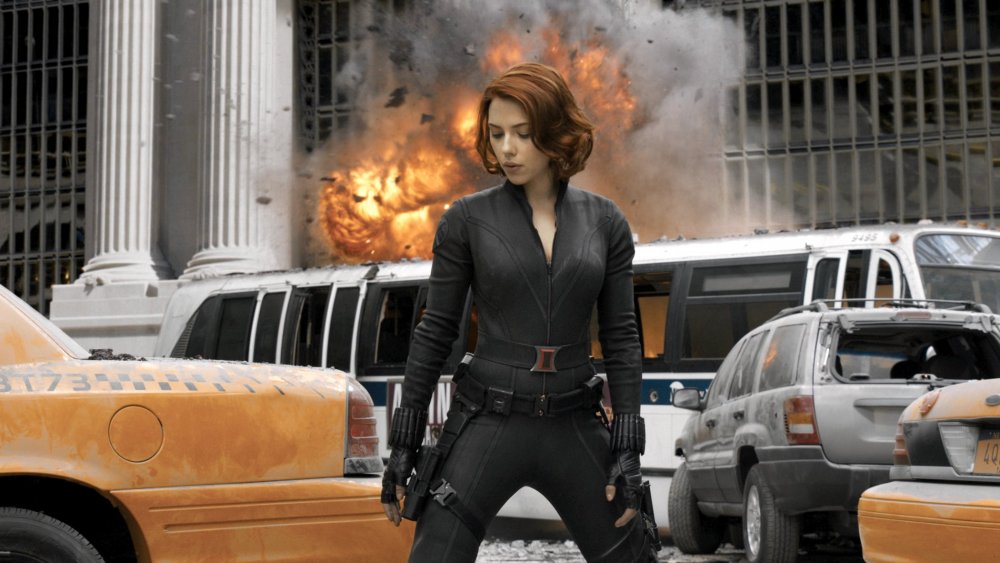 Until then, we have Scarlett Johansson. The Black Widow has followed the Hulk through a Joss Whedon paint job, emerging cool under pressure, richly sensual in unthreatening ways and totally one of the boys. Her superpower so far is delivery of a dismissive shrug of nonchalance, like the one directed at Jerzy Skolimowski in The Avengers just before she kicks him in the knee. She’s the most coolly restrained body in the current superhero roster.

Appropriately Johansson’s also one of the most disorderly recent bodies, in a film much closer to the roots of superheroes than average. Luc Besson’s Lucy is exuberantly unconcerned with making sense, willing to ignore an audience’s grasp of basic science on a scale reminiscent of the pre-internet heyday of Charles Band – or indeed of Stan Lee. Instead, it’s fascinated by Johansson’s unreliable flesh.

Keeping to Marvel’s map for the reluctantly transformed, Lucy follows the path from vengeful to benevolent to transcendence. Women achieving grace through suffering is a Besson staple too, along with a design sensibility borrowed from bandes dessinées; he consummated that relationship in 2010 with The Extraordinary Adventures of Adèle Blanc-Sec. (Besson also co-created Taken’s Bryan Mills, a mirror-universe Bruce Wayne if ever there was one.) 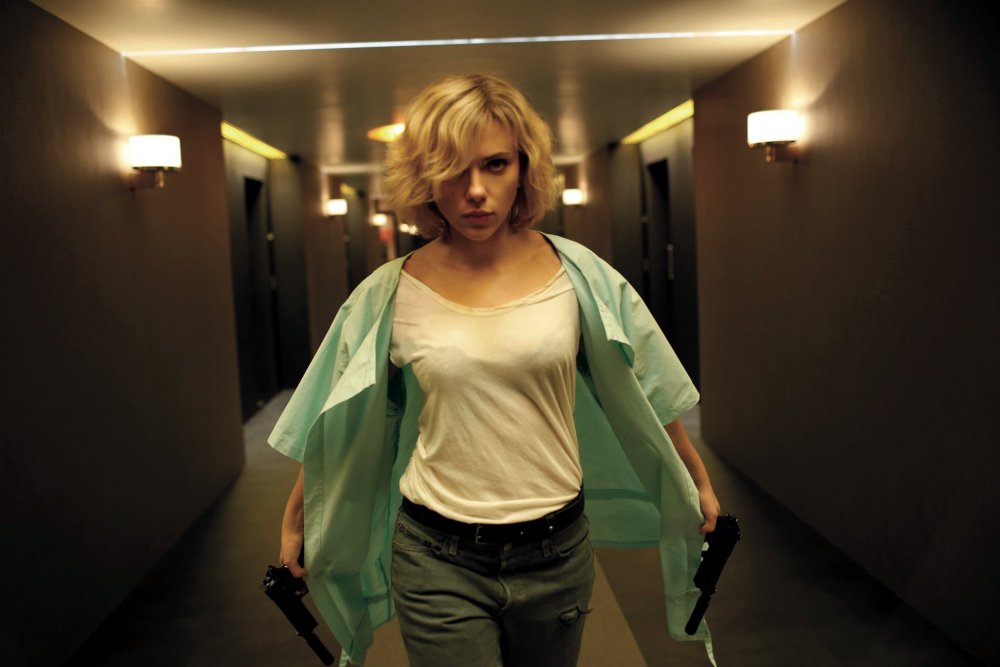 So in Lucy, superpowers for once take their owner to the correct destination: she embraces all the implications of her unruly shell, en route to infinity and beyond. Franchise engineering breeds inflexible superheroes, cutting them off from humane change and decay until the image rights expire or the box office declines; but Lucy doesn’t have that obligation. Stuck in a permanent state of revolution, a Westerner lit up by several kilos of fresh Eastern potency, she resolves her identity crisis by sloughing the dead thing off entirely.

“I’m sure that love will never be / A product of plasticity,” said Zappa, although it suits Lucy just fine. But he meant it as a curse on conformity and consumerism, and so was spot on there too.