Zooming back in on its main techno-man – and switching hands to a different cult writer-director – the Marvel movie universe scores another irrespressible hit. 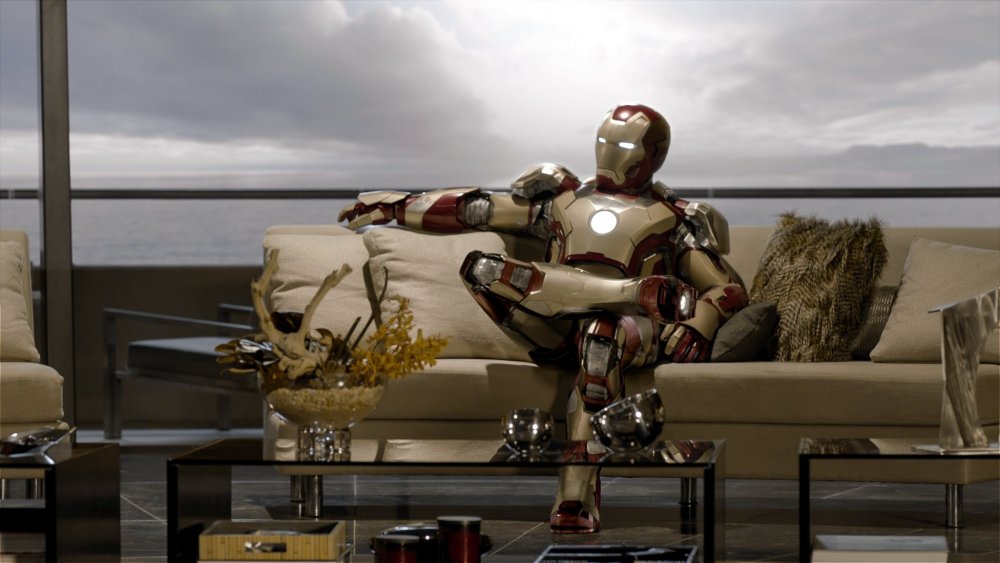 Initiating the ‘second phase’ of Marvel’s integrated movie plan – the first culminated in the team-up excess of last year’s Avengers Assemble – this finds Robert Downey Jr’s Tony Stark/Iron Man, very much the central figure of the company’s overall design, back on his own but suffering superheroic performance anxiety, as living in a world now demonstrably populated by aliens, gods and monsters makes his technology-assisted efforts seem less remarkable. Iron Man 3 also makes an effort to bring on new readers, or at least those who only joined the story with the Avengers movie, by starting from scratch with a 1999 prologue (establishing how a nerd humiliated can make a supervillain origin) and not drawing too much on plot threads outside Iron Man’s core title.

In the comics, AIM were an offshoot of Hydra, the ex-Nazi bad guys seen in Captain America: The First Avenger (2011), but here writer-director Shane Black makes them another business/technology rival for Stark, and develops AIM’s head honcho Aldrich Killian (Guy Pearce) as a dark doppelganger for the already troubled hero.

Transformed from a limping geek into a handsome boardroom shark by the ‘Extremis’ process – which changes a person’s insides in an inversion of Stark’s life-preserving armoured exoskeleton – he even dares to horn in on Pepper Potts (Gwyneth Paltrow), with whom Stark has been forging a grown-up relationship over the course of four films. Downey Jr’s showboating Stark is caught in a perpetual tug-of-war between maturity and irresponsibility, but needs to maintain a certain wiseass attitude (sometimes he might as well be called Tony Snark) to stay as entertaining as he is.

Like Joss Whedon, Black has a solid screenwriting CV but comes to this blockbuster after a single, culty directorial credit (2005’s Kiss Kiss Bang Bang). With Jon Favreau, director of the previous Iron Man films, still around in his sidekick role as Happy Hogan (in a coma for most of the film, but given more dignity than when Favreau was directing himself), continuity is maintained, but Black does bring his own, mostly comic chops to the saga.

Without shifting completely into camp, Iron Man 3 relaxes a bit between its astoundingly spectacular set-piece battles, rescues and stunts. A minor AIM goon gives up rather than get shot down like a thousand unbelievably motivated minions in superhero films going back to the serials of the 30s and 40s, explaining, “I don’t even like working here.” A closing credits sequence has a 1970s television vibe, with a catchy theme tune, and there’s a sense of fun in some of the unexpected character turns. Ben Kingsley delivers a new spin on a Fu Manchu knockoff villain who seems to have been reinvented as a cross between Osama bin Laden and the puppet baddie Kingsley played in 2004’s Thunderbirds, but then goes in a very different direction.

A mid-film stretch in which Tony, forced to improvise technology in a small town, hooks up with an admiring little kid, is a very funny subversion of the obsessions of American cinema in general and superhero movies in particular (“Fathers leave, don’t be a pussy, get over it”) yet still lets the most over-resourced hero in the book get back to cobbling together solutions from scraps and demonstrating that childish enthusiasm and ingenuity are as admirable as childish petulance and insecurity are annoying. 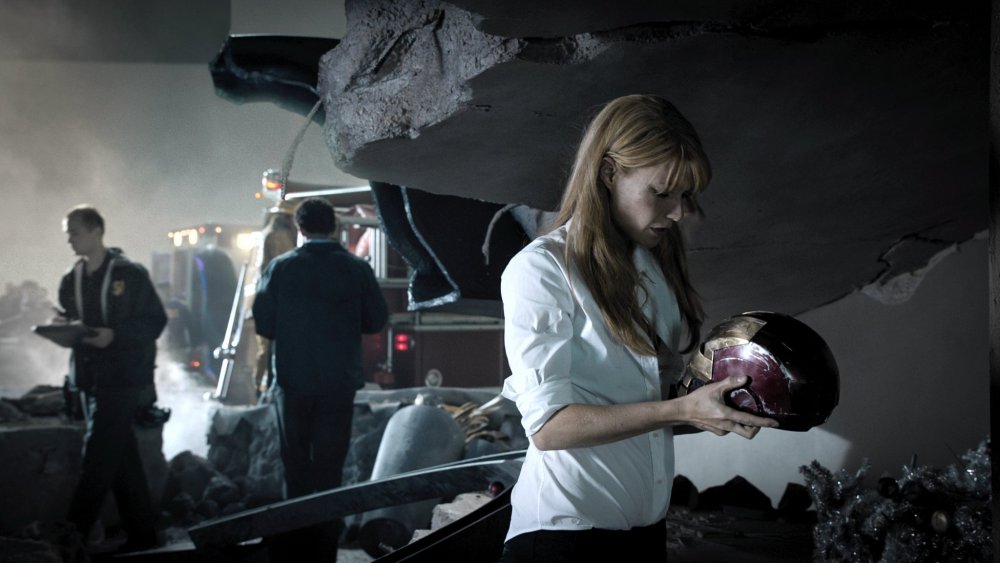 Given that one of the few real positive elements of the scrappy Iron Man 2 (2010) was the growth in the female characters and Tony’s increasing respect for them, it seems for a while that this is returning Pepper to the traditional role of nag-cum-hostage. At one point it looks as if the film might write her out – sustaining a superhero relationship past meet-cute has even been a challenge for Superman – but Black hauls Paltrow out of the fire (literally) for a final burst of action in which, fulfilling Gal Friday fantasies, she goes one-on-one with the film’s big bad while her boss is temporarily lying about being useless. If nothing else, this series deserves credit for unloosing Paltrow’s sense of fun… here she gets superpowers (briefly?) and trounces a villain, then has a sweetly self-conscious moment (“Oh wow, that was really violent”).

In creating its own developing, overlapping universe, Marvel is trying something that has few precedents in film – the Universal monster series of the 1940s comes closest – and that runs the risk of each individual movie feeling like a set-up for the next one (Thor and Captain America suffered a touch of this). But Black is intent on not going down that route, and little here feels like foundation-laying for the Thor, Captain America or Avengers sequels or such in-development properties as Ant-Man, Dr Strange and Guardians of the Galaxy. The now-traditional post-credits sting isn’t a hook for the next story – Samuel L. Jackson’s Nick Fury sits this one out and another Avenger puts in a welcome appearance – but a nice piece of character comedy that ties up this package.

Related to Film of the week: Iron Man Three