October’s Cambridge Film Festival was the 39th and last under the direction of Tony Jones, veteran impresario of the city’s Arts Picturehouse cinema and co-founder of the UK-wide Picturehouse / City Screen arthouse network. As he steps down and moves on, he reflects on a life of working with film. 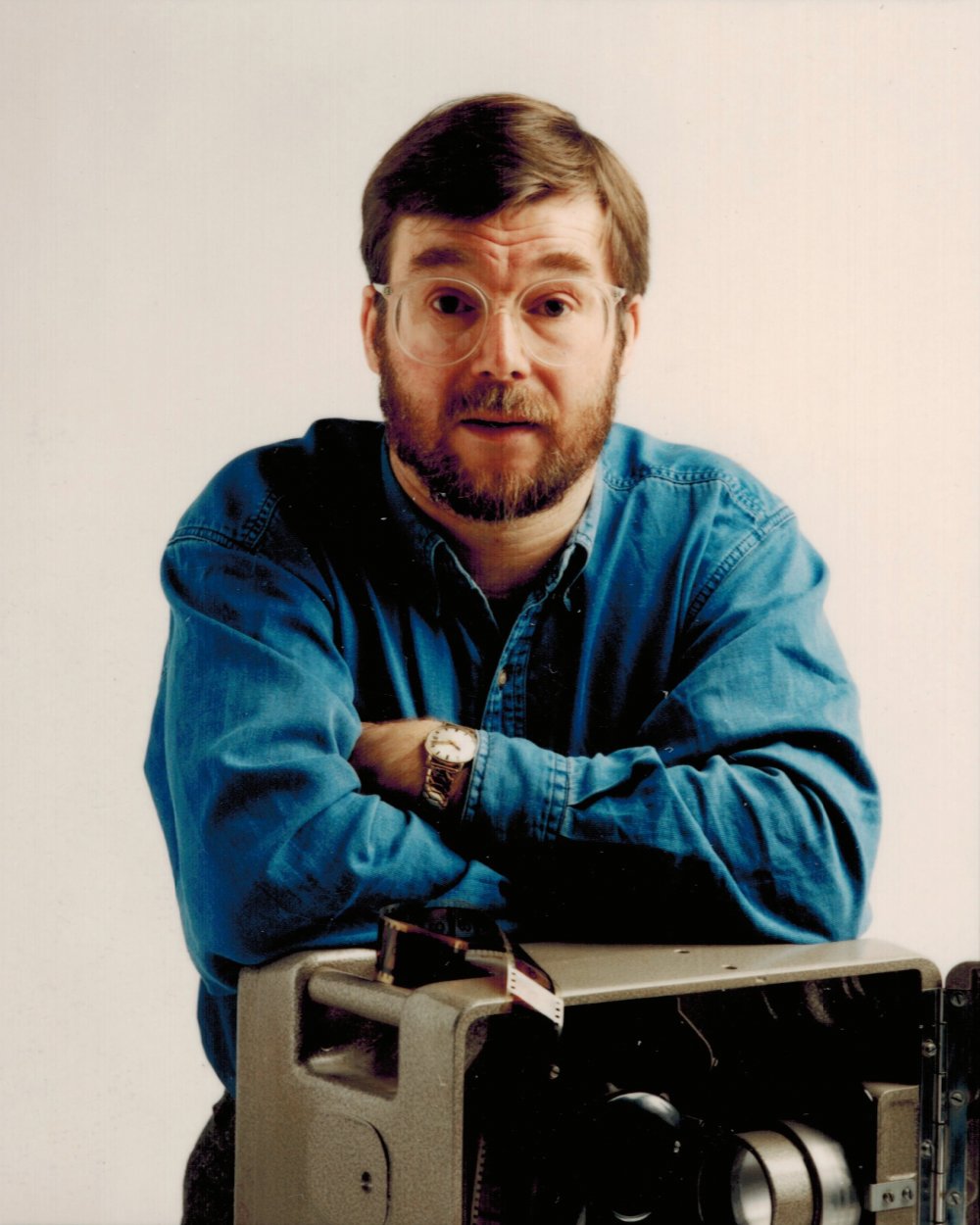 Tony Jones in 1989, at the formation of the City Screen chain of Picturehouses
Credit: Stills Commercial Photography, 1989

Modern art cinemas offer an image of the well-curated life – good food, guest ales and the latest A24 release, vividly imagined in an advert of a few years back in which a screening is arranged in an abandoned but not run-down church, as if spontaneously, to a twee lo-fi soundtrack. Tony Jones had a big hand in creating this world, but his heart belongs to an older one. Art cinema always has been entangled in the brute realities of property, finance, government policy and the not always purely philanthropic ways of the film business; but the distressed surfaces weren’t always so aesthetic.

We spoke for three hours during the Cambridge Film Festival, the event he has run for almost four decades and gives up this year. One hour was pure gossip; another made up of arcane references to long-gone local venues; the rest is fit to print.

Now occupying five venues and many more screens, the Cambridge Film Festival grew out of a small, shabby-genteel, single-screen, circa-275-seat venue with a history: the Cambridge Arts Cinema, one of the oldest British art cinemas outside London. Tony came to manage it around 1980, having been part of the collective that had turned the Birmingham Arts Lab into the city’s leading alternative film venue, after building it virtually from scratch.

The dimensions of the Arts’s site in Market Passage, a converted dancehall, gave him less room for manoeuvre. To begin with the projector was behind the screen; latterly it was at the level of the stalls; in both instances it relied on “a terrible mirror system” to get the pictures across, using only a one-kilowatt lamp, “and the focus wasn’t good”.

At Birmingham everyone took turns as projectionist – and all the other roles – and Tony’s conversation is peppered with references to mercury arc rectifiers and the like. Projection, specifically film projection, is everything. The Arts did have FP20 projectors, I learn, so it had something going for it. 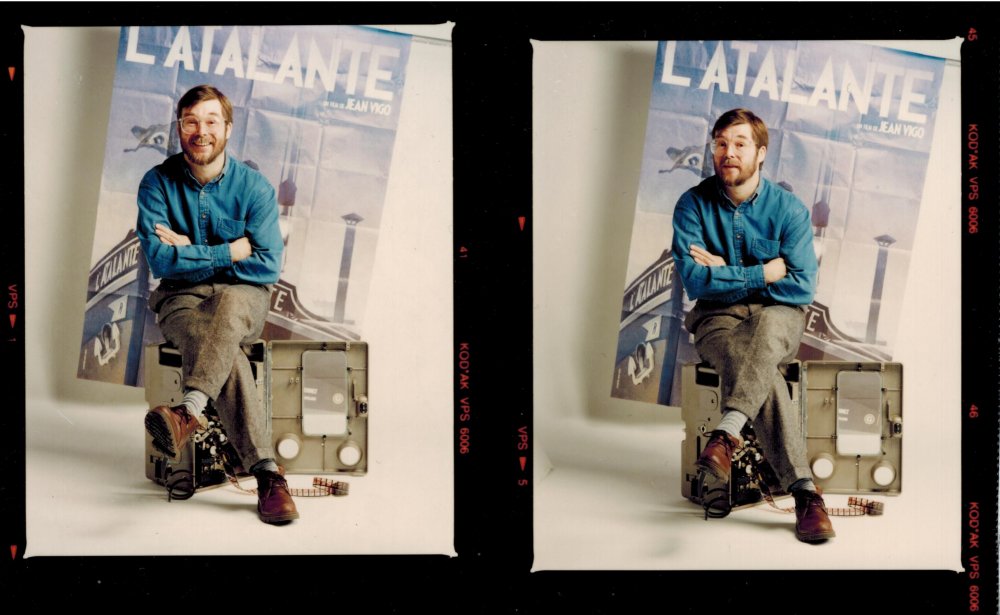 What the Arts did not have was good food, or bad food for that matter, or ales, or indeed drinks of any kind; there wasn’t room even for a kiosk. Nor did the fondly remembered ushers – Mrs Chalklie and Mrs Bland, who were not averse to “a bit of torch-bashing” when the students got out of hand – sell ice cream. Still, at least you could smoke. In the good old days, “there was a calendar outside the box office saying which were smoking performances. But it wasn’t a case of it being 2pm and 4.30pm: Monday it might be the first and the fourth show, and Tuesday second or third, or something; it might have been smoking all Sunday.”

Possibly the smell masked the worse smell coming from the drains outside, blamed on the restaurant upstairs. The seats had seen and absorbed many smoky Sundays by the time Tony arrived, though eventually he persuaded the Arts Theatre Trust, the cinema’s owner, also responsible for the theatre of that name, to replace them. “That was prompted by a screening of Syberberg’s film of Parsifal, when one of the trustees, Bernard Williams, then provost at King’s College,” which owns the site on which the Arts Theatre is built, “sat on a seat with a spring coming through his bum for about four hours. Afterwards he said, ‘Yes, I’ll approve Tony’s suggestion for new seats.’” It was only then that the smoking stopped, to preserve the new top-of-the-range Quinettes.

The Cambridge Film Festival slightly predated Tony’s arrival at the Arts, but by his account neither the venue nor the festival was setting the Cam on fire. The cinema was too reliant on filmed theatre productions, an ironic premonition of the current vogue for live-streamed stage entertainment, and while it was “a perfectly okay festival, it relied very much on government contacts, and using the diplomatic bag to bring over films – maybe the quality wasn’t so good but the films were free.” Tony’s festival, which at that time took place in July, began to compete for premieres with what was then the preeminent British festival, Edinburgh, then held in late August. In 1984 Cambridge had the British premiere of Wim Wenders’s Paris, Texas; in 1992 Reservoir Dogs. How did it win them? “By… force of personality.”

In the mid-1980s the venue benefitted from having had the premiere of local band Pink Floyd’s The Wall film during the 1982 festival. “They thought our PA system wasn’t up to much, so they loaned us equipment from Britannia Row, their sound company, and that equipment was in there from that period for a period of four or five years, until we finally got a call saying they’d like it back.” It was in place for the Talking Heads concert film Stop Making Sense, a late-night smash. Before students were allowed televisions, and well before they had laptops, it was not unusual for the Arts to sell out midnight screenings and get respectable audiences even later.

The cinema and the festival have a complicated relationship with the university that dominates the town, partly because the university, a many-headed beast, is itself complicated; King’s College is just one head among many. Although students used to provide a substantial proportion of audiences to both the cinema and the festival – whereas once it might have been more gown than town, says Tony, now it’s “more seniors than juniors” – it has only slowly started to teach film, and none of its countless auditoria, across its various colleges and faculties, has a top-line projection set-up, as Tony laments in some technical detail. 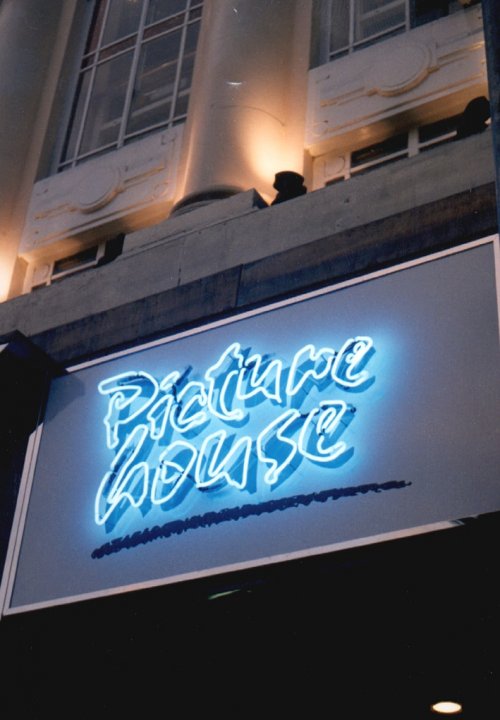 The exterior of the Cambridge Picturehouse

The Cambridge crowd was not always as high-minded as the Arts Theatre’s creator, King’s don John Maynard Keynes, might have wished. Tony recalls the 1989 festival, when a combination of Robert Bresson’s “transcendental” realism and John Cassavetes’s naive realism, both given retrospectives, “all but bankrupted the place”. (Cameron Crowe’s Say Anything… had its British debut in the same festival.)

By then, Tony was programming as a freelancer elsewhere, and it was in the same year that he and Lyn Goleby founded City Screen, trading name of what became the Picturehouse chain. Their first acquisition was in the not wholly dissimilar environment of Oxford; other key sites followed in Brighton, York and London. In 2012 the chain, by then 20-strong, was sold to Cineworld for almost £50 million, one hundred times the original investment.

Tony’s booking power, notably of the Curzon sites in the West End, made him a player. Only rarely did he get involved in distribution directly; at the international festivals where the deals are made, “I’d be much keener to say to Tartan, or Gala or anybody else, that we’d definitely be interested in doing it at the Curzon Mayfair, Soho and the key Picturehouse sites.”

He is as fond of recalling the names of the small distributors of old – Mainline, Miracle, Darvill – as he is of old projectors. The slightly bigger names of Barbara and David Stone (Cinegate) and Pam and Andi Engel (Artificial Eye) he remembers as “characters who had a great passion”; Andi and David so passionate that they might find themselves coming to blows. Latterly “it’s all got a bit consolidated.” 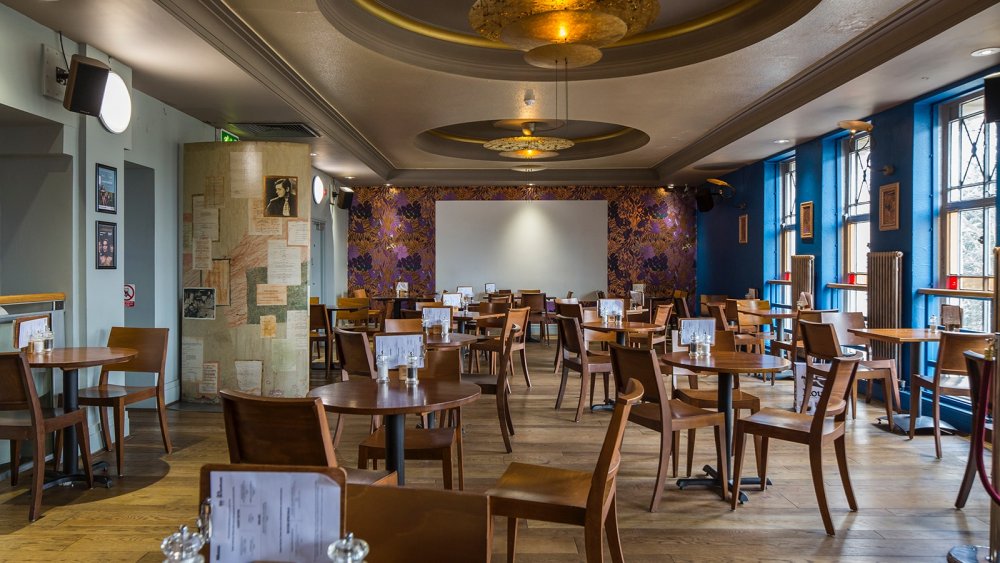 The bar of the Cambridge Picturehouse

In 1999 the Arts Cinema, and with it the Cambridge Film Festival, had to depart its home of more than six decades for what had been the town-centre ABC, becoming the Arts Picturehouse, a three-screen venue serving food at various temperatures and all kinds of drink. The site is owned by, and the bar overlooks, Emmanuel College, alma mater of the notoriously cinephobic literary critic F. R. Leavis.

After a few fallow years during the changeover, the festival returned in 2001 with the impressively uncompromising choice of Claude Lanzmann’s Holocaust documentary Sobibor, October 14, 1943, 4pm as the opening-night film. At Cannes, as Tony recalls, the film had been met with a standing ovation; at Cambridge, “reverential silence” – outraging Lanzmann, who misinterpreted it as indifference. “At the dinner he was in such a bad mood he recited God knows how many verses from Rimbaud.”

It is a mark of how good the festival has been that one finds one has missed quite a lot even of those editions one definitely attended. The 2003 festival, which I recall as having the British premiere of Haneke’s dystopian The Time of the Wolf, also saw a major experiment in digital projection (let the comparison be implicit). Arts Alliance, the outfit charged by the UK Film Council with advancing the latter’s Digital Screens Network, used the festival to determine the way ahead, says Tony. “Their early tests were here. We had all the different types of digital presentation, before they settled on a standard.”

This year, for the first time in the festival’s history, not one film was projected from a celluloid print. Last year the surprise film was a future Oscar-winner that was scarcely projected anywhere, Roma. Do you understand the meaning of the word foreboding?

Tony doesn’t act like someone who is about to retire, so I don’t ask where he sees the festival going without him. Heading into a seldom less knowable future it has a loyal audience served by an immensely dedicated team; the rest is luck. 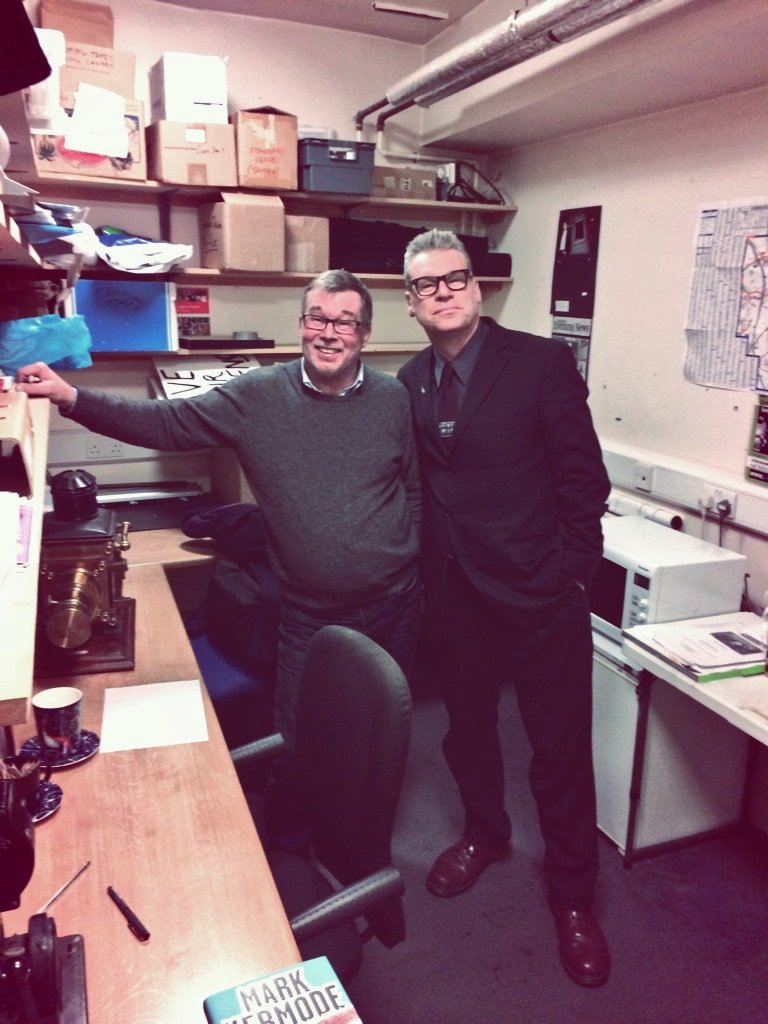 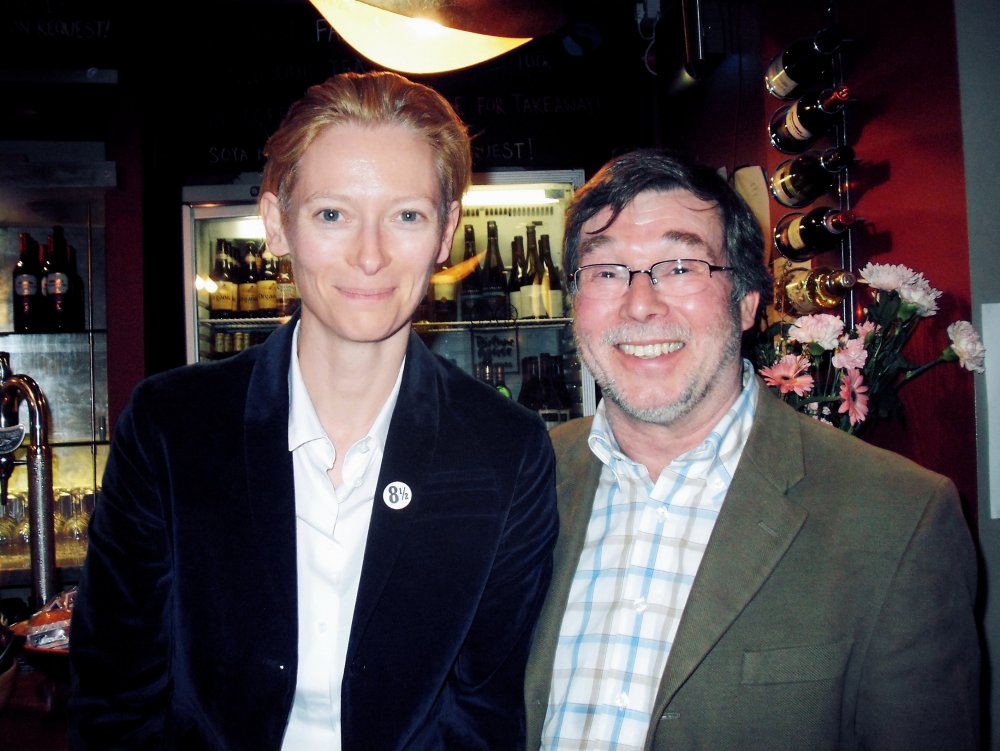 Tilda Swinton and Tony Jones at the Cambridge Film Festival 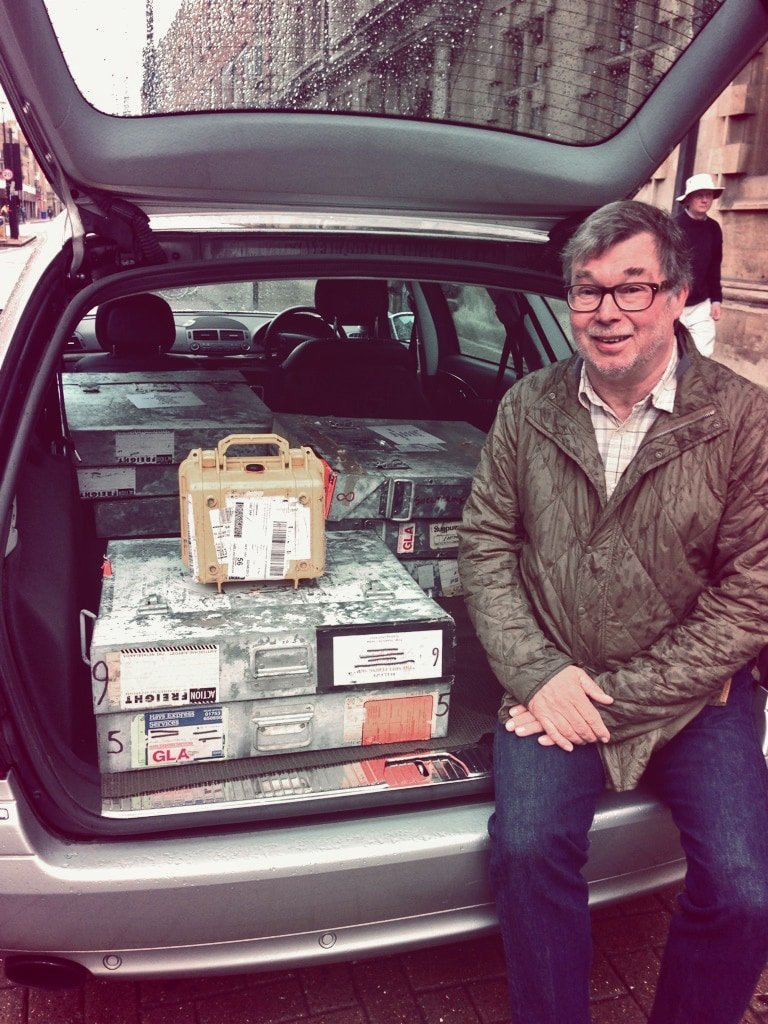