From promoting New American Cinema in the 1960s and founding the Gate chain in the 70s to producing movies for decades afterwards, Stone, together with her husband David, was at the centre of the international film scene for more than half a century. 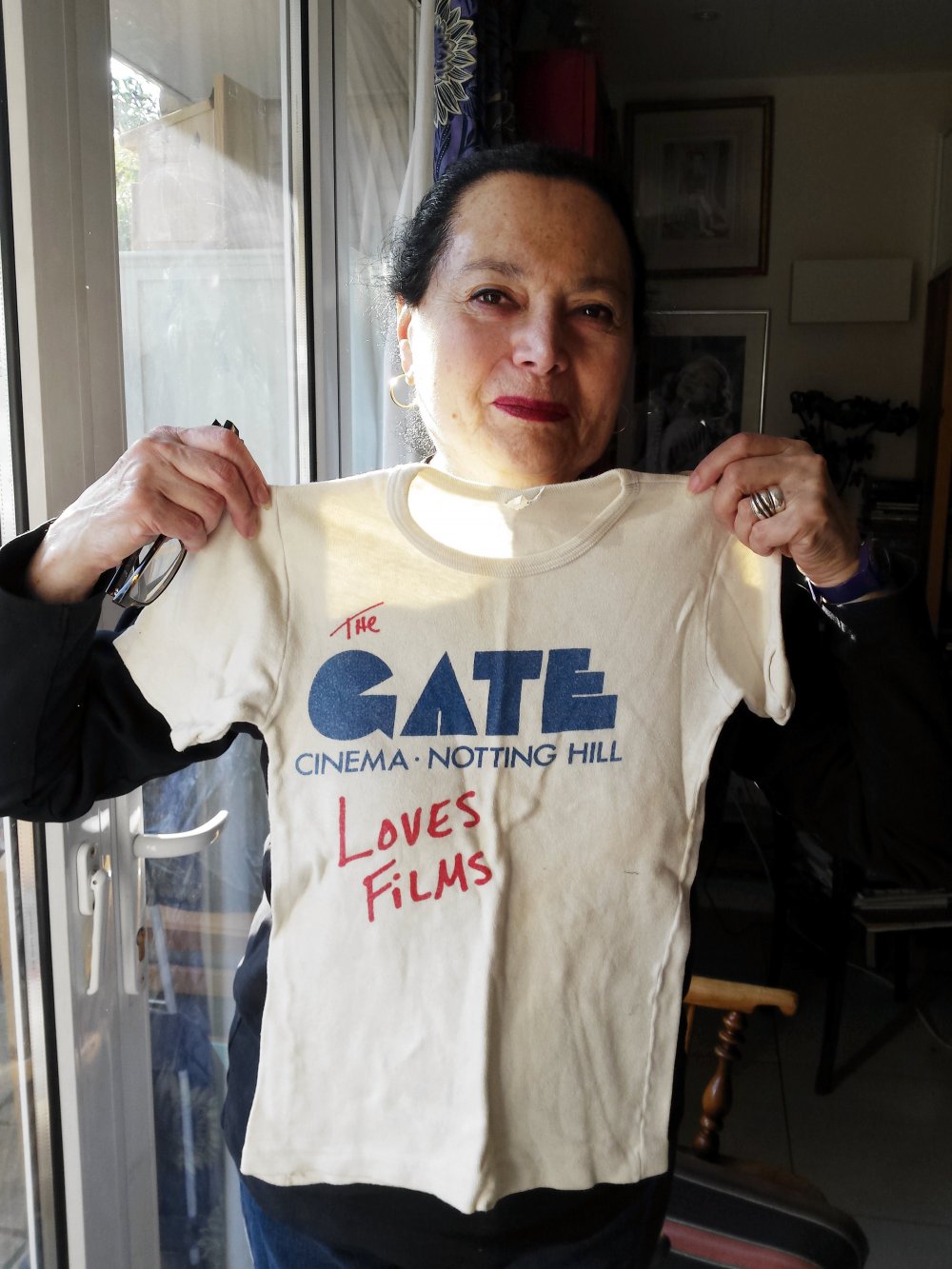 The Stones were a legend. For more than half a century David and Barbara Stone devoted all their prodigious energies to film, whether as producers, distributors, exhibitors, directors (briefly) or (always) facilitators. They were key to the unification and international promotion of the avant-garde New American Cinema of the 1960s, and to the golden years of arthouse cinema in Britain in the 1970s. When she died suddenly on 17 March, at the age of 83, Barbara still had plans.

“I was always in the thrall of moving images,” she remembered. Her New York childhood coincided with the 1930s’ and 40s’ universal lust for movies. Her father Morris Weintraub’s ambitions to be a lawyer were frustrated by the Depression, and by the 30s he kept an army surplus store, living with his wife Pauline and daughters Barbara and Cora over the shop.

Three times a week the Weintraubs went to the cinema on the corner of their Brooklyn street. On Sundays the family trawled 42nd Street for the best double-bills. Midweek, Barbara might steal five cents from her mother’s purse and loiter around the movie-house door to solicit some stranger to pose as the obligatory grown-up escort for any child. (“I quickly learned not to sit beside them once we were inside.”) The fan magazines were essential reading. 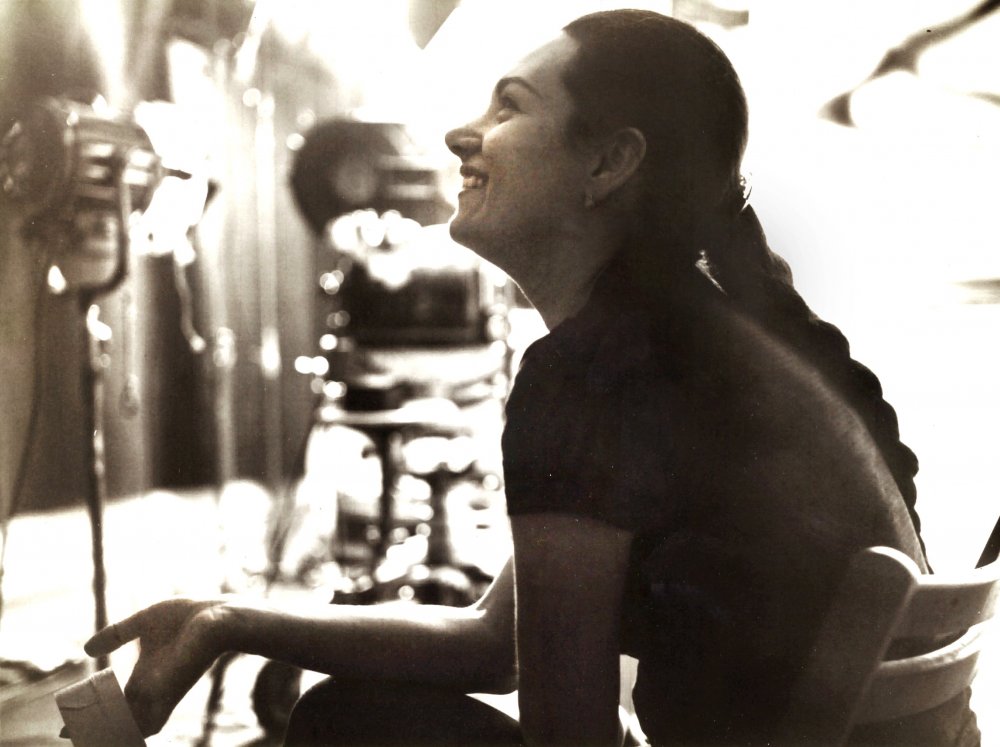 Barbara Stone on a film set in the 1960s

Tall and beautiful, she embarked on work as a model in New York’s Garment District, to pay for night classes in English literature at Brooklyn College. Fan magazines were supplanted by Film Culture, the avant-garde magazine published by the now-legendary Lithuanian refugee brothers Jonas and Adolfas Mekas.

Meanwhile her current date rashly brought David Stone along when he took her to see Doris Day in Love Me or Leave Me (1955). David and Barbara shared their distaste for the film: the boyfriend was soon forgotten and a life-time union launched. When David won $5,000 damages for a road accident injury, he called Barbara to tell her to quit her job. She went full time to Brooklyn College and took her degree. They married in 1957.

In 1961, touring Europe with friend, Barbara found herself at Gian Carlo Menotti’s arts festival in Spoleto. She reprimanded Spoleto for its neglect of film, and offered to remedy it. Back in New York she and David sought out the Mekas brothers, who in turn introduced them to Jerome Hill (1905-71), a painter, musician and filmmaker of talent, and grandson of a 19th-century railroad king. He seemed driven to expiate his family’s abuses of Native American lands by using his fortune – both in his lifetime and in bequests still ongoing – for cultural causes. His backing made possible Film Culture and more permanent Mekas enterprises such as the Film-Maker’s Cooperative and Anthology Film Archive, still flourishing today (as is Jonas, at 95). 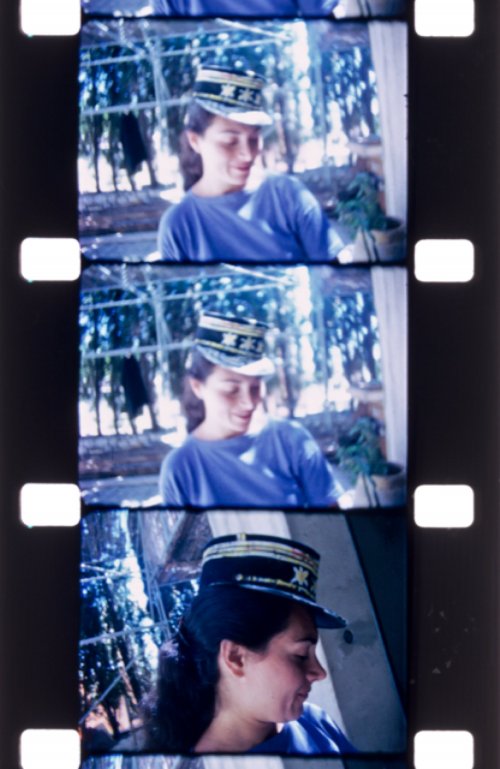 For the Spoleto project, Hill immediately gave the Stones $5,000 and the benefit of his own familiarity with Menotti. Guided by the Mekas brothers, the Stones met, befriended, encouraged and most significantly unified the young avant-garde filmmakers, so that the programme they had ready for Spoleto 1962 introduced New American Cinema as a cohesive movement.

Although they were already revered as godfathers of progressive American cinema, the Mekas brothers’ own film efforts had been sporadic. The Stones became their producers: Jonas remembers that Barbara’s “concentration, optimism, humour and joie de vivre saved many situations”. With Adolfas they made Hallelujah the Hills. Jonas filmed two productions of the revolutionary young Living Theatre. With an inexperienced recordist, the sound on both films was disastrous. Memories of Frankenstein was abandoned after a few inaudible screenings, but the muffled obscenities of The Brig won high praise at Venice for its experimental sound.

They went on to produce three films by Robert Kramer: Ice (1970), Milestones (1975) and Scenes from the Portuguese Class Struggle (1977). They were also in time to produce Jerome Hill’s autobiographical but, as it turned out, testamentary Film Portrait (1972), which in 2003 was selected for permanent preservation by the US National Film Registry.

Barbara’s only venture into direction came when she was invited by the Cuban Film Institute (ICAIC), along with Adolfas and David, to make a film in Cuba. As Bernardo Bertoucci puts it, “Their politics were… utopian”. Compañeras y Compañeros (1970) was a 140-minute assembly of interviews with ordinary Cubans about the effect of the revolution on their lives. US-Cuban relations were at their most belligerent, and US security services made no secret of their interest in the Stones. It seemed prudent to relocate, with their family of four young children. 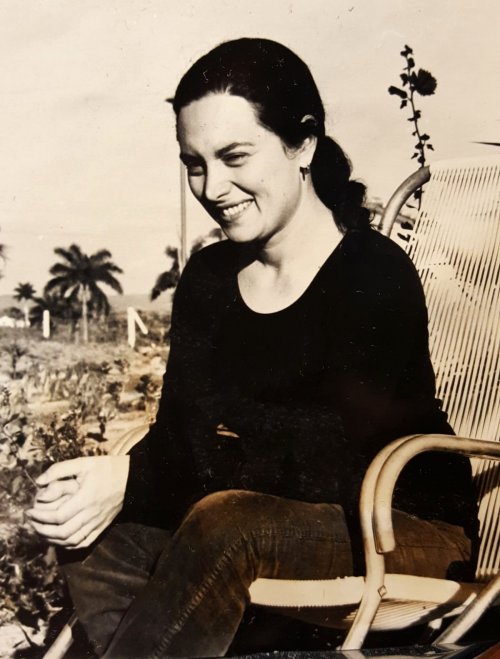 London was cheap and presented no language problems. Luckily, starting with Jerome Hill, there was generally a fairy godfather or deus ex machina who stepped in at the right moment – drawn by Barbara’s charm, David’s fast never-take-no-for-an-answer presentations and the invariable viability of their projects. In London it was Alan Power, an entrepreneur with money from radio, who asked, “Would you like a cinema?” Along with the refurbished 280-seat Classic Cinema in Notting Hill, thereupon renamed the Gate, Power also helped establish a distribution company, Cinegate, to go with it.

Scouring the European festivals for product, their first acquisition was three films by the virtually unknown Rainer Werner Fassbinder. The Merchant of Four Seasons, The Bitter Tears of Petra von Kant and Fear Eats the Soul were the first Fassbinder films screened in Britain and brought the new cinema instant critical and box-office success at its opening in September 1974.

The Gate regularly triumphed with films that others had passed over, including La Cage aux folles (1978), and Woody Allen’s Annie Hall (1977) and Manhattan (1979), which had been firmly rejected by the commercial circuits. Allen did so well at the Gate that opening times were brought forward to midday. Other round-the-block successes included Derek Jarman’s Latin-dialogue and full-frontal Sebastiane and Oshima’s Empire of the Senses, for which the Gate was temporarily (if a little fictitiously) converted to a club since the film was refused a censor certificate.

They never employed publicists, but promoted the films personally. The commercial circuits recognised their skill as programmers and exhibitors. In 1978 EMI handed over to them, for running costs only, their failing new cinema in Brunswick Square. The Stones twinned it and operated it successfully as Gate 2. In 1981 Rank offered them the Camden Odeon, which was beautifully restored to its art deco glory, though tripled, and renamed Gate 3. 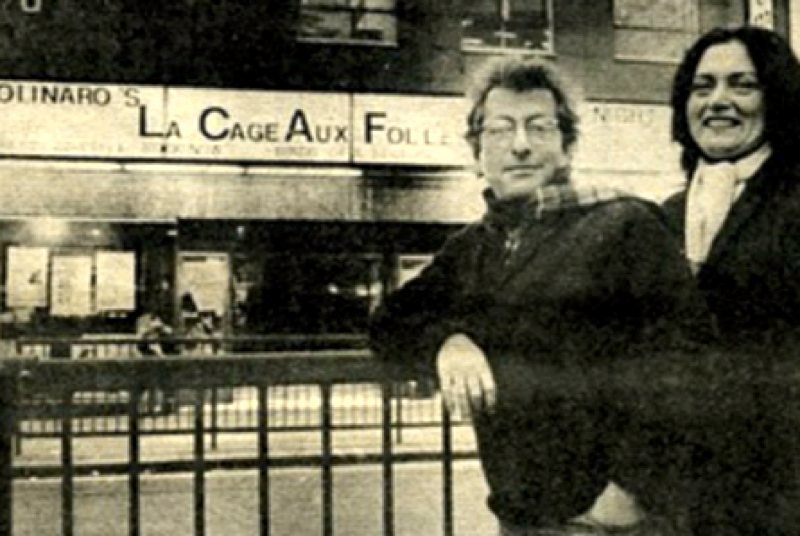 David and Barbara Stone outside their Gate Cinema in Notting Hill, London, circa 1980

In the 1980s the Stones developed a number of feature projects. Films by István Szabó on Rosa Luxemburg and by Richard Eyre on World War I London music halls were frustrated by a turnover in Warners’ management. Other unrealised ideas involved Bertolucci and Scorsese. As associate producers on The Doctor and the Devils, however, they were able to defend Dylan Thomas’ script from the executive producer Mel Brooks.

In 1986 the Gate cinemas, with their leases coming to an end, were abruptly sold, and David briefly achieved an old ambition to be a restaurateur, which rather bored Barbara. Finally, around the time of Bill Clinton’s election, the Stones decided that after two decades they would confront America again. Barbara worked briefly as managing director of the then embattled San Francisco Film Festival, and served on the board of directors of the American Conservatory Theatre. David meanwhile took a degree in drug counselling, and on their return to London ran his own counselling practice until his death in 2011. 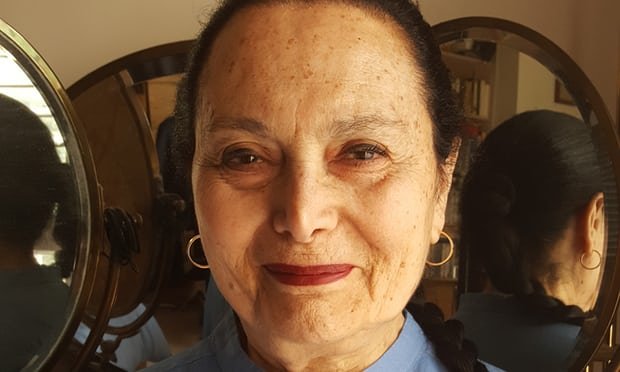 Barbara was unstoppable. Still retaining the poise and looks of her modelling days, she produced Joanna Hogg’s debut feature, Unrelated (2008), and co-produced, with her son Jordan, Roman Fever, directed by Derek Coutts from an Edith Wharton story.

At the time of her death she, Coutts and her producer daughter Alexandra were at work on a television series about the Roma. Since Brooklyn College she had never stopped reading and writing poetry, and was collaborating, notably with the lyrics, on a stage musical with her son Dylan Jonas (forenamed after Dylan Thomas and Jonas Mekas). As one of its founding directors, she was energetically promoting the newly established Playground Theatre in a converted bus station near Ladbroke Grove. The last time we met, it was to discuss the possibilities of starting a silent film festival there.

Last year, her half-Italian grand-daughter, Veronica Stone, made a touching feature-length film portrait of Barbara as her graduation thesis. Barbara tells her firmly, “Films are about telling stories. Not about pyrotechnics and camera tricks. Fassbinder didn’t need to be experimental. He understood how to tell a story”. But she never stuck too strictly to rules, even her own.