Penelope Houston: viewer at the top

From the spring of ‘Bergmania’ and the high summer of European cinephilia to the onset of home video, Sight & Sound’s longstanding editor elevated both her magazine and the art it championed, by keeping her eyes on the bigger picture. 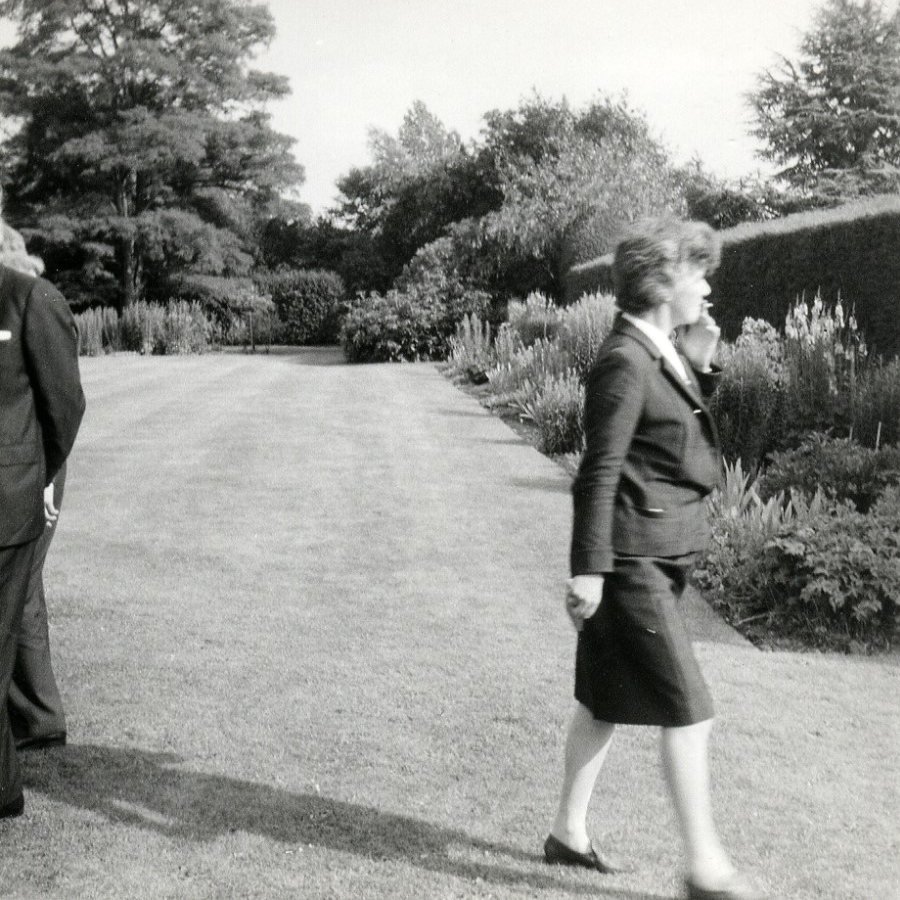 In February 1947 Penelope Houston, then reading modern history at Somerville College, Oxford, reviewed a think-tank report on British film policy for the student weekly Isis. Noting that three of its four proposals had already been adopted, she concluded by endorsing the unfulfilled fourth: “that the somewhat moribund but valuable British Film Institute should be reconstituted and set firmly on its feet.” Scarcely more than two years later, she would take a leading role in this enterprise when she and her equally youthful colleagues on the short-lived magazine Sequence, including Gavin Lambert and Lindsay Anderson, were asked to take over the BFI’s publications. In 1956, having served as his deputy, she replaced Lambert as editor of Sight and Sound, and over the next 20 years she made it the world’s leading film magazine. 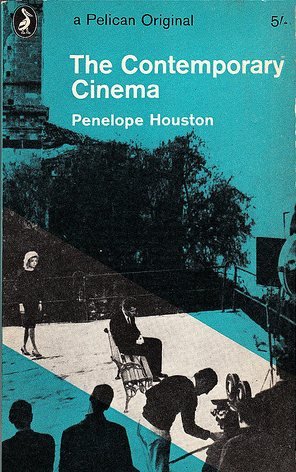 Houston herself recognised that the early years of her editorship spanned an extraordinary period in film culture; as she wrote later, the 1960s produced “a whole range of film images that imposed themselves very powerfully, from the figures in Antonioni’s north Italian landscapes to the corridors of Alphaville; from Kubrick’s monoliths in space to Resnais’s chateau lost in time”. But Houston’s Sight and Sound was participant as well as observer in the great art-cinema boom which began with the ‘Bergmania’ of the late 1950s, addressing a readership that more than doubled by the mid-70s. Expanding its horizons well beyond western Europe and the US, it earned its billing (from 1963) as “The International Film Quarterly”.

Despite all this, she is best known for her part in a local skirmish over auteurism which has been consistently misinterpreted as a result of the popular misconception that before Cahiers du Cinéma came along no one had known one Hollywood director from the next. In her 1960 essay The Critical Question, Houston responded to attacks made on Sight and Sound by the undergraduate critics of Oxford Opinion (later of Movie), and took the fight to their idols in Paris; but her question “Ray or Ray?” (ie, Nicholas or Satyajit) had less to do with the clash of art and commerce than with the young critics’ refusal to relate art to experience. As she pointed out, Sequence had helped to get Nicholas Ray’s debut They Live by Night (1948) released in the UK. Later she wrote, with well-modulated sarcasm: “Sequence wrote about Ford’s Westerns and Minnelli’s musicals; Movie about Preminger’s melodramas and Minnelli’s non-musicals.” 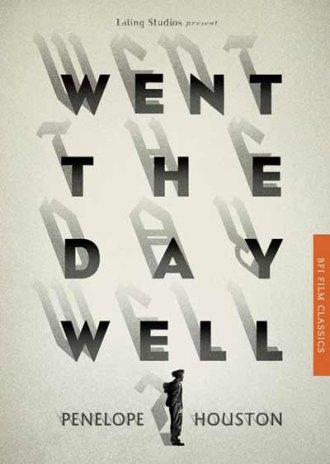 In truth, Houston was less enthusiastic about post-war Hollywood than her Sequence colleagues, but largely because she held in greater esteem the earlier Hollywood of Garbo, Hepburn, the Marx Brothers and Preston Sturges, “that auteur before the name if not before the fact”. (For related reasons she preferred Hitchcock’s British work.) While still a student she wrote that Wilder’s Double Indemnity (1944) was “one of the few recent films which have checked Hollywood’s headlong leap into mediocrity, and can stand up in any company”.

With this in mind, the line in The Critical Question most revealing of Houston’s own critical sensibility might be her observation that “there does not seem to be much appreciation for the consciously cynical and sophisticated” in the auteurists’ writing. Conversely she once praised Richard Winnington, film critic of the News Chronicle and an early supporter of the Sequence gang, for his “pleasant astringency”, which captures something of her own style quite well. Describing a conversation with Pauline Kael, whom she had brought into Sight and Sound as a virtual unknown in the early 1950s, Houston recalled that her contributor was under the impression “that the English were not quite serious. ‘You English are so flippant,’ she sighed, when I once suggested that the New York film press took a slightly exaggerated view of its own importance.” 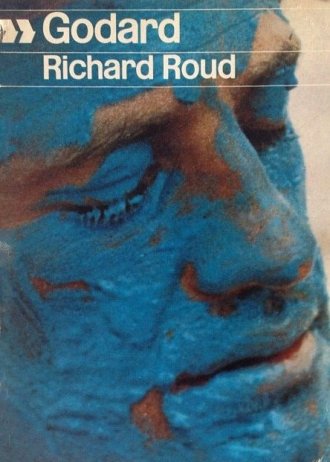 In its 1960s heyday Houston’s Sight and Sound was serious – she published Susan Sontag on Bergman’s Persona (1966) – but not burdened with the need to proclaim its seriousness. Houston felt that it was in any case difficult for anyone working in the BFI’s hugger-mugger Soho offices to assume the “mantle of self-importance” – and she regretted the later era of “staidness and empty corridors”. Moreover, the decade, though “in many ways shoddy, dangerous and discredited”, was for Houston and her colleagues a time of “sheer energy and sense of opportunity”, and not conducive to excessive introspection or nostalgia. In addition to the magazine, in 1967 she oversaw the publication of the earliest entries in the BFI’s landmark book series Cinema One, the first two of which were written by her key contributors Richard Roud (on Godard) and Tom Milne, her deputy (on Losey).

Although Houston’s star had risen alongside such future directors as Anderson, Karel Reisz and Tony Richardson, neither their films nor British cinema in general received much in the way of special treatment. In 1970, after she had written of If…. (1968) that “Anderson is still lashing out at Nanny”, Anderson and Reisz, as BFI governors, tried to get her fired and to turn the magazine into an institutional house journal which would bang the drum for the national product. Though they failed and Houston’s independence was preserved, Milne left as a consequence of the row (fortunately he remained a contributor). Roud had departed for New York not long before, and as the 1970s wore on Houston was increasingly isolated from the rest of the BFI, then embroiled in a series of grinding political battles. Geoffrey Nowell-Smith describes her tuning out of top-level meetings, “preferring to study the racing form-book while listening with half an ear in case something was said which might affect the interest of the magazines”. 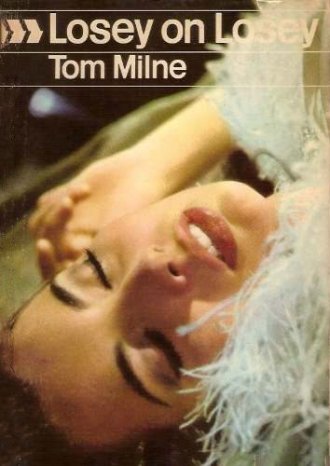 Despite these unhappy circumstances, Sight and Sound reached its circulation peak in 1974, and the magazine was perhaps stronger than ever. For all that Sight and Sound was a target of the rising generation of film theorists clustered around the journal Screen – Peter Wollen once damned it as being populated by “intelligent, cultivated people who shared an ability to ‘write well’” – Houston actually moved with the times very effectively. A not untypical issue of 1976 features Stuart Hall on ‘Television and Culture’, Lucy Fischer on Tati (with an afterword by Jonathan Rosenbaum), and Fassbinder on Chabrol; and the magazine consistently published original historical research. Even when she made her disengagement with the contemporary scene explicit, at the turn of the 1980s, it was on the grounds that the required “shake-up of ideas and assumptions similar to that provided twenty years ago” had not been forthcoming. She chided the voters in the 1982 decennial critics’ poll as “astonishingly conservative”.

Able to recall a time when “neither film-makers nor filmgoers felt the need to look back over their shoulders, remembering how it had been done before, or to play games consciously with the genres”, she was not fitted for the postmodern 1980s; but her study of the critical form-book remained keen, as is demonstrated by her use of the brilliant and frequently playful postmodernist Gilbert Adair. Still, the film culture which her magazine had helped shape was changing, indeed becoming a videocassette culture, a shift epitomised by the closure in 1986 of the Academy Cinema, whose advertisements had adorned the back cover of Sight and Sound since the winter of 1958, the season of Bergman’s The Seventh Seal (1957) and Satyajit Ray’s Aparajito (1956). She was persuaded to step down towards the end of 1990 (at about the same time as her Somerville contemporary Margaret Thatcher). 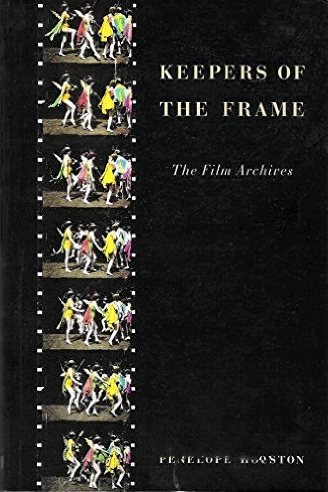 Keepers of the Frame, Houston’s 1994 survey of international film archives

The two books she wrote subsequently reflect on the film culture in which she was formed in the 1940s. The Sequence writers were sceptical about what press critics hailed as the “Finest Years” of British cinema, whose special quality was often attributed to the introduction of documentary technique to the feature film. Houston herself wrote in 1947 that “although admirable in small doses, documentary technique is not always a good training ground for fiction”; 45 years later her BFI Classic on Cavalcanti’s Went the Day Well? (1942), a case in point, found that Cavalcanti was no ordinary documentarist, and that his film was “the joker in the British wartime cinema pack”.

Published in 1994, Keepers of the Frame, her history of film archives, is a partial history of the valuable aspects of the BFI before she arrived, and more obliquely a kind of meta-history of film, concerned not with the passing images which might appear on this or that strip of inflammable celluloid, but with the heroic and initially haphazard enterprise of keeping it in being; and then with its mutation into electronic media. Describing the rise of home viewing with just a hint of nostalgia for the bad old days, she wrote that “films which the archives had jealously guarded, which they had treated as unique, rarities to be shown only to researchers on their own premises or at best in small cinemas under their control, were finally out in the open.” The achievements of Houston’s protagonists, such characters as Iris Barry, Henri Langlois and Ernest Lindgren, were apt to be taken for granted; and the same could be said of her own.

☞ Our eight-decade archive is now accessible via digital subscription. .

Related to Penelope Houston: viewer at the top