Cinephilia down the ages: a Museum of the Everyday

An exhibition devoted to obsessive and quirky records of cinemagoing reveals how film fandom, and geekery, have transformed over the past century. 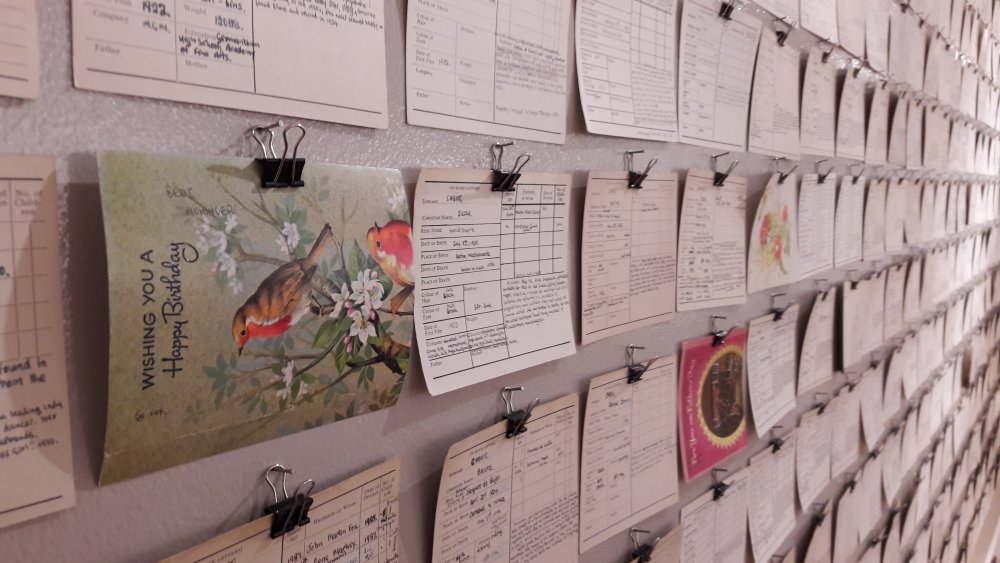 A Museum of the Everyday: Cinephilia and Collecting

Cinephilia has changed with the decades. What was once a hidden passion with few visible signs is now a point of cultural pride, one that can be quantified by biscuit tins filled with ticket stubs, a shelf of Criterion Blu-rays or stacks of magazines. Jack Wormell, a filmmaker who has co-curated (with Matthew Harle) an exhibition devoted to revealing this obsession, describes it as a very mundane kind of mania: “There are all these incredible little insights into the everyday, but they are also quite strange.”

A Museum of the Everyday: Cinephilia and Collecting continues until 27 January 2017 at the Birkbeck Peltz Gallery.

In the early decades of cinema, those attracted to the flickers may have struggled to justify their intense interest in a faddish entertainment aimed at the working classes and considered barely of merit. However, fan culture flourished in magazines and gossip columns from the 1920s onwards, with a parallel intellectual interest cultivated by film societies and criticism. Film collectors gathered small-gauge copies of films to treasure and to screen at home, and come the 1950s the most famous cinephile outbreak of them all emerged in Paris among the critics of Cahiers du Cinéma who analysed Hollywood movies, discovering meaning as well as inspiration for . In the 1970s, a generation of movie-makers who had been trained at America’s first film schools rose to the top of Hollywood, with movies that combined nostalgic appreciation for classic films with the energy of youth.

The late 20th-century cinephile could display his or her enthusiasm on shelves, with tapes or discs, ordered chronologically or alphabetically. Again, directors emerged from this fan culture, with video-shop browsers picking up cameras to shoot films inspired or informed, by their omnivorous consumption. Filmmakers such as Quentin Tarantino unabashedly took to the Cannes film festival, and being a ‘film nerd’ became almost cool.

As Wormell says, citing the example of hotly debated comic-book franchises, this pure geekdom has now been co-opted into the mainstream. In the 21st-century, the internet has created a new home for cinephiles to detail and dissect the medium they love. From chat forums, blogs and ‘Film Twitter’ to the micro-review site Letterboxd and the armchair experts updating IMDb, the web provides ample opportunity for the discussion of cinema, but perhaps at the cost of rigour and professionalism. With the advent of video streaming and DCPs, cinephilia has become more public, while both it and film itself have become less tangible. 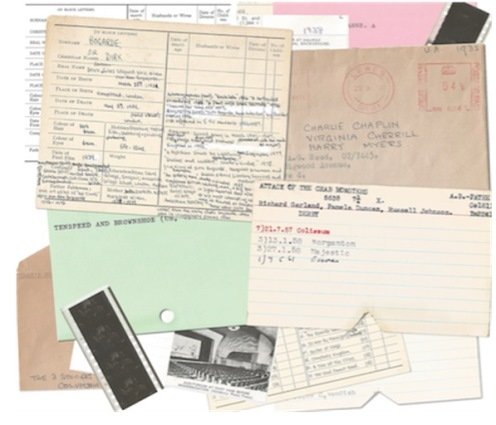 A Museum of the Everyday: Cinephilia and Collecting

A Museum of the Everyday: Cinephilia and Collecting, an exhibition at the Birkbeck Peltz Gallery in Bloomsbury, central London (admission free, continues until 27 January 2017), takes us back to a simpler time in cinephiliac discourse, even though some of its artefacts date from the present decade. Collected here are the physical relics of individual film-lovers’ cinema habits. For some viewers, each screening must be documented. For others, the cinemas, the stars, the reviews, even the very celluloid must be captured in a scrapbook or envelope or – what constitutes the bulk of this intriguing show – noted on index cards, alphabetised and filed.

The exhibits were all taken from the stores of the Cinema Museum, an Aladdin’s cave of cinematic ephemera in Kennington, south London which, as it remains by-appointment-only, has preserved these quirky collections in near-privacy for years. It was a trip to those archives three years ago that inspired the show: “The museum is devoted to cinemagoing and memorabilia, but through all that there is a sense of the everyday approach to cinema and I think these archives personify that,” says Wormell. “These normal people who were just obsessed with going to the cinema and recording this in a way very mundane activity.”

Among those who preferred books to filing cabinets, Constance M pasted film stills on to blank pages to create a vivid scrapbook. A snapper called Ken George filled 17 albums with photographs of south London cinemas and houses. Schoolboy Peter Ewing detailed his wartime film viewing in neatly colour-coded journals, complete with a “temperature” rating – 100 degrees for “perfect” and a cool zero for a “dismal failure”. He interspersed his analyses with annual film awards and collages of star portraits, and even returned to his exercise books in the 1970s to add annotations based on TV viewings of the same Golden Age titles. 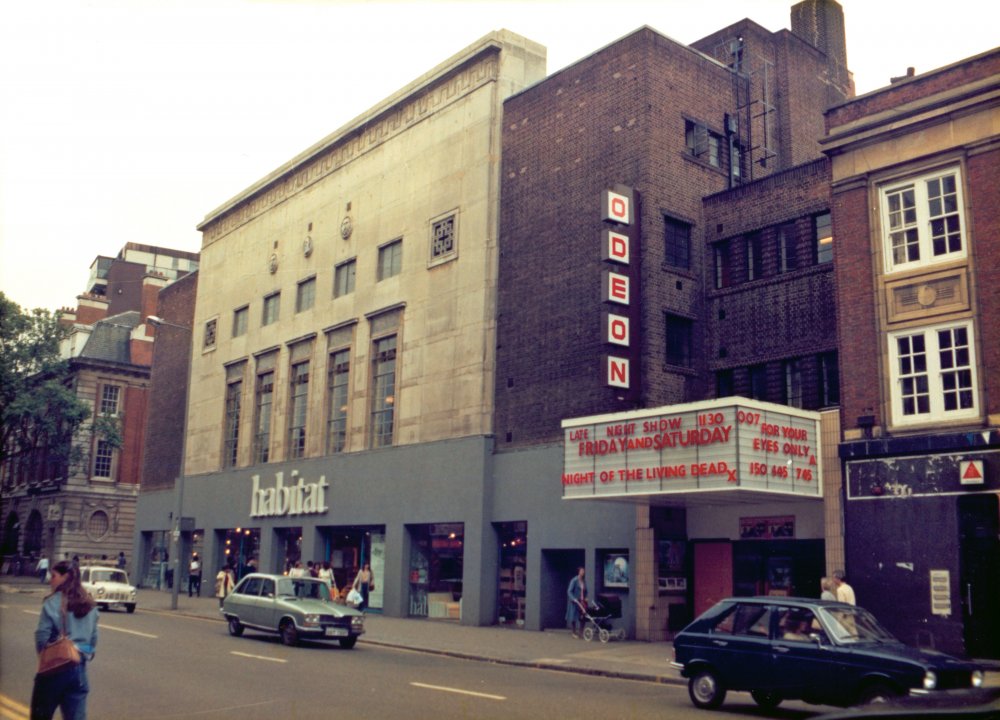 The Chelsea Odeon, which changed its name from the Gaumont Theatre in 1963

Other collections in the gallery are yet more eccentric, despite their semi-official appearance. Tucked away on cards measuring three inches by five and slotted into drawers are the records of films watched or just acknowledged by diligent enthusiasts. One 480-card catalogue provides references for newspaper and magazine film reviews of early 90s movies (Sight & Sound not included in the samples I saw). This metal box is both a pre-digital aid for the researcher who might want a sense of the critical response to Hellraiser III, and a reminder of a time when audiences had to await and then remember reviews rather than Googling them on a smartphone while scanning the listings. A single drawer of 183 cards documents the opening and closing of Odeon cinemas. An “index of national film screenings” details where and when individual movies were shown, but with listings mainly confined to the Midlands. An impressive set of 16,000 typewritten cards catalogues various European films and directors – a feat of organisation, but one that does not betray the devotion which likely prompted it.

Wormell’s favourite exhibit, and the most intriguing of the small cabinets, contains film scraps collected by amateur projectionist Graham Head in the 40s and 50s. “He had a home-made cinema in his back garden in Hove in Brighton, and after he projected a film he used to snip out a few frames of the celluloid,” explains Wormell. 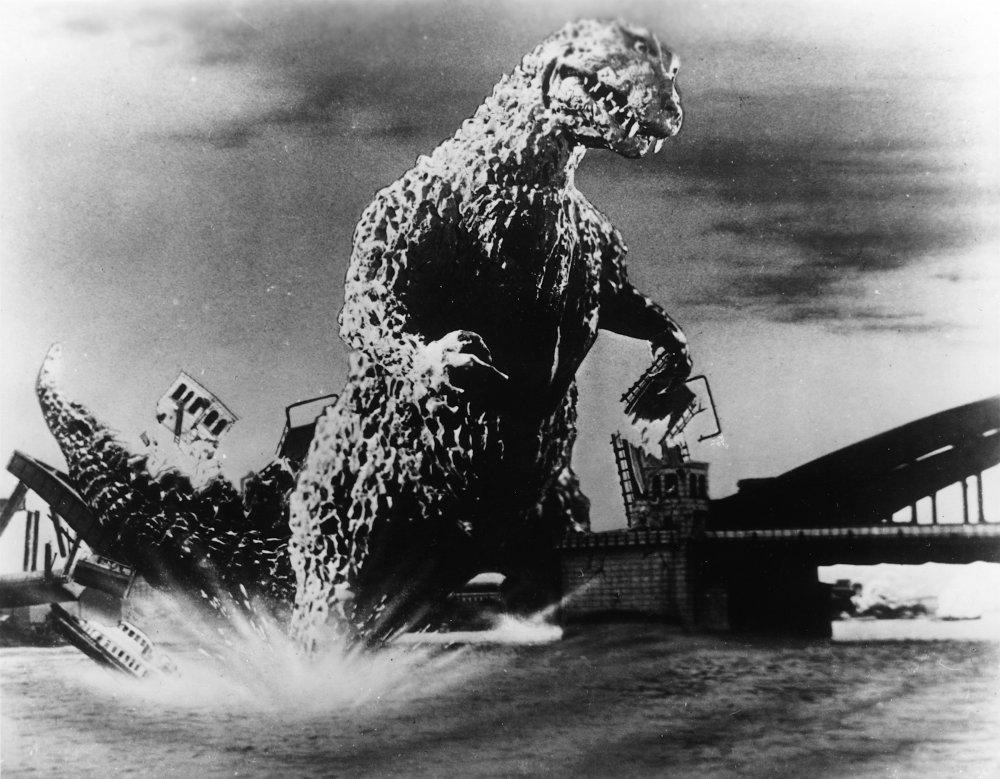 These fragments are collected in 2,000 separate envelopes, with credits and occasional commentary on the front. The surprise is not just how many of the films screened were unidentified, but how passionate, and occasionally self-important, Head’s remarks can be. “I detest all films in which animals are even slightly inconvenienced,” he says in relation to an amateur 16mm safari film. On a newsreel of JFK’s assassination he comments: “I would willingly torture the killer for as long as I could keep him alive.” Godzilla is “puerile and cannot possibly persuade even the lowest of low grade audiences to accept it from any viewpoint whatsoever”. One note recalls that while Head screened this film, a murder took place nearby. An information card reports that Head would also record his daily movements with a tape recorder strapped around his neck. The no doubt revelatory tapes are also somewhere in the Cinema Museum, to be unearthed at a later date.

The largest collection, which dominates an entire wall of the gallery, is Vic Kinson’s vast, 36,000-strong index of film stars, which Wormell calls “an endless rabbit-hole of interest”. On specially printed cards with spaces for each actor’s vital statistics, marital history, career and a brief description, Kinson describes stars appearing in films from 1927 to 2012. 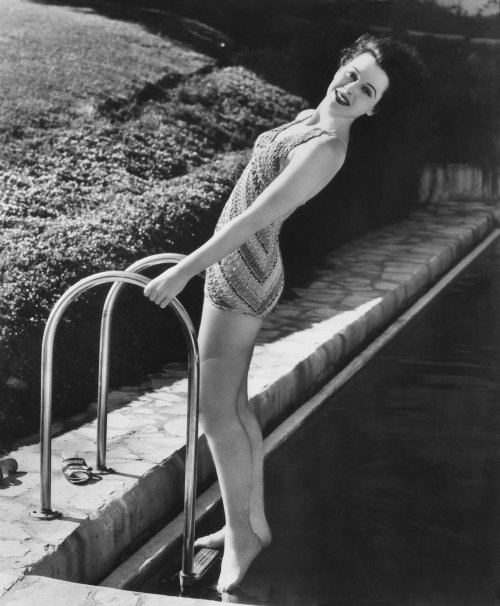 Hedy Lamarr: the most beautiful actress ever to appear on screen?

It’s a jaw-dropping endeavour. Kinson took great care over his bespoke cards – updating and amending them with his tiny fountain-pen script and delicate dabs of correcting fluid. On a card for Phil Silvers, he saw fit to return and clarify the character of Sgt Bilko as a “Machiavellian rogue” and to insert a reference to the comedian’s vaudeville background. Some cards, such as those for Laurence Olivier and Ingrid Bergman, are crammed with films, details and references, reflecting the length of their careers. Others, such as the entry for Sharon Tate, are poignantly brief.

Despite the discipline of the exercise, Kinson allows himself the occasional editorial flourish, describing Hedy Lamarr, albeit uncontroversially, as “perhaps the most beautiful actress ever to appear on screen”. It seems that if his supply of cards dried up, Kinson would improvise rather than wait for a fresh supply. One hopes that “Joyce and Albert” did not mind their Christmas card being reused for British character actor George Benson: “the nervous ‘little man’ of countless films”.

While developing the exhibition, Wormell found himself increasingly intrigued by Kinson. “Is he cataloguing every actor in a film that he saw, or is he picking and choosing? There are tantalising mysteries about what drove him, and about what his criteria were.” Although his library spans such a long period, it reflects an earlier era of fan culture. A latterday Kinson might be more inclined to collect directors rather than stars, for example, and Wormell detects the influence of fan magazines in his devotion to recording stars’ eye colours and favourite hobbies.

Not all of us will bequeath in-depth film journals to posterity, let alone a data library as impressive as Kinson’s – though there are probably still a few hard-earned ticks in the copies of Halliwell’s Film Guide for sale in charity shops. Wormell claims he personally lacks the rigour for this hobby and he also suspects it is a dying art. “It would be interesting to see if there are people who are still alive who are writing film journals, or recording things in this sort of formal, indexical way now,” he says, “or whether the ease with which we get information now has made that much more rare.”

The questions that this exhibition raises cannot be answered by IMDb, however. The fact is that we have plenty of information about Gary Cooper and Lethal Weapon 3, but precious little about Kinson, Ewing, Head and comrades. Their cinephiliac records, as Wormell says, are “the only window into their lives we have”.